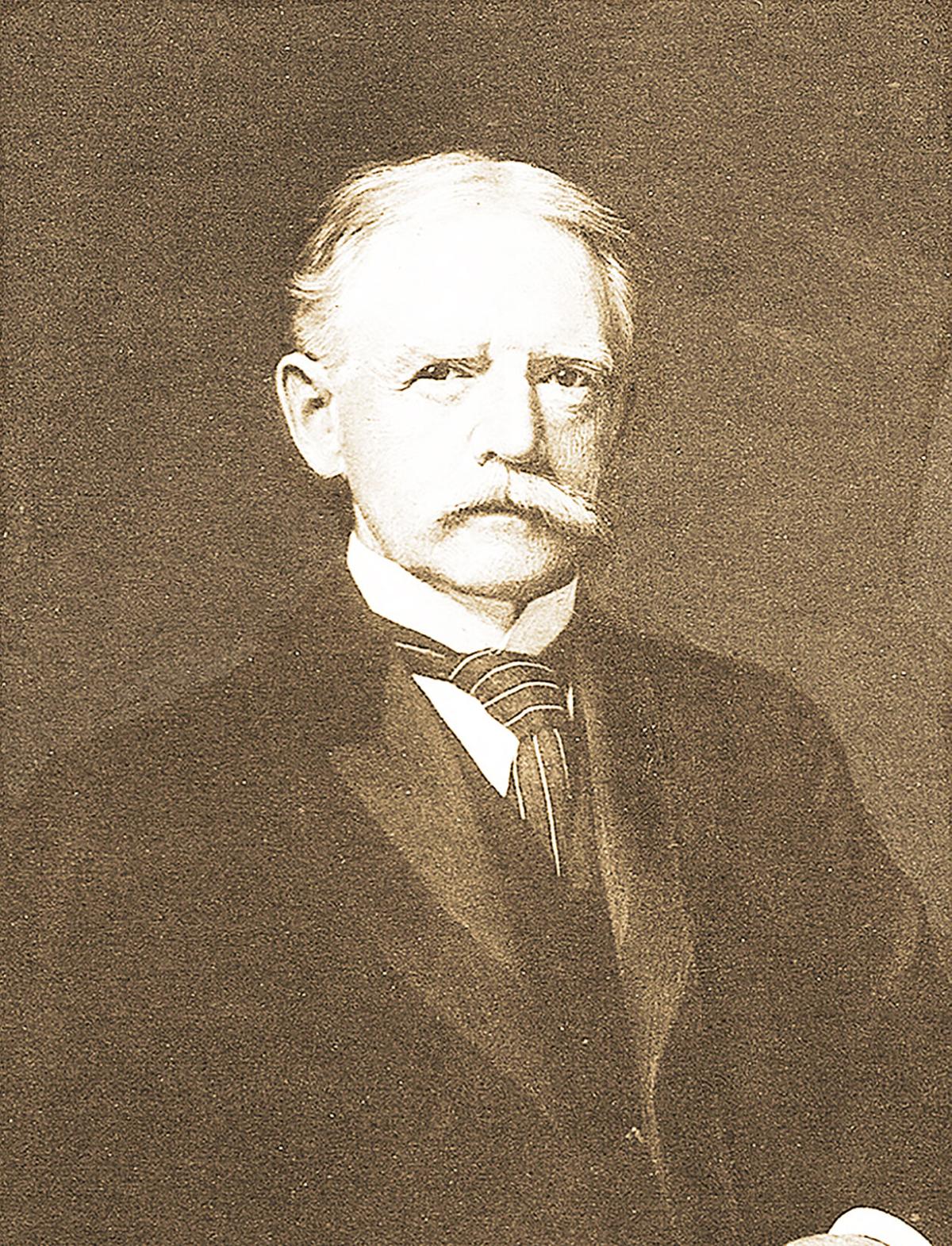 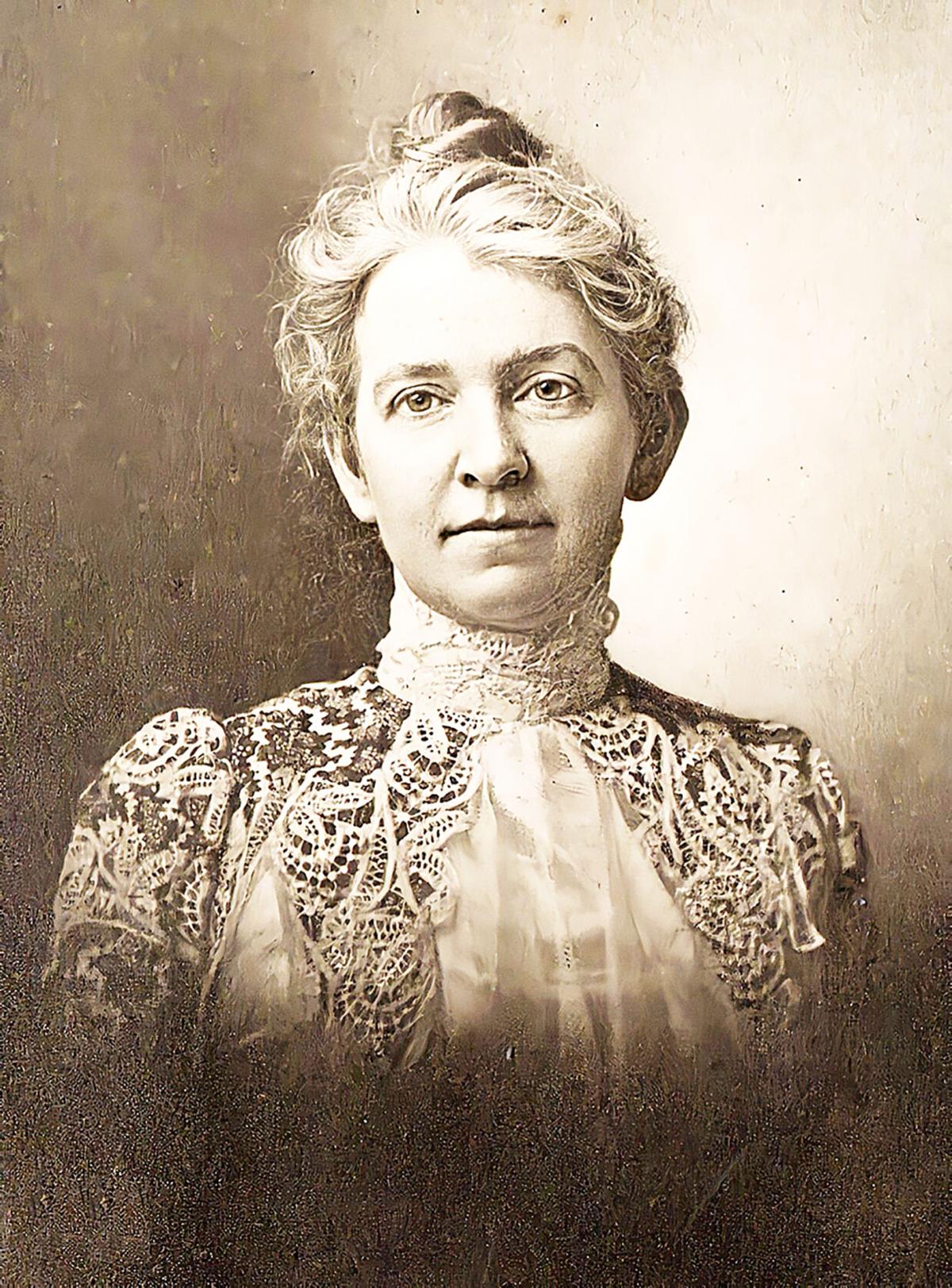 WINCHESTER – For her, the connections that would lead to the love of a lifetime began at Vassar, where she formed a friendship with an older girl, Clara Glover, of the Class of 1868.

For him, it began when, after vacillating among several career options, he took up the study and practice of law in Boston in 1874 and was called upon to do some legal work for Edwin Ginn, the book publisher.

After Glover and Ginn married in 1869, the stage was set for their young friends to meet, something unlikely had they stayed in their own home towns.

Hastings-on-Hudson was the home town of Sarah Lilla Thomas. Her father, Cornelius, had died two weeks before her 12th birthday (1865), leaving his widow and their four daughters initially well provided for. Lilla was reared, according to author/editor Frances J. Dyer, “in a home of affluence and of high ideals, surrounded by beauty in the outward world and environed with the finest social influences.“

At age 19, she graduated from Vassar with the Class of 1873. According to hearsay repeated by Lilla’s daughter Margaret, Vassar graduates “were alarming young women.”

Alarming or not, Lilla “was always intensely alive,” Dyer wrote. Though afflicted with “a certain delicacy of constitution which she never outgrew,” contemporaries found her endowed with a sparkling wit, affability, and charm.

Though Samuel James Elder was born in Rhode Island, Lawrence became his childhood home. There his mother ran a boarding house to make a living after her husband, a sea captain, was robbed and murdered on route to join his ship and she was left with an eight-month-old son.

Sam was also troubled by illness – he was warned to expect an early death – but was still active and ambitious to succeed. With some help from his uncle added to his savings from his paper route and bill-collecting jobs, Sam went to Yale, graduating with the Class of 1873.

“Sam was retiring, modest, but had a most attractive smile and manner,” his friend William Howard Taft wrote. As an adult, he overcame his youthful shyness and won people over, as Taft noted, with his wit, broad sympathies, intelligence, and sense of responsibility.

Although four doctors told him that the rigors of further study would be suicide, it was the career he wanted most among the options presented to him. After finding work in Boston and taking law classes, he passed the bar exam in 1875 and put up his shingle outside his first office on Court Street.

Not only did studying law not kill him, his health improved under the right treatment. But professional success came slowly. There were times he had work, and times he didn’t. Those early years were uncertain ones, though there was one thing he knew – he had found the woman he wanted to marry.

“It was an evening late in February in the year of 1874,” the Elders’ daughter Margaret related. “There was a ring at the door of the house at 4 River Place, Boston. A maid opened the door and ushered into the parlor a short, well-proportioned young man who was dressed in a neat, conservative style. He had stiff reddish hair, more reddish side-whiskers and a plenteous moustache. As he entered the room a young girl of 20 rose from a seat where she had been reading or sewing. She was small and slender. She had soft curling nut-brown hair and blue eyes; her color was bright, her dress fashionable.

“She did not know the young man, for she had just arrived as a guest in the house of her friend, Clara Glover Ginn. This friend had been her instructor at Vassar College, and had lately married a rising young publisher of Boston named Edwin Ginn. The young lady visitor at the Ginns' fled on seeing the unknown gentleman and ran upstairs to her host and hostess.

“‘One of your book agents is downstairs,’ she cried a little breathlessly to her friend's husband. ‘I guess not,’ replied Mr. Ginn, with considerable emphasis, ‘if it's Sam Elder.’ And Sam Elder it proved to be. He too had known Miss Glover before her marriage and even before she taught at Vassar. She had been one of his teachers in the Lawrence High School. Moreover, he had already begun to do a little legal work for her husband.”

Although on first sight Lilla really thought Sam a book agent and he considered her frivolous and a coquette pretending to shyness, once they got to talking, Lilla and Sam found they enjoyed each other’s company.

The time came for her to go home. They corresponded. Later in the year he visited her family in Hastings. About a year after meeting, they became engaged.

“This,” he wrote, “has wrought whatever improvement there has been in me, has given me a definite purpose in life…and has given me high hopes and ambitions for the future.”

What concerned him most, he confided in his journal, was when he could afford to be married.

So they continued to write. During the fall of 1875, Lilla returned to visit friends in Massachusetts and met Sam’s mother. Both families favored the marriage.

The trouble was money. “It is entirely a question of financial ability,” Sam wrote, “my income is insufficient.

But disastrous news in her family forced a decision. Again visiting the Ginns, then living in Malden, Lilla received a letter from her mother. Her finances, mismanaged over the years, were in disarray. They hastened to Hastings where Sam looked them over “and found them in deplorable condition.”

Lilla could have taken work as a teacher, but Sam decided they would marry. And they did, on May 10, 1876.

“We were absolutely without other means than my profession,” he wrote 11 years later, “and it makes me shudder after these years to think of the risk we took.”

“The first years of married life were filled with intense anxiety about money,” Margaret wrote. The Elders moved to Winchester, then modestly priced, to which the Ginns had earlier gone. They struggled to make ends meet.

They first boarded at 7 Wildwood St., paying $25 a month rent. They had to shut up the parlor for want of furniture.

Because Lilla had been ill, they had extra bills, and then they lost their first child.

“There were many times that the end seemed just round the corner,” Sam wrote in his journal. “It seems as if the loss of a single case or collection during that period would have smashed my house of glass.”

The year 1879 began with little work, but in May his practice turned a corner. Winchester’s wealthy David N. Skillings (whose daughter Mary graduated from Vassar a year after Lilla) sent him some work. Another important client did the same. Over the coming years, his practice grew with more clients and cases of more importance. He became a lawyer of great stature and, according to the Board of Selectmen, “a most distinguished and beloved citizen.”

“Sam’s marriage was his most fortunate step,” declared Taft who took the opportunity to visit the couple in Winchester several times. “His family life, with his wife, three daughters and a son, was sweet in every way.”

In 1905, having selected a site reminiscent of Lilla’s home at Hastings overlooking the Hudson, they moved into a new home on Myopia Hill overlooking the Mystic Lakes. It was spacious enough for Lilla and Sam, who played baseball all through high school and college, to host the 22 members and managers of the Yale baseball team prior to a game against Harvard in June 1907.

But, whether they lived in a Chelsea boarding house, rented a partially furnished Winchester house, or looked out from a Myopia mansion, their home was always a place where they treasured each other constantly.

After 25 years of marriage (1901), Sam wrote to Lilla upon looking at her portrait, “the eyes looked at me and smiled and the whole face told me of the girl love you have given me all these years. I never knew before what a wonderful, sensitive, speaking, loving likeness it is. All the years rolled away and the long, loving life you have given me passed by in fond procession.”

Six years later she died from apoplexy. Cared for by his daughters, Sam remained a widower, dying suddenly in 1918.

In writing “The Life of Samuel J. Elder,” daughter Margaret included a poem which Lilla wrote in 1898, “To My Dearest,” whose sentiments correspond to those in Sam’s letter quoted above. It concludes:

One heart there is whose tender love

Is life and love to me;

The years may bring me what they may,

It matters not if I but see

My heaven here in thee.