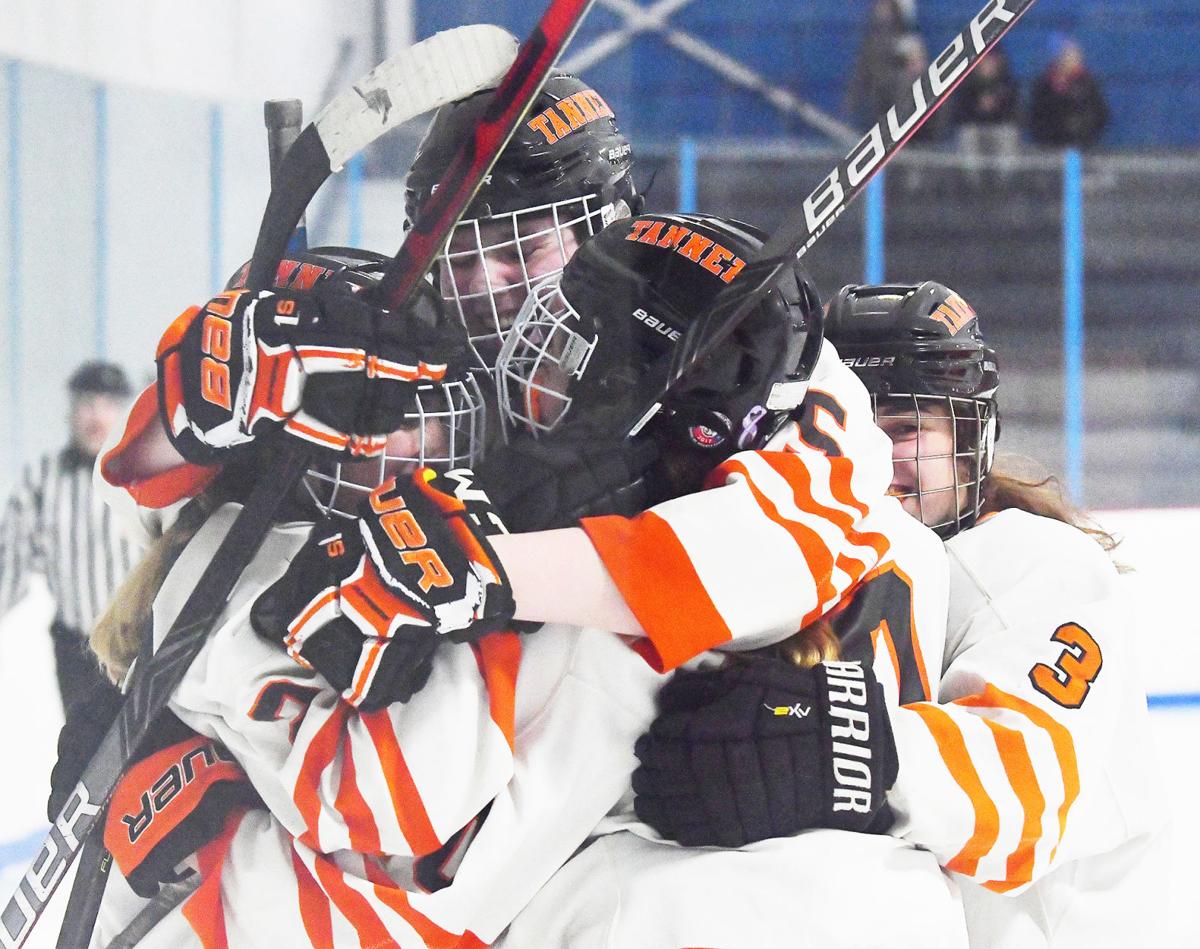 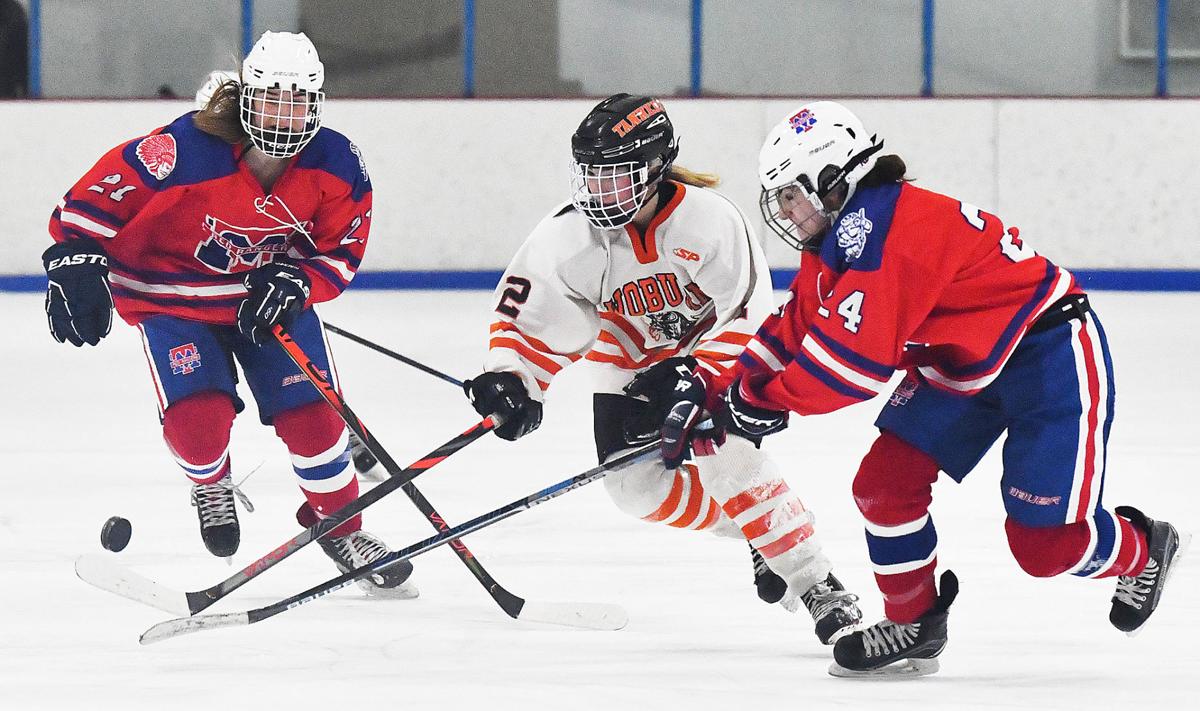 Tanner goalie Amanda Essigmann won the battle of state champion goalies and her team went on to win their first round game, 5-0.

What made Saturday so encouraging for the Tanners’ prospects was that both Woburn lines contributed to the scoring and created many quality scoring chances.

The Tanners took a 1-0 lead late in a hard-fought first period on a goal by junior Mackenzie Russo, and then a 2-0 lead, less than five minutes into the second, on a goal by Bella Shaw. The other line was on the ice for the third goal and Lucia DiGirolamo scored the last two goals.

No pressure for Lucia’s twin sister, Angelina DiGirolamo, Woburn’s leading scorer, who will probably get a little less attention, next game.

“It was great to watch and something we’ve been waiting to see all season,” said Woburn coach, Steve Kennedy. “A collective effort, not an individual effort, a real team collective effort. I think that’s what we got, today.”

The tone was set in the first period by Essigmann, who indicated right off the bat she was ready when she flashed her right pad to make a save on a shot labeled for inside the left post. Essigmann made at least three huge saves out of the seven she made in the first period. The senior co-captain showed her focus while making 24 saves on the night.

“Amanda was stupendous,” said Kennedy. “In the first period, she really needed to make a bunch of saves, and had to make second and third saves.”

Angelina had the first great chance for Woburn, with just under five minutes to play in the opening period, when she used her speed to create a breakaway. Kaia Hollingsworth, the veteran senior star for the Red Rangers, was not fooled when the talented freshman tried to go five-hole.

The Tanners got another chance, a couple minutes later, when Russo snuck behind the Methuen/Tewksbury defense at center ice and collected a beautiful, long pass from defenseman Lily Anderson. Russo skated in alone and beat Hollingsworth with a shot inside the left post for a 1-0 lead at 13:06.

The goal added a pep in the step for Russo, who was flying around in the second period, beating the Red Rangers to the puck and making plays for Woburn. Russo made the play on the first goal of the second period, working the puck down the right side, and then passing across in front of the net. The puck got through to Shaw outside the left post, and she provided the finish for a 2-0 lead at 3:54.

About a minute later, the Tanners really took charge when defenseman Jackie Lees collected a pass from defenseman Erin McComiskey and beat Hollingsworth with a slap shot from the right point for a 3-0 lead.

Methuen/Tewksbury took a timeout at that point, but the Red Rangers did not help their cause when they took the game’s first penalty three minutes later.

Lucia DiGirolamo turned it into a power-play goal about a minute later when she took a pass from Lees, low in the slot, and flicked an impressive wrist shot that beat Hollingsworth over the left shoulder.

When DiGirolamo did it again, making a perfect deflection on a shin-high wrist shot by ML Pineros, it was 5-0 and the rout was on with five minutes still to play in the middle stanza.

The Tanners focused on maintaining their nice lead in the third period, which provided more opportunities for Essigmann to show her sharpness.

“This is a season that - despite the offensive output we’ve been getting - she’s been incredibly solid in the back end,” said Kennedy, of Essigmann, the only goalie left in the tournament who has a shutout at the TD Garden on her resume. “We don’t pull out these wins without her. Absolutely.”

As the team is for every tournament game, Woburn was expecting a close battle through all three periods. To take control in the second against such an accomplished opponent should provide added confidence for the next test in the quarterfinals.

“I thought this game could go into overtime, before it started,” said Kennedy, indicating the respect he has for the Red Rangers. “I expected a real fight but we got some bounces, put some pucks in the back of the net, but it takes nothing away from the effort. They fought tooth-and-nail, just like we expected them to, the whole way.”

The stakes keep getting bigger, and the opponents keep getting tougher with each passing round. The date, time and site of the next game will be determined after tonight’s game.