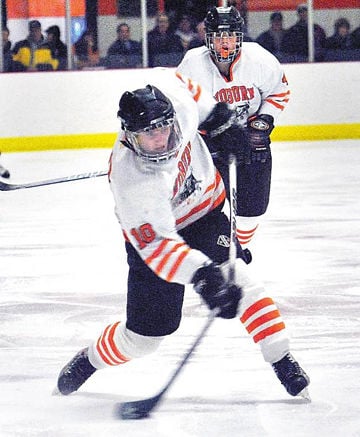 CASEY SHEA got everything he had into his slap shots from the early part of the last decade. 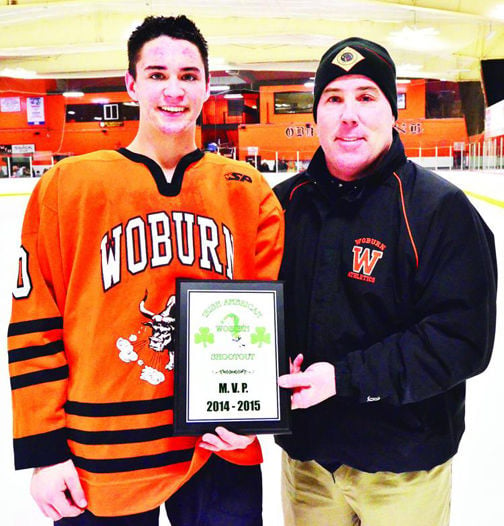 JOSEPH SANTULLO (left) helped the 2015 team to the Super 8. He is pictured with coach Jim Duran.

CASEY SHEA got everything he had into his slap shots from the early part of the last decade.

JOSEPH SANTULLO (left) helped the 2015 team to the Super 8. He is pictured with coach Jim Duran.

WOBURN — When putting together the Woburn Hockey boys hockey All-Decade team, the talent and depth reminds us just how good the Tanners were through the first half of the decade, culminating with Super 8 appearances in 2011 and 2015.

The forwards on the first two lines racked up a lot of points in their careers, and Woburn has had a great history of quality goalies.

The honorable mentions include a goalie who could have cracked one of the two top spots, and three forwards who had big individual years. Matt Baldino and Riley Duran left after making quite an impression as freshmen. Joseph Santullo had a big senior year to help land Woburn in the Super 8.

The team was selected by head coach Jim Duran, with consultation from his assistants. That is except for his son, Riley Duran, who we added in since he did show enough even in one year at Woburn High.

The decade began with the 2009-10 season and ended with the 2018-19 season. In other words, it does not include the most recently completed campaign.