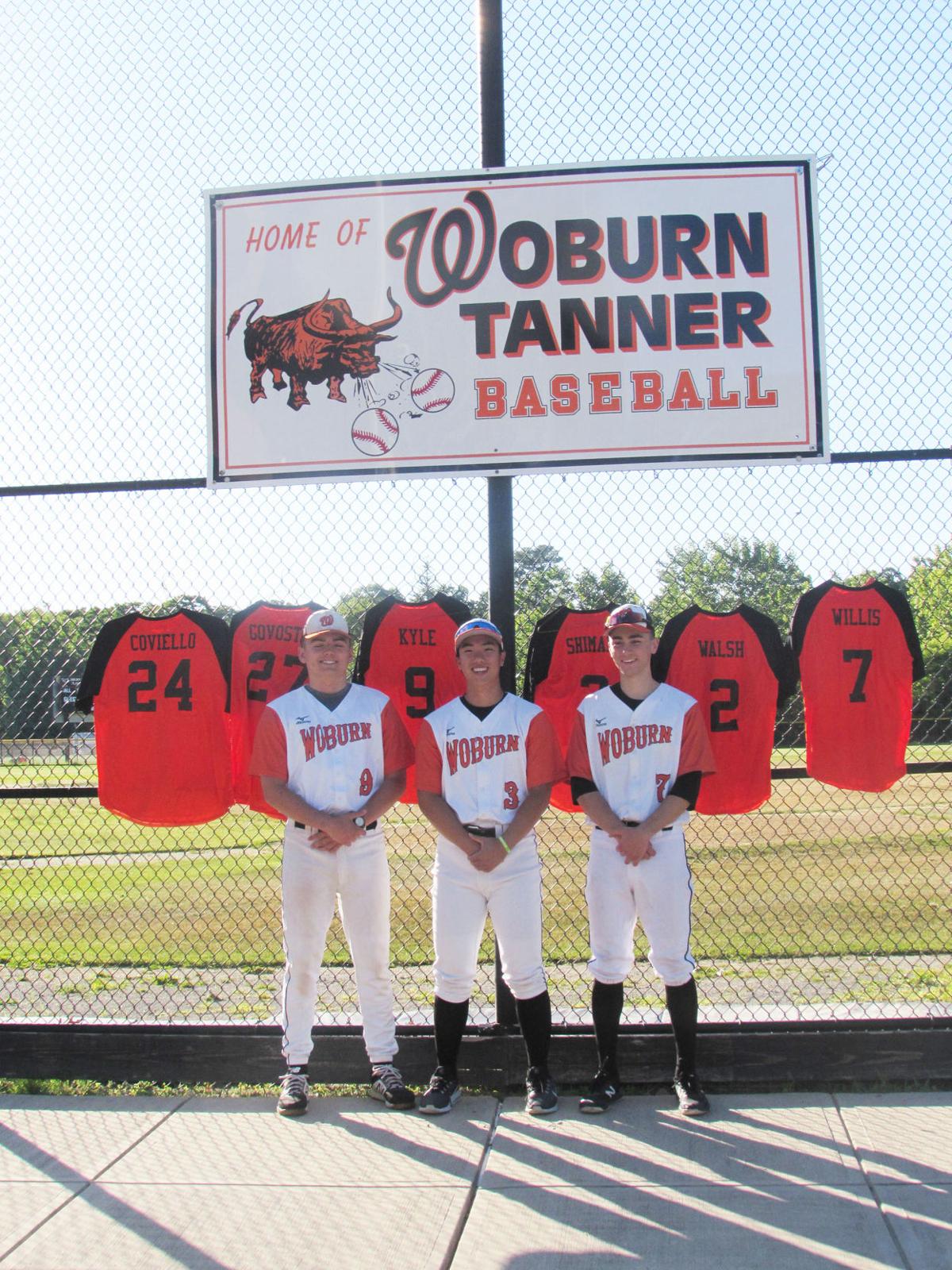 WOBURN HIGH BASEBALL CAPTAINS (l-r) John Kyle, Kohtaro Shimada and Zac Wills and the rest of the baseball seniors were still able to have a Senior Day despite having their baseball season wiped out due to the COVID-19 pandemic. 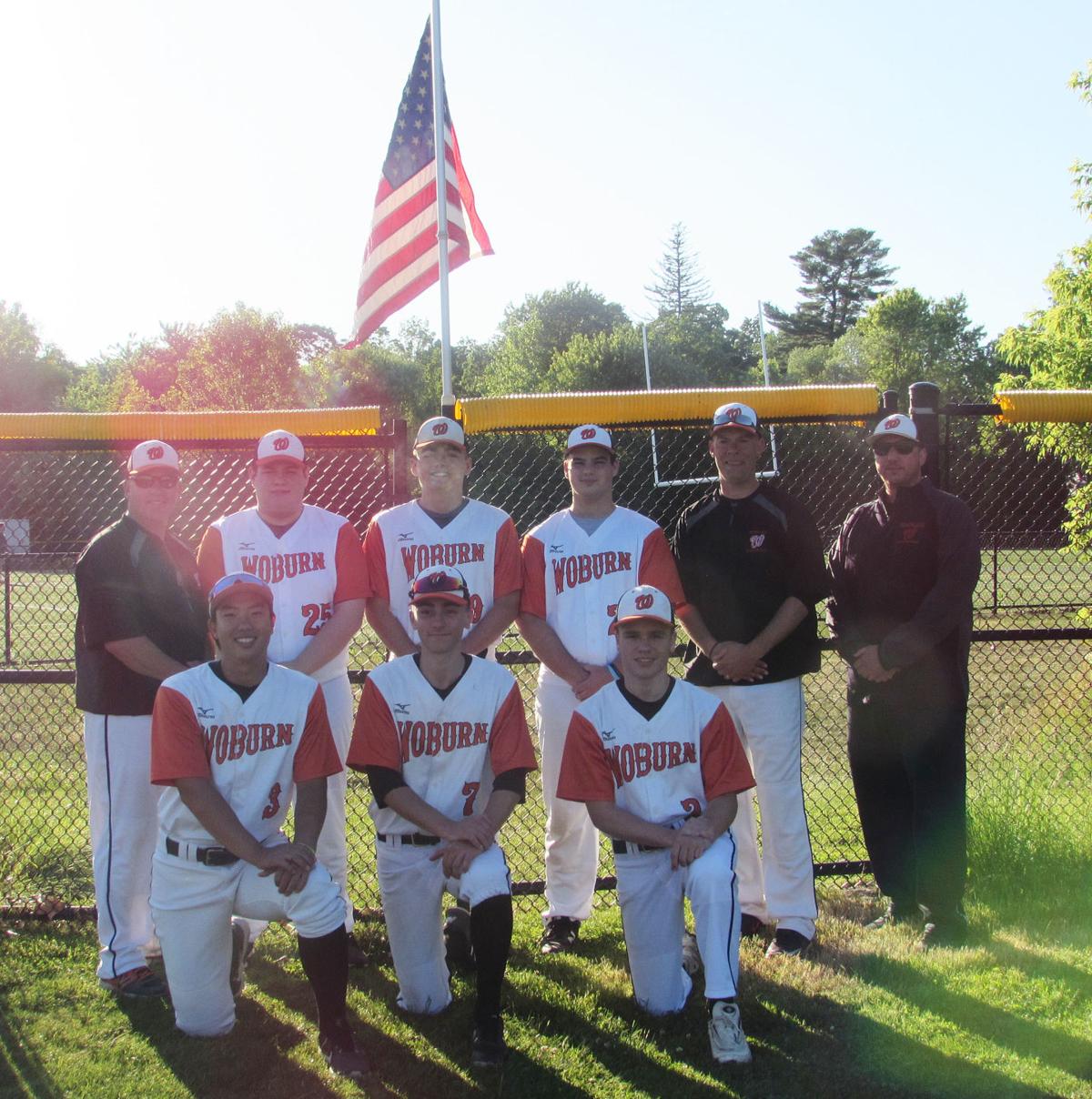 WOBURN HIGH BASEBALL CAPTAINS (l-r) John Kyle, Kohtaro Shimada and Zac Wills and the rest of the baseball seniors were still able to have a Senior Day despite having their baseball season wiped out due to the COVID-19 pandemic.

WOBURN — They may have lost their senior season to the COVID-19 pandemic, but coach Joe Wells made sure the seniors on this year’s Woburn High baseball team did not miss out on the tradition of Senior Day.

The actual originally-scheduled date for the final home game of the regular season was May 29 against Billerica. Wells selected last Tuesday, June 16, to bring the players and their families together for the official final day of their high school careers.

The six players, and everyone else, gathered at Carroll Field to gain some closure on their high school baseball careers.

“The 2020 Senior Day will be remembered for the six outstanding young men who had their opportunity to showcase years of hard work and commitment to the WMHS baseball program taken away due to the COVID-19 pandemic,” said Wells, in an email, summarizing the events. “As a program, we wanted to do something special for the players and their families in recognition for all they have done, on and off the field, to represent the Woburn Memorial High School baseball program.”

This Senior Day ceremony unfolded like the others in years past, with two changes: there was no game and each player was announced with their families standing on the third base line, which would normally be occupied by the visiting team.

Following a playing of The Star Spangled Banner, each player was announced by the place in the batting order and position they would have played in the Senior Day game. Once announced, the players sprinted out to their respective positions, and were greeted with a round of applause while being introduced as “the graduating 2020 WMHS baseball team.”

The ceremony continued as each player was announced along with their family members. The players presented their mothers with a bouquet of flowers and took photos.

Next, the players presented their fathers with a signed game ball, each inscribed with a personal message from the player to their father. Each father (or mother) took the mound and threw a ceremonial first pitch to their son at home plate.

Players had the opportunity to take photos in both the Tanners home and away game jerseys. Following the ceremony, each player was gifted a Woburn baseball shirt with their name and number on the back.

Nick Coviello played JV baseball as a junior and was projected to be the starting first basemen and provide a powerful bat in the lineup. Coviello, a catcher on the junior varsity and in summer baseball, worked extremely hard over the winter to prepare himself to transition to first base.

“That is the type of kid he is,” said Wells, of Coviello, who will attend Worcester Polytechnic Institute in the fall. “Willing to do whatever would help the team in 2020.”

Nathan Govostes also played JV baseball as a junior and was slated to compete at both third and first base. Nate worked extremely hard over the winter to get himself in a position to compete for a starting position.

“Nate’s ‘team first’ attitude and great clubhouse attitude is infectious,” said Wells, of Govostes, who will attend Merrimack College. “He would have been an outstanding role model for the entire program.”

Captain John Kyle had a significant role on the 2019 Middlesex League Liberty Division Championship team. Kyle stepped up as a closer, out of the bullpen, and was slated as the 2020 Tanners’ ace pitcher and starting shortstop.

“John would have liked to have played more innings last year but played behind league all-star shortstop, Kevin Vasapolli,” said Wells, of Kyle, who is headed to UMass-Amherst. “Ironically, I told John, last year, not to plan on coming off the field in 2020.”

Captain Kohtaro Shimada played in almost every game in 2019 until he was hit in the face by a baseball in Lexington. Shimada’s toughness and passion to play the game of baseball got him back on the field to complete his junior year.

“In 2019, Kohtaro was a player we knew had to be in the lineup as an everyday player,” said Wells. “Most importantly for his bat and baseball IQ.”

In 2020, Shimada was slated to catch and manage the pitching staff. He will be attending Western New England University in the fall.

Carter Walsh played JV his junior year and was slated to contribute both on the mound as a southpaw (left-handed) pitcher, and in the outfield.

“Carter did not miss a workout this winter knowing this was going to be his year,” said Wells, of Walsh, who will attend Middlesex Community College in the fall. “He was excited to play varsity baseball this spring and — as a senior — lead by example with his work ethic.”

“Zac showed his versatility and his commitment to the team if needed,” said Wells, of Willis who is headed to Castleton University in the fall. “He was willing to move over to the left side of the infield and play shortstop when Kyle was pitching.”

Overall, a stylish way for the Tanner seniors to close out their high school careers.