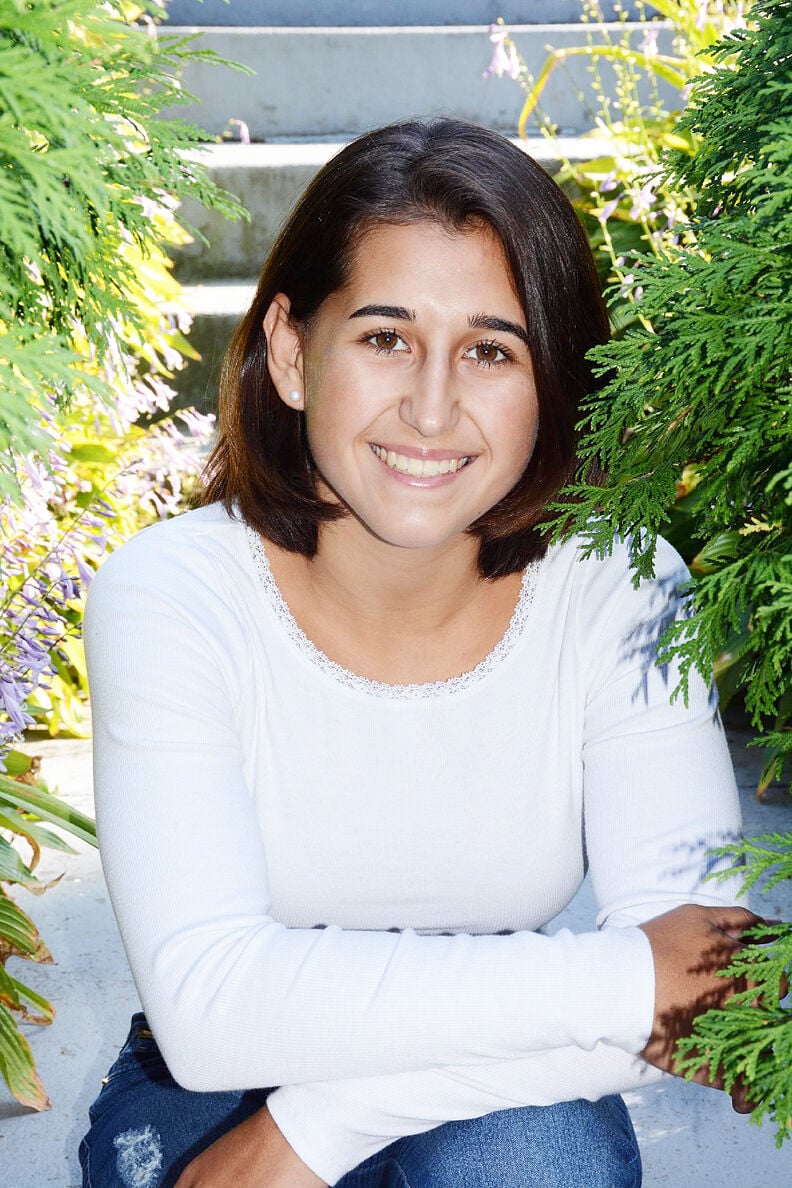 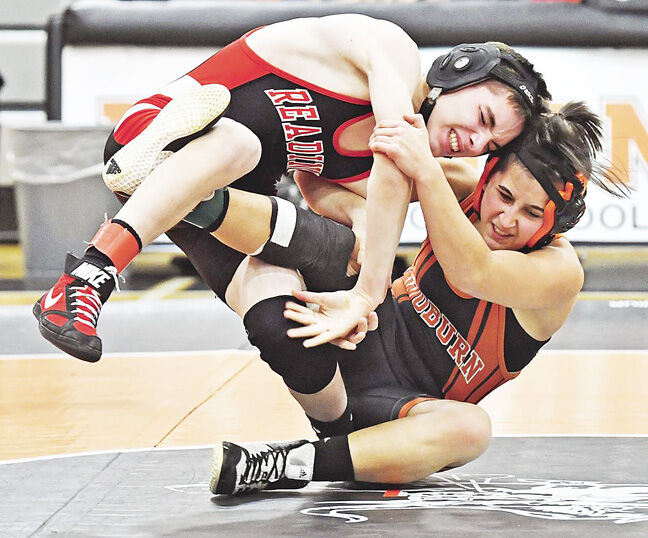 Woburn’s Sophia Matthews got quite used to wrestling boys in high school matches. With this year’s season competing in the spring, she went 7-3 in the Middlesex League with all matches against boys. She has won two state championships when the MIAA sanctioned a girls state tournament.

Woburn’s Sophia Matthews got quite used to wrestling boys in high school matches. With this year’s season competing in the spring, she went 7-3 in the Middlesex League with all matches against boys. She has won two state championships when the MIAA sanctioned a girls state tournament.

WOBURN — During her career on the Woburn High wrestling team, Sophia Matthews has taken home her share of medals and trophies.

Last week, the recent Woburn High graduate learned she needed to make room for one more piece of hardware.

“It kind of came as a surprise,” Matthews said. “I got a text about the award from my girls coach two weeks ago. I emailed the application at the last minute. I was in Stop & Shop before the [Woburn] team banquet when I heard I got it.”

The National Wrestling Hall of Fame has been giving out the Tricia Saunders High School Excellence Award since 2014 to female high school senior wrestlers. According to the Hall of Fame’s web site, the award is “…is based equally on outstanding wrestling success, scholastic achievement and citizenship or community service.

The state winners are eligible for regional and national awards.

“There are so many girls wrestling now, more than when I started,” said Matthews, who began her wrestling career in the Woburn Youth Wrestling program when she was 11. “You see how much girls wrestling has grown and how much more it will grow and that means so much.”

The award if the female equivalent of the Dave Shultz High School Excellence Award, which is given to outstanding male high school wrestlers. The 2001 Massachusetts recipient of that award was Woburn High’s current coach, Mike Parziale, a three-time New England champion for the Tanners.

“He’s the most humble person I know,” she said.

During the regular season, Matthews, who was one of Woburn’s captains, was 7-3 in Middlesex League dual meet competition, with all matches against boys, earning league all-star honors. Over the course of her career, Matthews was undefeated against other girls.

“She’s the first female captain in Woburn history,” Parziale said. “Being captain really helped her. She became a good leader.”

In addition to competing for Woburn High, Matthews also trains and competes with Doughboy Wrestling Club, which is based in Lowell. The club includes many of the top wrestlers from North Eastern Massachusetts and Southern New Hampshire, both boys and girls.

While everyone at Doughboy drills and wrestles everyone else, regardless of gender, Matthews often drilled with two sisters who attend Central Catholic, Jackie and Ashley Dehney.

“The coaches called us ‘You three,” Matthews said. “It was always ‘You three work with each other. We’re like sisters.”

Ashley Dehney, who recently finished her freshman year at Central Catholic, played fourth at the MWA tournament in Matthews’ weight.

Jackie, who was a sophomore, placed fourth in the boys division. Last week, Jackie placed second in the national championships in Fargo, North Dakota. In June, she won the gold medal in the Pan American championships in Mexico. She considers Matthews to be an influence on her career.

“She is family,” Jackie said. “Me and my sister, Ashley, have been with Sophie since the beginning. She is an amazing friend and such a supportive teammate. I know I can count on her. She always has your back. We’ve been in the wrestling room training and pushing each other since the beginning.”

Matthews has also made an impact on her sister, Olivia (known as “Pepper”), who wrestles for Doughboy and Woburn Youth wrestling. Pepper is entering the fourth grade.

“She’s been on the mat with me since she was really young,” Matthews said. “At first, just warming up. Then she started doing more.”

“It’s such a tough sport, physically and mentally,” she said. “You need to have your family behind you.”

This fall, Matthews will attend Bentley University, which does not have a wrestling program. Though there are 92 colleges in the country that offer women’s wrestling, Matthews is ready to put her time on the mat behind her.”

“I’ve been doing it for so long,” she said. “It’s such a tough sport. It demands a lot. I’ve missed dances and birthday parties. I’ve just started working a job other than coaching.”

Matthews may try another sport at Bentley. She’s coached wrestling and may continue coaching. What she is most excited about, however, is the future of girls wrestling for her younger sister and others like her.

“Who knows how many opportunities there will be,” Matthews said. “It looks good for future generations.”