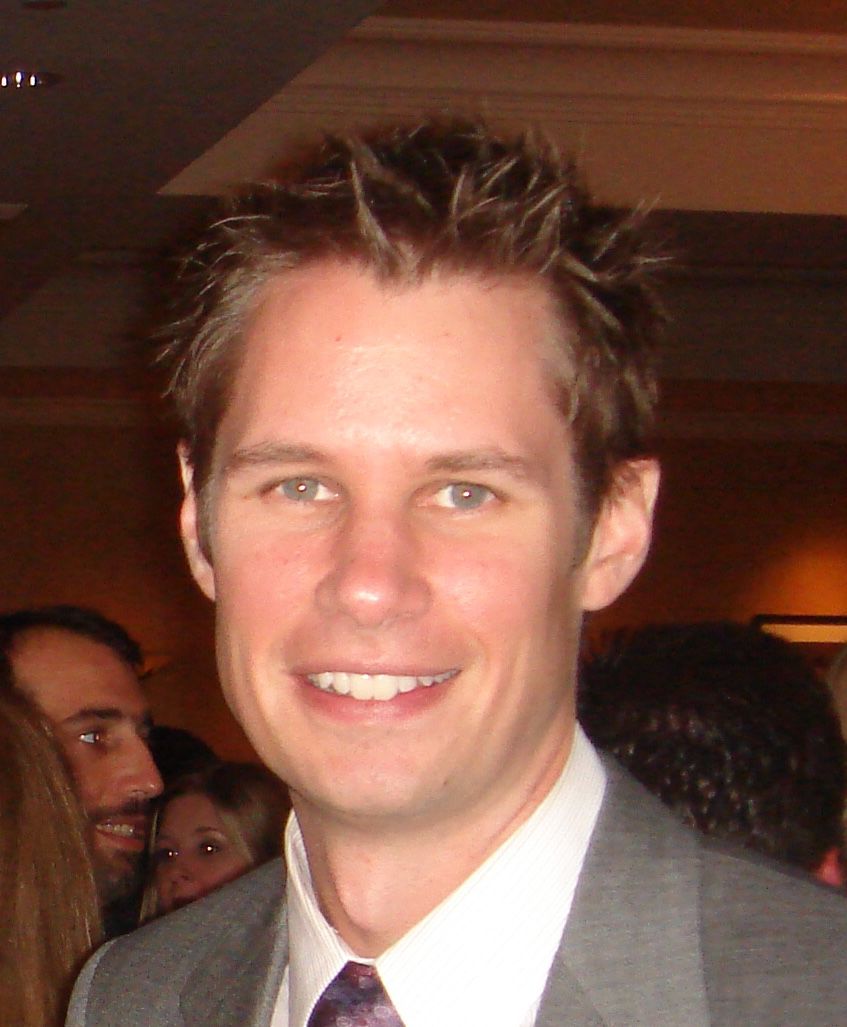 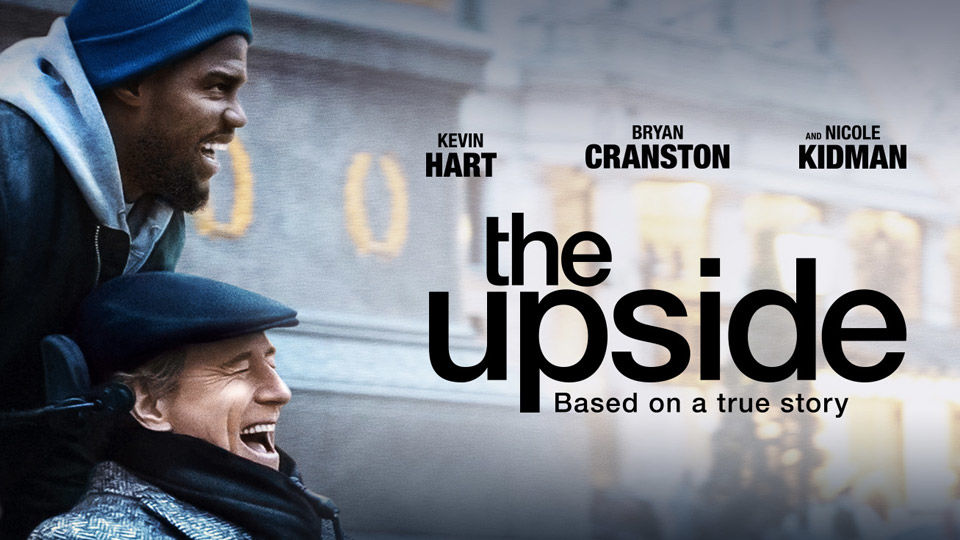 Even up-and-coming Hollywood screenwriters like Jon Hartmere Jr. can get lost in the almost mechanical routine of a hustle-and-bustle work life.

But every once in a while, the Woburn native, who nearly a decade ago turned down a job offer at Goldman Sachs to chance an unlikely career in Hollywood, realizes he's actually living out his childhood dream of becoming a professional writer.

Nowadays, Hartmere has plenty of reasons to reflect on his occupational successes, as 'the upside', his first solo screenplay for a big Hollywood studio, has raked in close to $100 million in worldwide box office sales.

"To me, it's a super feel-good movie, where you go to have a good time and leave feeling optimistic about humanity. Hopefully, we accomplished that," he said of the project.

Based on a true story, Cranston plays the fictional role of Phillip Lacesse, a disillusioned and depressed New York billionaire who became paralyzed in a hang-gliding accident.

In the search for an assistant, Cranston stumbles by chance across Dell Scott (Hart), an ex-convict looking to rekindle his relationship with his family. Ultimately, Hart is hired for the job, and the odd couple develop an unlikely friendship.

In the whirlwind of activity leading up to last January's

release of the film, not to mention his resumption of the day-to-day grind of searching out other prospective work leads, Hartmere admits he's had little time to bask in the major career break.

But a few weeks ago, while engaged in a casual work-related discussion with an acquaintance, the Los Angeles, Calif. resident realized just how surreal his professional life must seem to industry outsiders.

"Hollywood is a wild, wild ride, and it's not for the faint of heart. You always have [a bunch] of different projects going at once, because you never know what's going to take," said Hartmere, trying to explain how he sometimes gets lost in his work routine.

"But just the other day, I was having this heated debate with somebody about what a dragon can and cannot do. We were sitting there having this conversation like it was completely normal. I just remember thinking to myself, 'I can't believe this is what we do for a living.'"

Graduating from Woburn Memorial High School (WMHS) in 1992, Hartmere got his first paid writing gig as a high school senior, when he was hired by The Daily Times Chronicle to write the Woburn edition's Senior Profiles for $10 a story.

Over the next five years, as a student at the University of Southern California (USC), the Woburn native struggled over what area of study to focus on for his bachelor's degree. Starting his college career with a dual-major in international relations and English, Hartmere later found himself pursuing the rare triple-major by adding a concentration in economics.

"When I went to high school, I never thought, 'Oh, I'll go out and write movies.' I always wanted to write, but I wasn't sure. So I went to USC and majored in everything," he joked.

The USC graduate, who was always considered academically gifted and received scholarships to college, managed to complete all three courses of studies in five years. At one point, according to his father, Jon Hartmere Sr., his son received a job offer at investment banking giant Goldman Sachs after completing a summer internship.

But by that time, the younger Hartmere, who was simultaneously considering a continuation of his studies at Harvard University, had also just finished writing a play called 'bare' with composer Damon Intrabartolo. With friends impressed by the final product, the young writer was being urged to pitch the play on Broadway in New York.

"I did sort of agonize over it for 22-months," Hartmere recalled. "I'm sure from my parents' perspective, they were thinking, 'What are you doing?'… Really, I didn't know anybody in the industry. But when you're 22-years-old, you think you can do anything. So I went to L.A., and here I am."

According to Hartmere's father, once his son revealed he was thinking about pitching the play, which ultimately became one of the longest off-Broadway productions in recent memory and has also been picked up across the country, he knew where the college graduate was heading.

"Not at all," said the Woburn attorney, when asked if he was shocked by his son's choice. "That's what he always wanted to do. He was always around writing. This was his passion…All my kids have surpassed me, I'll tell you that much. And I couldn't be happier."

"I saw it the first day," the elder Hartmere later boasted, when asked if he had seen "the upside". "It's a funny feeling [to watch a movie your child wrote]. It's just something else. When you listen to some of the lines, I can hear him in it. He was always so quick-witted."

Providing some insight into the life of a screenwriter, Hartmere explained that he got involved with 'The Upside' in 2013 while pitching a completely different project to staff at The Weinstein Company, the firm studio co-founded by disgraced producer Harvey Weinstein.

At the time, Hartmere, who had worked as a "script doctor" for years, was hoping to write a film adaptation of "The Boys in the Boat", the non-fiction book that documents the U.S. Rowing Teams' triumph over Nazi Germany's squad in the 1936 Olympic Games.

Ultimately, he was told he could pursue that project if he first authored the script for 'The Upside". Hartmere is still working on that project.

In the years that followed, Hartmere's original screenplay, tailored for a completely different cast that included British actor Colin Firth, went through various revisions as it circulated through the hands of a changing roster of stars and directors.

Later, when The Weinstein Company filed for bankruptcy, Hartmere began wondering whether the film, which technically premiered at the Toronto Film Festival in 2017, would ever make it to the big screen.

"What surprises me the most about the industry is how much something changes. The very first version of 'The Upside' I wrote, which got everyone so excited to begin with, is so much different than what ended up on the screen. So I'm amazed at the journey a script takes."

"Friends who had written movies had told me about how the first time you see [the production], you can't even enjoy it, because the whole time you're thinking, 'What happened to this scene and "Where did that go?'" he explained.

Citing one such example, Hartmere explained that in the original script, he included a tribute to his brother Ben's children, who take Mandarin classes, by including a scene where Kevin Hart picks up his kids at a foreign language school.

As part of the scene, Hart's character has an exchange with his children's Chinese language instructor.

"I always thought it was fascinating that my little nieces and nephews, who are these little Caucasian kids, just start talking in Mandarin from time to time. So I put a scene in there where [Hart's] character goes to pick up his kids," Hartmere explained.

"But for whatever reason, it got cut. The actress opens her mouth and then it cuts away. And that's Hollywood. This actress looks like an extra in this movie, but she wasn't. She had a whole scene," he added.

According to the screenwriter, who has also been hired to write screenplays for 20th Century Fox, Nickelodeon, and Disney, he's learned to live with that sometimes perplexing part of the movie-making business.

"There are days that are super frustrating. It takes talent, tenacity and luck to make it here, and the industry is not compromising [with its writers]. You just don't have any control. You learn to let go of your ego," he explained.

"I also get to do what I love. I was at my agency just today and there were a bunch of A-list celebrities in the room. Sometimes, I think to myself, how many people would just die to be in here right now?"