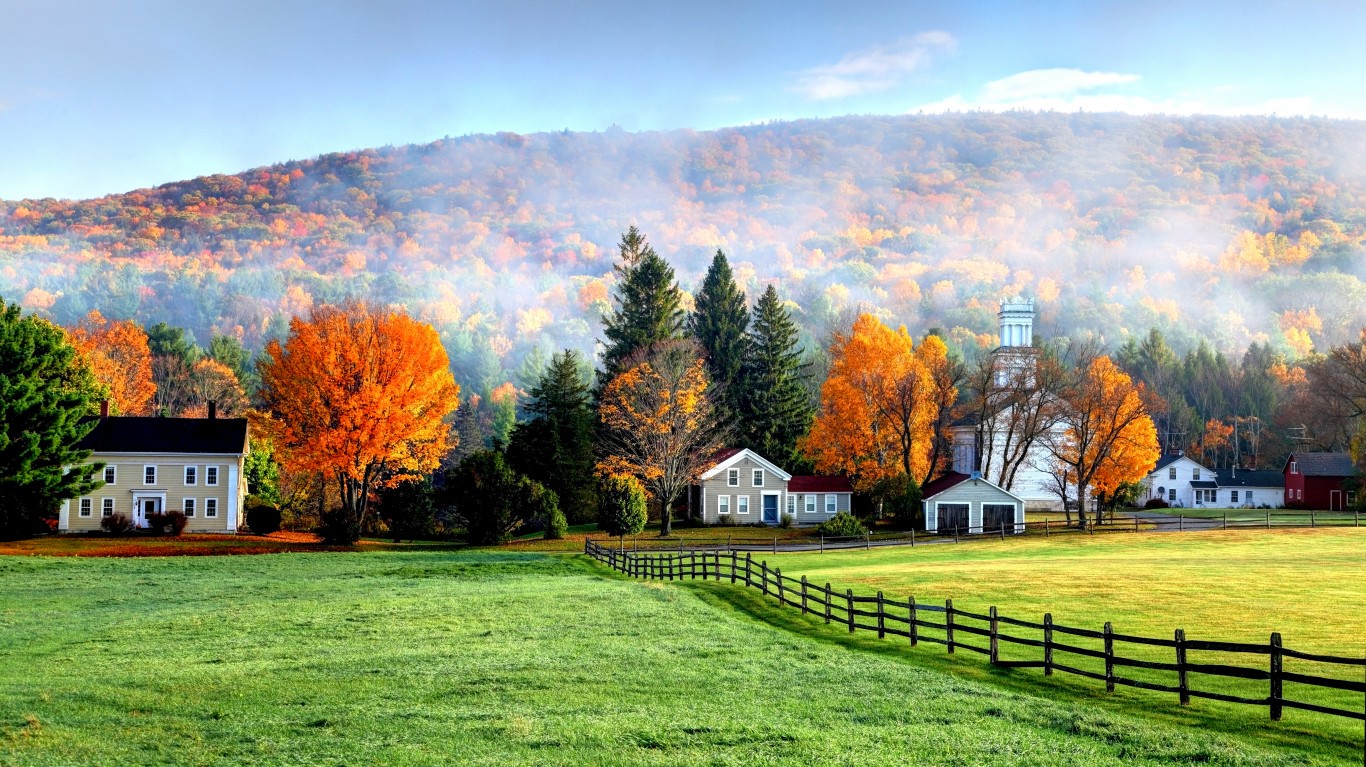 While the most recent dip in life expectancy in the U.S. is alarming, there are many parts of the country where poor health outcomes and other socioeconomic hardships have long been the norm.

Using an index of three measures -- life expectancy at birth, bachelor's degree attainment, and poverty rate -- 24/7 Wall St. identified the worst counties to live in in every state.

Hampden County also has some of the worst health outcomes in the state. Life expectancy at birth in the county is 78.2 years, nearly 2.5 years below the statewide average.

Data on bachelor's degree attainment and poverty are from the 2019 U.S. Census Bureau's American Community Survey and are five-year estimates. Data on average life expectancy at birth came from the 2021 County Health Rankings, a joint program of the Robert Wood Johnson Foundation and University of Wisconsin Population Health Institute, and are based on mortality data from the years 2017 to 2019. Supplemental data on population and income are from the ACS, and unemployment rates are seasonally adjusted for May 2021 and are from the Bureau of Labor Statistics. This is the worst county to live in every state.

This article originally ran on 247wallst.com.