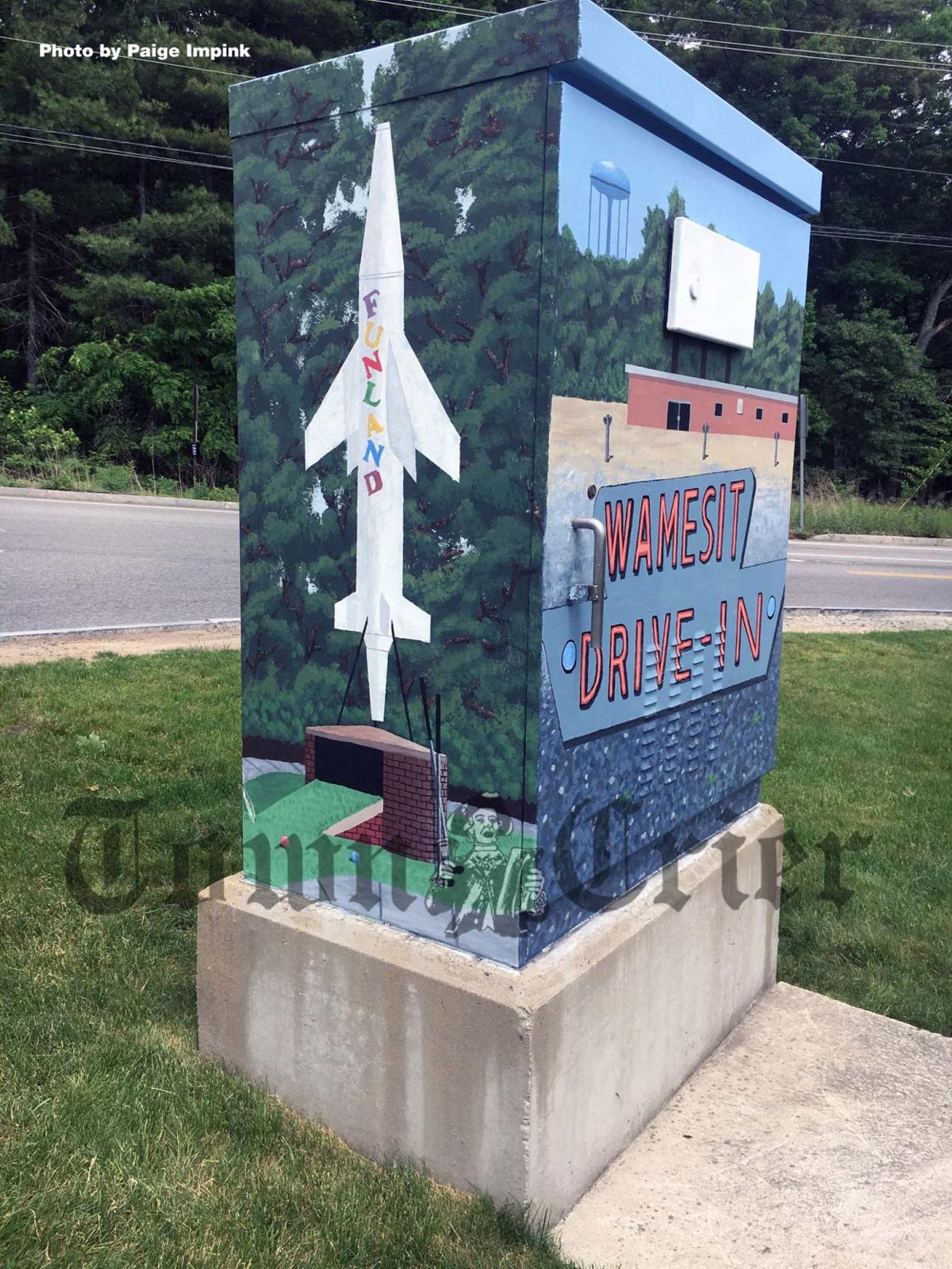 The iconic Funland rocket and Wamesit Drive-in as depicted on the traffic control box at Shawsheen and East Streets. Artist David Kelly brought the ‘70s and ‘80s landmarks back to life as part of the switchbox art project in Tewksbury. (Paige Impink photo) 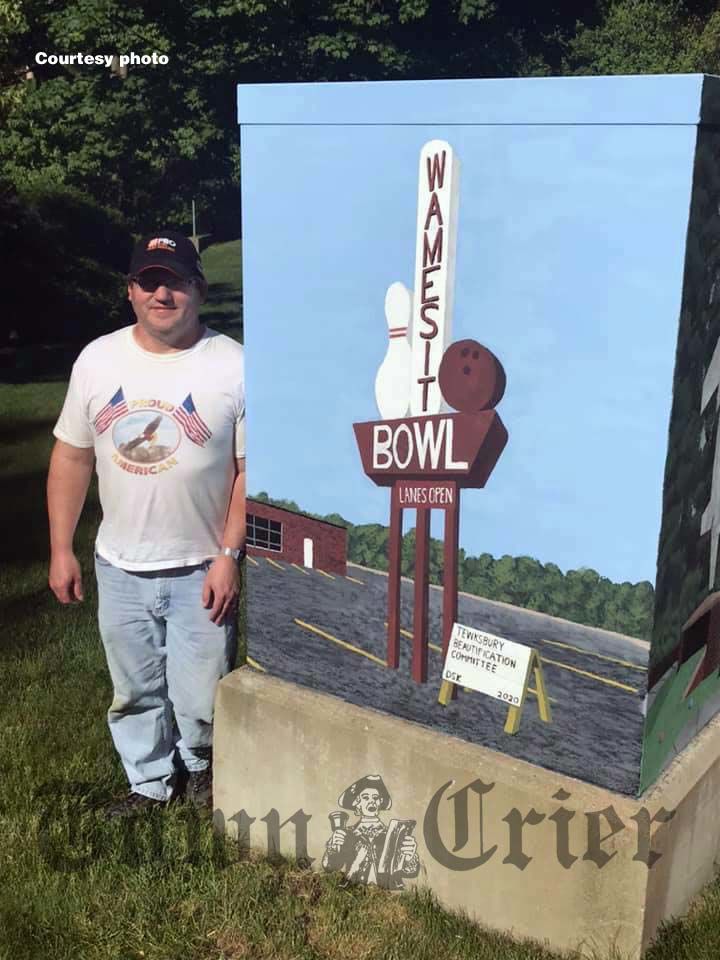 The iconic Funland rocket and Wamesit Drive-in as depicted on the traffic control box at Shawsheen and East Streets. Artist David Kelly brought the ‘70s and ‘80s landmarks back to life as part of the switchbox art project in Tewksbury. (Paige Impink photo)

TEWKSBURY — Tewks­bury’s newest addition to its switchbox art collection is at the corner of Shaw­sheen and East Streets. Depicting images of a Tewksbury era gone by, the public art installation is sure to evoke memories for those who grew up in the town in the ’70s and ’80s.

“When I learned about the project I had to think for a while,” said Tewks­bury native David Kelly. “I knew the other boxes had themes which were significant in Tewksbury’s history, and then I realized I should reflect on my own personal history grow­ing up in the town.”

The switchbox art program is coordinated by the Tewksbury Beautifica­tion Committee and asks artists to use the general guidance of Tewksbury past, present and future in their designs. Kelly re­searched some iconic Tewksbury landmarks: Stu­art’s department store, the Wamesit drive-in, the Wamesit bowling alley, and Funland mini golf.

“I referred to old photographs online and used the public library for im­ages,” said Kelly.

In some instances, he used his memory.

Kelly, a United States postal service employee and Navy veteran, had always been interested in painting, but was never formally trained. Inspired by Bob Ross’s soothing style and landscapes, Kel­ly devoured books about painting and taught himself.

“I was always complimented on my work in high school, which was nice,” said Kelly.

After a self-described 20-year hiatus from painting, Kelly had a chance en­counter at a party in 2014 which focused him back into painting.

“We were painting landscapes and people were saying how realistic mine looked,” giving Kelly the confidence he needed to pick it back up.

Fast forward to 2020 and Kelly does commissioned work and was thrilled to work on the switchbox. He’s building his portfolio and hopes to paint as a second career. Kelly’s wife Lisa is his biggest fan.

“David is so talented and his paintings are so realistic,” she said, describing images of family cats and dogs, and even a portrait of her grandparents.

People ask him to paint landscapes and summer homes. Lisa Kelly brought lunch to her husband as he worked on the switchbox.

“People were so supportive, honking and waving and recognizing the landmarks,” she added, often joining him as he painted the box over several days.

Kelly is proud of his contribution to the community and hopes people will enjoy looking at the box.

Other switchboxes which are part of the program in Tewksbury include the Car­nation Capital at North and Andover Streets, Cap­tain Trull at North and International Drive, Mico Kaufmann at Andover and Radcliffe Road, Tewks­­bury State Hospital at East and Livingston Street, and Tew-Mac airport at Chand­ler and East.

David Kelly may be found on Facebook at Da­vid Kelly Acrylic Art.