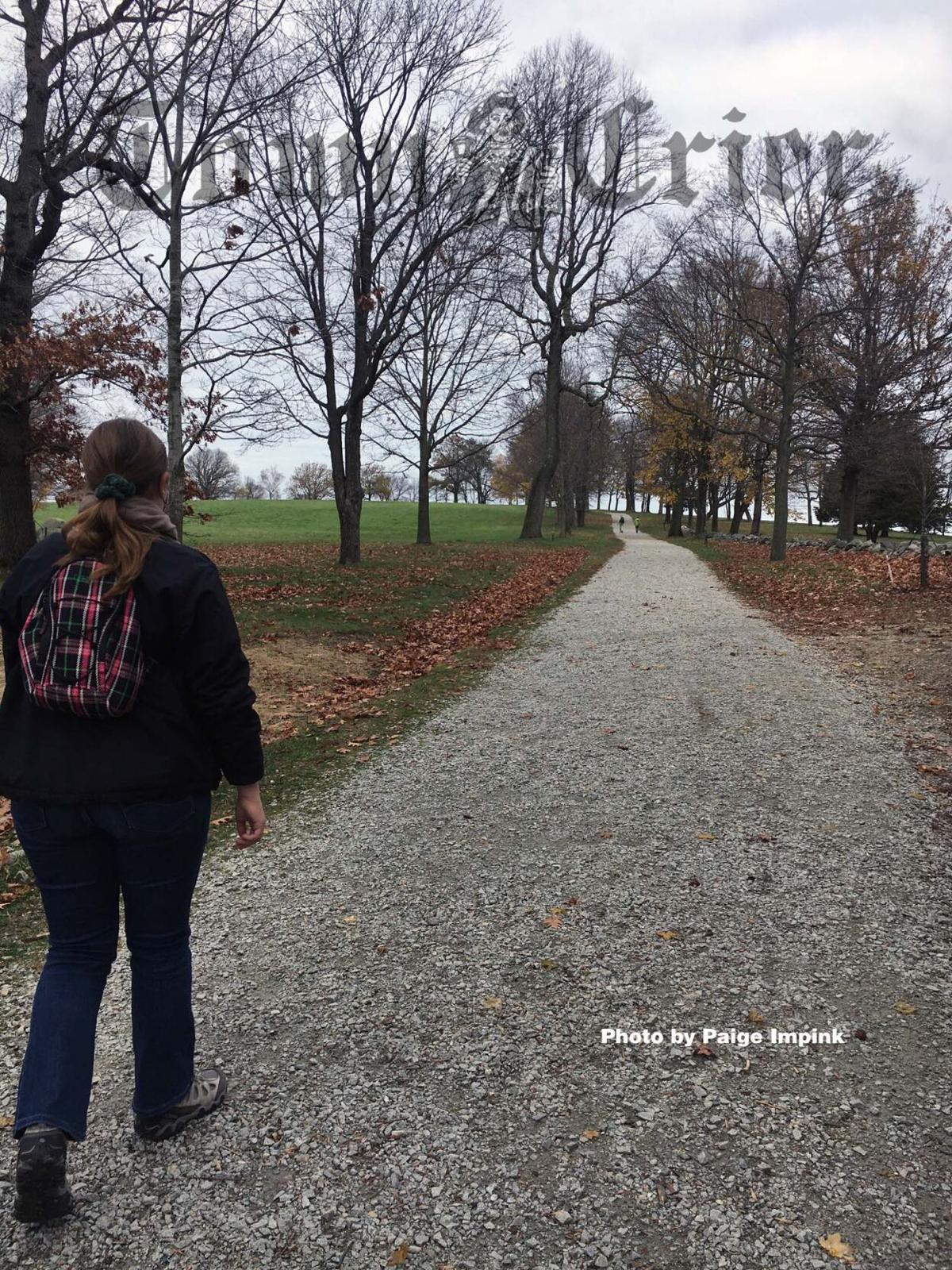 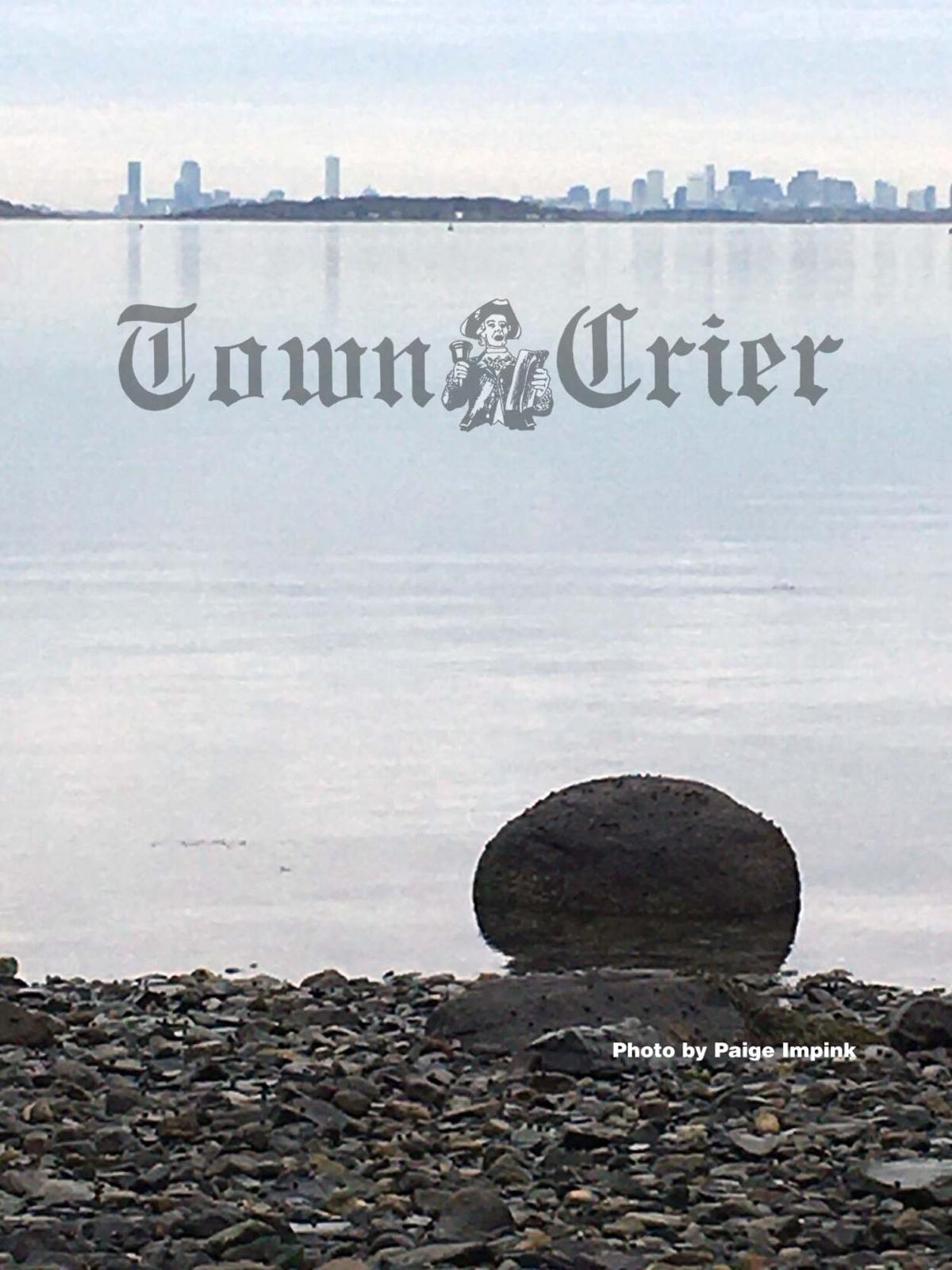 A view of Boston across Hingham Harbor as seen from World’s End. (Paige Impink photo)

A view of Boston across Hingham Harbor as seen from World’s End. (Paige Impink photo)

Our adventures took us to the South Shore this week to explore World’s End, a Trustees of Reser­vations property in Hing­ham.

Located on Martin’s Lane, the park extends out into Hingham Harbor and offers unimpeded views of the Boston skyline and several harbor islands. There are nearly 4.5 miles of carriage paths to wander, rising and falling with the heaves of the drumlins.

Everyone we saw had a mask on while walking and we noted families en­joying post-Thanksgiving picnics off trail, complete with champagne flutes and tablecloths, keeping within their bubble.

The day was overcast but calm and dry, and with a few layers on, eventually became too warm as we laid down the miles across the 251 acre preserve.

Two large land masses are joined by a causeway, affording the chance to scavenge for seashells and pebbles at low tide. Be careful if you wander on the rocks, though, as they are extremely slippery.

Owned by the Trustees, the property was designed by Frederick Law Olmsted in 1890 to one day be a residential development, though that never materialized. For those not fa­miliar with the South Shore’s coastline, there are many places along the Quincy/Weymouth/Hingham shoreline where bea­ches and parks make getting to the ocean quite easy and all are about an hour away.

You could map a route to include Wollaston Beach, Wessagusset Beach, Stod­ders Neck and Bear Cove Park. You can see Nan­tasket Beach from World’s End and instantly understand the appeal of this serene place.

It was low tide when we visited so the salt marshes were emptying their briny soup. There were numerous birds out on the ocean and at the inlet, perhaps waiting for meal as the water rushed out. At least 263 breeds of birds have been noted at World’s End including ducks, loons, geese, and bald eagles. Bring your binoculars.

There were people on bikes, and horseback riding is allowed by permit. There is also cross-country skiing and snowshoeing in winter. For now, the Trustees have a timed ticket reservation system to prevent overcrowding at the site.

Due to COVID-19, those driving to World’s End must purchase admission via a pre-purchased timed ticket. Members can re­serve a ticket for free. The fee per car is $10 on weekdays and $15 on week­ends. This ticket provides admission to the property.

There are porta pottys for convenience, and we’d recommend driving into nearby Hingham center to enjoy a spiced chai latte and pastries while sitting on an outdoor bench to recharge after your walk. We stopped at Brewed Awakenings but there is also a coffee roaster and national coffee and donut chains.

World’s End is open 8 a.m. to sunset every day and it is recommended to allow two hours for your visit. https://thetrustees.org/place/worlds-end.