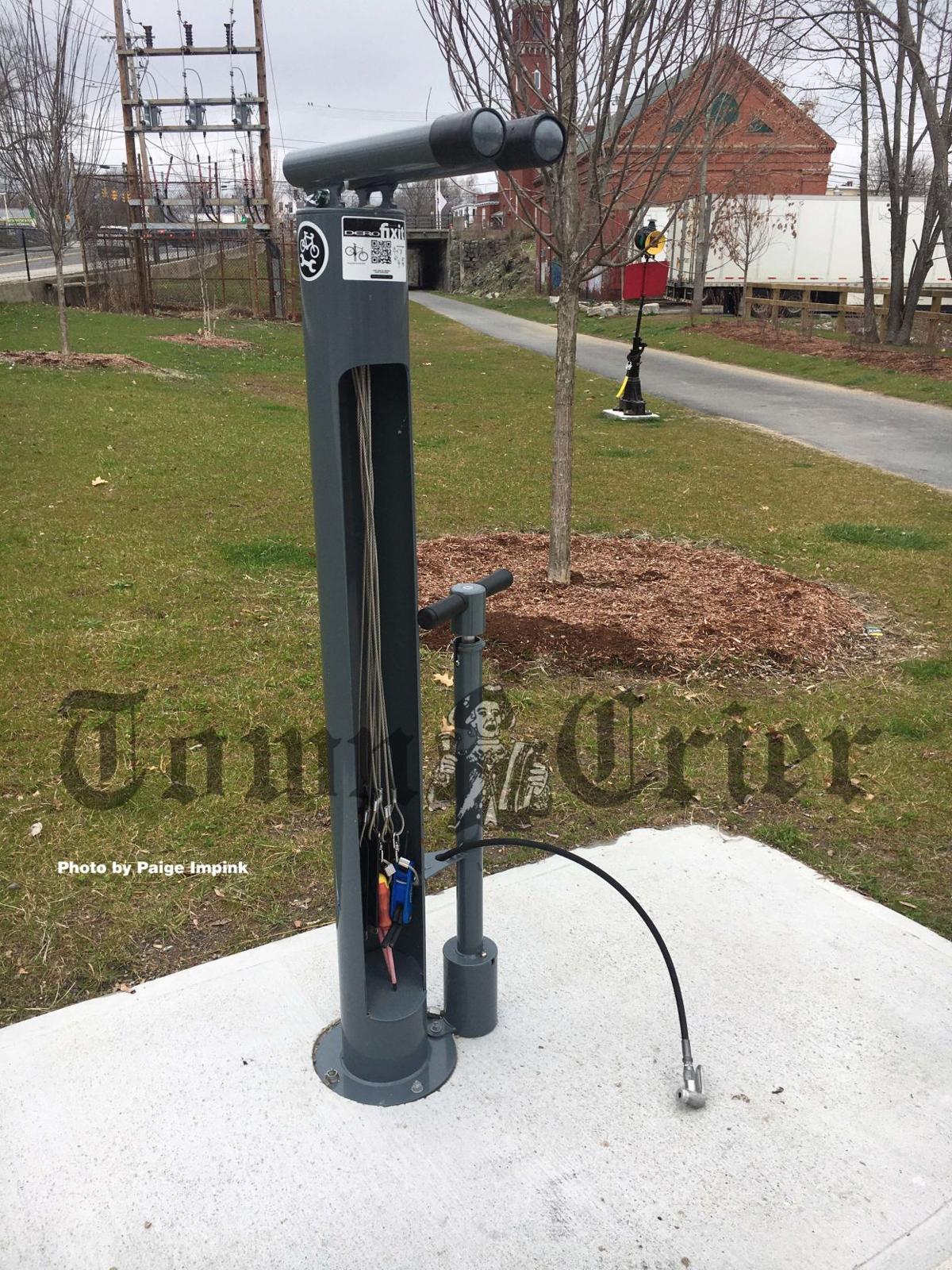 A handy bike repair station is one of the amenities along the Methuen Rail Trail. (Paige Impink photo) 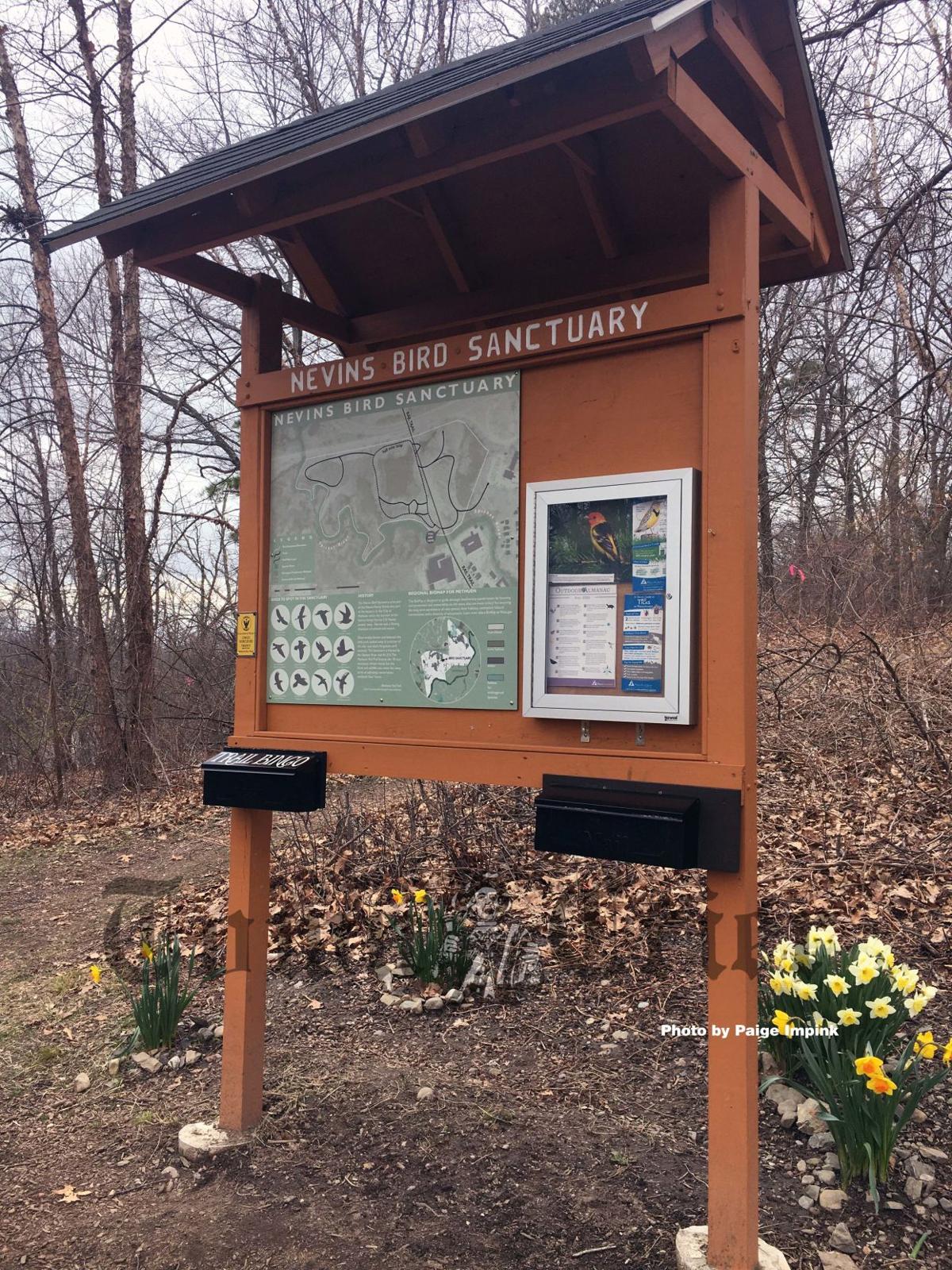 The 18 acre Nevins Bird Sanctuary is a nice diversion just steps off the trail. There is also a heron rookery along the Spicket River by the trail.

A handy bike repair station is one of the amenities along the Methuen Rail Trail. (Paige Impink photo)

The 18 acre Nevins Bird Sanctuary is a nice diversion just steps off the trail. There is also a heron rookery along the Spicket River by the trail.

Looking for a flat, paved stretch of road to ex­plore? The Methu­en Rail Trail may be for you. The trail is a 2.4 mile stretch that runs from Meth­uen to Salem, New Hampshire on a section of the former Law­rence and Manchester branch of the Boston and Maine railroad corridor.

The MRT connects to the Salem Rail Trail and the Spicket Greenway, though the day we visited we just walked it as an “out and back” trail. We walked from the parking lot at Railroad Avenue in Methuen to the parking lot at Hampshire Road, just over the border.

The trail was founded in 2009 by volunteers who started clearing an old rail bed which would eventually become the trail. The path had a major make­over in 2018 through efforts of citizens and the community. The hardpacked surface is perfect for walking or cycling. Dogs on leash are permitted.

We found the trail parking lot to be of high quality. Bench­es, an informational kiosk, and a bike repair station were pleasantly spaced in the wide open area. The depot was re­stored and is used as office space as well as a shade cover at the Railroad Street parking lot.

Bird sightings have also in­cluded Egret, Black Ducks, Cormorant and Osprey. There is a bit of trash in the sanctuary and some tree damage, but the birds seem plentiful nonetheless.

The trail crosses the Spicket River which is considered to be the reason the City of Me­thuen was established. Mills sprung up along the river in the 1800s, including a woolen mill and an organ factory, along with numerous textile operations. The river became a way to remove waste from the city as was common for the times.

Contaminants were dumped into the river which flowed to Stevens Pond in Lawrence and over the years, efforts have been undertaken to clean it up.

The trail has some art in­stallations along the way, and the remnants of old factory buildings and railroad equipment may be seen. There were some sections that had significant trash accumulated, but during this time of stay-at-home orders, organized clean ups are not possible.

Still and all, it was a very pleasant and easy place to access and walk. The trail does continue into Lawrence at Manchester Street Park, a residential area, but we started and ended our journey at the Railroad Avenue lot.

If you are looking for a change and somewhere different to walk, the Methuen Rail Trail might be a decent spot to investigate.