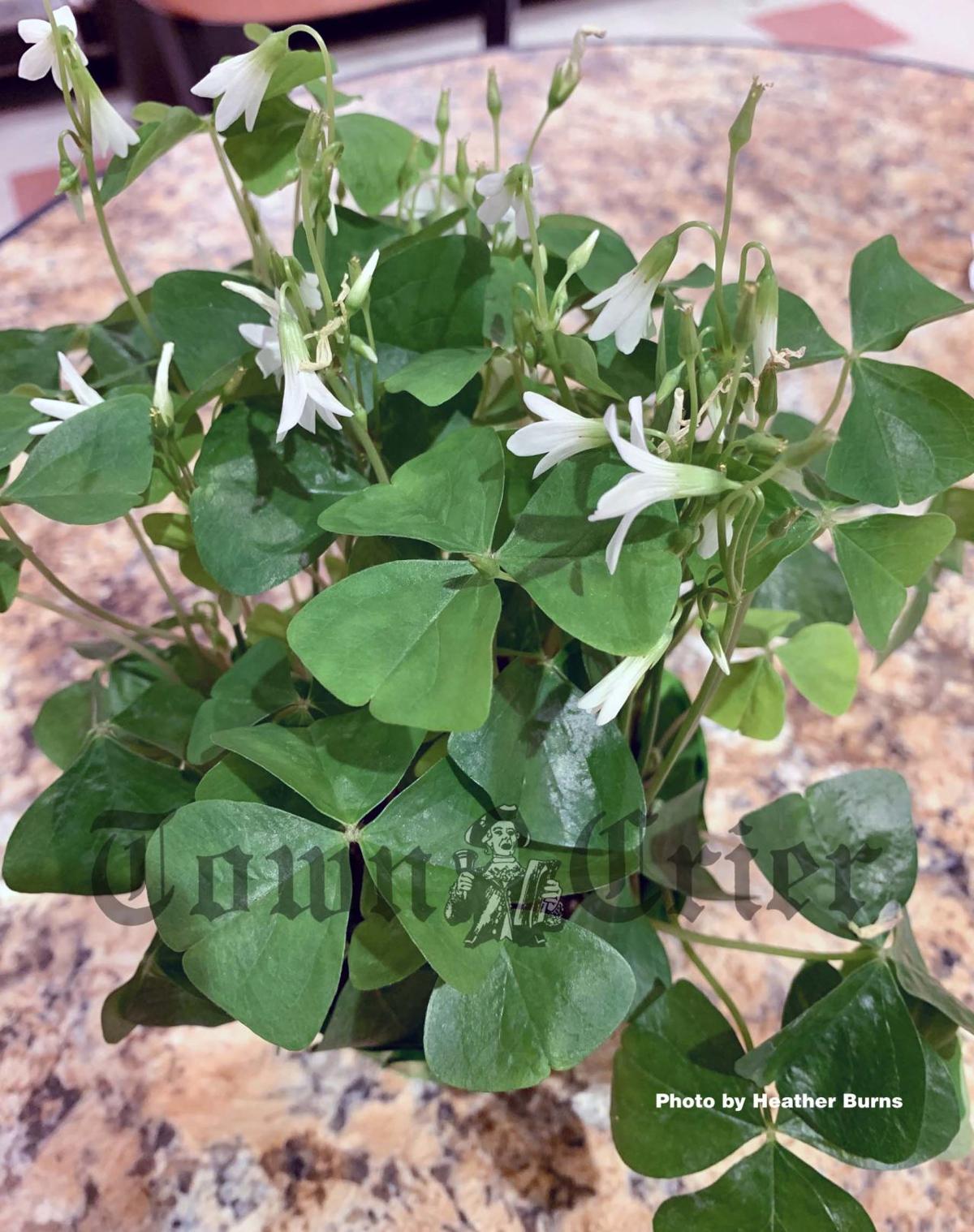 The Shamrock Plant is the Irish folklore symbol of the Holy Trinity. (Heather Burns photo) 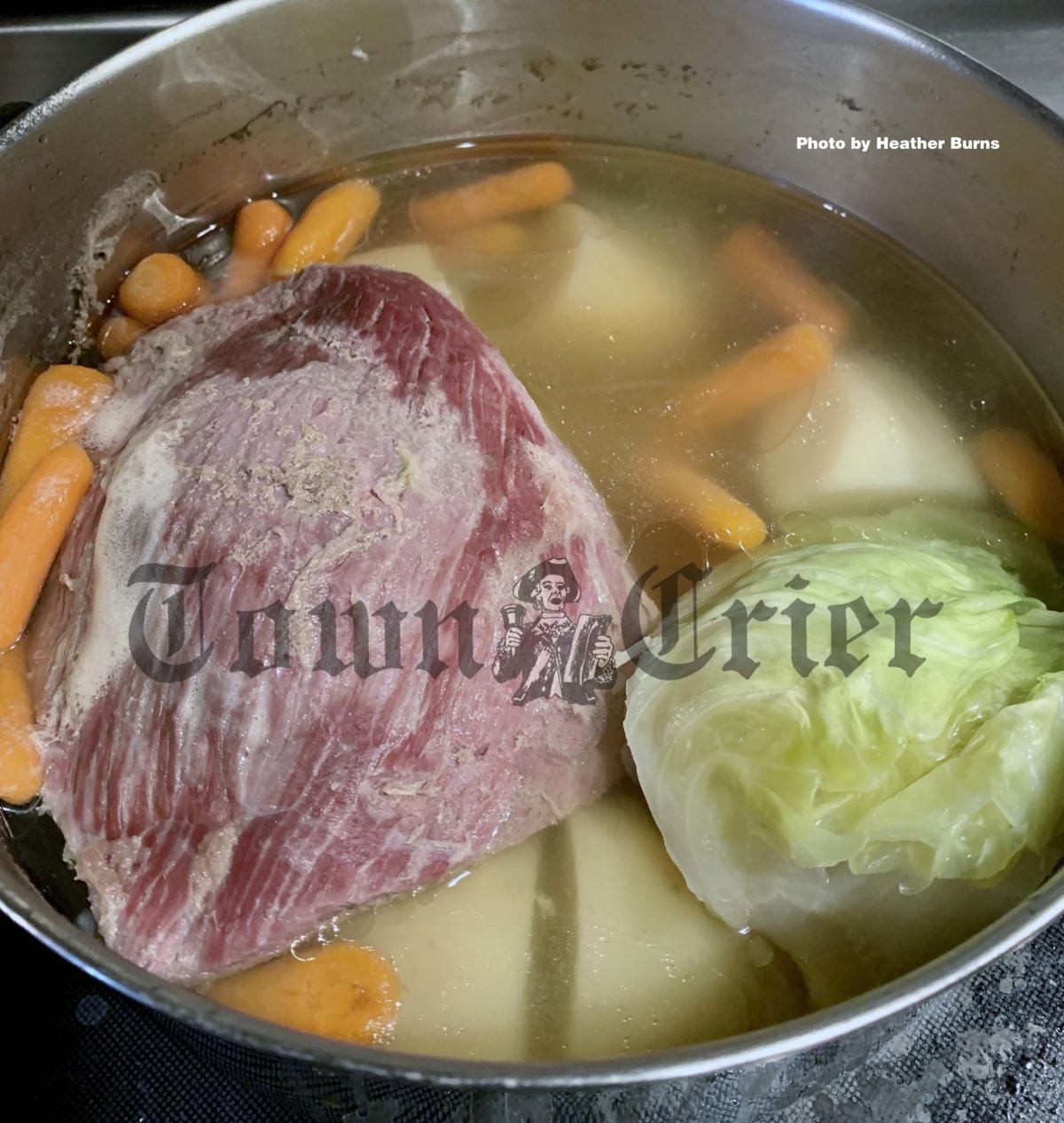 The Shamrock Plant is the Irish folklore symbol of the Holy Trinity. (Heather Burns photo)

March 17 is the date that we ce­lebrate two holidays in the Bos­ton area.

One holiday is the observance of Evacuation Day, which is when the British ended their occupation of the city of Boston on March 17, 1776.

The other holiday observes the death of the patron Saint of Ireland, St. Patrick.

Even though St. Patrick’s name has become synonymous with Ireland, St. Patrick was not originally from Ireland.

Born the son of a British nobleman in 386 AD, Patrick was taken prisoner at the age of 16 and brought to Ireland by a group of Irish raiders.

During his time of captivity, he turned to religion for solace, becoming a devout Chris­tian.

He escaped after six years, walking 200 miles to the Irish coast, then returning to Brit­ain.

Soon after his return, he be­gan religious training and be­came an ordained priest.

He then chose to return to Ireland and use his knowledge of Irish culture to convert the Irish to Christianity and minister to the people of Ireland.

Many of the tales that were told of St. Patrick, such as the banishing of snakes, are thought to be false, as myths and folklore have been a part of Ireland’s way of life for centuries. However, many of these folklores are a part of our modern day St. Patrick’s celebration.

Everyone knows that dressing from head to toe in green is a customary and fun practice on St. Patrick’s Day, al­though early depictions of St. Patrick showed him dressed in all blue.

The color green is thought to be traced back to Irish military uniforms that were worn throughout history, but most embrace the color green for more uplifting and magical reasons for St. Patrick’s Day celebrations.

The color green is reminiscent of the coming of spring and the rolling green hills of Ireland, making it an obvious color choice to celebrate all that is Irish.

Another important, green Irish symbol is the green Sham­rock plant, which has always held a strong meaning in Irish folklore as the emblem of the Holy Trinity.

But the most popular reason for the wearing of the green is the myth of the Irish Lepre­chaun.

It is said if you wear green on St. Patrick’s Day, you would be invisible to the spirited, little leprechauns, making it easier to catch him and get his pot of gold.

However, if you do not wear green, the leprechaun could see you, and would jump out of his hiding place and pinch you! So, naturally, the wise choice would be to forgo the pinch and wear the green.

Nothing is more festive than a glass of green beer to celebrate St. Patrick’s Day, except maybe the popular fast food favorite, the Shamrock Shake.

First introduced in 1970, the bright green Shamrock Shake had a lemon/lime and vanilla flavor, but by 1973, the lemon/lime flavor was dropped, making it simply a vanilla shake that happens to be bright green in honor of St.Patrick's Day.

The traditional meal of St. Patrick's Day of today is corn­ed beef and cabbage. This traditional, boiled dinner was actually borrowed by Irish immigrants from the Jewish community in the 19th century for economic reasons.

The Irish favorite, bacon joint, also known as back ba­con, was becoming too costly, so the Irish immigrant community switched to the more cost effective corned beef (a salt cured brisket of beef).

Another traditional Irish cuisine is the beloved Irish Soda Bread. This holiday favorite does not date back to St. Pat­rick’s time, but rather the 1830’s, during Ireland’s financial strife. Many ingredients for traditional breads were ex­pensive and hard to come by. So, out of necessity, the soda bread recipe was created.

Made mainly from flour, baking soda, milk and salt, this recipe was easy to create even for the most isolated areas of Ireland.

Today, soda bread is a St. Patrick’s tradition, not only for its ease and good taste, but because it reminds us of the struggles that our Irish ancestors faced through difficult times.

Boston first celebrated its St. Patrick’s Day Parade on March 17, 1737 as a gesture of solidarity among the city’s new Irish immigrant community.

The parade was moved to South Boston in 1901. The Sou­thie neighborhood was not on­ly a robust Irish community, but it was also the sight of the British evacuation of 1776, making it the perfect place to honor both of these significant historical holidays for the city of Boston. Since the 1901 move of the parade’s location, the South Boston St. Patrick’s Pa­rade has highlighted both military service and Irish heritage, and has been a time honored tradition for the surrounding communities.

This year’s South Boston Parade was to be held on Sun­day, March 15, 2020, with an estimated 600,000 people ex­pected to attend, but on Mon­day, March 9, Boston’s Mayor Martin Walsh announced the parade will be canceled due to public health concerns over the recent outbreak of the Co­ronavirus.

Bad weather had threatened to cancel the parade several times over the years, but the only other time that the pa­rade has been canceled in recent years was in 1994.

After the state’s surpreme court had determined that an Irish-American Gay and Les­bian group had the right to participate in the St. Patrick’s Day Parade, officials from The Veterans Council of South Boston, who managed the parade at the time, chose to cancel the parade rather than let the group participate.

Parade officials hope to re­schedule this year’s parade at the end of the month, however, as of the printing of this article, no date has been an­nounced.

So far, there are no plans to cancel the St. Patrick’s Pa­rade hosted by the City of Law­rence, which is scheduled to take place on Saturday, March 14, 2020 at 1 p.m.

This parade will start at Amesbury and Common Street and end at Market Street. Visit Lawrence MA St. Pat­rick’s Day Parade on Face­book for a full parade route, to find the best viewing spots, or for any schedule changes.

If you are still in the mood to celebrate all that is Irish after March 17, you may want to take a ride to Weymouth for their annual Irish Heritage Day Parade and Festival on Sunday, March 29, 2020 starting at 11 a.m.

The parade will proceed down Union street, and will be followed by an Irish Festival at Stella Tirrell Park. For more information on festival events or for any postponement an­nouncements, visit Weymouth Irish Heritage Day on Face­book.

The month of March is looking promising with warmer weather and fun St. Patrick events to participate in, either within the community, or at home, surrounded by family.

Regardless of your ethnic background, adorn yourself in your brightest “kelly green” clothes, and enjoy some of the many Irish traditions this holiday has to offer. Remember, “the luck of the Irish” is with everyone on St. Patrick’s Day!