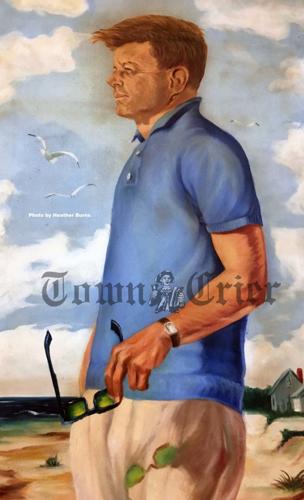 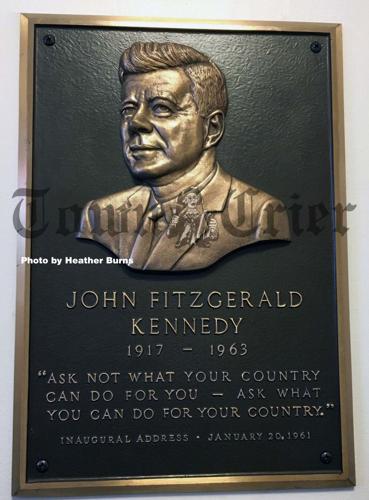 Plaque outside front door of the Museum (Heather Burns photo) 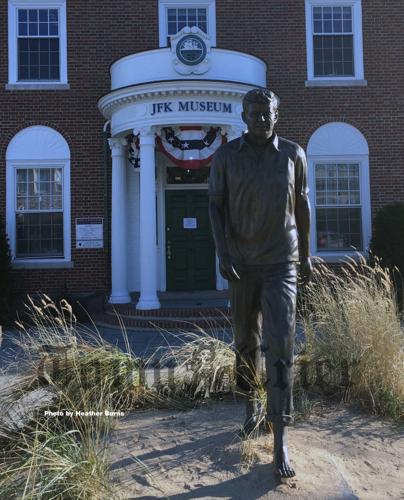 Plaque outside front door of the Museum (Heather Burns photo)

‘Where were you when JFK was shot?” is a question well known to the generation that lived through that tragic week in 1963 when the 35th President of the United States was shot and killed during the now infamous motorcade in Dallas, Texas.

This November marks the 55th anniversary of President John F. Kennedy’s death. The John F. Kennedy Museum, located at 397 Main St. in Hyannis, is a place you can pause and reflect on a tragic, yet poignant part of our country’s history.

Not unlike it’s famous counterpart, The John F. Kennedy Li­brary in Boston, The John F. Kennedy Museum in Hyannis chronicles the life of the man and statesman, but is on a smaller, more intimate scale. Visitors that come to Cape Cod can experience and be close to a place that meant so much to JFK during his life.

The Kennedy family has long standing ties with the coastal community of Hyannis Port. Rose and Joseph Kennedy Sr. purchased a six-acre property in Hyannis Port in 1928, and later ex­panded that parcel of land to house other members of the Ken­nedy family, in­cluding sons, John, Robert, and Ted. This area of Hyannis Port was known as the Summer White House during JFK’s presidency, and is now known as the Kennedy Compound.

The museum is housed in a building that was once the Hy­annis Town Hall. Standing out in front of this building is a statue of John F. Kennedy, strolling barefoot. You can close your eyes and image young JFK and his family walking down the streets of Hyannis on a sunny afternoon, perhaps stopping in the exact same place you are standing. It is moments like this that make the intimate setting of this museum the real experience.

The John F. Kennedy Mu­seum in Hyannis offers interactive and changing exhibits. Currently, there are three major exhibits on display.

The original negatives for nearly all the Lowe’s photographs were lost forever in the 9/11 attack on the World Trade Cen­ter, where Lowe had stored his negatives in a bank vault. For­tunately, the contact sheets for these negatives were stored at a different location, and were able to be digitally restored to museum quality for this exhibit.

Lowe is credited with helping to shape Kennedy’s image in the public eye with the more than 40,000 images he took of John and Jacqueline Kennedy, and their children over a three-year period.

Another interesting exhibit is the JFK at 100: Life and Legacy. This exhibit chronicles JFK from childhood to death.

A touching note from son, John, to father, Joseph, titled “ Plea for a Raise” asking for a raise in his allowance from 40 cents to 70 cents, including the reasons why this large raise was necessary for the young JFK is one of many items on display.

From relaxed family photos frolicking in the waters of Hy­annis Port, to running for a seat in the House of Representatives in Massachusetts 11 District, photos from every major event of JFK’s life is represented. A hand illustrated Christmas poem written by young Caroline for Grandpa Joe, even official programs and invitations to inaugural ceremonies are all part of this fascinating exhibit.

The third current exhibit is Robert F. Kennedy: Ripple of Hope. This display was assembled in collaboration with the RFK Human Rights Foundation, and will be on display through 2019.

This exhibit captures Robert F. Kennedy’s contributions to our country through photographs, campaign artifacts, and video and newsreels from his time as Attorney General, his political campaigns and his assassination.

The John F. Kennedy Hyannis Museum also offers lectures, receptions, screenings and book signings. In addition, live webcasts are streamed from the JFK Library in Boston, to encourage public discussion on a range of historical, political, and cultural topics that pertain to the legacy of President and Mrs. Kennedy’s years in the White House.

For tickets, or more information about exhibits, events or webcasts, call 508-790-3077, or visit www.jfkhyannismuseum.org.