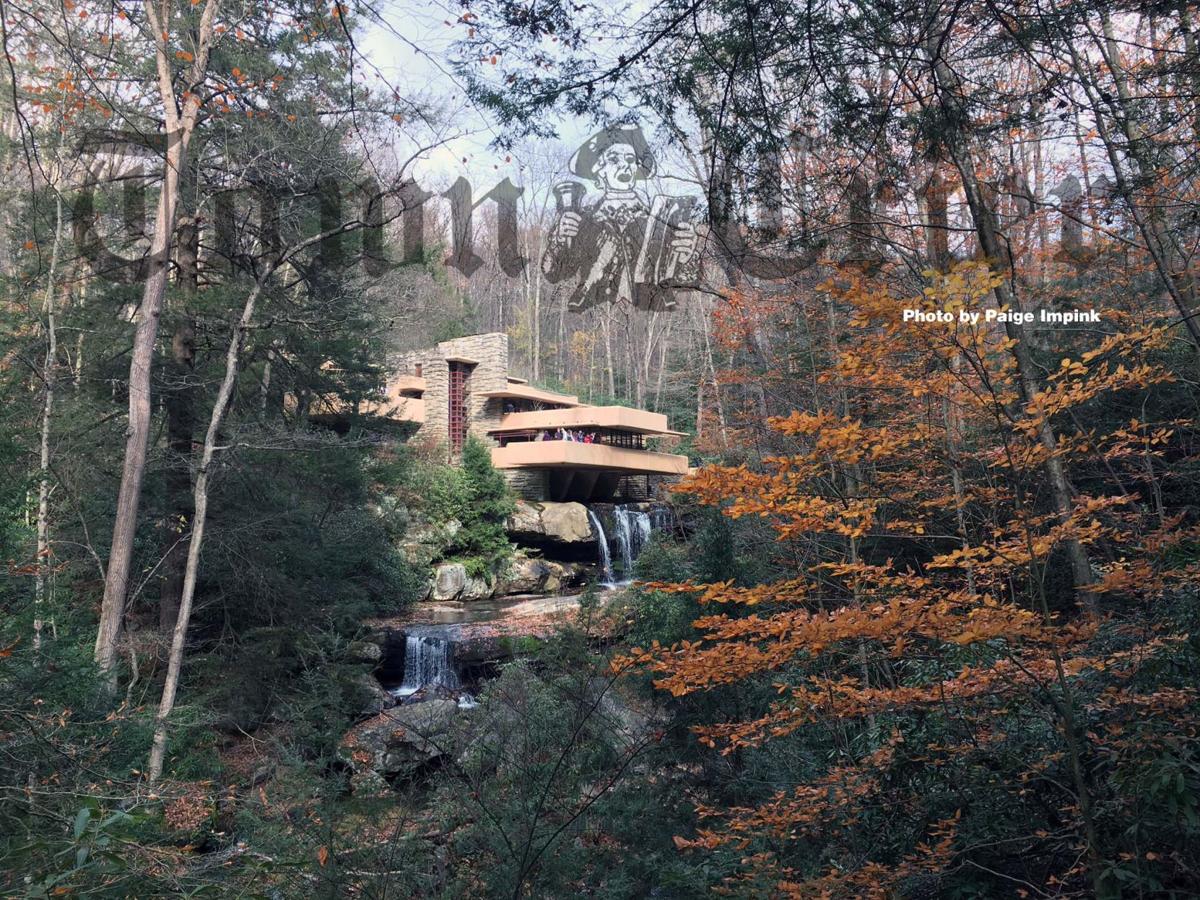 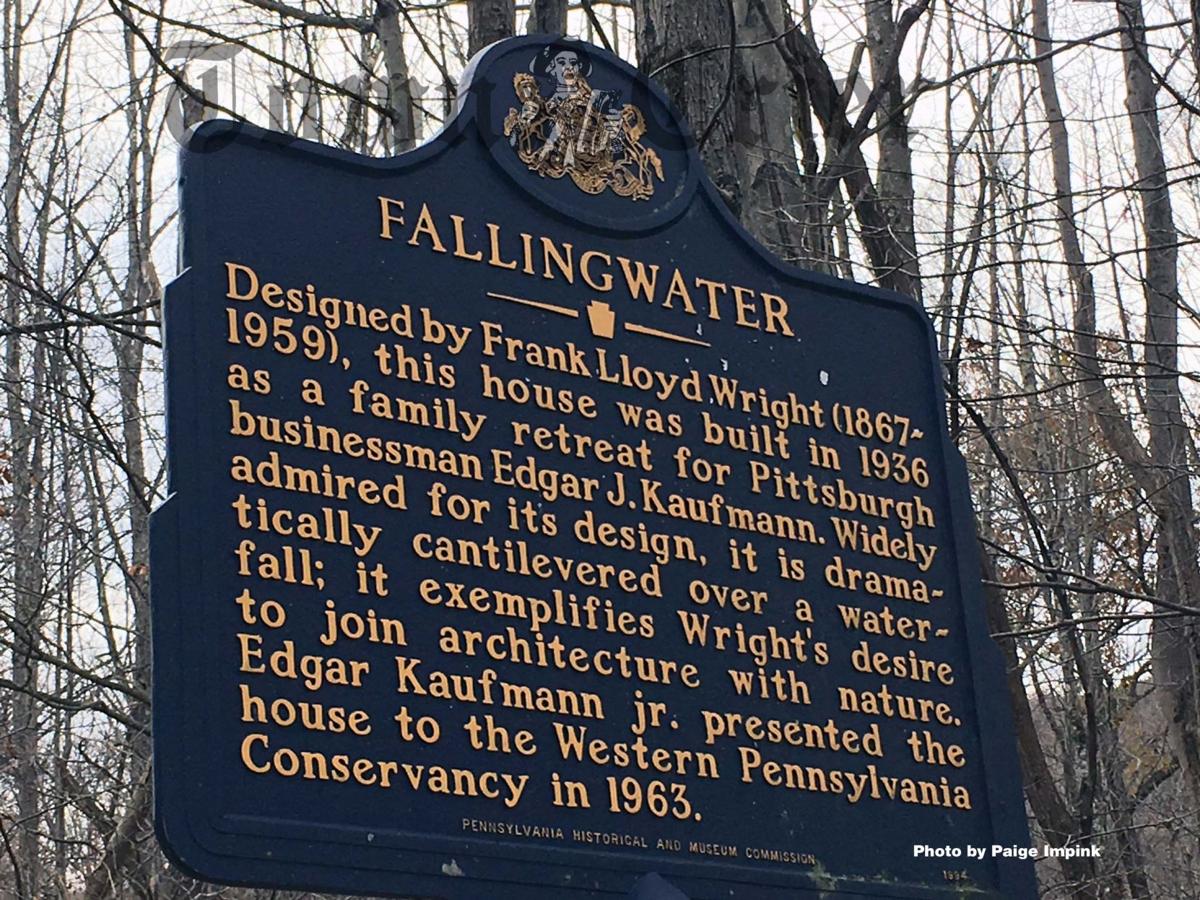 The home is cared for now by the Western Pennsylvania Conservancy and is open to the public for tours. (Paige Impink photo)

The home is cared for now by the Western Pennsylvania Conservancy and is open to the public for tours. (Paige Impink photo)

The rolling hills of Pennsylvania provide a backdrop for one of the most recognized and defining works of architect Frank Lloyd Wright. Fallingwater, the “cabin in the woods” built for the Kaufmann family of Pittsburgh has been heralded as one of the most pure examples of form and function in all of America, communing house and landscape as one.

On a recent visit to Pitts­burgh, the house was the num­ber one destination for our family and was just an hour away from the city center.

Bear Run is the setting for the home that the owners of Kaufmann’s Department Store, a Pittsburgh institution, sought for themselves as a tranquil retreat from the hustle of their busy downtown lives in the early 1930s. After a visit to Talie­sen, the home of Wright in Wisconsin and a self de­scribed design lab, Edgar Kaufmann, Sr. reached out to the architect to design a home for his wife and son.

Understanding Wright’s keen interest in combining elements of the land and nature into his design, both inside and out, Kaufmann set a budget of $20-30,000 for the cantilever designed home. The 5,300 square foot home has terraces off of each bedroom and windows that open out of the way, providing unobstructed views.

Now owned and managed by the Western Pennsyl­va­nia Conservancy, Falling­water is a must-see for anyone interested in architecture and Frank Lloyd Wright. The house was built between 1936 and 1938 and is noted for its simple color palette, famous cantilevered patios, and wa­ter­fall running right under the home.

Even the small swimming pool was filled with mountain water via a spring in the side of one of the hills. Furniture inside the home is primarily built-in, and is low to the ground and seems to just grow out of the walls. Views are not obstructed, and materials are organic in nature. Several elements in the home actually incorporate stone boulders from the mountainside which jut into the home and form shelves, the fireplace hearth, and walls.

Preservation of the home has been an ongoing task, and special care has been taken to allow the public as much access to the home as possible while work continues on the property. The house sits on 5,000 acres on wooded hills surrounded by rhododendrons.

Frank Lloyd Wright was almost 70 years old when the home was completed. He went on to design the Gug­genheim Museum in New York and is credited with designing and building over 400 structures during his career.

In fact, according to the Conservancy, Fallingwater is the only Wright-designed home open to the public which retains the original furnishings and features. Should you find yourself in Pitts­burgh or southwestern Penn­sylvania, take a detour to Bear Run and tour this enduring icon of American architecture. www.fallingwater.org.

Nature creates the most amazing landscapes and many people want to reproduce them at a small scale at home or for their businesses. For example, some people have resorted to these water fall installation orange county services to obtain a unique outdoor design. The company has many photos to prove its professional work, so anyone interested should check the company' official website.