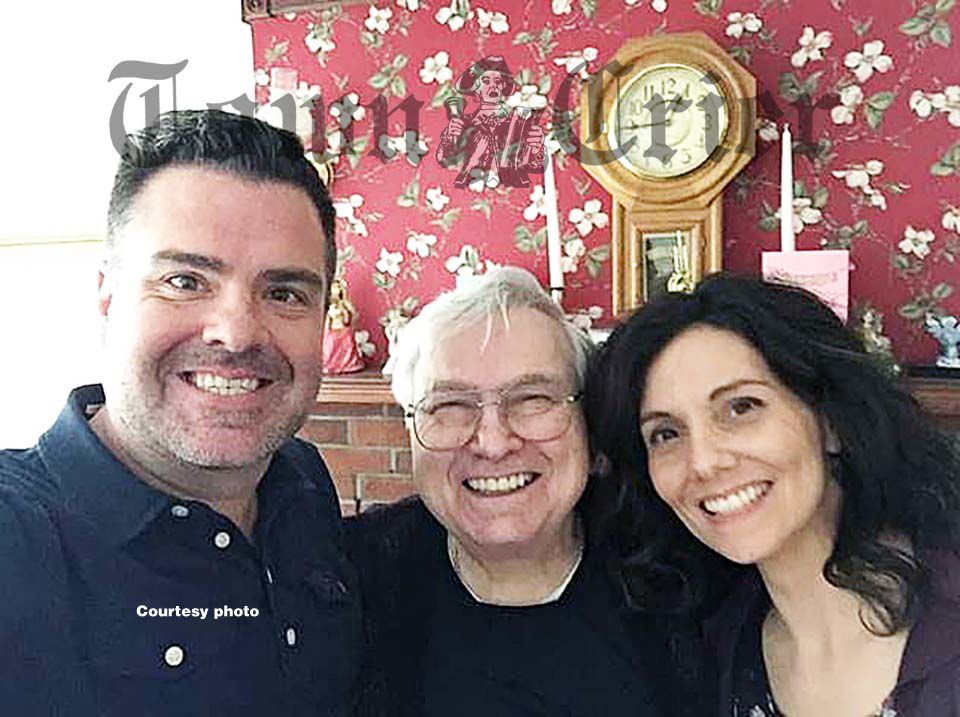 1992 TMHS graduates Lori (Salmeri) Douglas and Jason Nutile pictured with Bill DeGregorio in 2016. DeGregorio was remembered by students and administrators alike for his inspirational announcements and dedication to the Tewksbury school system.  (Courtesy photo) 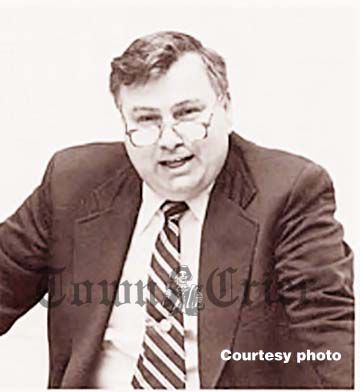 A picture of principal William DeGregorio from the 1984 TMHS Yearbook Scroll.

1992 TMHS graduates Lori (Salmeri) Douglas and Jason Nutile pictured with Bill DeGregorio in 2016. DeGregorio was remembered by students and administrators alike for his inspirational announcements and dedication to the Tewksbury school system.  (Courtesy photo)

A picture of principal William DeGregorio from the 1984 TMHS Yearbook Scroll.

TEWKSBURY — There are people who are fixtures in a life; persons who mark milestones that are core to the narratives of our journeys. Often, the individual is a special teacher, a friend, or a high school principal who left an indelible mark on the pathway to adulthood.

One such person, credited with touching so many lives, was Bill DeGre­gor­io. An educator by training, William DeGregorio is remembered as a mentor and a motivator to multiple generations of administrators and students in Tewksbury.

A United States Army veteran, DeGregorio was Assistant Principal of Tewksbury Memorial High School in 1970 and assumed the role of Principal from 1974 to 1995. Eager to give back, DeGregorio also served as a member of the Tewksbury School Com­mittee in the early 2000s, and participated in school building committees, and numerous other school system initiatives. The TMHS Chapter of Na­tional Honor Society is named in his honor.

According to his obituary, DeGregorio, who was fondly referred to as “Billy D,” passed away unexpectedly on June 27 at the age of 85. DeGre­gorio was considered a mentor to the many ad­ministrators he worked with in Tewksbury.

Former Heath Brook and Ryan School principal Kevin McArdle said, “His advice on different administrative issues was invaluable to me. I knew I had an unofficial mentor in Billy. At our administrative meetings, Billy’s take on issues facing our schools was always on target. We all paid attention when Billy spoke. He was certainly one of a kind!”

“Billy D was so helpful to me when I joined the school district in 1991. He helped me to learn about the community. My train­ing had been in elementary and special education so his guidance in learning everything about Tewksbury Memorial High School was invaluable. He was a great contributor to our leadership team. His attention to detail and his immediate re­sponse to any concerns at TMHS endeared him to me.”

Dr. Cynthia Basteri, In­terim Director of Com­mu­nity Services, recalled of DeGregorio: “his kindness and compassion toward students, along with his vision for the future of education, ser­ved him well during his 25 years of leadership. He wrote a number of successful grants for our school system; he was my grant writing mentor. Even after his retirement, he and I would discuss and brainstorm ideas about grant applications. He was also extremely devoted to his family, especially his loving wife. I am sure his sudden passing will be an enormous void for them.”

“He prioritized academics and had a constant pas­sion to make Tewksbury High School a better place for students... he was an unofficial ombudsman of sorts... always trying to make positive changes for our schools,” said The­riault-Regan. “He could be quoted as saying ‘How will this directly contribute to students?’"

As with the other administrators interviewed, The­riault-Regan treasures the contribution DeGregorio made to her career.

“He was a valued and trusted mentor to me in my career in education; I'll always appreciate that.”

Theriault-Regan said DeGregorio helped her as an advisor to Tewksbury CARE (Citizen's Actively Reinforcing Education) Ed. Foundation, in the late ’90s/early 2000s, helping to provide grant opportunities to assist innova­tive teachers towards im­proving student achievement and to bring the town together in that goal.

She added, “Before dual enrollment and AP courses were in vogue, he at­tempted to set up early college opportunities for many of us [former seniors] at TMHS.”

She remembers him as “...smiling and ever-energetic, fiery personality... he was a visible and out in the hallway type of principal... he knew our names.”

According to Theriault-Regan, DeGregorio was so proud to see the new TMHS building project undertaken.

“He surprised me the week before opening the new school and came by when he saw me burning the midnight oil. Of course, he deserved a private tour as he was so proud, not only as the former TMHS principal but as a resident of our town,” she said.

Theriault-Regan added, “The only thing that mattered more than the students at TMHS, was his family. He talked so lovingly about Jane and his kiddos and grandchildren.”

Class of 1992 graduate Ja­son Nutile shared, “I am broken-hearted about this news. To thousands of Tewksbury residents he was their high school principal. In the early ’90s, long before ‘Glee,’ there were some kids who wanted to put on plays, perform, write and create. Let’s just say... there wasn’t much interest in supervising that club. This guy jumped in, and not only supervised but inspired.

“Most would have no idea how creative he was just from passing the front window of the school office. He wrote plays. He introduced us to Broad­way theater in New York and he entered us in re­gional competitions that tested our confidence.”

Nutile went on to say, “I will never forget the mor­ning he pitched me a reality series in the hall of TMHS, long before it was even a thing. When you are young, and unsure of who you are going to be­come, you need mentors to take the time to try and help you figure that stuff out. Mr. D did that for me and my friends.”

Nutile now lives on the west coast and said, “In 2016, I received a screenwriting book in my Los Angeles mailbox. It was a book I lent Mr. D back in high school. He mailed it back 20 years later with a sweet note. He was a lovely man. And I know I speak for a handful of actors, writers, doctors, executives, artists and nurses when I say he will never be forgotten.”

Bridget (Merrill) Gara­be­dian, TMHS class of 1991 said, “we remember him as not only our principal but also our Drama Club mentor.  He took over the program when we thought it was not going to continue and he challenged us. Not only did we participate in shows for our community, he en­couraged us to write one act plays, to direct them and enter them into competitions where we competed with other districts in the state.

“I believe that Mr.D’s support, encouragement and love for the arts re­vived our drama program and helped to lay the foundation for the amazing drama programs that we have in our schools today.”

From the class of 1993, Debbie (Greenglass) Cooke said, “We need more Mr DeGregorios in the world.”

Peter Manseau, TMHS class of 1992 said, “I think about his morning an­nouncement catchphrase all the time: ‘Don’t forget to believe in yourselves.’ I didn’t know then how important it is for teen­agers to hear this but I now find myself saying it to my own kids and I realize that somehow we all took it to heart.”

Amanda (Carroll) Crea­mer from the class of 1991 said, “He was such a great man. We were lucky to know him not as a principal but as a role model and artist.”

Michael Jasilewicz from the class of 1992 said, “He always had a smile and made you feel welcome. He lived his truth so others could live theirs. I have no doubt he was fulfilled in his contributions to the thousands of young adults he inspired.”

DeGregorio was remembered by so many for his iconic daily announcements: “Have a happy and healthy day and don’t forget your trays” and “Don’t forget to believe in yourself.”