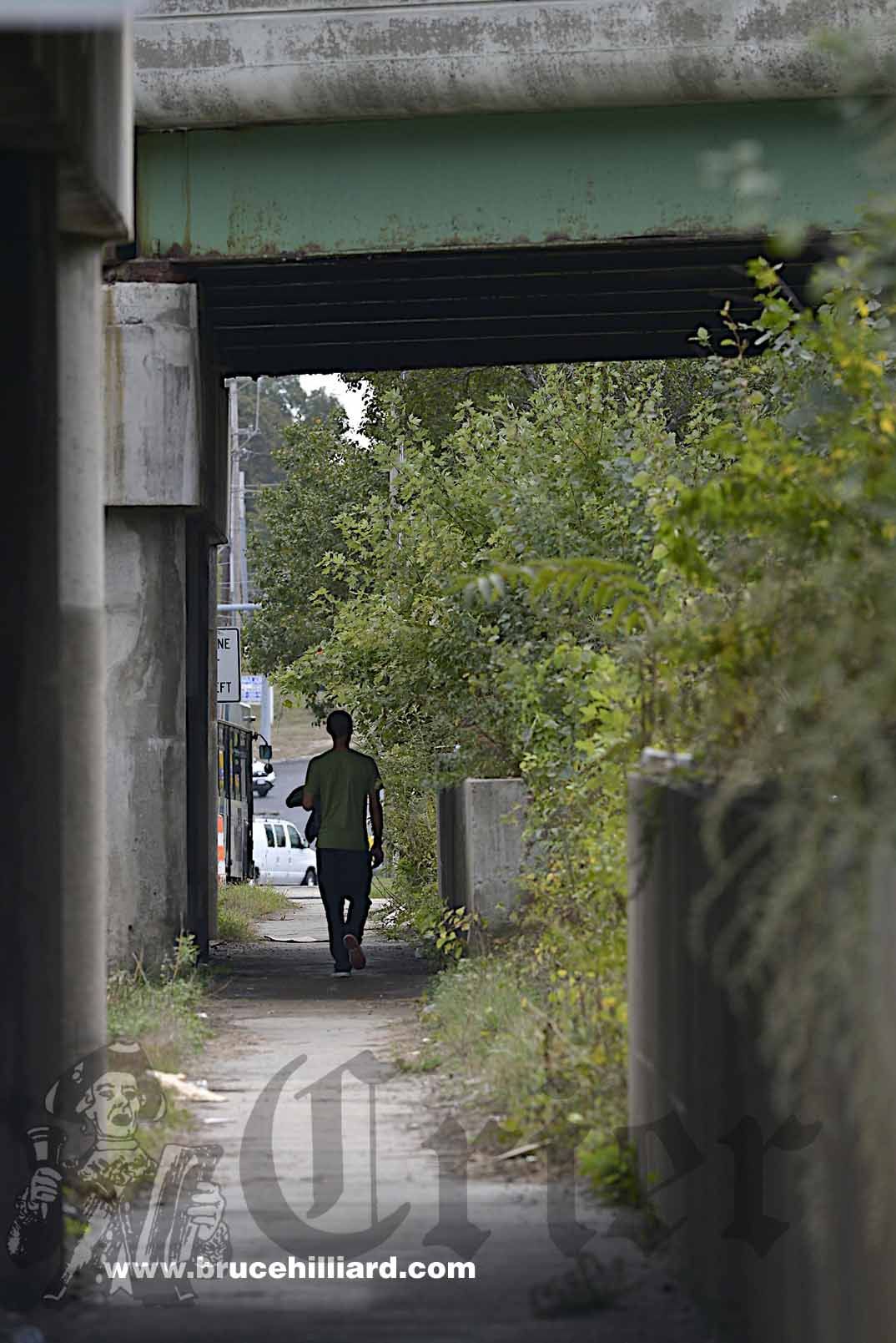 The underpass of Rt 495 and Rt 38 seems to be a hangout for a few homeless people. BruceHilliard.com 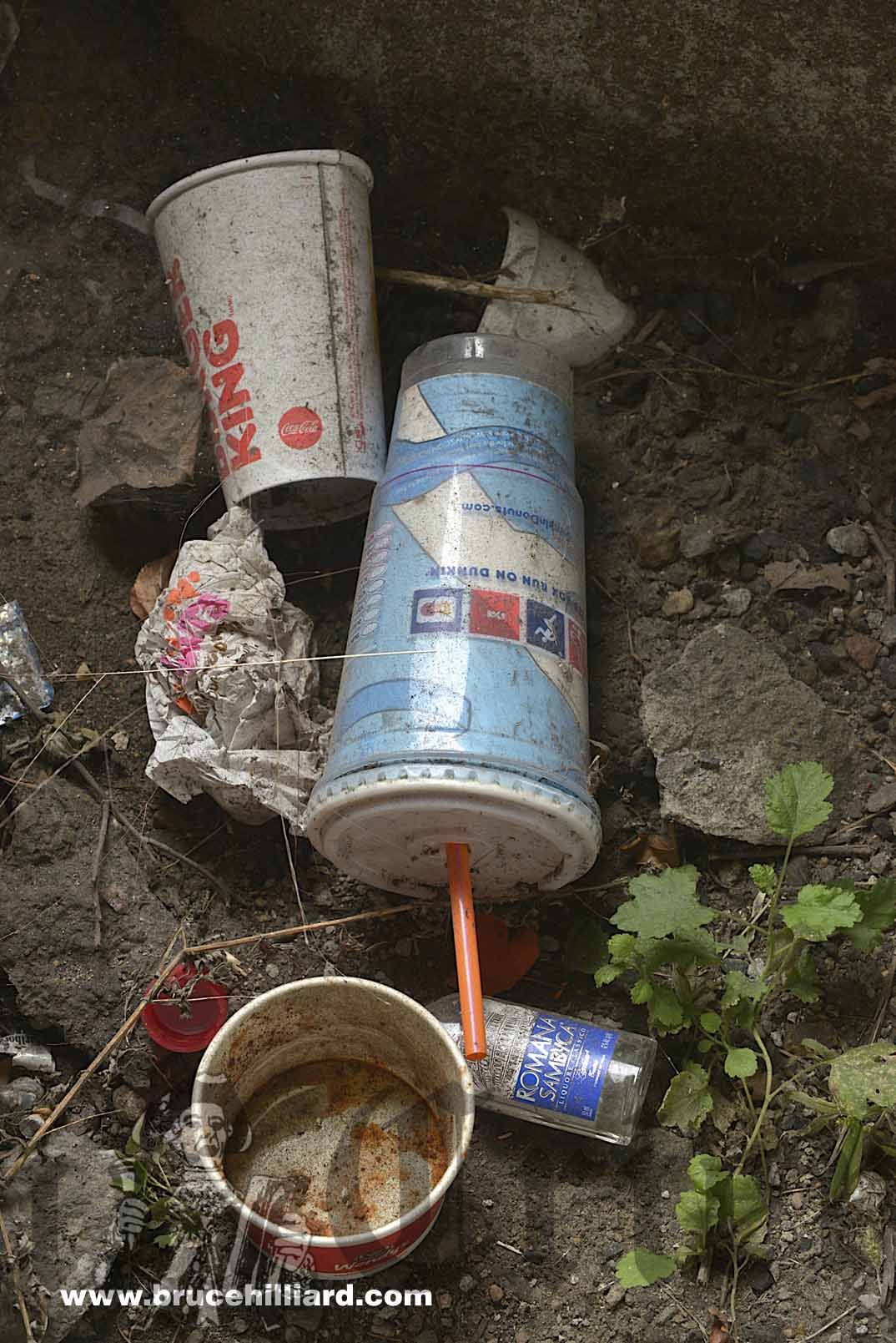 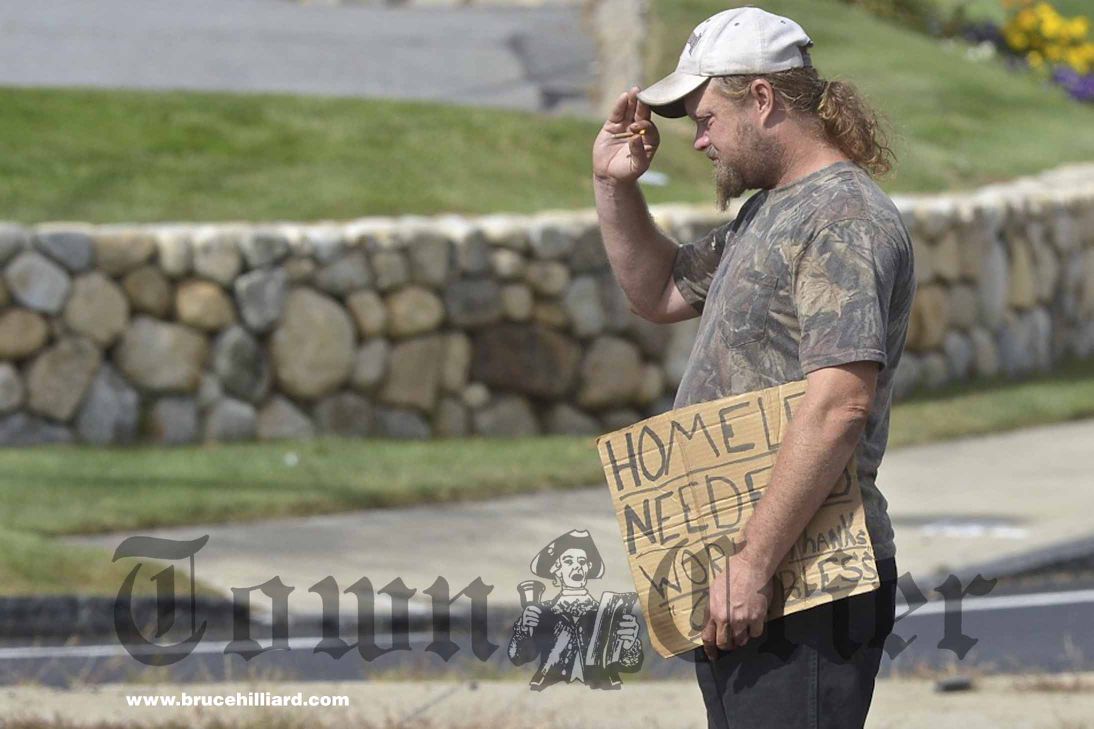 A homeless man seen here, panhandling at the entrance to Home Depot in Tewksbury. BruceHilliard.com

The underpass of Rt 495 and Rt 38 seems to be a hangout for a few homeless people. BruceHilliard.com

A homeless man seen here, panhandling at the entrance to Home Depot in Tewksbury. BruceHilliard.com

TEWKSBURY – East Street resident Kelly Rose Sarno has serious concerns about her recent move to Tewksbury. The Stoneham native moved here with her husband a year ago, and up until now, has had a relatively seamless transition.

Recently, in a spate of what appear to be repeated unwanted visits from a homeless man to homes in the East Street area, Kelly and neighbors are in a state of high alert.

Two weeks ago, while Kelly was out, her husband, Sean, called to tell her that what appeared to be a homeless man came over from the cemetery across the street telling him, “I dropped something of great importance. I need a flashlight. Let me in!”

Sean called the police who responded immediately and placed the man in protective custody, but released him on the basis that he had not committed a crime.

The Crier spoke with Deputy Chief John Voto. “People don’t understand,” said Voto, “It’s not a crime to be poor,” adding, “It can never be held against you.”

Voto explained that many of the transients are from other towns, but because of the easy access to highways, Tewksbury is one of many communities targeted as a good place to set up camp.

Also, because homelessness is typically tied to mental health issues that is one component under consideration, along with the possibility that drug addiction could easily play a part. The recent spate of panhandlers in the area begs the question.

There have been reports that the groups are living in the woods, and near to a bridge close to 495. The Crier went out to inspect the area on Tuesday, but found no camp set up as the groups frequently move making it nearly impossible to pinpoint their location.

The area, which is somewhere in the deep woods behind Home Depot and Walmart in north Tewksbury, is said to be prime, as the transients look for places where power supplies are located and because of the proximity to highways. Also, many of the homeless set up panhandling operations at the entrances and exits of stores such as Walmart and Home Depot, and in neighboring Wilmington, at the exits and entrances to Market Basket and CVS.

A Home Depot employee who wished to remain anonymous told the Crier, ‘They’re right back there,” pointing to the woods directly behind the store. When asked if he thought drugs might be involved, the employee nodded in acknowledgement, answering, “I think someone who’s panhandling like that, there’s got to be something.”

The Crier spoke with Selectman Mark Kratman who maintains that the majority of the panhandling problem is drug related. Kratman, who works for the state Department of Transportation with snow and ice operations, told the Crier, “The police have offered them to go to a shelter. They don’t want a shelter. They’re out there all year long.”

The panhandling problem has been ongoing over the last several months in Tewksbury and surrounding communities. At Monday night’s Board of Selectmen meeting in Wilmington, the issue was brought up by Selectman Michael McCoy. “There’s a lot of panhandling going on in the Town,” said McCoy, adding, “Maybe Town Meeting can put together an ordinance to stop the problem.”

Kratman was emphatic about what he feels is the best way to remediate the problem. “I cannot stress enough. If you want them to be gone, stop giving them money.”