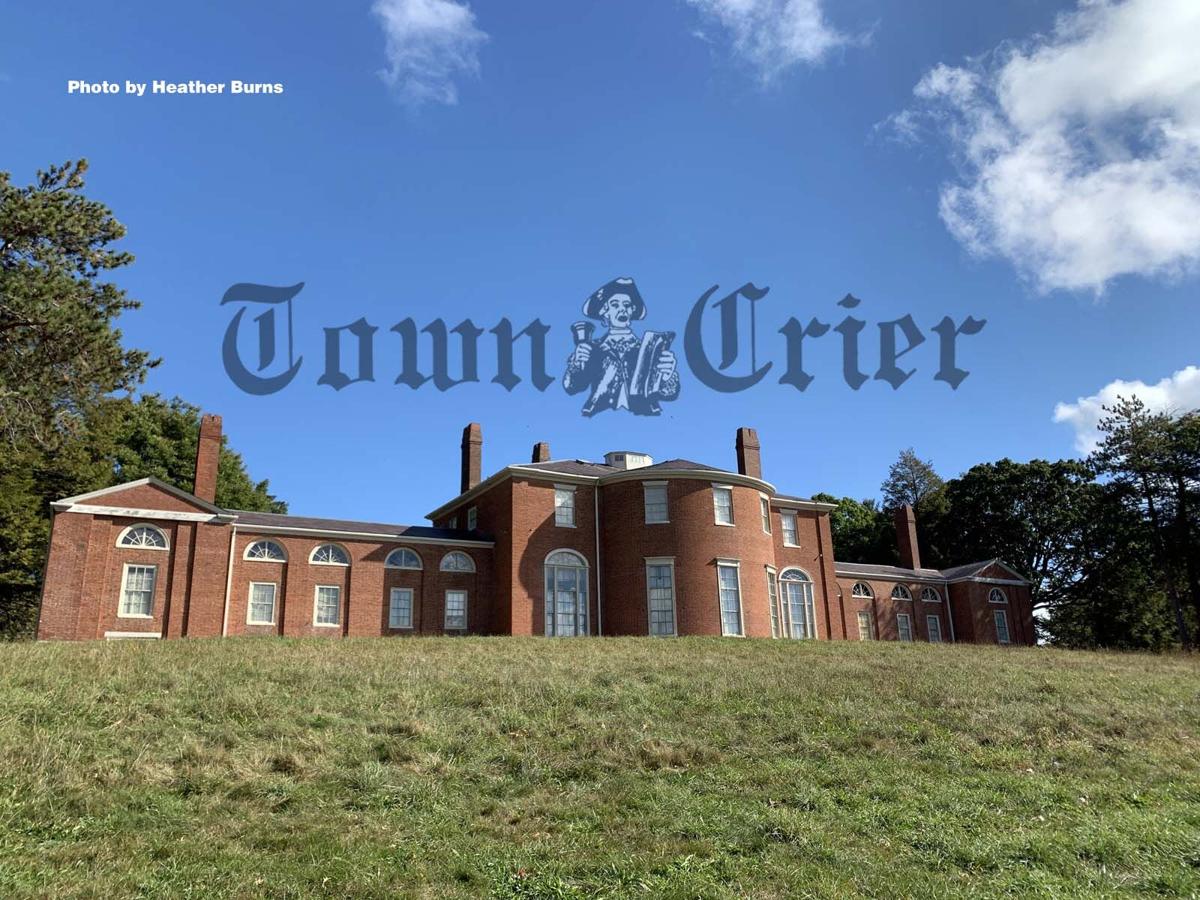 Gore Place Mansion, built in 1806, is an excellent example of Federal Style architecture. It sits atop a hill that looked over the banks of the Charles River. Unfortunately, due to tree growth and the modernization and growth of the town, the view is now obstructed. (Heather Burns photo) 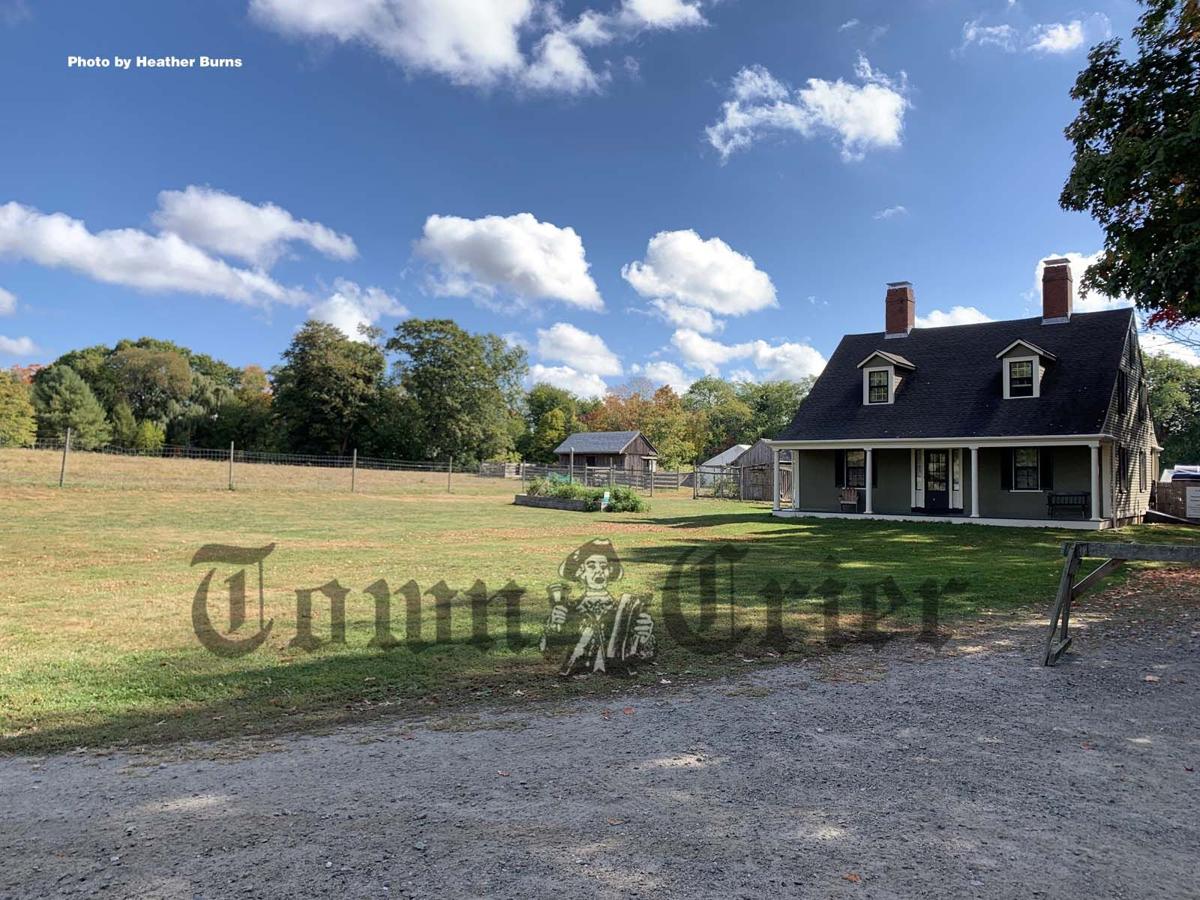 The working farm features sheep, goats and heritage breed chickens, just like the original farm of the late 1700s, early 1800s. The farm also has a farm stand that is open to the public and all farm stand purchases can be done online for curbside pick up. (Heather Burns photo)

Gore Place Mansion, built in 1806, is an excellent example of Federal Style architecture. It sits atop a hill that looked over the banks of the Charles River. Unfortunately, due to tree growth and the modernization and growth of the town, the view is now obstructed. (Heather Burns photo)

The working farm features sheep, goats and heritage breed chickens, just like the original farm of the late 1700s, early 1800s. The farm also has a farm stand that is open to the public and all farm stand purchases can be done online for curbside pick up. (Heather Burns photo)

Surrounded by the hustle and bustle of the Town of Wal­tham, there lies a his­toric hidden gem known as Gore Place.

Located just nine miles from downtown Boston, and a half-mile from the banks of the Charles River at 52 Gore St. in Waltham, this 50 acre estate features sprawling lawns, walking paths, an antique carriage house and grand mansion, as well as a working farm.

The Gore Estate was part of the land originally owned by one of the founding fathers of Wal­tham, Reverend George Phillips.

After his death, Phillips' house, barn and outbuildings were purchased by Boston lawyer, Chris­topher Gore, in 1786.

Gore was very active in the Federalist party and held several political positions throughout his career. He served as Gov­ernor of Massachusetts, then Senator, and eventually as Am­bassador to Great Britain.

Gore gained his personal fortune by purchasing Revolu­tion­ary War debts at a discount, then receiving full value for them from the government.

With his building fortune, Gore began to purchase land in the surrounding area of his home until his estate grew to 400 acres.

In 1799, fire destroyed the house that Gore originally purchased. Gore immediately start­ed plans to rebuild a showplace home that he and his wife could not only live in, but entertain in with style and comfort. By 1806 the palatial mansion, that still stands today, was completed for the price of $24,000.

The Gores had no heirs, so the estate was broken up and sold. Over the next 70 years it was owned by several different families, and in 1921, 70 acres of the original estate were sold to the Waltham Country Club to use as a golf course.

The golf course eventually went bankrupt during the Great De­pression, and was sold by auction in 1935. It was purchased by a group of citizens that were concerned with preserving the past. This group formed the Gore Place Society in order to restore Gore Place to its former glory.

After many years of restoration, the National Park Service designated Gore Place as a Na­tional Historical Landmark in 1970.

Today, the Gore Mansion stands as an excellent example of Fed­eral Style architecture, and is a historical treasure.

During the planning and building of the mansion, Mrs. Gore was so influenced by the architecture she saw in Europe during her many trips abroad with her husband, she insisted those designs were incorporated into her dream home.

The mansion sits on a hill with a view of the south side of the Charles River, and is surrounded by lush grounds and a working farm.

The Mile Walk is tree lined and extends to the property’s peri­meter, bordering Boston Post Road on one side and a brook that flows into the Charles River on the other side.

The Straight Walk is also tree lined, and offers a serene, natural ambiance under the canopy of trees.

Pathways to the mansion and carriage house are lined with an­tique lanterns, making for a unique, historical setting for evening strolls.

In order to keep the farm much like the original farm owned by Mr. and Mrs. Gore, the farm features sheep and chickens that are heritage breeds from the early 1800’s.

The farm also has a farm stand that is normally open to the public, but because of COVID-19, the Gore Place Farm Stand is open online only for orders and pick up.

The grounds are open everyday from dusk until dawn for leisurely walks, small picnics, and to enjoy the views.

Outdoor guided tours are available every Wednesday and Sat­urday from 1 to 3 p.m.

Unfortunately, indoor tours of the mansion are on hold due to the pandemic. For those who wish to tour Gore Place from the comfort of your own home, their website offers a variety of informational historical packets, virtual tours and concerts, as well as highlights from the Gore Place collection.

This October the Gore Place is offering several outdoor events to enjoy with your family.

On Oct. 18 enjoy an interactive presentation of 19th century clothing and design.

Forager David Craft hosts “Eyes Out for Edibles” on Oct. 25, and will escort you on a nature walk of Gore Place.

Reservations and tickets are required for both the outdoor guided tours and the October events. However, entrance to the grounds and parking are both free.

Now that fall is almost in full “bloom” in Massachusetts, enjoy all that is wonderful about living in New England. A leisurely walk in the crisp autumn air, surrounded by fall foliage and history, will make for a tranquil afternoon at Gore Place.

For more information on ticket prices for upcoming events or to take a virtual tour from home, visit www.goreplace.org