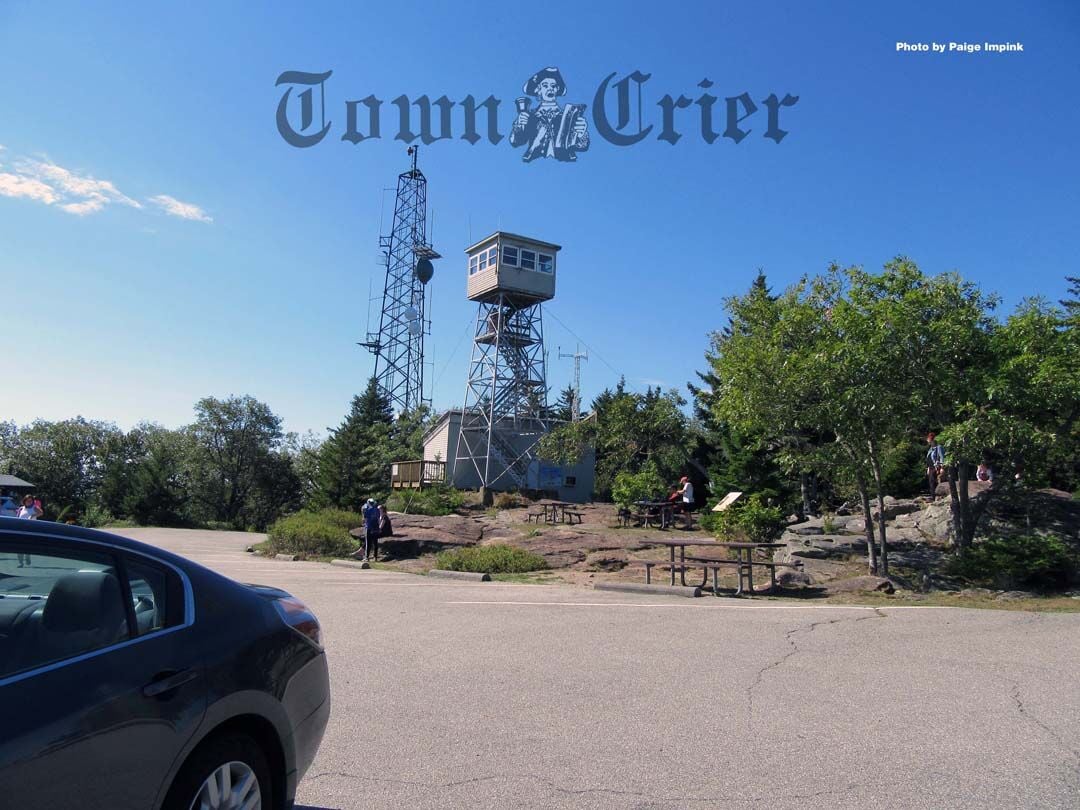 The fire tower at the top of Pack Monadnock in Peterborough, New Hampshire. Visitors may hike or drive the auto road to the summit. (Paige Impink photo) 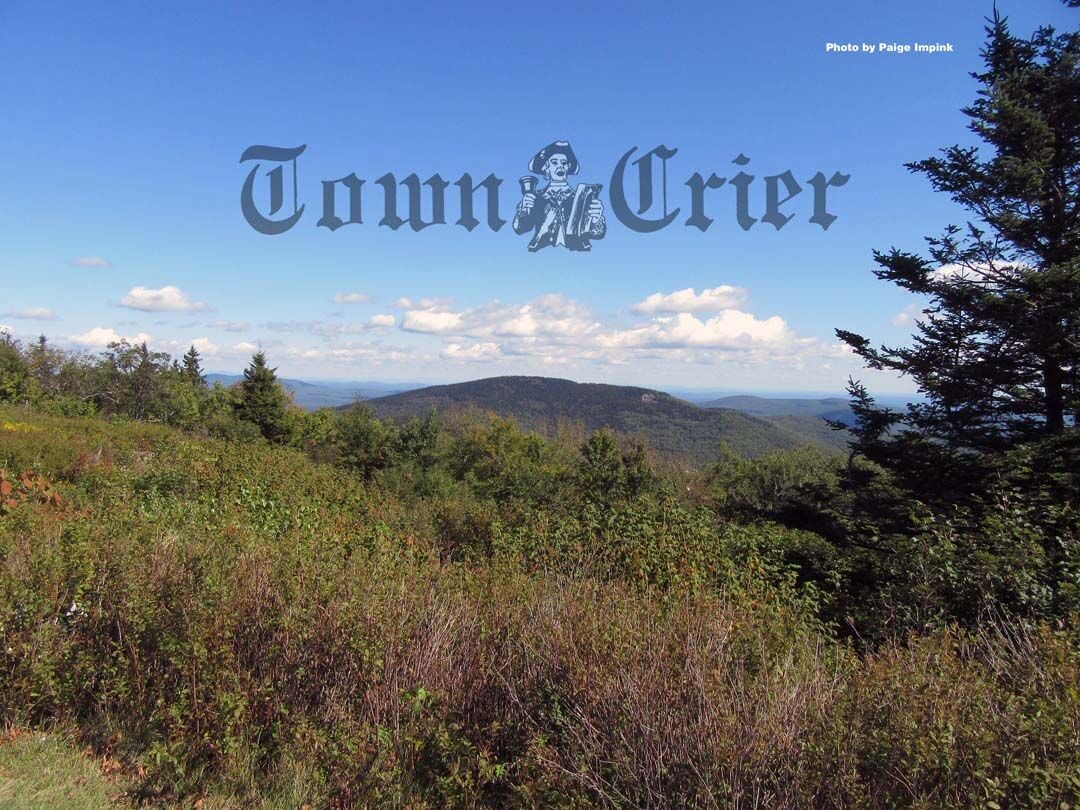 A view of North Pack from Pack Monadnock. The mountains are linked via the Wapack Trail which traverses the Wapack National Wildlife Refuge. (Paige Impink photo)

The fire tower at the top of Pack Monadnock in Peterborough, New Hampshire. Visitors may hike or drive the auto road to the summit. (Paige Impink photo)

A view of North Pack from Pack Monadnock. The mountains are linked via the Wapack Trail which traverses the Wapack National Wildlife Refuge. (Paige Impink photo)

Before I go any further, please read this: you must make a reservation to hike in New Hampshire state parks. Massachusetts residents are welcomed to day hike, but if you don’t have a reservation, you will be turned away at any of the parking lots.

This is a COVID-19 mea­sure set by New Hamp­shire to keep a limit on the number of people on the trails. Parking along roadways is also not permitted at this time.

A monadnock is defined as an isolated mountain or hill, standing above an area, primarily remaining because it was resistant to erosion. Monadnock, ac­cor­ding to multiple sour­ces, is the Abenaki word for mountain.

In southern New Hamp­shire, there are several mountains named Monad­nock, including Mount Mon­adnock, North Pack Monadnock, and Pack Mon­­adnock, which is the one chose having hiked the extremely popular and busy Mount Monadnock. Other monadnocks in the region include Mount Wa­tatic, Temple Mountain, and Kidder Mountain, and several more.

Pack Monadnock is 2,290 feet high with several trails and an auto road to the summit. Parking at the base off of Route 101, we planned to ascend via the Marion Davis Trail and descend via the Wa­pack Trail.

We arrived at Miller State Park, the oldest state park in New Hamp­shire. Trail maps and porta potties were plentiful, and the staff was friendly and helpful. There is a terrific 360 de­gree-view map available which identifies all of the main features visible (on a clear day) from the sum­mit including Boston, Mount Wachusett, Mount Monadnock, and the Ver­mont hills. Climbing the fire tower will boost your view, but there are also nice picnic areas and lookouts around the summit as we discovered.

The Marion Davis trail is 1.4 miles to top and was open and steep. While not particularly rugged, the elevation did require a pause or two for the older members of our group to catch a breath.

The forest was pleasant and typical for New Eng­land, with maples and oaks, birch and pine scattered throughout. Upon reaching the summit, several buildings including well-constructed and clean composting toilet facilities, a mountain gift shop, and a weather station next to the 1939 fire tower, provide interest.

There are also several in­terpretive panels sharing the history and geology of the mountain. Pack Monadnock has a rich history of recreation, including use as a popular picnic spot, ski and sledding site, and the location for several hotels in the late 1890s, though any evidence of that is long gone.

After enjoying our lunch at one of the picnic tables and taking in the view, we hiked back down via the yellow blazed Wapack Trail. The Wapack actually extends 21 miles from Mt. Watatic in Ashburn­ham, MA to North Pack Monadnock in Greenfield, New Hampshire, but we were just following it down the 1.4 miles to the base. This trail is much more rugged. If you are not steady, I might suggest taking the Marion Davis back down.

Large tumbles of granite made traversing the de­scent a bit more time consuming, and we did step aside as hikers worked their way up the mountain. However, it was do­able and satisfying to ac­complish and put yet an­other monadnock under our belt.

These are terrific family hikes and a great way to enjoy nature in a socially distanced way. We hope to try North Pack Monad­nock next!