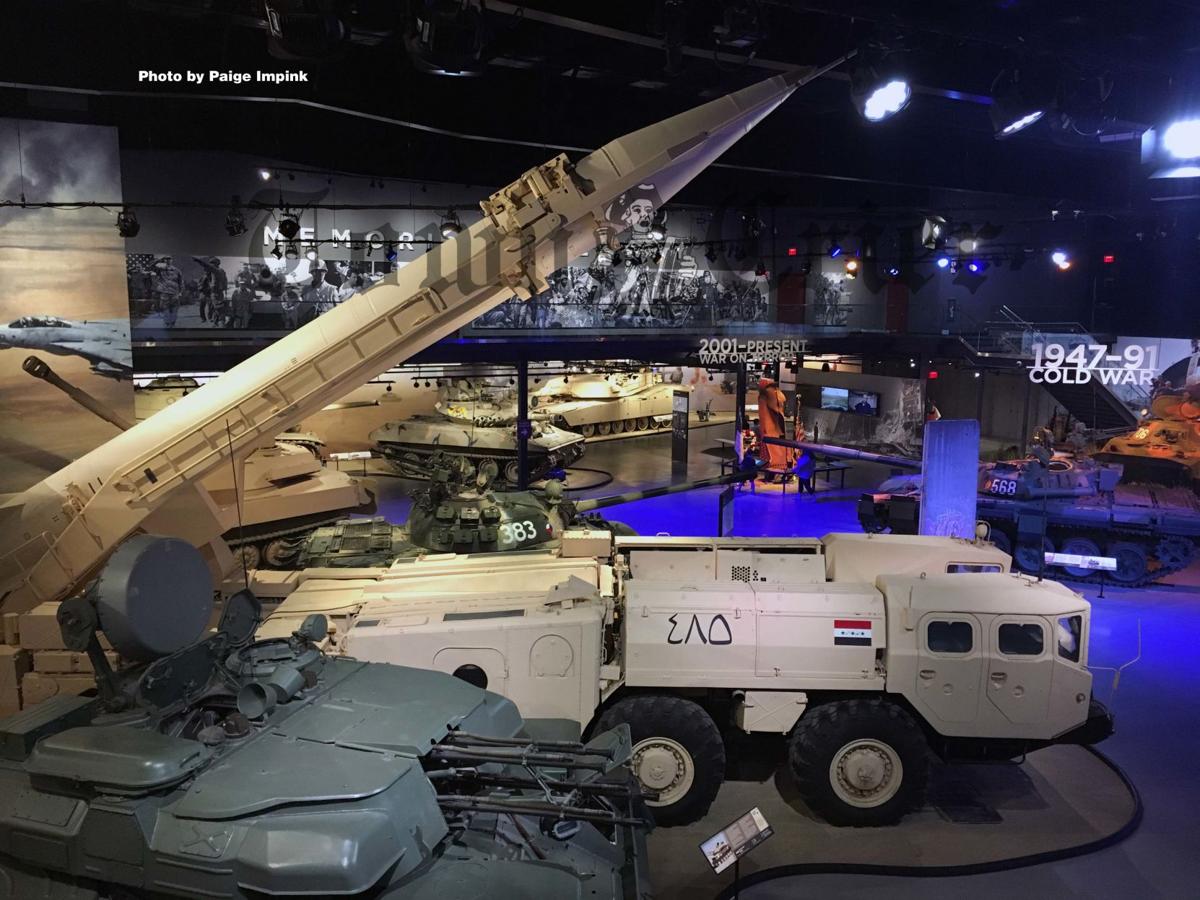 The R17 Elbrus, or Scud B Russian made missile launcher has been used since 1962 by 32 countries. (Paige Impink photo) 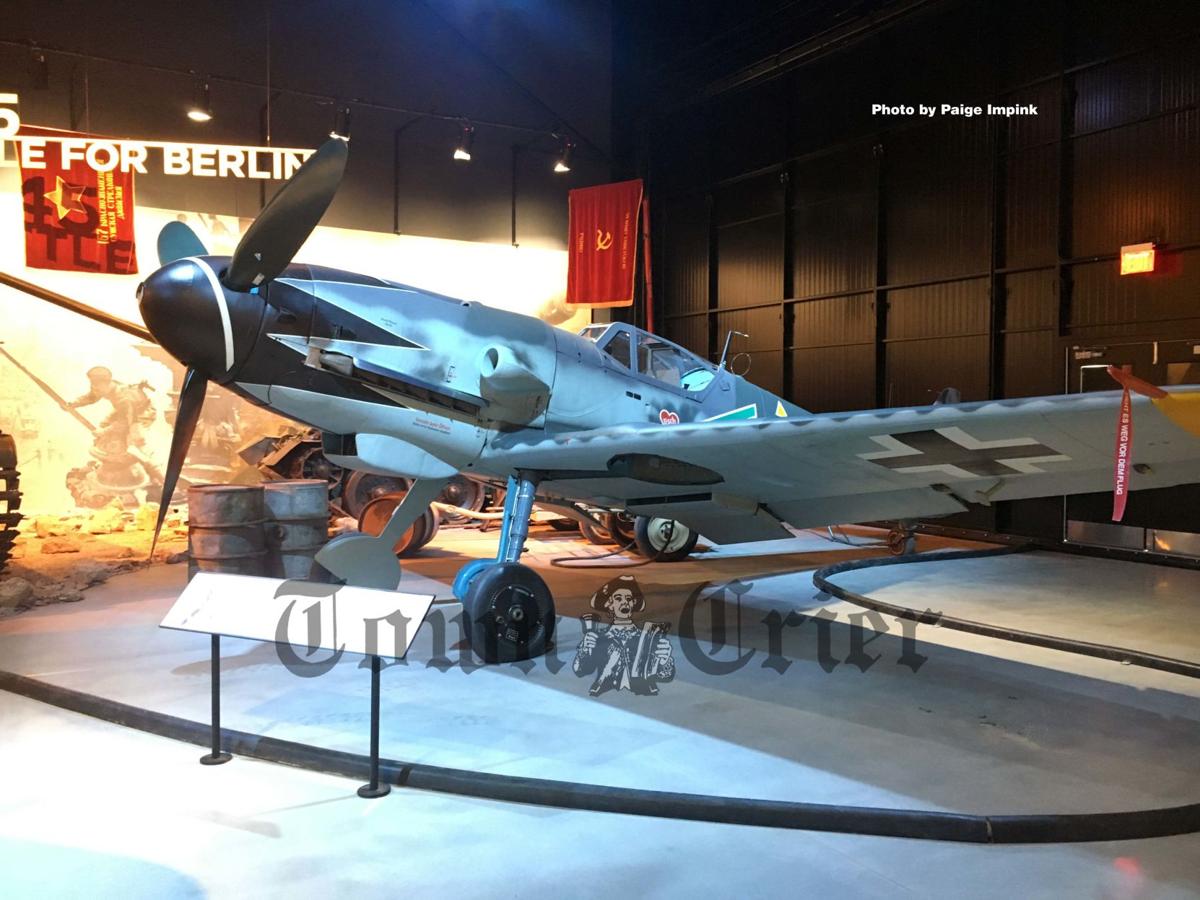 The German Messerschmitt was the deadliest aircraft of WWII. This aircraft was captured in Austria. (Paige Impink photo) 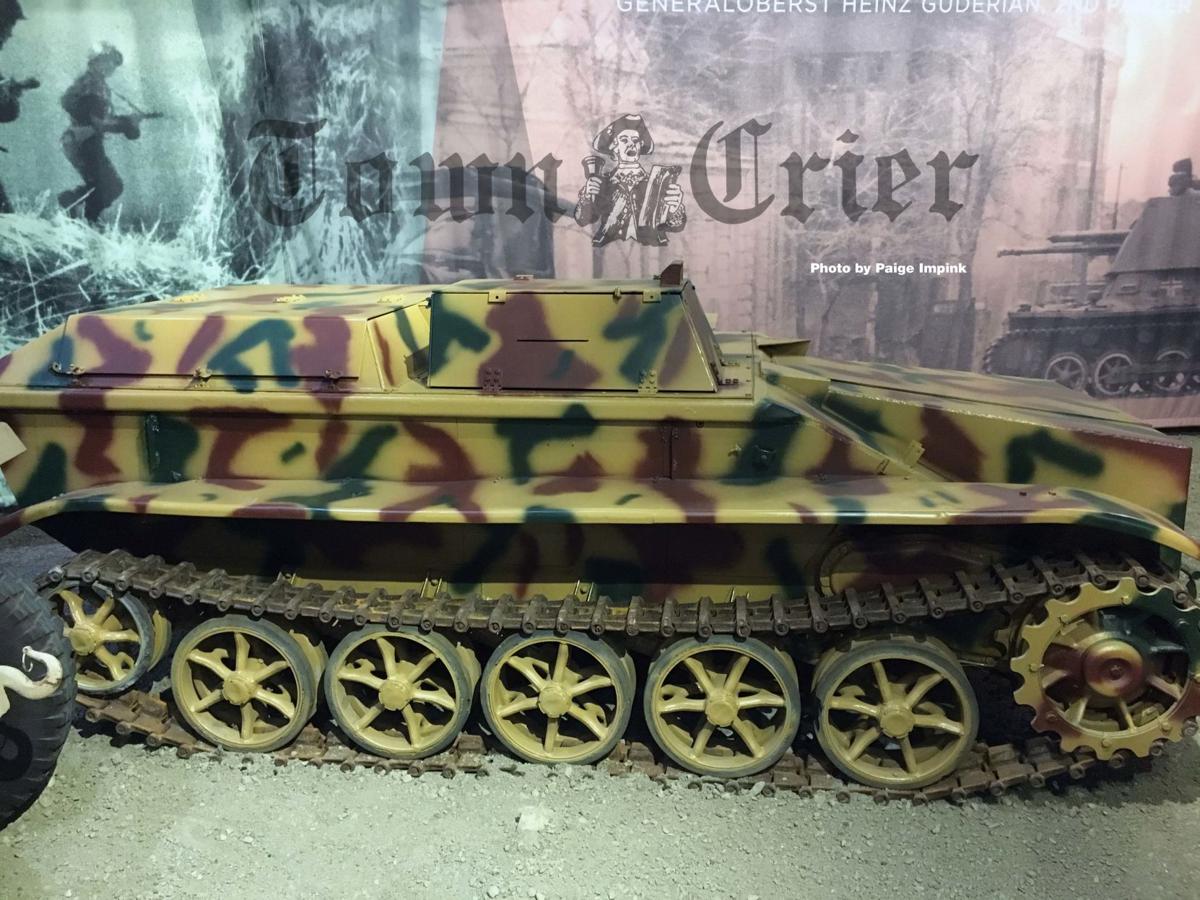 The Borgward iV Ausf. B was able to set demolition charges by remote control - the first extensive use of a wireless combat vehicle. (Paige Impink photo)

The R17 Elbrus, or Scud B Russian made missile launcher has been used since 1962 by 32 countries. (Paige Impink photo)

The German Messerschmitt was the deadliest aircraft of WWII. This aircraft was captured in Austria. (Paige Impink photo)

The Borgward iV Ausf. B was able to set demolition charges by remote control - the first extensive use of a wireless combat vehicle. (Paige Impink photo)

The might and muscle of the American armed forces is on display in a stunning new museum in Stow, Mas­sa­chusetts. Opened in April, the American Heritage Mu­seum is a breath of fresh air for the museum circuit in New England.

Housed on a 90-acre property owned by the Collings Foundation, an airplane-sized hangar has been transformed into a multimedia and hands-on journey of the vehicles used by allies and foes alike over the modern era of war.

Through the acquisition of the Jacques Littlefield Col­lection, Robert and Caroline Collings have been able to transform their love of vintage military aircraft into a tribute to engineering and ingenuity, all while honoring the men and women of the armed services who used and interacted with tanks, trucks, and airplanes to fight for their respective causes.

The quality and expansiveness of the collection is un­expected. One would see this level of interpretation and size at the Smithsonian, for example, in Washington, D.C, but in Stow? The Collings, both pilots, have put on a World War II reenactment for several years on the property, and have long planned for a showcase of the collection. The museum used to be open by appointment only, but now, with the completion of facilities, the collection is available Friday-Sunday, 10 a.m. - 5 p.m. Veterans are admitted at a discount.

The experience starts with an overview of war in colonial times and progresses through WWI, WWII, Korea, Vietnam, Afghanistan and the War on Terror. Visitors next move to another room where they are in a trench, surrounded by artillery fire and the pain of war.

Screens show still photos, archival film and use lights and sound to evoke the feeling of being right on the battlefield. It is a sobering immersion. From the trench, visitors move to a room where vehicles of the Nazi era are displayed. The museum does a good job of staying neutral and factual with respect to the conflicts, fo­cusing on the vehicles and their role in the wars.

There does not appear to be any overt bias of political rhetoric of any shade; these battles happened and these are the tools that supported the soldiers in theater. All of the tanks and vehicles have detailed information panels including the country of manufacture, date, significance, and other facts.

Many of the pieces are the only examples of their kind on display publicly in the United States. The vehicles have been restored with their original camouflage paint and parts salvaged from other vehicles, and then placed in dioramas which emulate the conditions of the conflict, whether snow, sand, water or tall grass.

According to the museum, “virtually all vehicles on display are in running condition.” Highlighted vehicles include the Panzer V, the Abrams American tank, MAZ launcher with SCUD missile, Churchill Crocodile flame throwing tank, and a German Messerschmitt. D-Day, the Pacific War, Korean War, North Africa, the Italian Campaign and more are represented in chronological order on the floor.

It is recommended to allow 2-3 hours to tour the exhibit. The foundation also owns and runs The Wings of Free­dom tour, fly-ins of vintage military aircraft throughout the country at which the public can go for a ride, and will open its grounds on Oct. 12 - 13 for a special WWII reenactment using vehicles and aircraft.

Check their website for more details or to buy tickets at www.americanheritagemuseum.org. You absolutely must put the American Heri­tage Museum on your list of places to visit this fall.