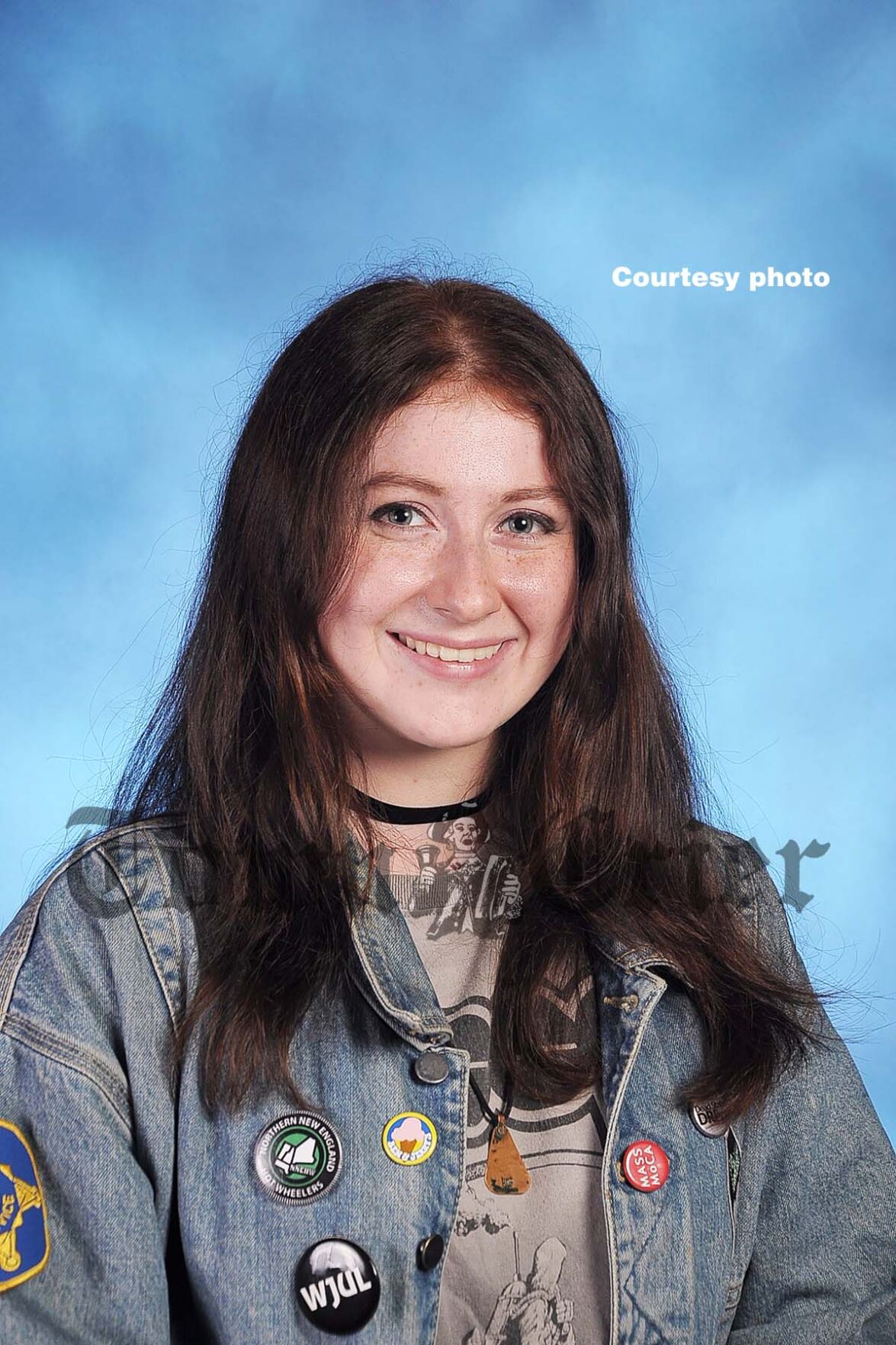 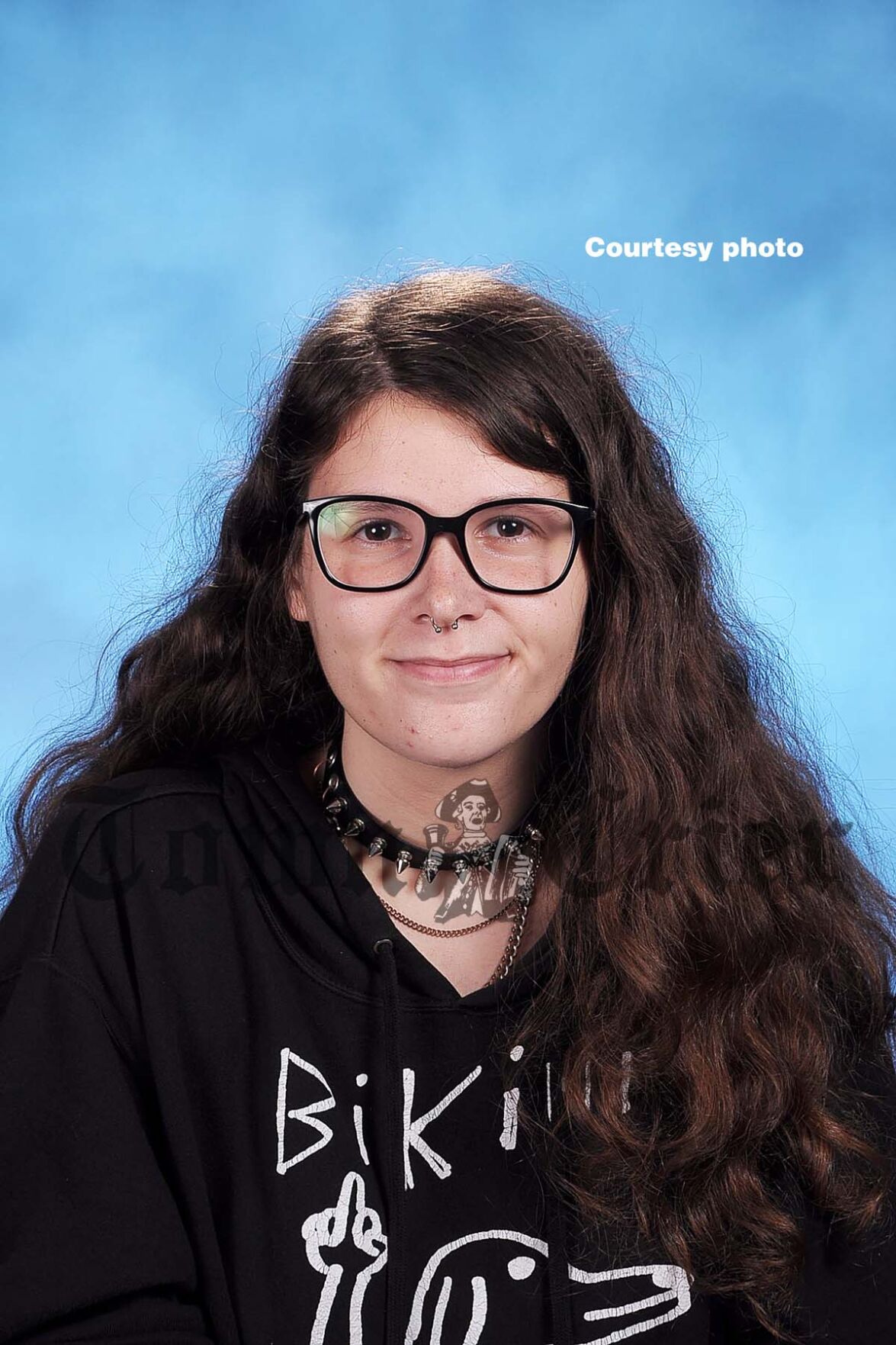 TEWKSBURY — On Thursday, Dec. 16, 2021, the Tewksbury Rotary Club honored members of the Tewksbury Memo­rial High School Class of 2022, Ada Nicodemus and Sophia Madera, for re­ceiving the December 2021 Hat’s Off Award.

The Hat’s Off Award is a joint initiative of the Tewksbury Rotary Club and the Tewksbury Memo­rial High School to recognize those students who have distinguished themselves both academically and civically in the community.

Ada Nicodemus, daughter of Moira Gray and Dave Nicodemus, was nominated by TMHS faculty member Donna Bou­dreau-Hill for her exemplary show of respect for herself, others, and her community. Her friendly, outspoken (but always polite) demeanor mixed with effort and hard work make her an ideal student and role model.

Academically, Nicode­mus has successfully challenged herself by ta­king three AP (Advanced Placement) courses, scor­ing a 4 on both the AP U.S. History test and the AP Language and Com­po­sition test. She also holds a frequent position on the Principal’s List as an honor student, and scored an impressive 1300 on her SAT College Board exam.

Athletics are also an important part of Nico­demus' life at TMHS, as she is a member of the TMHS swim team and captain of the TMHS girls tennis team.

Nicodemus is able to exercise her leadership qualities in her position as Vice President of GSA (Gender Sexuality Alli­ance) and Vice President of the Junior Classical League. She is also an active member of the Peer Mentor program.

Community service is also a priority for Nico­demus, as she has volunteered at both the Fall Festival and the Tewks­bury Tree Lighting ceremony, and participates in the Town Trash Clean Up program.

Somehow, Nicodemus finds the time to also hold a part time job as a barista at Starbucks.

Sophia Madera, daughter of Debra and Edwin Madera, was nominated by TMHS faculty member Donna Boudreau-Hill for her dedication and hard work that has help­ed her become a top student at TMHS.

Education highlights for Madera include holding a GPA of 4.10 and scoring an impressive 1240 on the SAT College Board exam.

TMHS World Language Teacher, Bethany Beau­chesne also holds Ma­dera in high regard, noting that Madera’s thirst for knowledge about the world that surrounds her, mixed with her incredible empathy towards others, help to create a welcoming atmosphere of acceptance for her fellow students at TMHS.

Madera exemplifies her leadership qualities in her position as Co-Presi­dent of GSA (Gender-Sexuality Alliance).

Outside of her school community and classroom, Madera works as a hostess at the Cracker Barrel restaurant.

After graduation, Ma­dera plans to go to college, and is considering majoring in either His­tory or English.

Nicodemus also plans to go to college to study Psychology and Pre-Law, and intends on furthering her education by ob­taining either a Master’s Degree in Psychology or attending Law School.

Despite the long road of schoolwork ahead for these two ambitious Hat’s Off Award recipients, they are definitely headed in the right direction for a promising fu­ture.