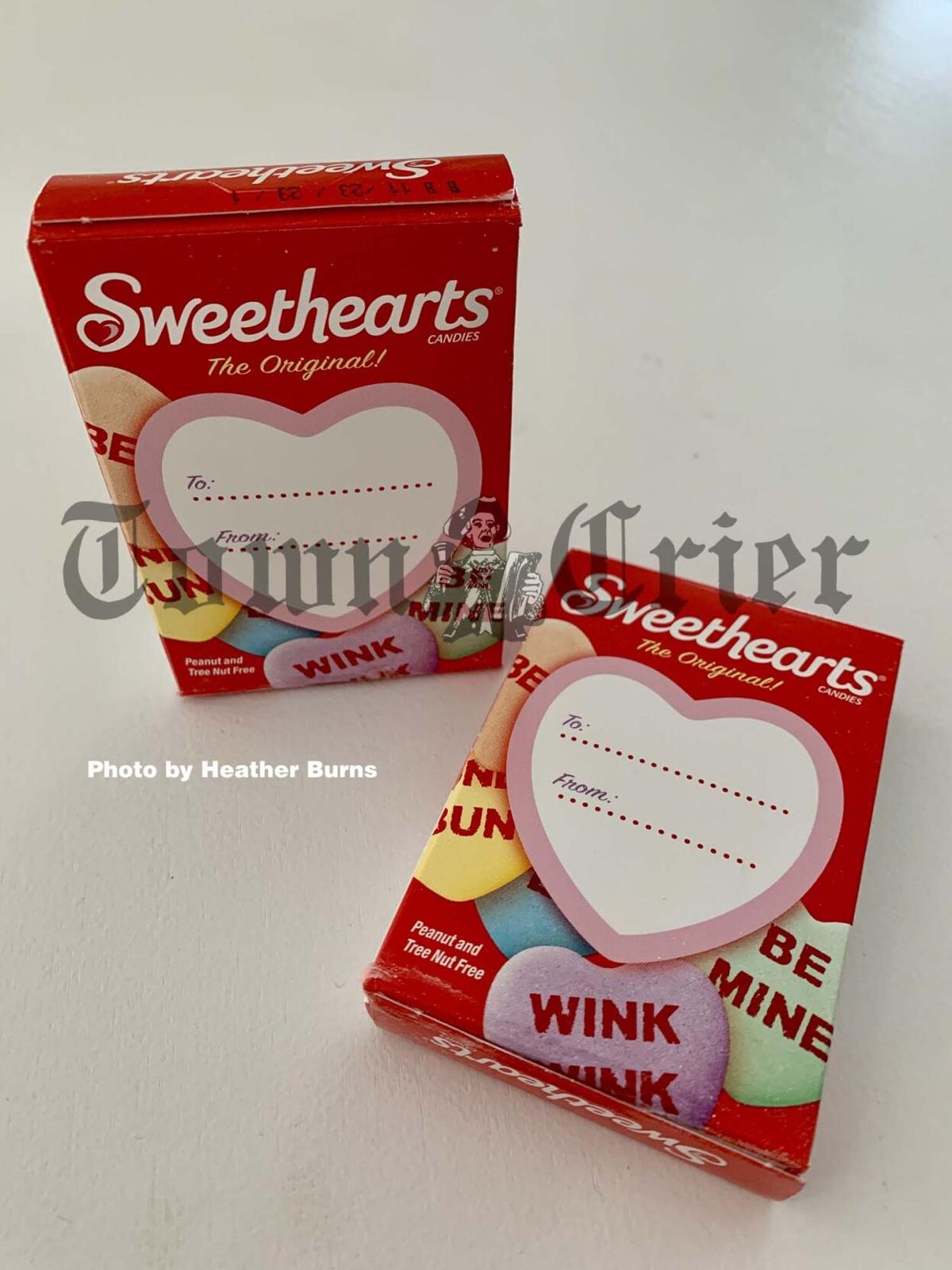 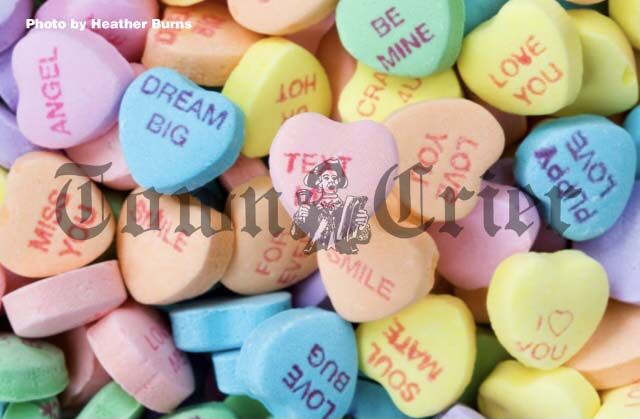 There are many ways to express your feelings to your Valentine, with flowers, cards, or can­dlelit dinners. But perhaps the most iconic way to say “Love Ya” and “Be Mine” is the conversation heart candy.

New England is the birthplace of this favorite Valentine confection, created by Boston pharmacist Oliver Chase.

Chase invented a ma­chine to mass produce apothecary lozenges in 1847. The lozenge business was gaining popularity at this time as a remedy for sore throats and other ailments, but lozenges were very time consuming to make by hand.

With his invention, Chase was able to simplify the process with a lozenge cutting machine, and he eventually turned his focus to creating candy wafers with his invention.

He founded Chase and Company Candy, which la­ter became New Eng­land Confectionery Company (a.k.a Necco) and created what is known today as the Necco Wafer.

In 1866, Daniel Chase, Oliver’s brother, created a way to press words into the candies and color them with vegetable dye.

Originally known as “Mot­­to Lozenges,” the first productions were round like the Necco Wafer, but soon they produced different shapes like clovers, baseballs, shells and hearts.

With the rise in popularity of Valentine’s cards, the heart version of the candy became wildly popular at Valentine’s Day, and in 1902 the Sweethearts brand of conversation hearts was created by Necco.

There have been hundreds of sayings imprinted on conversation hearts over the years, changing with the times of each new generation.

Originally the candies were produced in a larger size and had longer messages like “Married In White You Have Chosen Right,” but as the candy size changed so did the messages.

Today, staple messages like “Hug Me” and “Be Mine” are mixed in with more fashionable slang phrases that reflect the time.

Phrases like “Groovy,” “Fax Me,” “Dig Me,” and “Cool Dude” all had their time as conversation heart sayings, but have now been retired to make room for more current sayings.

Sweetheart conversation hearts have always had something new to say until 2018, when due to financial problems, the Necco Can­dy company abruptly closed.

Almost immediately Sweet­heart candy was acquired by Spangler Candy, an Ohio based company in business since 1906. This company is also the producer of favor­ite sweets like Dum Dums, Circus Peanuts, Canada Mints, Bit O Honey, and now, Necco Wafers.

The change of production took place too late in 2018 for Spangler to set up production for the 2019 Val­entine season, so no Sweet­hearts were produced that year.

Luckily, Sweetheart candies did not stay silent for long as they resumed production in 2020, and have unveiled 21 new sayings for 2021.

Inspired by the greatest love songs of all time, Sweethearts latest phrases include “At Last,” “Sugar Sugar,” “Luv Me Tendr,” and “I Got U Babe.”

Everyone may be taken with the cute and quirky sayings of the beloved conversation hearts, and their pastel rainbow of colors are also quite pleasing. How­ever, not the same consensus can be made for the taste of conversation hearts.

Often thought of as the candy corn of Valentine's Day candy, some people love them, while others de­spise them, and contrary to popular belief, they are not made from chalkboard chalk!

Conversation hearts are a mixture of sugar, corn syrup, corn starch, flavors, gums, and colors. Flavors include orange, lemon, blue raspberry, grape, cher­ry, wintergreen and banana. Although other candy companies have copy versions of the Sweetheart brand conversation heart candy, true fans know the difference as the wintergreen and bana­na flavors are exclusive to the Sweet­heart brand.

For die hard conversation candy lovers, no need to worry. Even though this iconic New England candy is no longer made here in New England, everything else about it remains the same.

Spangler Candy has kept the same recipe and Sweet­hearts are still packaged in the traditional single-serve box, complete with “To” and “From” labeling for ease in gift giving, and they are economical enough to give to all of your favorite sweethearts.

Unlike other items during the pandemic, conversation hearts are readily available at your local drug store, big box store and supermarket.