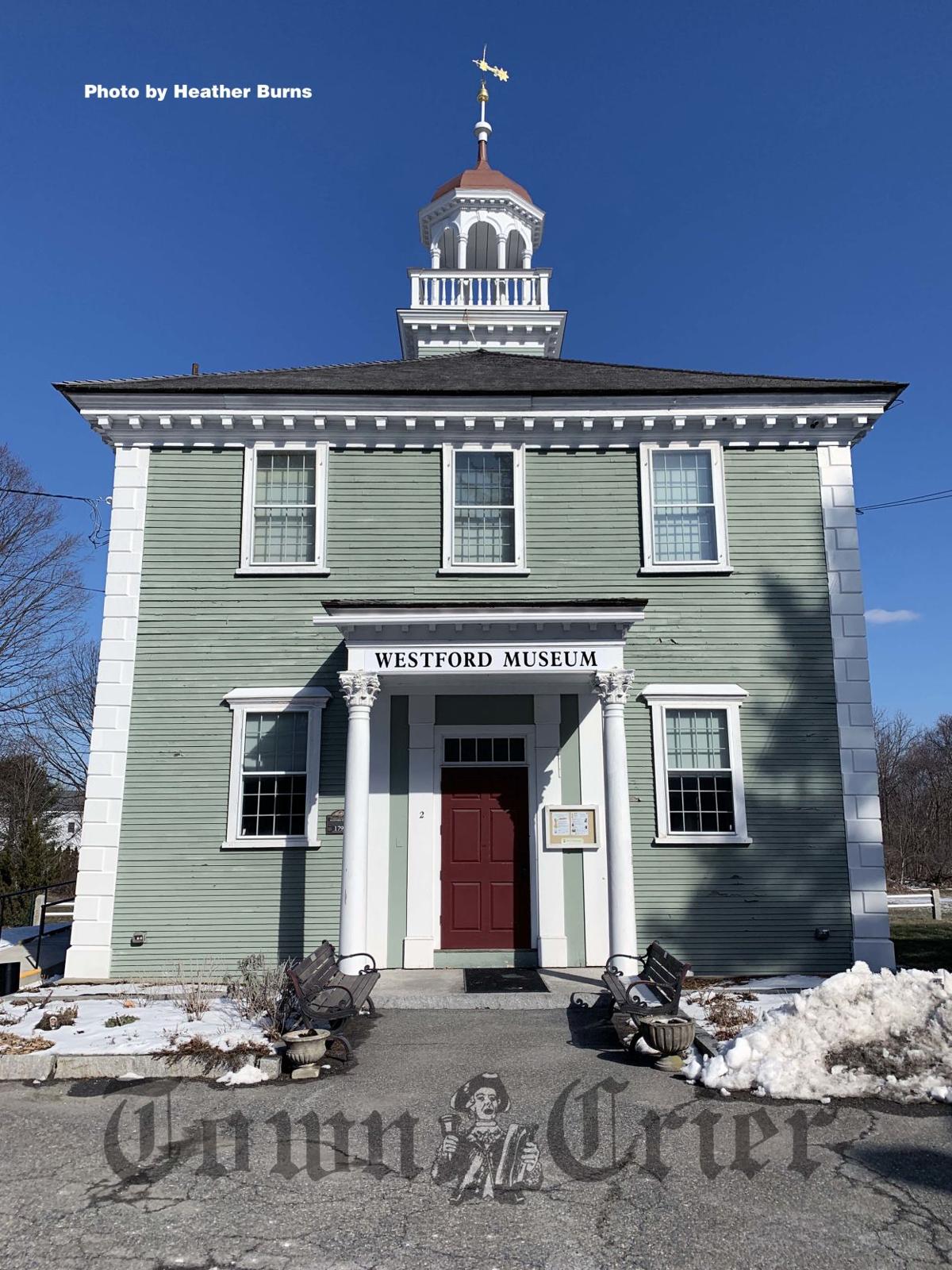 The Westford Historical Society and Museum. This building was originally the home of the Westford Academy, built in 1794. (Heather Burns photo) 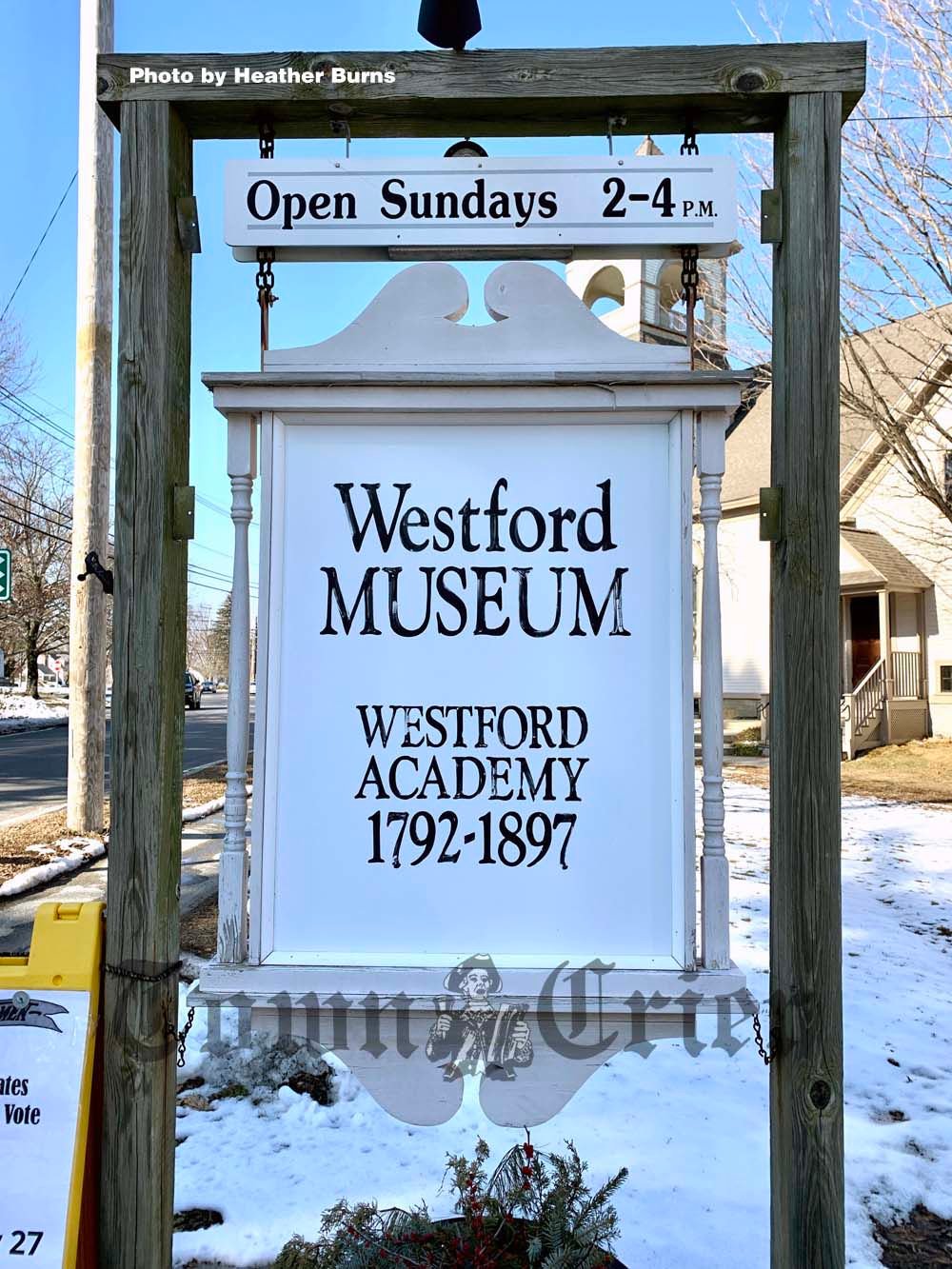 The Westford Historical Society and Museum. This building was originally the home of the Westford Academy, built in 1794. (Heather Burns photo)

Just a few minutes drive down route 495, you can travel hundreds of years back in time at the West­ford Historical Society and Museum, located at 2 Bos­ton Road in Westford.

The Town of Westford of­fers a unique mixture of ol­den day, rural life and modern day living, which is celebrated at the West­ford Museum.

The Museum is housed in the circa 1794 building that was originally the home of Westford Academy.

The Westford Academy was founded in 1792, and originally stood opposite the west end of the Westford Common, but was moved to the Boston Road location in 1916. After extensive renovations in 1975 by students of the Nashoba Technical High School, the building was dedicated as the West­ford Museum in 1976.

The long tradition of academic excellence is celebrated at the museum with the Westford Academy Ex­hibit, which is one of the museum's permanent exhi­bits. Many of the antique classroom artifacts look right at home displayed in the museum since the buil­ding is their original home. This allows the public to get a true image of what life was like at this school hundreds of years ago.

The Graniteville Exhibit highlights the long history Westford shares in the Quar­ry industry.

The Westford Knight ex­hibit tells the tale of a crew of explorers that discovered America in 1398, 100 years before famed Chris­topher Columbus.

As the legend states, this crew explored regions of Nova Scotia and New Eng­land in the late 14th century. A stone remains of what is believed to be the grave of one of the fallen members of the explora­tion crew and it keeps this legend alive and well in Westord’s history.

Notable items from the Revolutionary War that per­tain to Westford can be found in the American Rev­olution exhibit.

The Westford Museum al­so celebrates the importance of the small town doctor in history with the Westford Doctors Exhibit. Follow the practice of Dr. Benjamin Osgood who prac­ticed medicine in West­ford from 1812 until his death in 1863.

The museum also features rotating, temporary exhi­bits and changing on­line exhibits to ensure there is always something new to view from Westford’s history.

In keeping with the political climate we are immer­sed in with the upcoming 2020 presidential election, the Westford Historical So­ciety and Museum is celebrating the Women’s Right to Vote with several up­coming events at the museum.

The Historical Society, in partnership with the League of Women Voters of West­ford and the Westford Cul­tural Council, have created a series of events that will explore the legacy of the 19th Amendment.

On March 6 at 7 p.m., en­joy a living history perfor­mance by Gwendolyn Que­zaire-Presutti as she brings to life Harriet Tubman in “ I Can’t Die But Once.” Hear in Tubman’s own words how she impacted the wo­men’s suffrage rights.

Enjoy the performance of “I Now Pronounce You Lu­cy Stone” by Judith Kala­ora on March 19 at 7 p.m. Learn how Lucy Stone, the first woman from Massa­chusetts to earn a college degree and the first woman in the nation to refuse to take her husband’s name, supported the equality of women and men. Hear her account of the struggle of women in the Boston area during the difficult time of women’s suffrage in America.

A one act play titled “I Want to Go to Jail” will be performed at 7 p.m. on May 22 at the Parish Cen­ter for Art, located at 10 Lincoln St. in Westford. This play will transport you back in time to 1919 quest for a final vote to pass the suffrage amendment.

Discover more about your own female ancestors on June 11 at 7 p.m. at the Westford Museum. Bob Oliphant and Patti Mason will share genealogical resources that are available to help you find your own family's part in the suffrage movement.

The Westford Museum is open Sundays from 2 to 4 p.m. or by appointment.

The museum office is open Monday, Wednesday, and Friday from 9 a.m. until 1 p.m.

To find out more about the Women’s Right to Vote events, or to see a list of current temporary and on­line exhibits, visit www.museum.westford.org