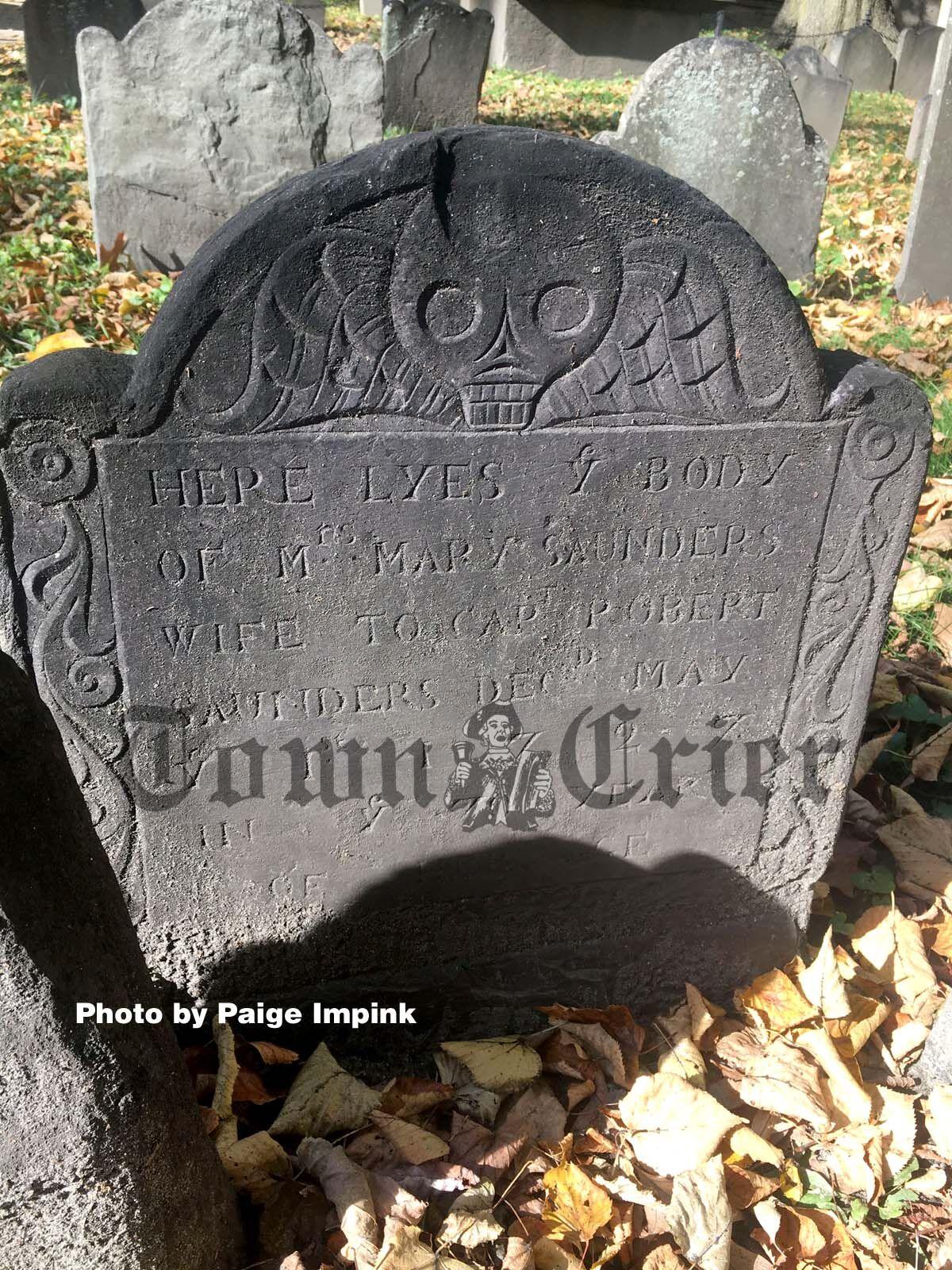 A gravestone at the Granary Burial Ground in Boston displays the skull and wings motif, signifying a soul flying to heaven after death. Several clues on our scavenger hunt were located here.(Paige Impink photo) 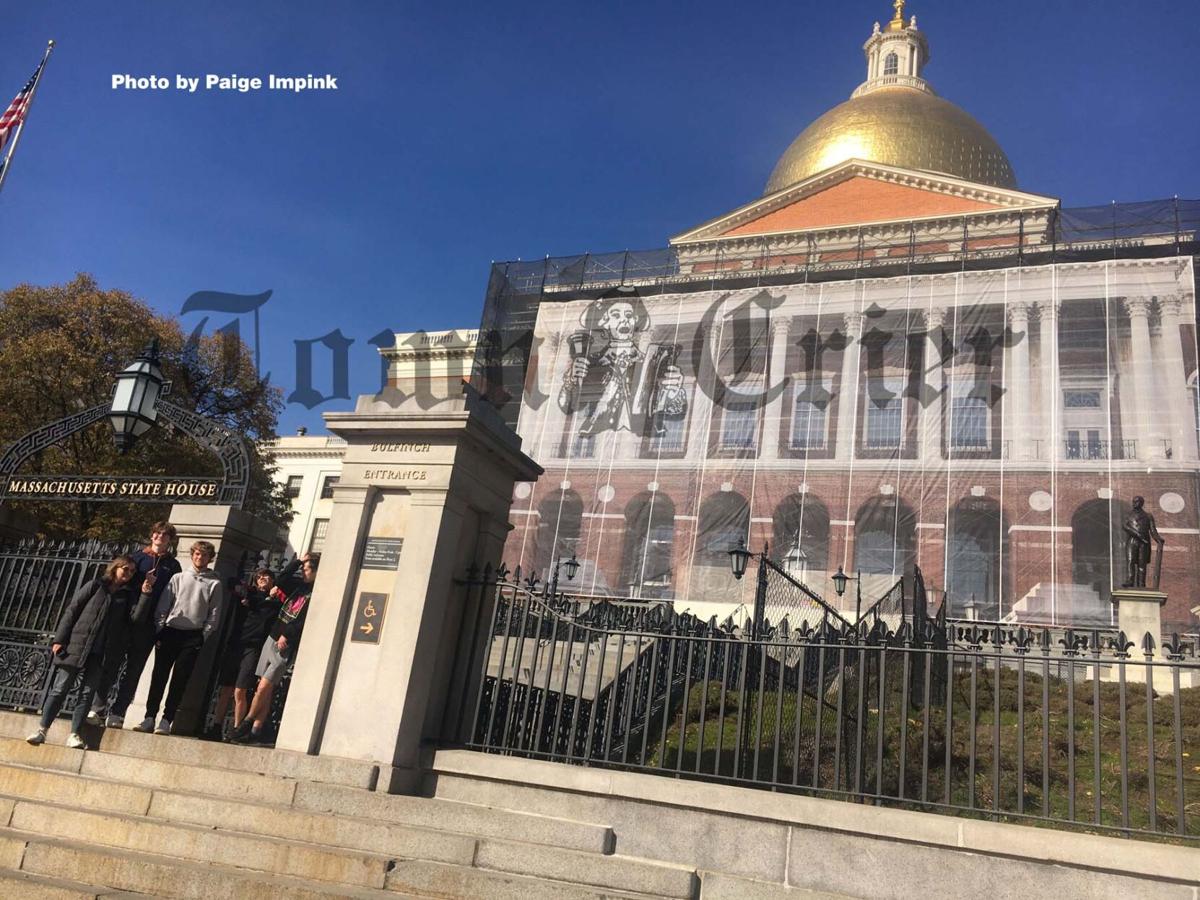 The Massachusetts State House was one stop on the digital scavenger hunt which went all around the Boston Common and challenged us to look for details we might have otherwise missed.  (Paige Impink photo)

A gravestone at the Granary Burial Ground in Boston displays the skull and wings motif, signifying a soul flying to heaven after death. Several clues on our scavenger hunt were located here.(Paige Impink photo)

The Massachusetts State House was one stop on the digital scavenger hunt which went all around the Boston Common and challenged us to look for details we might have otherwise missed.  (Paige Impink photo)

There’s a new way to explore cities in a fun and in­formative way: digital scavenger hunts. Modeled after in­door es­cape rooms, some applications are challenge-based, some history-based, but all offer a new way to see cities and learn tidbits that might otherwise go unnoticed.

On a recent fall day, we set out with another family and followed an app which would lead us around downtown Boston. Once registered online, we download­ed the hunt onto our phones. The challenge we chose was centered around the Boston Com­mon/State House/Fan­euil Hall area, but there are many options including tours of Cambridge, Back Bay, and Fenway.

The app let us choose our level of difficulty, which is helpful if members of your team are younger. Before committing to the program, we had researched several different options; some programs simulate escape rooms, with tricky puzzles required to be solved be­fore moving on to the next destination, and others are more of a guided tour.

The apps are geared for families, date nights, bachelorette parties, team building, or even pub crawling. The program we chose was a little less in­tense and was heavy on early Boston history. That said, the element of hunting for clues was ingenious in that it forced us to navigate each area in more de­tail than we might otherwise have done on a regular downtown stroll.

For example, after parking in the Boston Common garage, we worked our way to the Granary Bury­ing Ground. The app ask­ed us to find several gravesites of historic Bos­tonians, in­cluding Paul Revere and Samuel Ad­ams. The simple act of having to pay attention to the stones more intently revealed the “wing­ed skull” or death’s head motif on numerous headstones.

This 17th century cemetery in the heart of the city is packed with over 2,000 graves, and is fascinating, busy, but beautiful all at the same time.

From the granary, we walked to find historic buildings of note, including the athenaeum, Bos­ton’s oldest library, and the original State House, which is not far from Fan­euil Hall.

At each location we had to answer questions or take a photo of one of our team members in a funny pose. In some applications, finding photo clues is also part of the challenge. Overall, our tour took a little over an hour, and covered a reasonable 1.5 miles.

The self-paced nature of the hunt was really welcomed with our pack of teenage boys, who surprisingly were quite en­gaged. Boston is a very walkable city, and using an app to find plaques or architectural features that might otherwise go unnoticed was pretty compel­ling.

Having grown up visiting the city, there is clearly still more to be learned about Boston. There are myriad dark green plaques, or waymarks, on buildings in the city, placed by the Boston Historic Com­mis­sion, which detail features of buildings, historic happenings, or facts about the location. On a regular day we might have walked right by these signs.

Friends had also used a similar app when hosting out of town visitors. Again, this type of digital engagement with the city really proved to be a way to “get into” the city and get a tour without realizing it.

The digital hunts really turn the city into an outdoor museum, and we would definitely consider this experience as a way to explore other cities. Wea­ther is a factor, and we were so fortunate to have a clear, fall day to roam.

The app did allow a de­lay to take the tour at an­other time if necessary, so this is a feature we’d recommend looking for. Fur­ther, we ended up following on just one phone, so based on your party, and the competitive nature of the group, you could po­ten­tially get away with using just one player vs. buying a ticket for all.

Local companies we saw were Let’s Roam, Crazy Dash, Watson Adventures, Goosechase, and Trapolo­gyBoston.com, though we also found one on Booking.com and a neat, free ad­venture from Bos­ton Uni­versity called edventurebuilder.com.

We used Let’s Roam but others have had great times with other companies. Give it a try!