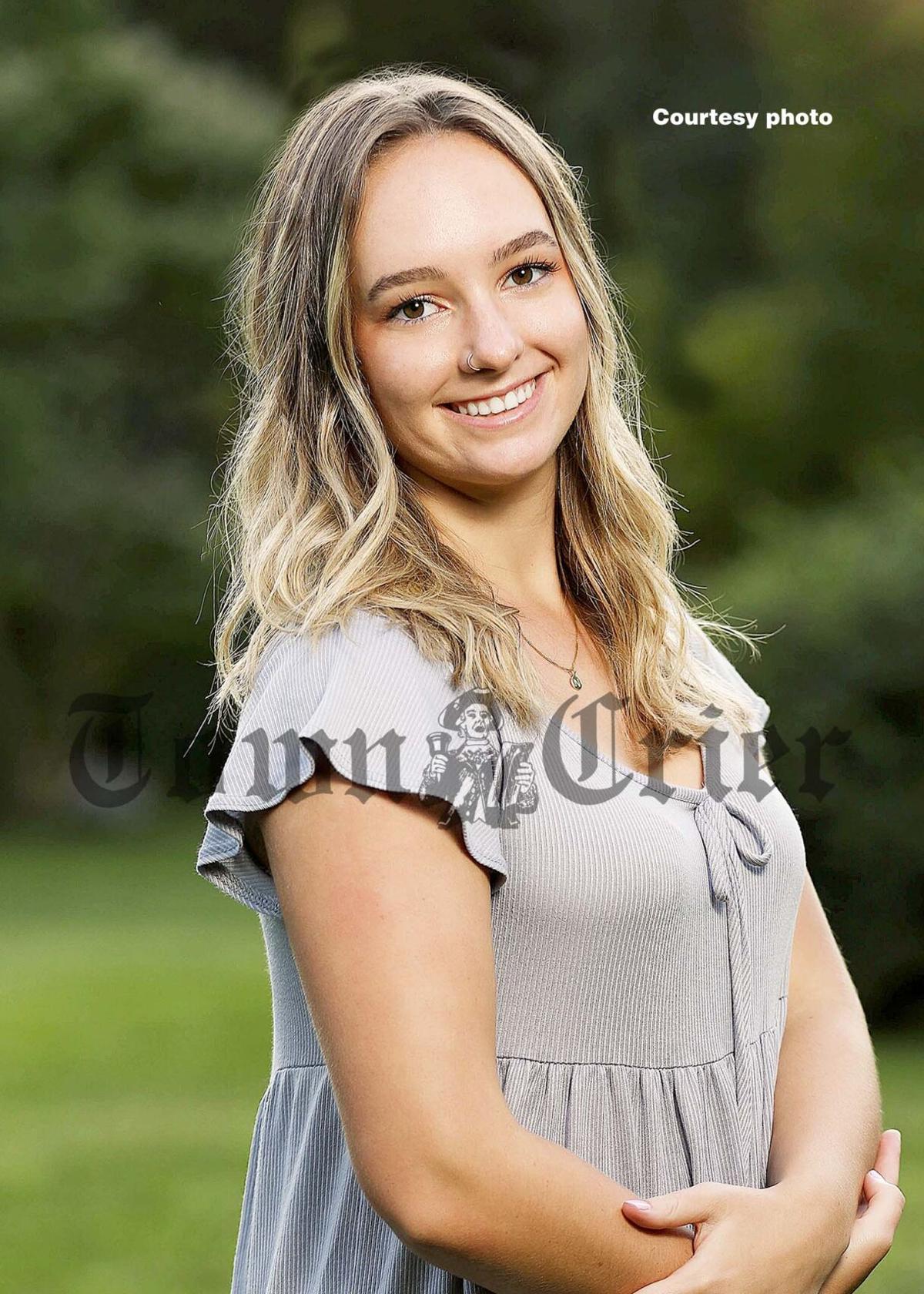 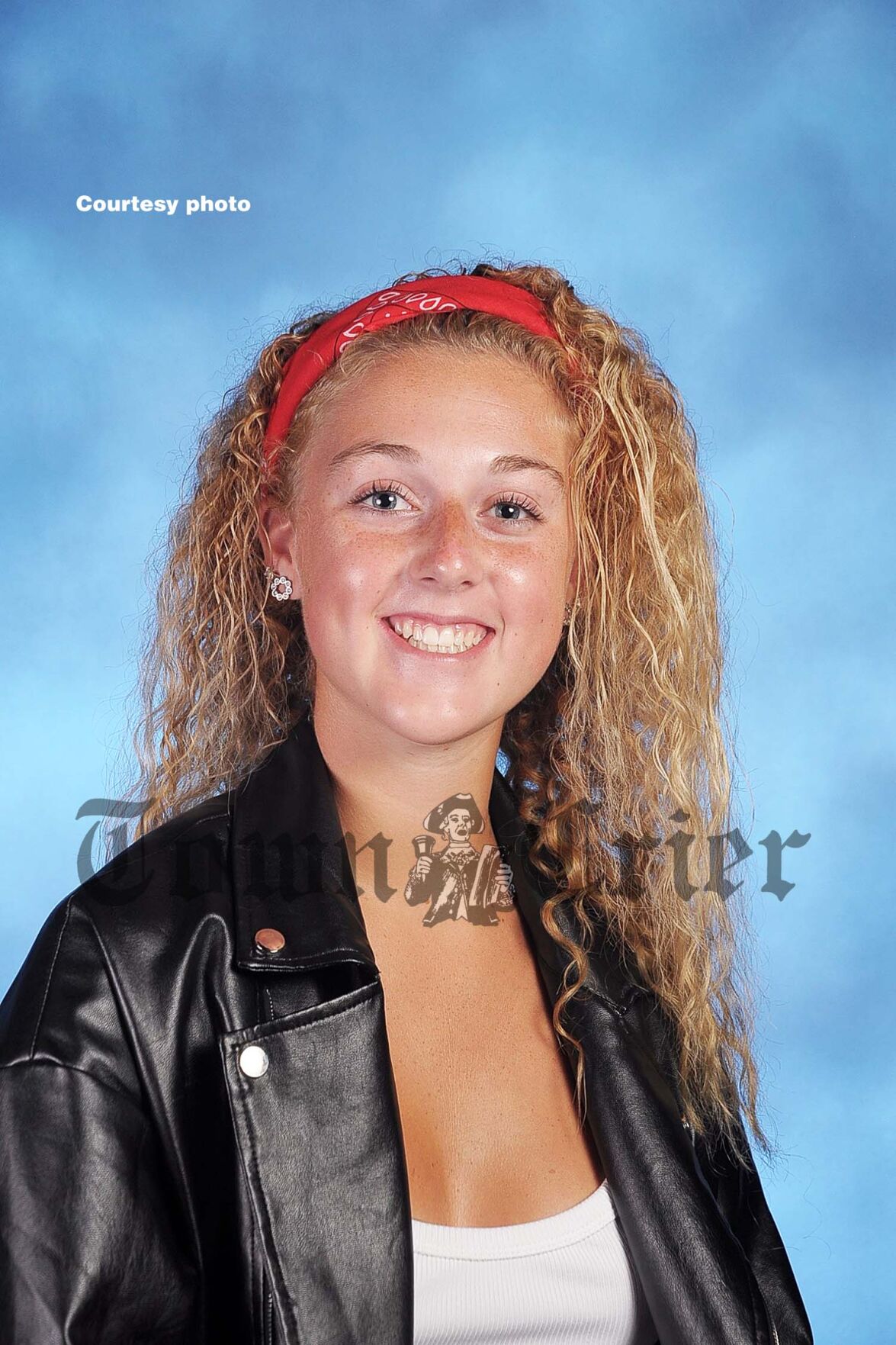 TEWKSBURY — On Thursday, Nov. 18, 2021 the Tewksbury Rotary Club honored TMHS members of the Class of 2022, Ashley Bielecki and Alexis Waterworth for receiving the November Hat’s Off Award.

The Hat’s Off Award is a joint initiative of the Tewksbury Rotary Club and the Tewksbury Memo­rial High School to recognize those students who have distinguished themselves both academically and civically in the community.

Academically speaking, Bielecki challenges herself by taking three AP (Advance Placement) courses and has earned a Gold Card for maintaining an A average in all of her classes since 2019. She is also an active member of The National Honor Society.

When Bielecki is not busy in the classroom, she is busy on the soccer field.

Playing soccer since the young age of six, Bie­lecki is a four year member of the TMHS girls soccer team, and volunteers at the TMHS Sum­mer Soc­cer Camp and the Tiny Youth Soccer League.

Bielecki enjoys being an active member of the community by helping others, which is evident in her volunteer work within the community. She volunteers at several community events such as the TMHS Applefest Fair and National Honor Society events, as well as donating her time at Academy Manor Nursing Home, St. William’s Church, and The Tewks­bury Food Pantry.

Somehow, Bielecki also finds the time to manage three part-time jobs! She has been a cashier at Market Basket for four years, is an Activity As­sistant at Academy Manor Nursing Home, and works functions at a lo­cal Chinese restaurant.

In her free time, Bie­lecki is always ready for a new adventure, enjoying strength training, hiking and traveling around the world.

Alexis Waterworth, daughter of Lisa and Brian Waterworth, was nominated by TMHS faculty member Jim Sulli­van for her outstanding leadership skills, which she executes for both her school and town communities on a regular basis.

Waterworth’s education career includes receiving the Gold Card two out of her four years at TMHS. She is also an active member of the National Honor Society and a four year member of DECA (DECA is the Distribu­tive Education Club of Am­erica which prepares emerging leaders and en­trepreneurs in the student body in marketing, fi­nance, hospitality, and man­age­ment).

Her leadership skills are put to good use in her TMHS community, as she is currently the President of DECA and Vice Presi­dent of National Honor Society.

Helping others is a big part of her TMHS leadership roles, as she volunteers at many TMHS events, in­cluding the Meghan McCar­thy Annual Fashion Show, DECA Carwash fundraiser, the Bike Rodeo, and Stu­dent Orientation for incoming freshman students.

Hardwork and leadership skills have benefited her in the working world as well. Waterworth earned a promotion from cashier at Market Basket to Assistant Manager, and has also worked as a food server at Heatherwood Retirement Living.

As for after graduation, both Bielecki and Water­worth plan on continuing their education.

Bielecki has applied to several schools, with her top choice being UMASS Low­ell, where she can study towards a career in nursing.

Waterworth plans on go­ing to college with a double major in Business and Po­litical Science, with hopes for a pre-law tract to further her education in the future.

Both of these deserving Hat’s Off Award recipients seem to have the drive and determination that will take them far down the road of success in their future endeavors.