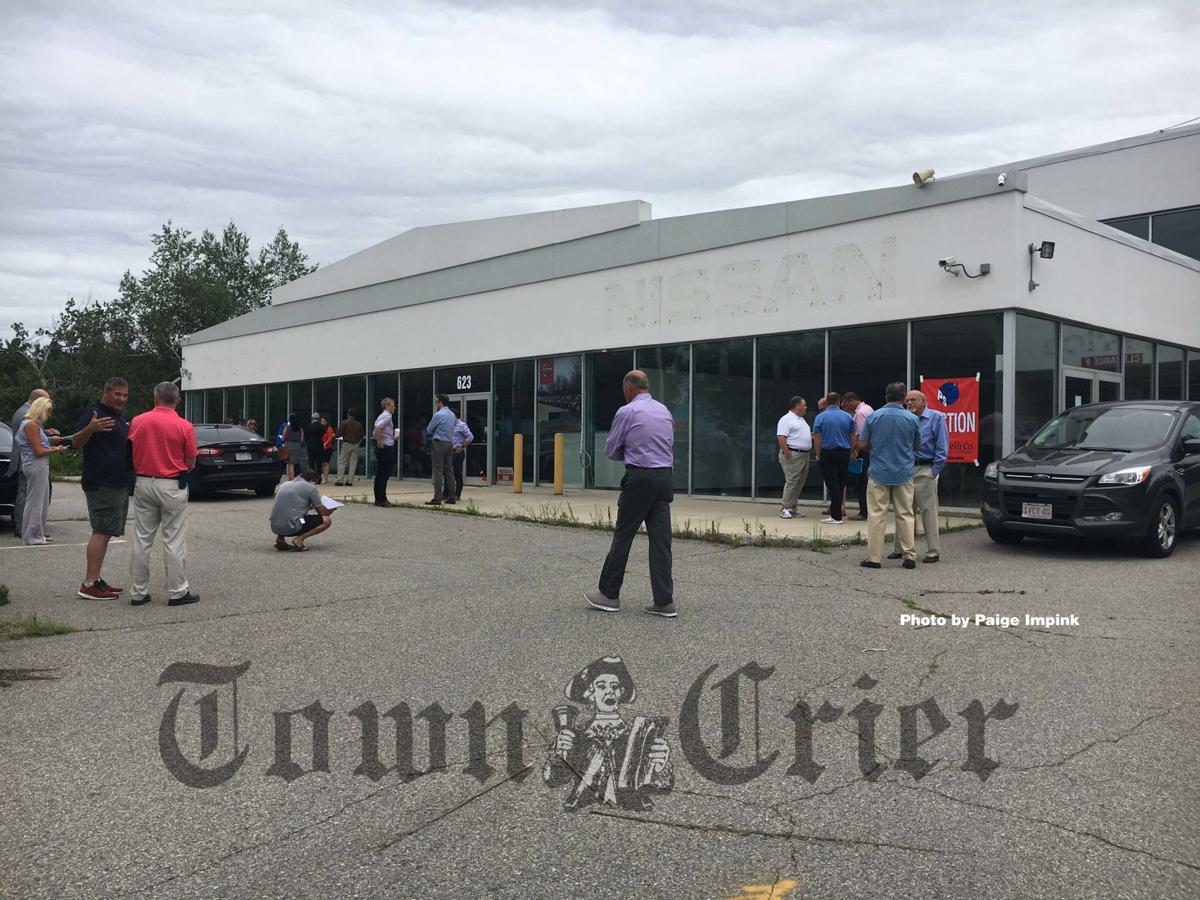 Interested parties survey the property at 623 Main St. prior to the public auction. The former AutoFair Nissan has been vacant since 2016. (Paige Impink photo) 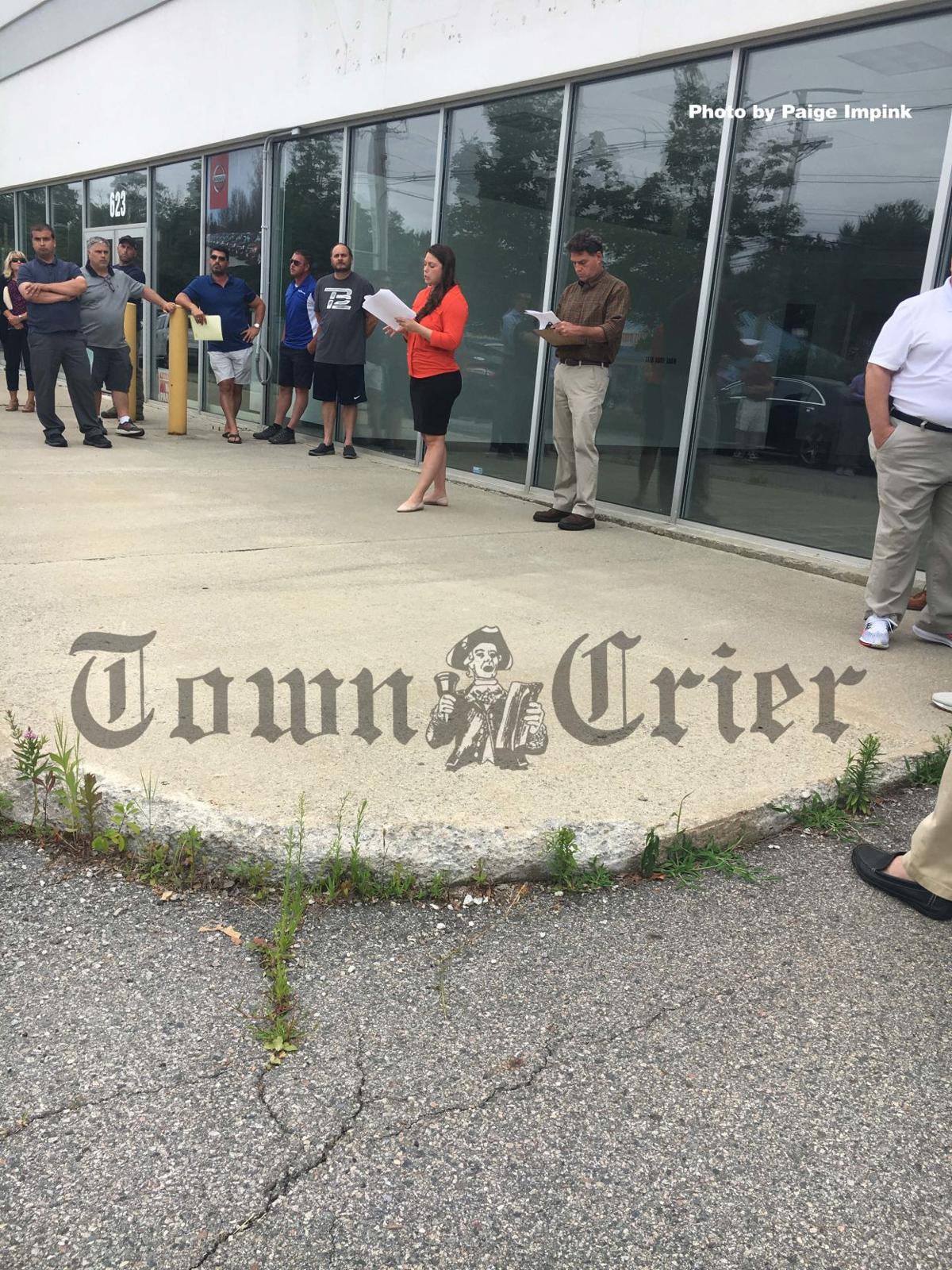 Interested parties survey the property at 623 Main St. prior to the public auction. The former AutoFair Nissan has been vacant since 2016. (Paige Impink photo)

TEWKSBURY — A public auction was held on Thursday, July 18 at 1 p.m. for the old AutoFair Nissan dealership on Route 38 in Tewksbury. AutoFair Auto­motive Group of Man­chester, New Hampshire had purchased the former IRA Nissan dealership in 2012 and updated and ex­panded it.

Then in 2016, citing the need for more space, the operation moved to the former Sears Hardware and Party City location at Drum Hill in Chelmsford. The property at 623 and 635 Main St. has been vacant since and had fallen into foreclosure.

It was noted in the property details that the location is in a marijuana overlay zone established by the town. This is for the specific purpose of medical marijuana only. According to town administration, no par­ty has shown interest in pursuing that use for the property.

The property is listed as held by Timothy B. Ler­chenfeldt, Trustee of the Timari Realty Trust of Der­ry, New Hampshire since 2001.

The auction, conducted by Paul E. Saperstein Co. auctioneers, was attended by approximately 12 interested parties, some of which were observers and some bidders. While Sam­an­tha Saperstein, representing the auctioneer, could not disclose which parties were qualified bidders nor their identities, it was clear there was interest in the location.

In order to participate as a qualified bidder, a depo­sit of $100,000 by certified or bank check was re­quired at the time and place of the sale, with the balance due in 30 days. Representatives from the Town of Tewks­bury were also in attendance as $114,028.31 was owed in back taxes. This money will be paid to the town by the purchaser. Attorney Pat Kennedy was present, representing the mortgagee but offered no comment.

The bidding opened once the terms of the auction were read by Saperstein. The bidding started at $2 million dollars. With no bids at $2 million, Saper­stein stated the figure of $1,750,000, at which time a bidder spoke. No counter bids were offered, and there was murmuring in the crowd. The auction end­ed quickly and Robert Hanifen, an attorney with Nissan North America was the winning bidder.

When asked about plans for the property, Hanifen directed inquiries to Nissan’s corporate communications of­fice in Tennessee. A written statement by Darla Turner, Corporate Communications Manager from Franklin, Ten­nessee was sent to the Town Crier.

“Nissan is committed to our customers in Massachu­setts and the Northeast re­gion. This is an important market for our business. However, we cannot comment on specific business dealings regarding this property.”