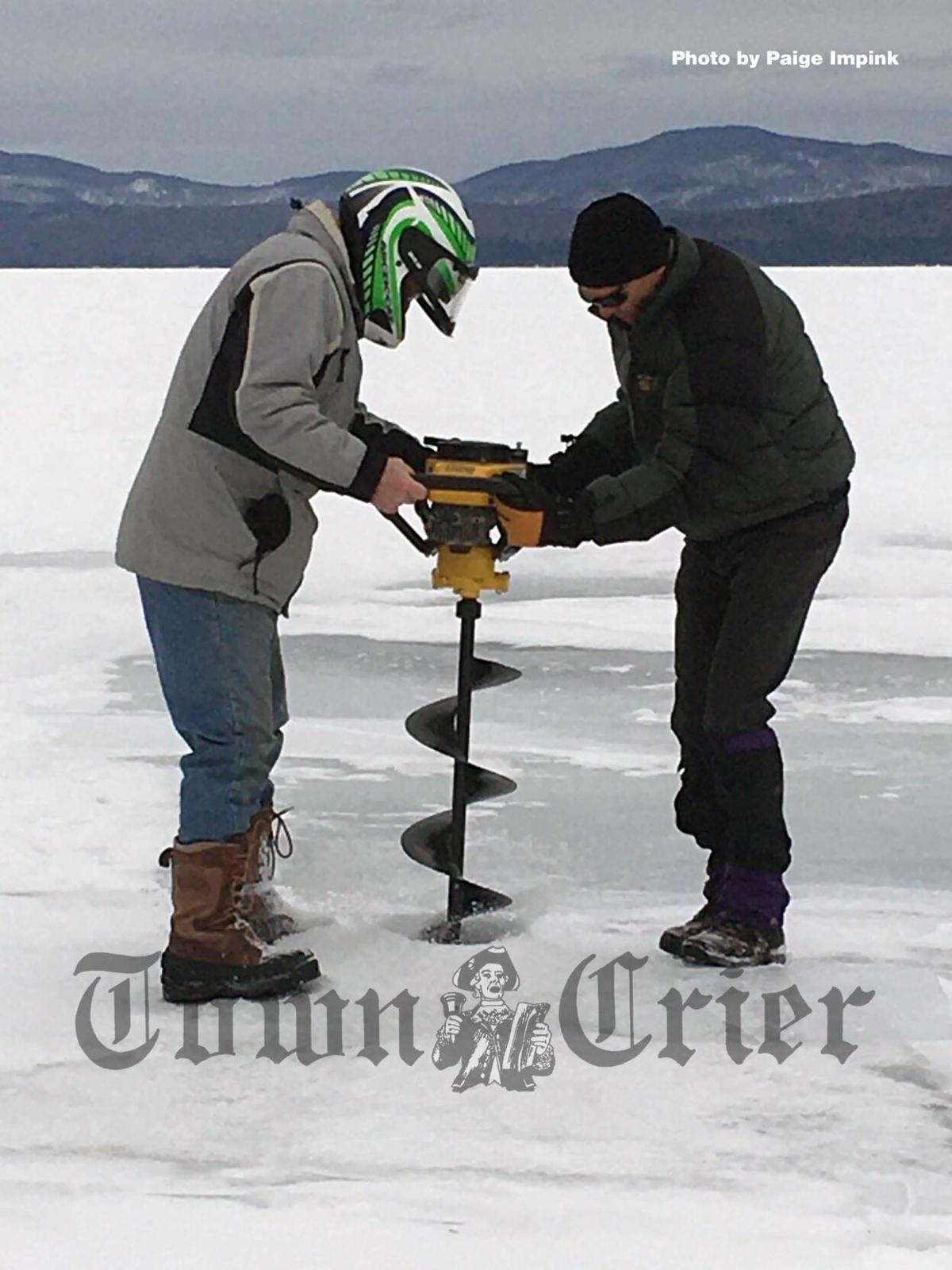 An ice auger is used to cut holes in the ice. (Paige Impink photo) 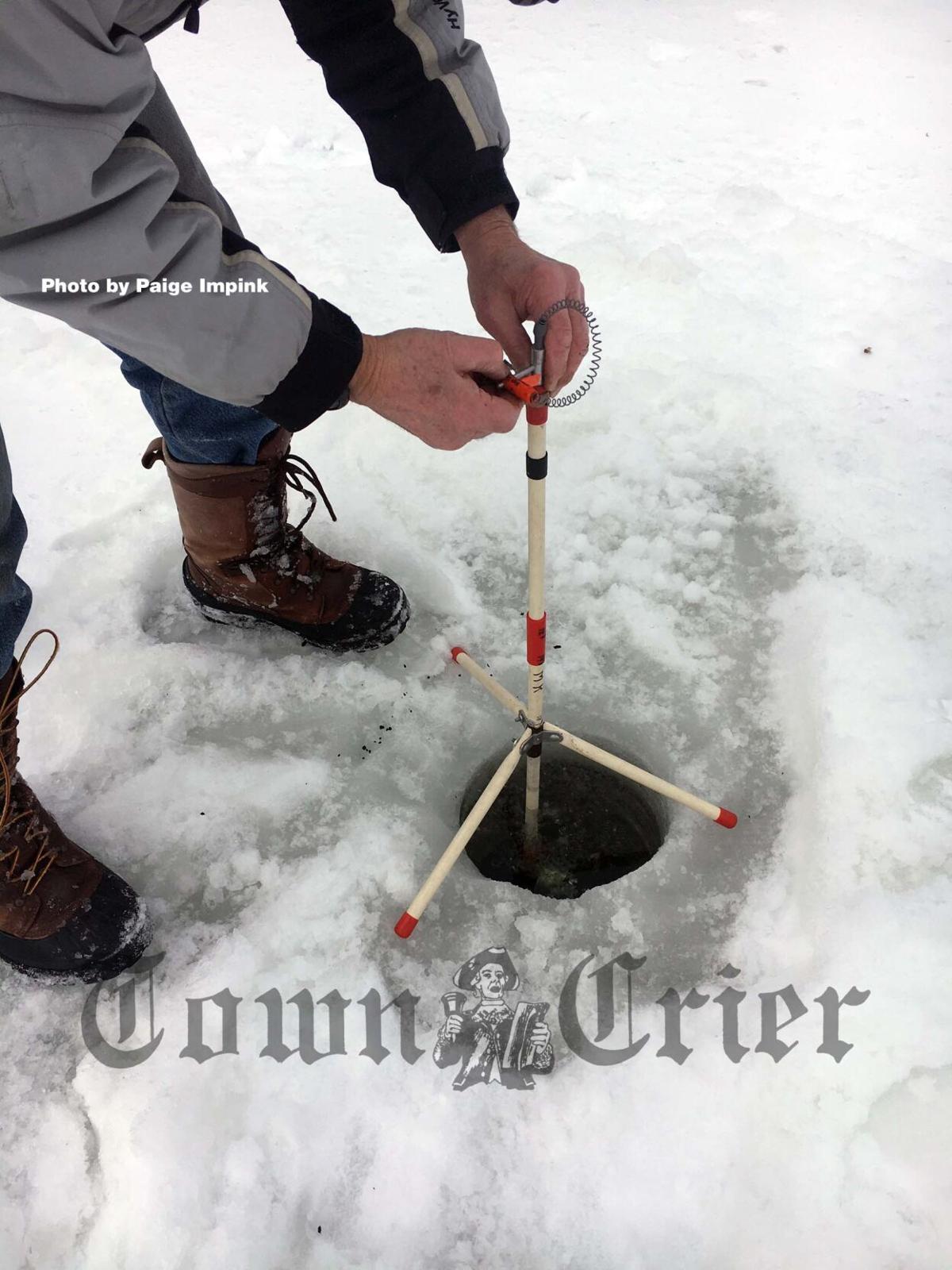 An ice auger is used to cut holes in the ice. (Paige Impink photo)

Fishing is a sport of pa­tience. Hooks are baited, lines are cast, and the angler waits. While the warmer weather brings crickets, quiet, and mosquitos, winter ice fishing has its own charm and challenges.

Recently, we had the chance to go out on the 20-inch-thick ice in northern Maine to ice fish. Heading out via snowmobile, our sled full of gear in tow, we were bundled up and ap­preciated the calm Feb­ruary day.

The absence of wind can make the difference be­tween a pleasant winter outing and a miserable one no matter what your sport. Picking a site near the shoreline, yet out in what would otherwise be several feet of water, we set up the camp.

Using an ice auger, a two-man 10” diameter cork­screw with a small air-cooled engine, my husband and uncle cut into the ice, leaving a beautiful, clean hole to the liquid water deep below. Cer­tainly, a hand-crank auger would do the job, but this machine made quick work of the thick ice.

The lake is a place where the ice heaves in massive plates, creating craggy ridges, exposing the un­derside of the ice as a glacial blue. A crunchy snow layer makes the surface quite walkable, though mi­cro spikes would have been a good addition.

A few of us did slip and fall on surprisingly slick patches. Rigging the tripod tip-up rods, their bright orange signal flags ready, my uncle put a nightcrawler on the end of each hook, though he told us smelt or shiners are preferred.

We were surprised at the activity on the lake; several snowmobiles riding by in a line, and a few pop-up bob houses in the distance. We never see this much activity in summer, and I am told that winter snowmobilers are a significant contribution to the local economy despite the remoteness of the area.

We learned there are different fish to be had based on where you drop your line. Brook trout are near the shore, lake trout are further out and closer to the bottom, salmon swim just under the ice and cusk are on the bottom, usually caught with an overnight line.

Just like warmer weather fishing, ice fishing does require a license, though we were fishing during a “free” week. Only a certain number of lines are allowed per license with differing requirements for the legal catch size of each species of fish. We were hopeful but not certain we were going to catch anything.

In Maine at least, it is a requirement that the li­cense holder be in view of their rigs; one cannot just set lines and leave. Since the day was bright and still, we had our chairs out and were able to enjoy the vastness of the lake. Despite the calm weather, though, we still had to use an ice skimmer every once in a while to clear the crusting ice as it reformed over the holes.

We waited. And waited. Alas, fish was not to be on our menu that night, but as we pulled up the traps and headed home, we were grateful for the experience. We marveled at the popularity of the sport and understood better the allure of the adventure.Wilmington