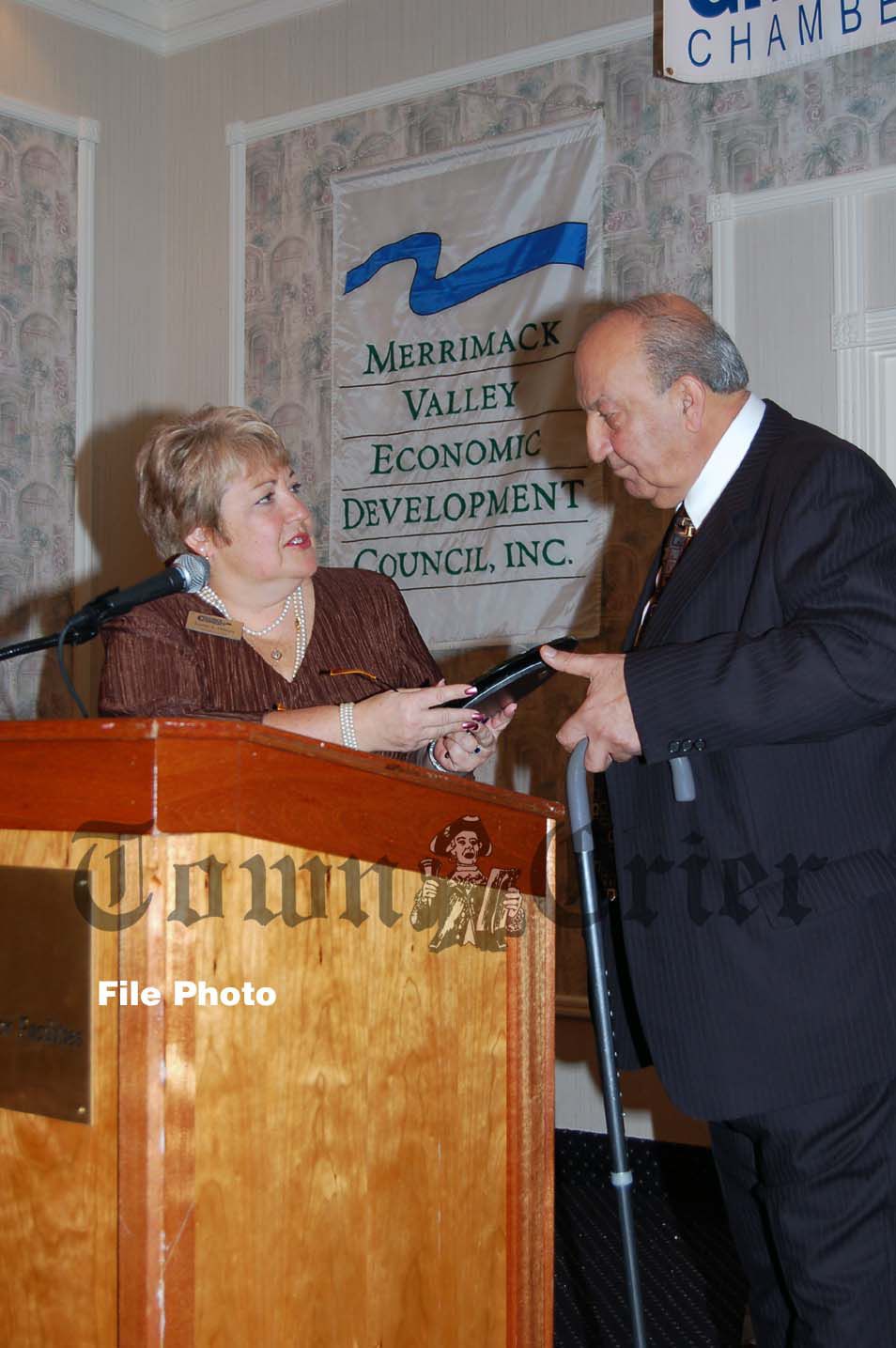 Greater Lowell Chamber of Commerce honored Fred Simon of Tewksbury with the Community Service Award during a November 29th breakfast held at Lenzi's in Dracut.  Jeanne L. Osborn, President & CEO of the organization presented the award.  Fred was nominated by Judith Burke of Middlesex Community College. 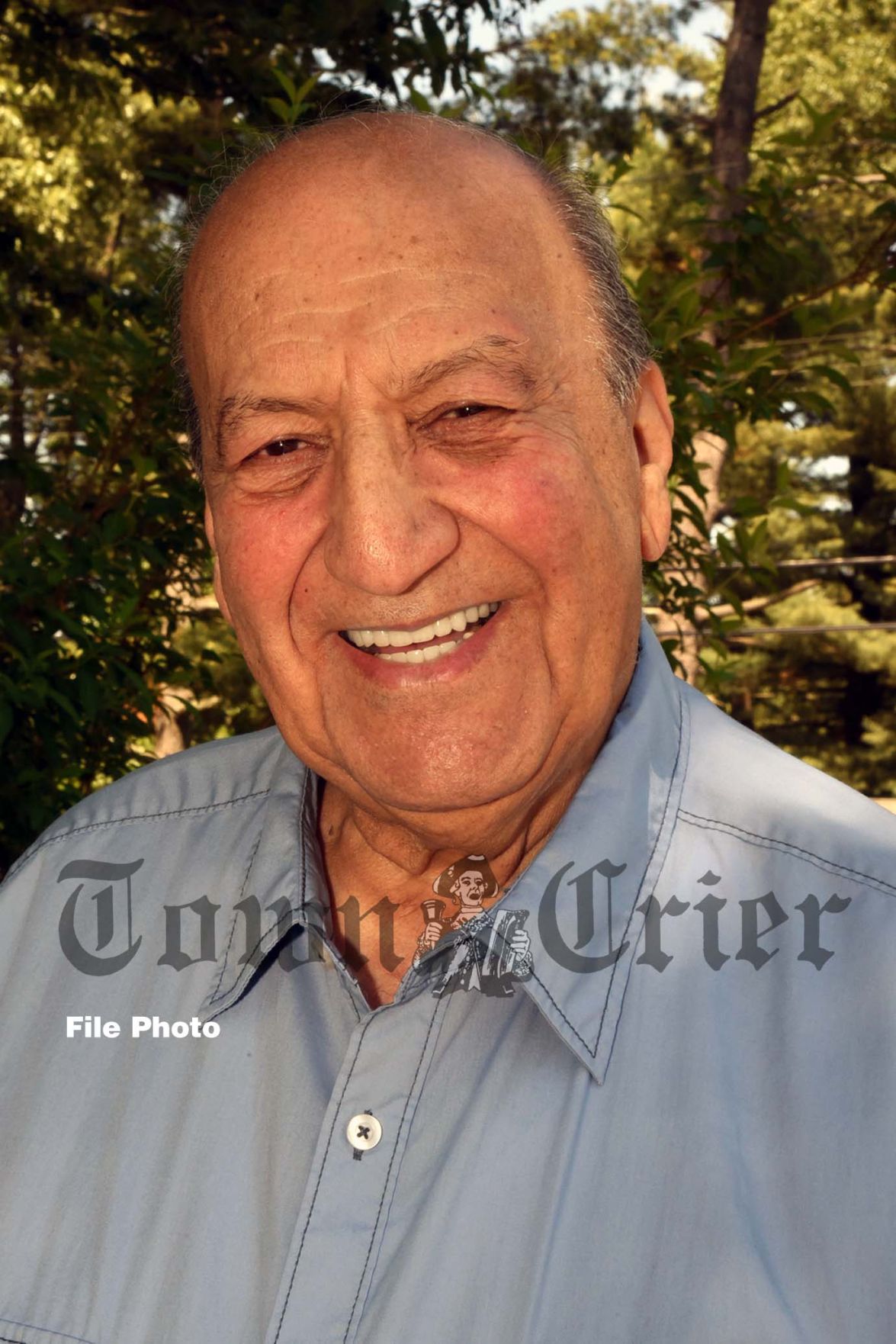 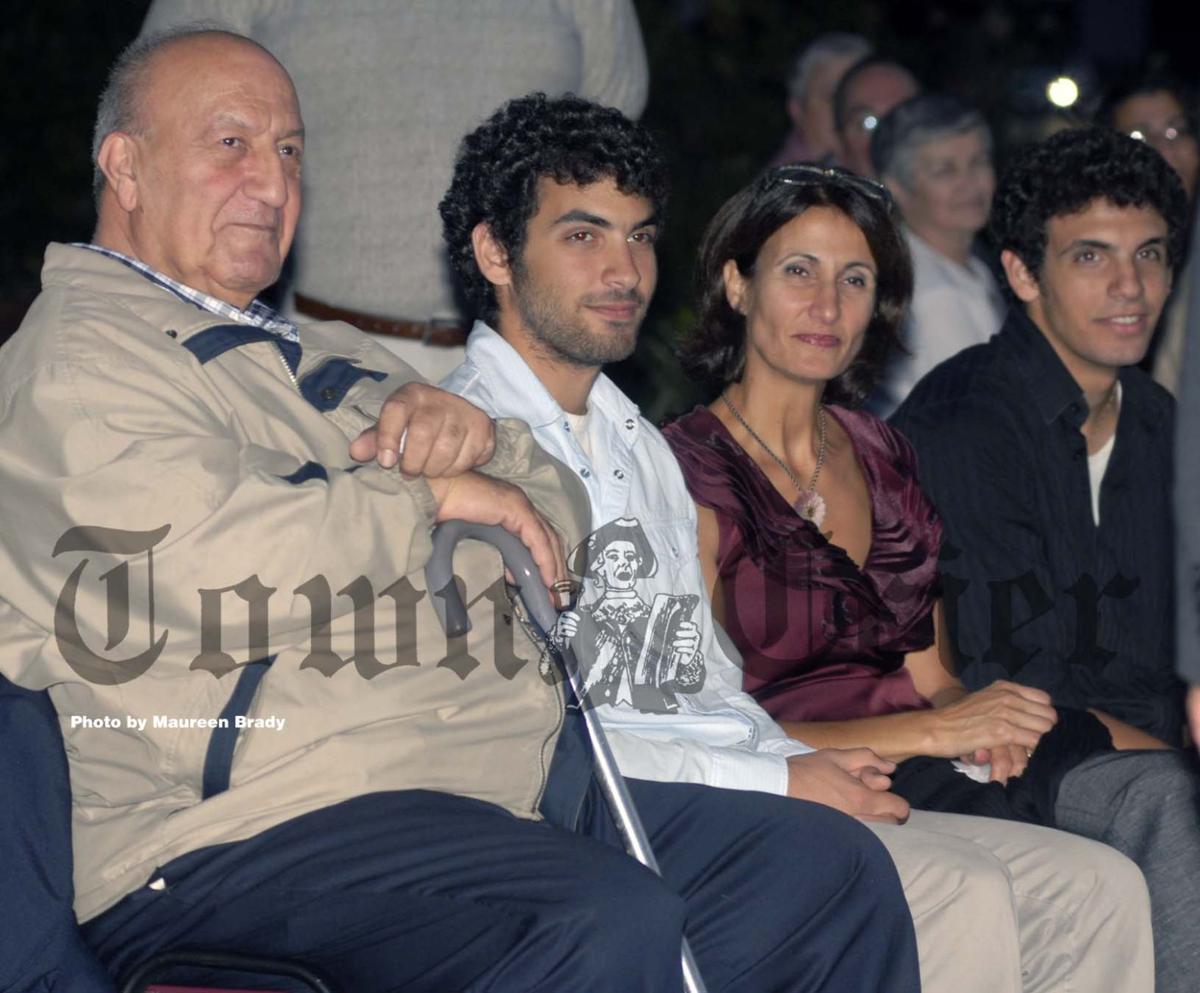 Greater Lowell Chamber of Commerce honored Fred Simon of Tewksbury with the Community Service Award during a November 29th breakfast held at Lenzi's in Dracut.  Jeanne L. Osborn, President & CEO of the organization presented the award.  Fred was nominated by Judith Burke of Middlesex Community College.

(Ed.s note: On Tuesday, Tewks­bury and Lowell lost longtime friend Fred Simon, who was so special to so many people in both communities.

Simon was well known in town because he was such a caring person. He was in­volved in many charities and foundations, was the co-founder of the 9-11 Memorial in Tewksbury and he was just a true inspiration to so many people.

Last year, the Town Crier wrote a story on Simon after he was named the Person of the Year by the Merrimack Valley Council of Eastern Orthodox Parishes. We thought it would be fitting to re-run the story to honor Simon.)

TEWKSBURY — To find someone who can say anything negative about Fred Simon would be a Herculean task.

A lifetime of charity has made him a hero in the eyes of many in the Merrimack Valley — even those who wouldn’t recognize him are more than likely to have been touched by his generosity in one way or another.

For Simon, every day is an opportunity to give.

“The Greeks have a word for it,” said Simon, his voice gravelly yet inviting. “Phil­anthropy. Literally translated, it means a lover of man­kind. I’m not even Greek!”

Lessons in loving mankind and being generous came early in Simon’s life. Long before cancer was part of most people’s lexicon, his mother passed away from the disease, leaving behind 17-year-old Simon and his siblings.

His relatives, friends and neighbors rallied to the family — it was those acts of kind­ness that first made Simon realize the importance of giving to others.

He found his calling in 1996, when he began his work serving Sen. John O’Brien of Andover and later Sen. Steve Panagiotakos of Lowell as a legislative aide. Working in constituent services allowed him to give to others in an official capacity and flex the skills he learned working in insurance sales MetLife.

Simon has kept busy since his retirement in 2006 from the Middlesex County Sher­iff’s Office. His year is de­fined not by seasons, but is divided by charity events. There is no Memorial Day until he sees Owl Diner Charity’s annual golf tournament come to fruition, and New Year’s Eve can’t happen until he’s raised money for the Salvation Army of Low­ell’s Radiothon.

This past year, the Sal­vation Army raised over $160,000, much of which will go directly to serving the Lowell community. Captain David Childs, head officer of the local chapter of the charity cited Simon as being instrumental in obtaining those funds.

“He (Simon) has his black book of friends that he calls to get them to make a pledge,” said Childs.

It goes beyond an ability to convince people to give; ­something about Simon simply inspires others to do good.

“I think his heart is just in a good place,” said Childs.

Simon’s unending acts of grace have not gone unnoticed. He has won awards for his service before, but perhaps none so important as being selected Person of the Year by the Merrimack Val­ley Council of Eastern Or­thodox Parishes.

Simon has attended St. George Antiochian Orthodox Church in Lowell since his birth — the same church where he was baptised officially recognized his charity work both in the Hellenic and Lowell communities with a ceremony at City Hall in March.

Still, Simon is humbled by the accolades. He is quick to note that while he may be in the spotlight for his charity work, it’s an army of people that get the job done. For Simon, awards are a nice bonus for the work he does, but they’re far from the reason he has devoted his life to giving.

“I was totally surprised,” Simon said. “I believe in most cases, the gift is really to the giver. You get the satisfaction in knowing that you helped someone else.”

“This is not the first award that he’s ever received and it won’t be the last,” said former Tewksbury Selectman John Ryan, who worked with Simon on the September 11 Memorial. “People recognize Fred for his generosity and his kindness for people.”

Ryan and Simon began work on the memorial in the weeks following the tragedy. Two Tewksbury residents, Peter Gay and Peter Hash­em, had been on the hijacked American Airlines Flight No. 11. Ryan and Simon made it their mission to honor those from their town as well as the other 2,994 lives lost on that day, eventually raising over $350,000 and relying purely on volunteers to complete the project.

It was more than a memorial, it was a message of solidarity and love.

“He doesn’t mind enlisting other people to help,” said Ryan. “There’s an old saying that when Freddie Simon walks down Merrimack Street in Lowell, and people are walking the other way, they say, ‘Oh, here comes Freddie.’ He’s going to shake their hand and ask them for something. And they’ll give it to him.”

Simon plans to continue giving back to his community for as long as he can. He is looking forward to celebrating his 80th birthday on Dec. 10, the same day as this year’s Radiothon. Next year, 2017, promises to be a busy year for Simon, with a calendar full of festivities. His next big project will be to help plan the celebrations for the St. George Orthodox Church’s centennial.

“As you get older you realize that you have to do things for other people. If a kindness has been done for you, I feel very strongly that you should give kindness back.”

Services to be held for Fred Simon at:

decent bLog! its intriguing. much obliged to you for sharing.... best movies to watch on amazon prime

I have been looking at a couple of your stories and i can state really well done. I will bookmark your online journal
Questions to ask

This is an incredible post. I like this topic.This site has loads of advantage.I discovered numerous intriguing things from this site. It helps me in numerous ways.Thanks for posting this once more. voyance telephone

I admire what you have done here. I like the part where you say you are doing this to give back but I would assume by all the comments that this is working for you as well. chaturbate token value how to get free xbox live

I just found this blog and have high hopes for it to continue. Keep up the great work, its hard to find good ones. I have added to my favorites. Thank You. Find the best internet marketing solutions

Extremely intriguing web journal. Alot of web journals I see nowadays don't generally give anything that I'm keen on, however I'm most definately intrigued by this one. Recently imagined that I would post and let you know. Soul City Band

A debt of gratitude is in order for sharing this valuable information.. Relationship

I was perusing your article and thought about whether you had considered making a digital book on this subject. You're composing would offer it quick. You have a great deal of composing ability. trucchi clash of clans boom beach astuce