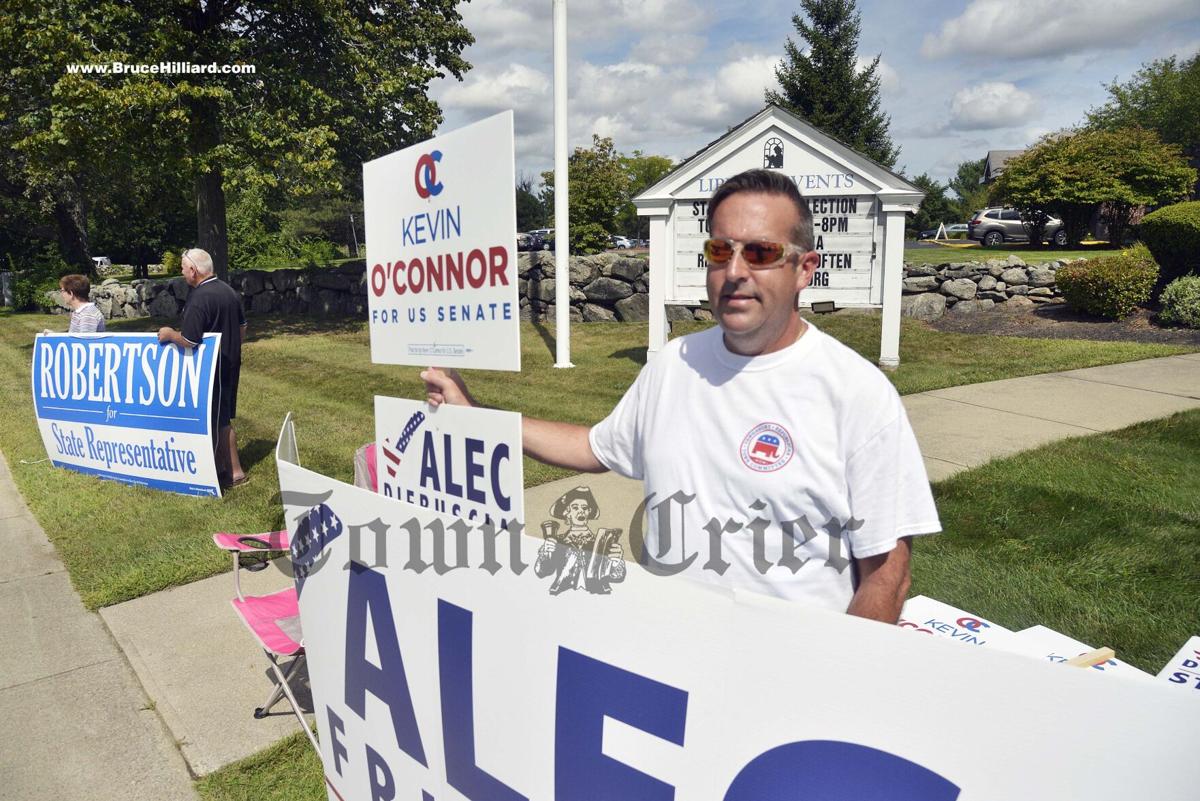 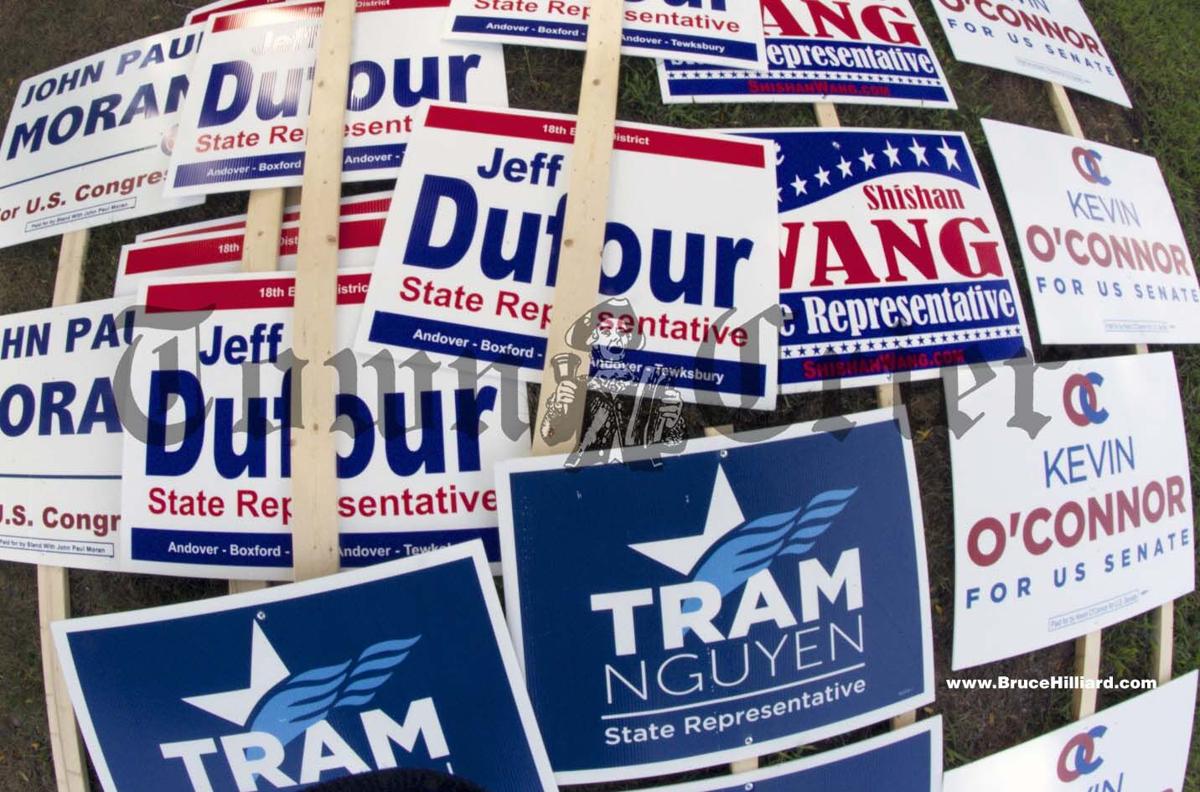 On the lawn at Tewksbury Town Hall. A lot of uncontested races means most everyone who ran moves on to the general election this November. (photo : BruceHilliard.com) 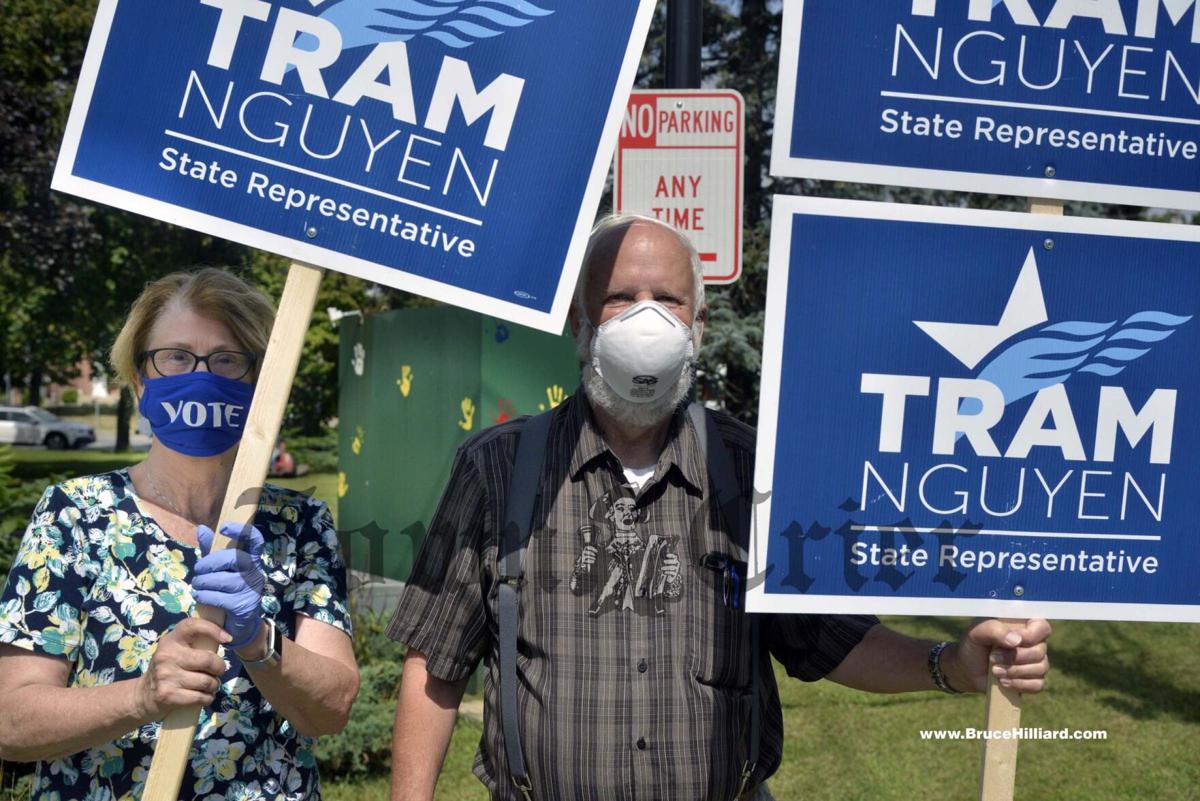 On the lawn at Tewksbury Town Hall. A lot of uncontested races means most everyone who ran moves on to the general election this November. (photo : BruceHilliard.com)

In the Republican Senate primary, Kevin O’Connor won by a margin of 1,253 votes to 826 votes. State­wide, O’Con­nor won with roughly 60 percent of the vote, and he will face Mar­key in the general election.

Looking at the race for the 6th Congressional Dis­trict, incumbent Seth Moul­ton dominated, easily winning in Tewksbury with 4,410 votes. Challen­gers Ja­mie Belsito and An­gus McQuilken re­ceiv­ed 776 and 439 votes, respectively. Moulton also dominated across the district, taking 77 percent of the vote.

On the Republican side, John Paul Moran ran un­opposed, gaining 1,802 votes overall in Tewks­bury. He will face Moulton in the general election on Nov. 3.

In the race for State Rep­resentative of the 19th Mid­dlesex District, both Demo­cratic incumbent Dave Robertson and Re­publican challenger Alec DiFruscia ran unopposed in their re­spective primaries and will move on to face each other in the general election.

In the State Senate race for the Second Essex and Mid­dlesex District, Barry Fine­gold ran unopposed in the Democratic Primary, taking 4,871 votes in Tewks­bury. He will also run un­opposed in the general election.