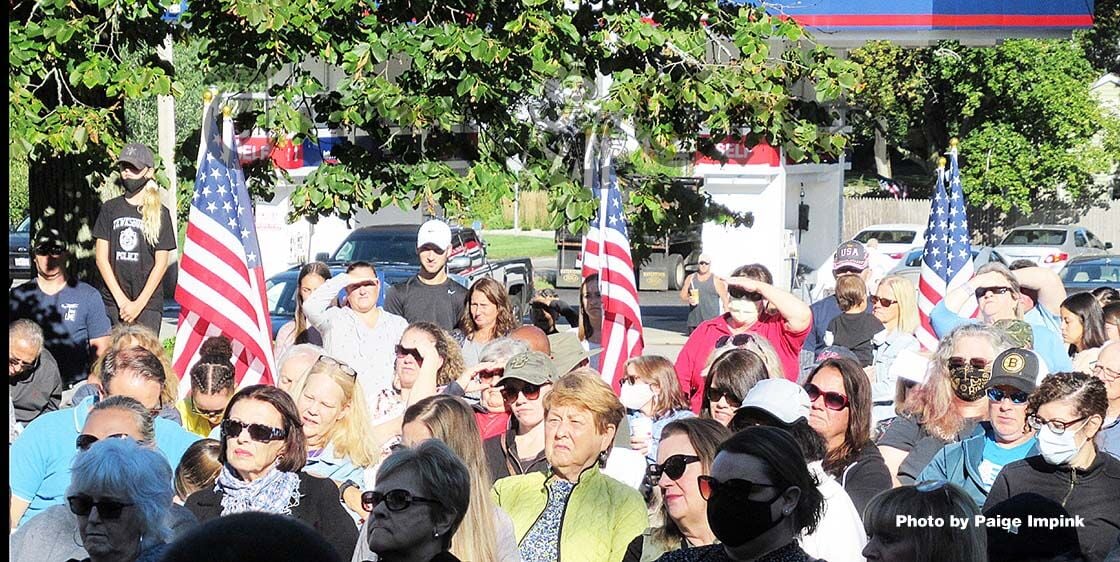 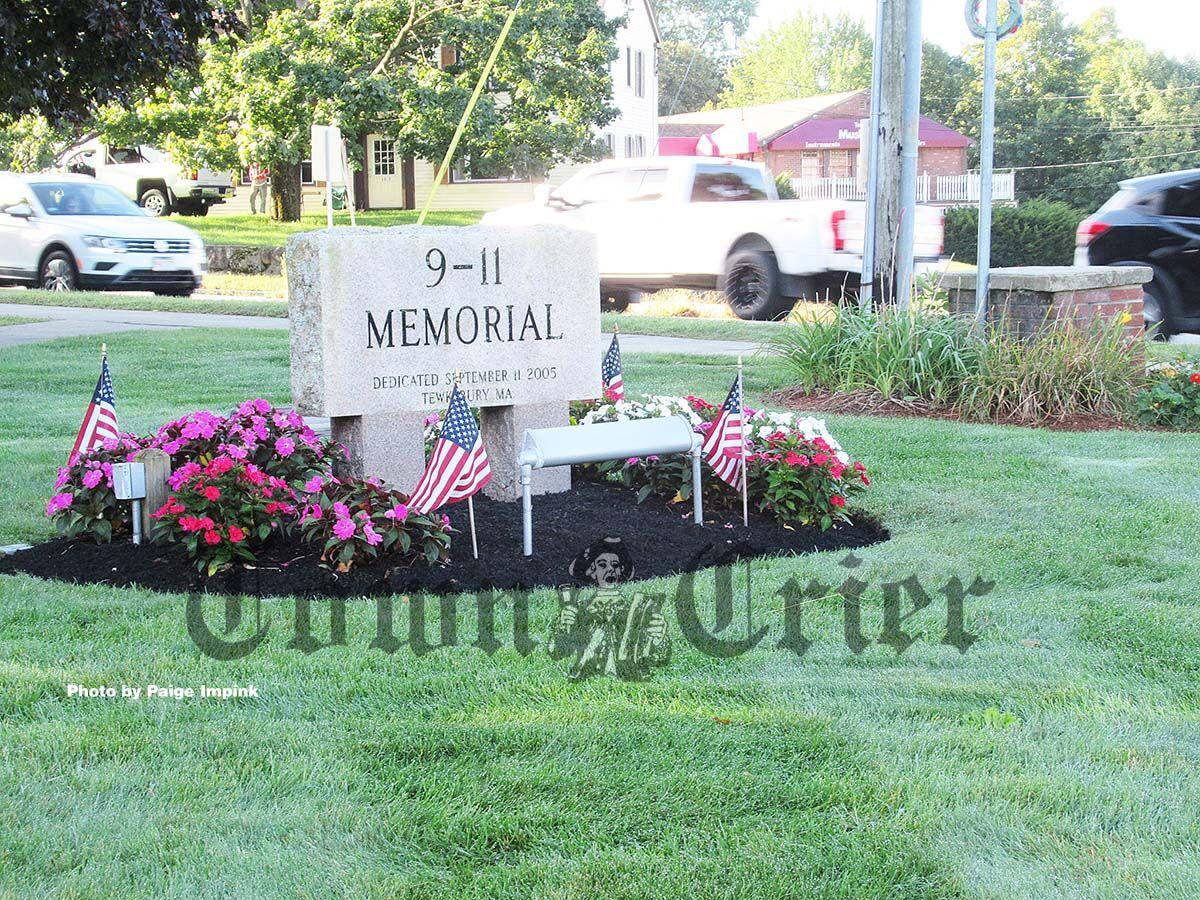 Tewksbury's 9-11 memorial is at the corner of Main and Chandler Streets, next to the Tewksbury Public Library. The memorial was dedicated in 2005. (Paige Impink photo) 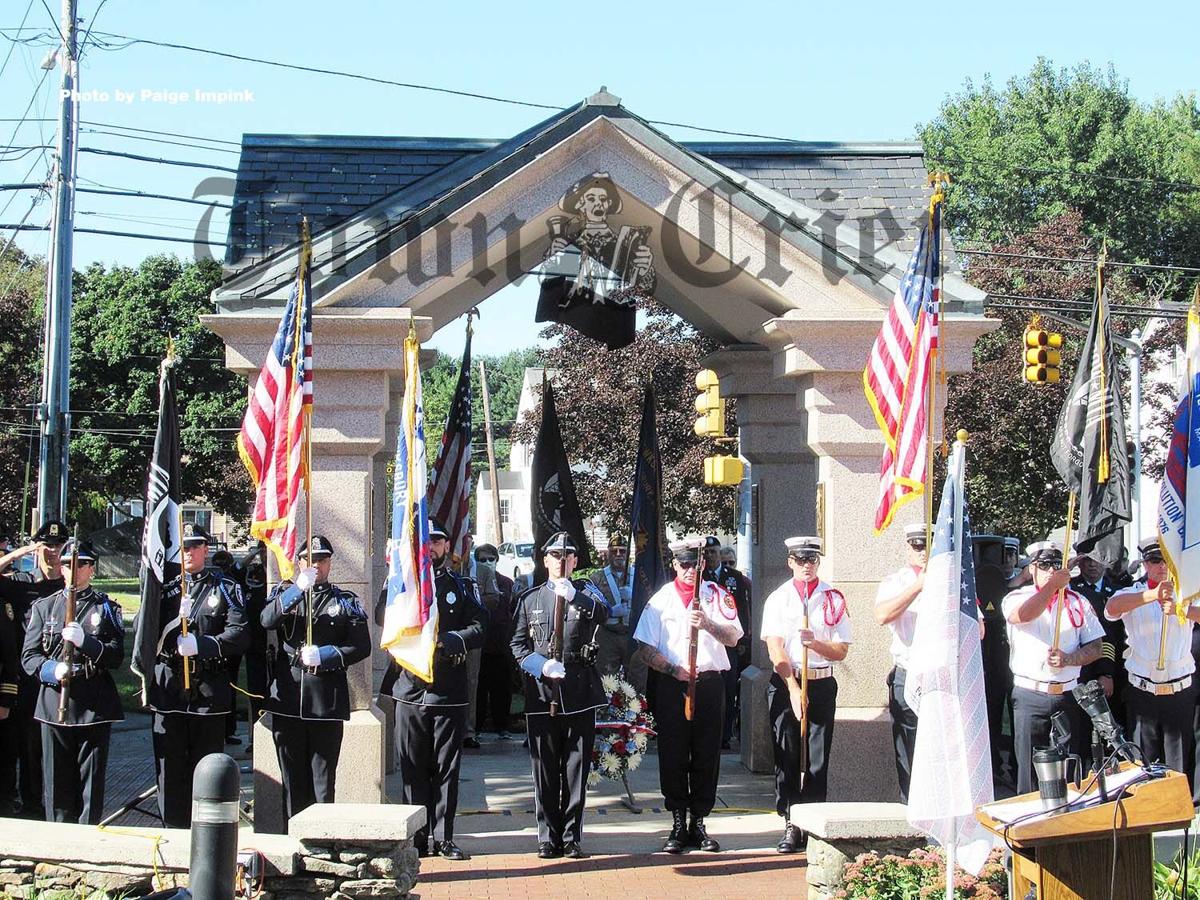 Tewksbury's Color and Honor Guards stand at the 9-11 memorial. A piece of steel from ground zero, presented to the Town of Tewksbury, hangs from the memorial. (Paige Impink photo) 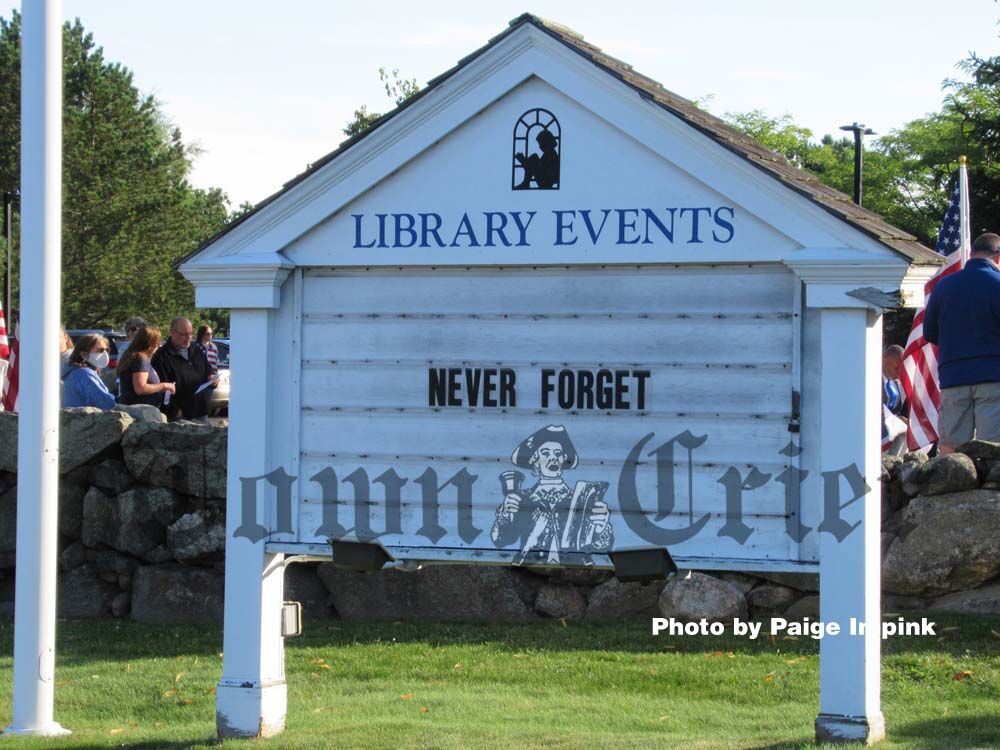 Tewksbury's 9-11 memorial is at the corner of Main and Chandler Streets, next to the Tewksbury Public Library. The memorial was dedicated in 2005. (Paige Impink photo)

Tewksbury's Color and Honor Guards stand at the 9-11 memorial. A piece of steel from ground zero, presented to the Town of Tewksbury, hangs from the memorial. (Paige Impink photo)

TEWKSBURY — Tewks­bury marked the 20th an­niversary of the terrorist attacks of Sept, 11, 2001 with a parade and ceremony at the 9-11 me­morial. Located at the in­tersection of Chandler and East streets, next to the Tewksbury Public Li­brary, the memorial, con­structed in 2005, is dedicated to the memories of two Tewksbury residents who died that day: Peter Hashem and Peter Gay, and to honor all who lost their lives.

A procession left from Tewksbury common, led by bagpipers Tim Sulli­van, Nate Silva, and Rob Grannatt, accompanied by John Whittaker on snare drum. Members of the Tewksbury Fire De­partment, Police Depart­ment, Veterans of For­eign Wars, and Tewks­bury Lodge of Elks made their way to the memorial via Main Street.

As the color and honor guards approached, at­tendees stood and listened to the national an­them sung by The Tewks­bury Swinging Seniors, led by director Ginny Desmond, accompanied by the Tewksbury Memo­rial High School concert band, led by Celeste Pel­legrino.

Girl Scout and Boy Scout troops led the crowd in the Pledge of Allegiance. Welcome re­marks were extended by Robert Fowler, a member of the board of directors of the Tewksbury 9-11 Memorial Committee.

The day was bright and clear, and Larissa Gay, daughter of Peter Gay, who had been on Flight 11 from Logan Airport, spoke about her baby son, and how her father lives on in his smile.

On the 20th anniversary, Gay said, “Missing him is just as hard.”

Gay spoke of how Peter was a grandfather now.

“Thank you for your love… we miss you so much,” she said.

A granite memorial to Peter Gay was also un­veiled in Taunton earlier that day. Gay was born in Taunton, but lived in Tewksbury.

After remarks by Tewks­bury Police Chief Ryan Columbus and Tewks­bury Fire Chief Joseph Kearns, the names of the 93 Mas­sachusetts residents who perished on Sept. 11 were read by members of the police and fire departments.

TMHS senior Vanessa Waugh sang “Amazing Grace” after which 9-11 Memorial Committee board member Richard Cuoco shared the story of Gander, Newfoundland, and the incredible care and support the people of Gander showed to the thousands of passengers stranded when U.S. and Ca­nadian airspace was closed.

Fowler returned to the podium to share his ending remarks, urging, “Let us ne­ver forget this day…. keep the memory alive forever.”