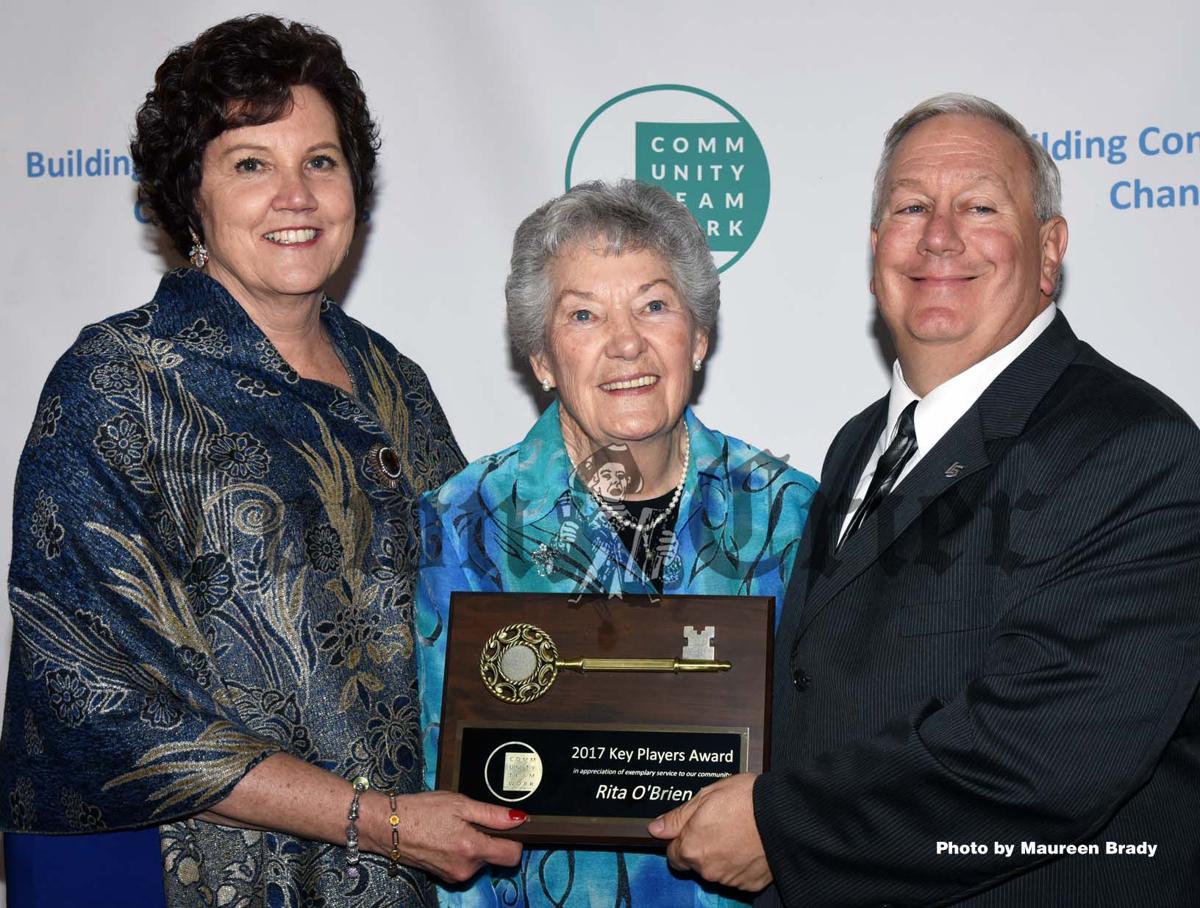 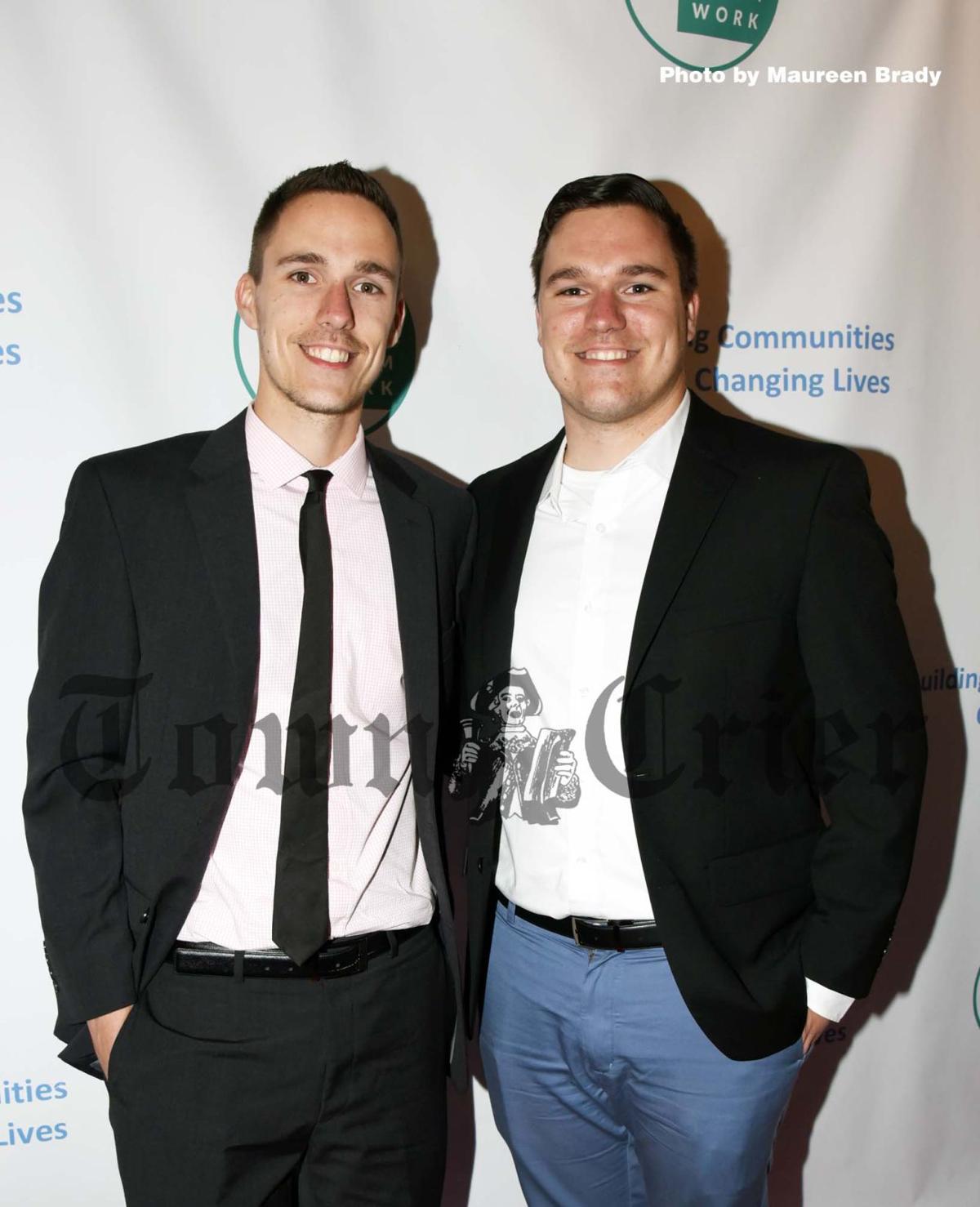 Tewksbury resident Nicholas Timm and his twin brother, Nathan spoke to an audience during the CTI awards event to honor the Big Brother/Big Sister Advisory Board and to explain what the program meant to them. The brothers recently graduated college, both with engineering degrees. (Photo by Maureen Brady)

Tewksbury resident Nicholas Timm and his twin brother, Nathan spoke to an audience during the CTI awards event to honor the Big Brother/Big Sister Advisory Board and to explain what the program meant to them. The brothers recently graduated college, both with engineering degrees. (Photo by Maureen Brady)

Dee, a member of CTI’s Board of Directors, was honored with the Key Play­er Award for her 52 years of work with the organization.

“It was a lovely evening. When I first heard about [be­ing honored], I was surprised, humbled, shocked, really,” Dee said. “I couldn’t believe that they chose me.”

Dee began community ac­tion career as a teacher-aide for Head Start, a school program for low income children. As a single mother of five, Dee also relied on the program for her own children, which she ex­plained in her speech at the May 25 gala.

“I did give a speech, a short one, trying to collect my thoughts of 52 years, which wasn’t easy, but I chose to focus on my Head Start days. I worked with the program for 27 years with my children, my little children that is, my Head Start children. The other 25 years, I volunteered with CTI and that’s what I chose to speak about, mostly my Head Start days,” Dee said. “It was hard pulling together 52 years in a few minutes.”

At the gala, Dee was introduced by her grandson, which made the evening emotional for her.

“I was introduced by my own grandson, who was also a Head Start student years ago and that was a surprise to me. They didn’t tell me, so that kind of rocked me a little bit. I was feeling good about getting up there until that happened,” Dee said.

“I’m a crier, too, and a hugger. I don’t think I missed many people in the place. It was very emotional, but I tried to just enjoy it, which I did.”

The evening was also emotional for Nicholas Timm, a member of the Big Brothers Big Sisters of Greater Low­ell, a non-profit organization matching youth with adult mentors.

The brothers represented a Big Brothers Big Sisters success story and chose speak to the audience about transitioning from abandonment as a child to empowerment as an adult.

“The whole speech basically went from that point, when we were six years old and our mother left us to our foster home where there was a lot of substance abuse to when we were 10 years old and got our big brothers,” Nicholas Timm said.

“They [Nicholas and Nate’s big brothers] took us grocery shopping, they took us to baseball games, and instilled in us a normal lifestyle.”

Speaking about his time in the Big Brothers Big Sisters program was a joyful experience for Timm.

“I can’t say enough about this program and how it changed my life. Anything that could help spread the word and help the organization grow are awesome,” Timm said.

“In terms of sharing my story, that almost becomes second nature to me because I tell it all the time, not be­cause I want sympathy, but to kind of show that no matter what adversity you’re facing or no matter what obstacles you’re facing, you can overcome them.”

Dee described the Timms speech as excellent, which made her nervous to be speaking right after them.

“They are excellent, excellent. They are a story unto themselves,” Dee said. “I said to myself, ‘I have to follow that act? Oh my gosh.’ They were wonderful.”

Alongside Dee and Big Brothers Big Sisters of Greater Lowell, Merrimack Valley Housing Partnership was honored by CTI for their dedication to providing af­fordable housing for low to moderate income residents.

Dee said she hopes that CTI continues to grow and gain recognition in the greater Lowell area.

“My hope is that people learn something about the Community Teamwork programs and I was really trying to get that across because they’ve been there for 52 years and they just do such a magnificent job with people from infancy to elderly and all in between.”