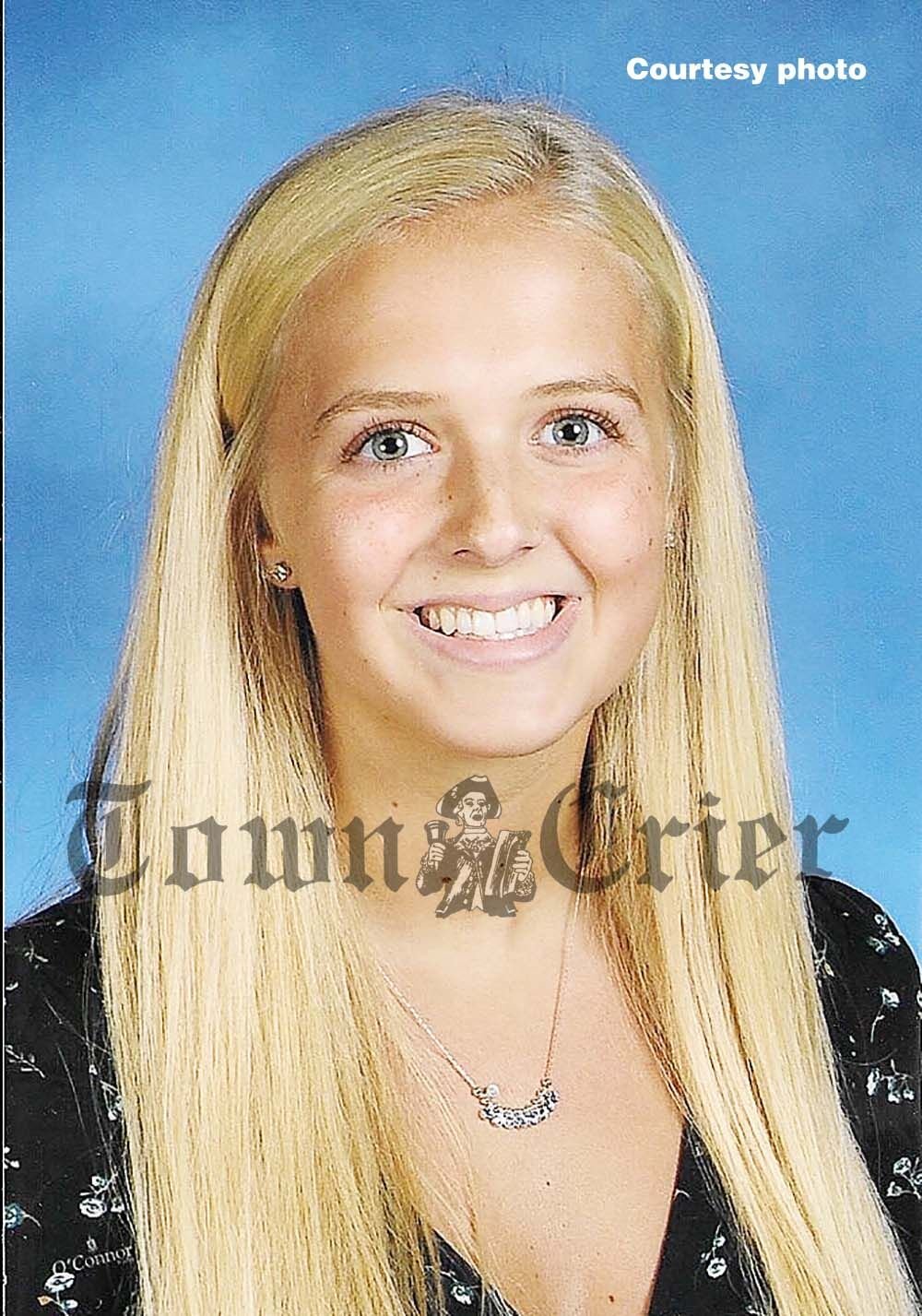 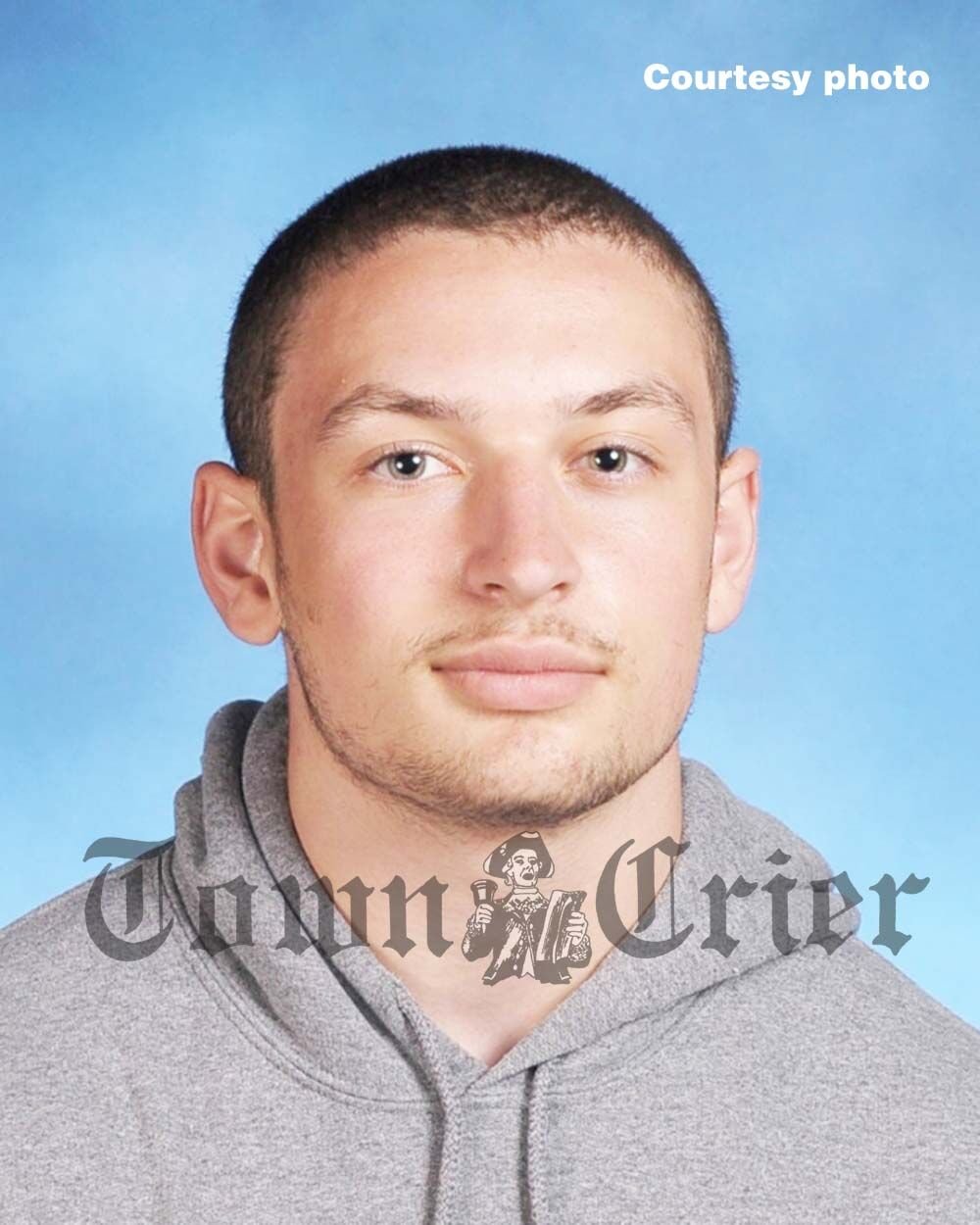 The Hat’s Off Award is a joint initiative of the Tewks­bury Rotary Club and The Tewksbury Me­mo­­rial High School to re­cognize those students who have distinguished themselves both academically and civically in the community.

Shayne O’Neil, daughter of Deborah and John O’Neil, was nominated by TMHS faculty member Donna Boudreau-Hill for her motivation, dedication and willingness to work with respect and integrity academically, as well as civically for the people in her community.

O’Neil’s academic achievements include be­ing enrolled in six AP (Advanced Placement) clas­ses throughout her high school career, and ob­taining a 5.0 on both her Psychology and Che­m­istry AP Exams. She is also eligible for the Seal of Biliteracy and the re­cipient of the John and Abigail Adams Scholar­ship.

Hard work has landed her in the top 10 percent of her class, yet O’Neil still has time for many extra-curricular activities.

O’Neil is the Co-Pre­si­dent of the National Ho­nor Society as well as a member of both the In­ternational Club and the 2021 Class Council.

In her freshman and sophomore years, O’Neil participated in the varsity cheerleading squad.

When not busy studying or working at her part-time job at Whole Foods, O’Neil has made helping her community an important priority.

As Co-President of NHS, O’Neil has helped run food, clothing and toiletries drives during the recent pandemic.

Volunteering her time at the MSPCA and the DECA Fashion Show have been a rewarding part of O’Neil’s life, and so has the time she spends help­ing her fellow students.

Using her academic abi­lities, O’Neil participates as a tutor in the NHS Tutor program and the TMHS Spanish Tutor program.

Richard Lavargna, son of Michelle and Steven La­vargna, was nominated by TMHS faculty mem­ber Steve Kasprzak for his academic achievements, high level of cha­racter and his promotion of a positive school environment.

Lavargna's time at TMHS has proved him to be a model student, achieving Honor Roll status and receiving the John and Abigail Adams Scholarship Award.

Lavargna has also found success outside of the classroom by participating in several TMHS athletic activities.

Lavargna has flexed his athletic abilities, without flexing ego, as a member of TMHS varsity football team and the varsity wrestling team. He also is a member of the spring track and field team.

Off the field, Lavargna has found time to work at Sweet Lydia’s in Low­ell, as well as Westward Shores Cottages and RV Resort.

Lavargna has given back to his school community by participating in TMHS’s major fund­raiser, Applefest, by setting up stands.

Both of January’s Hat’s Off recipients have big, but different plans for after graduation.

O’Neil is planning on pursuing a science ma­jor in college, while La­vargna has decided to serve our country by joining the U.S. Navy as an Avionics Technician.

Despite their different paths, these two Hat’s Off recipients are headed in the right direction.