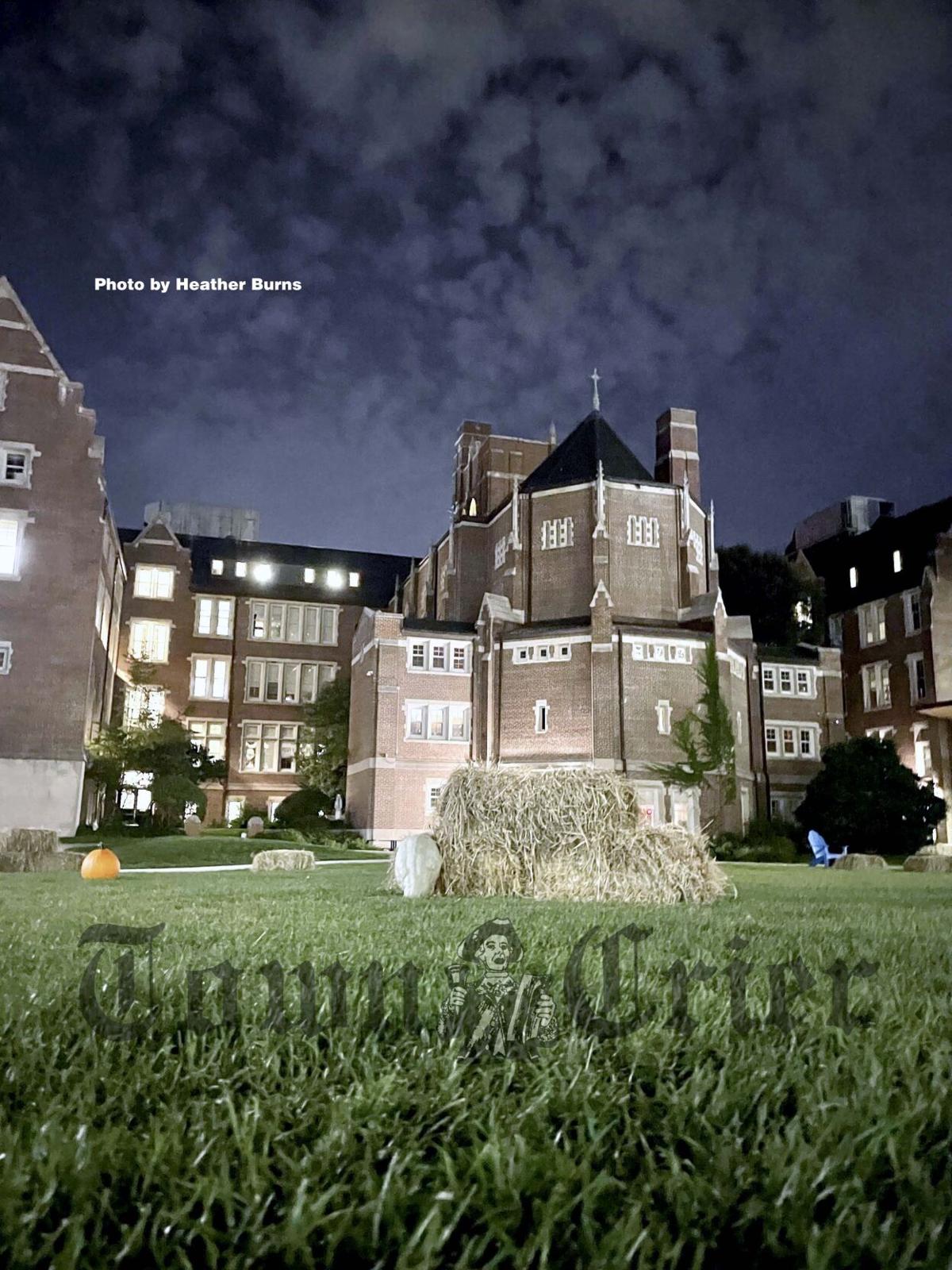 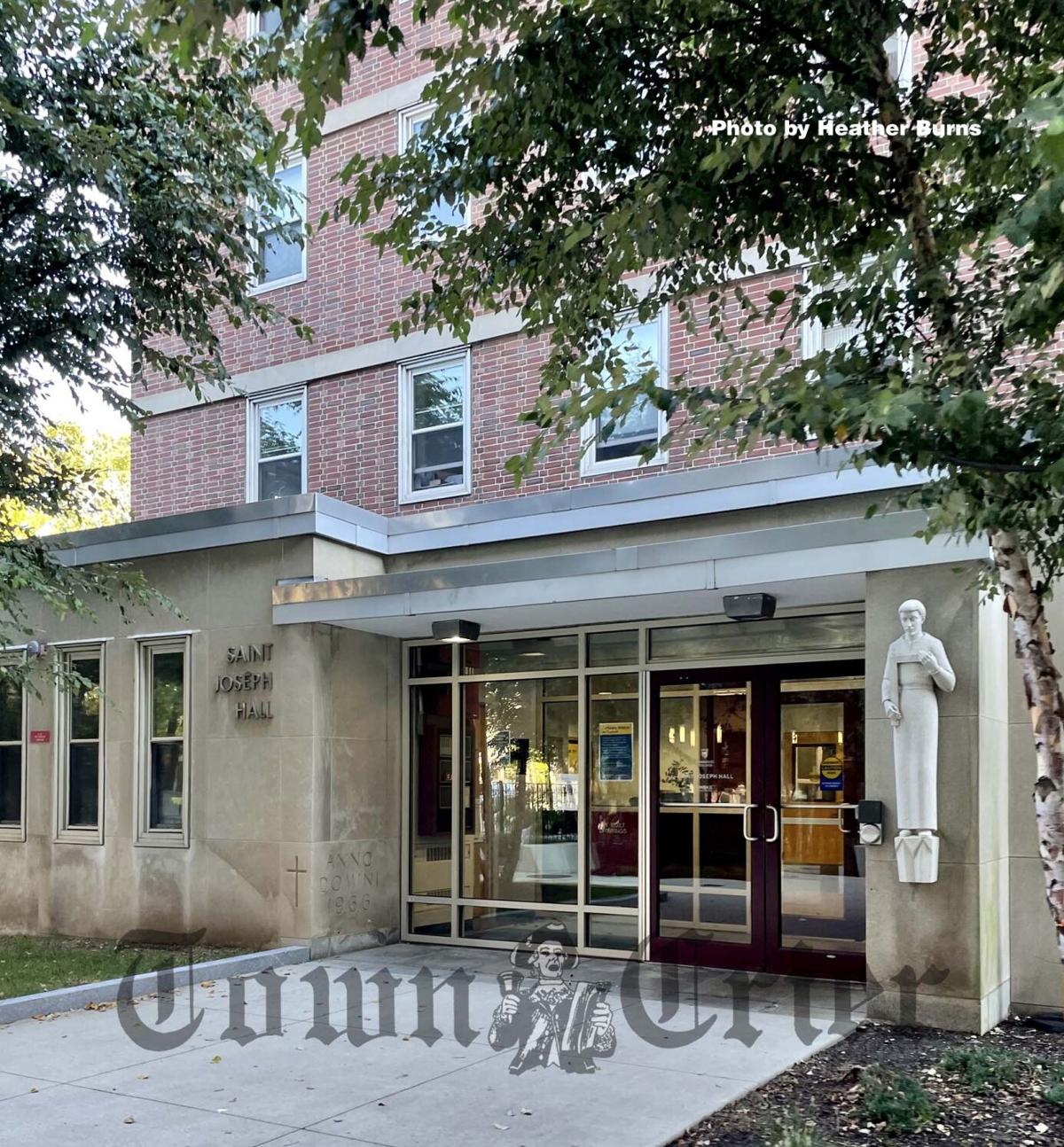 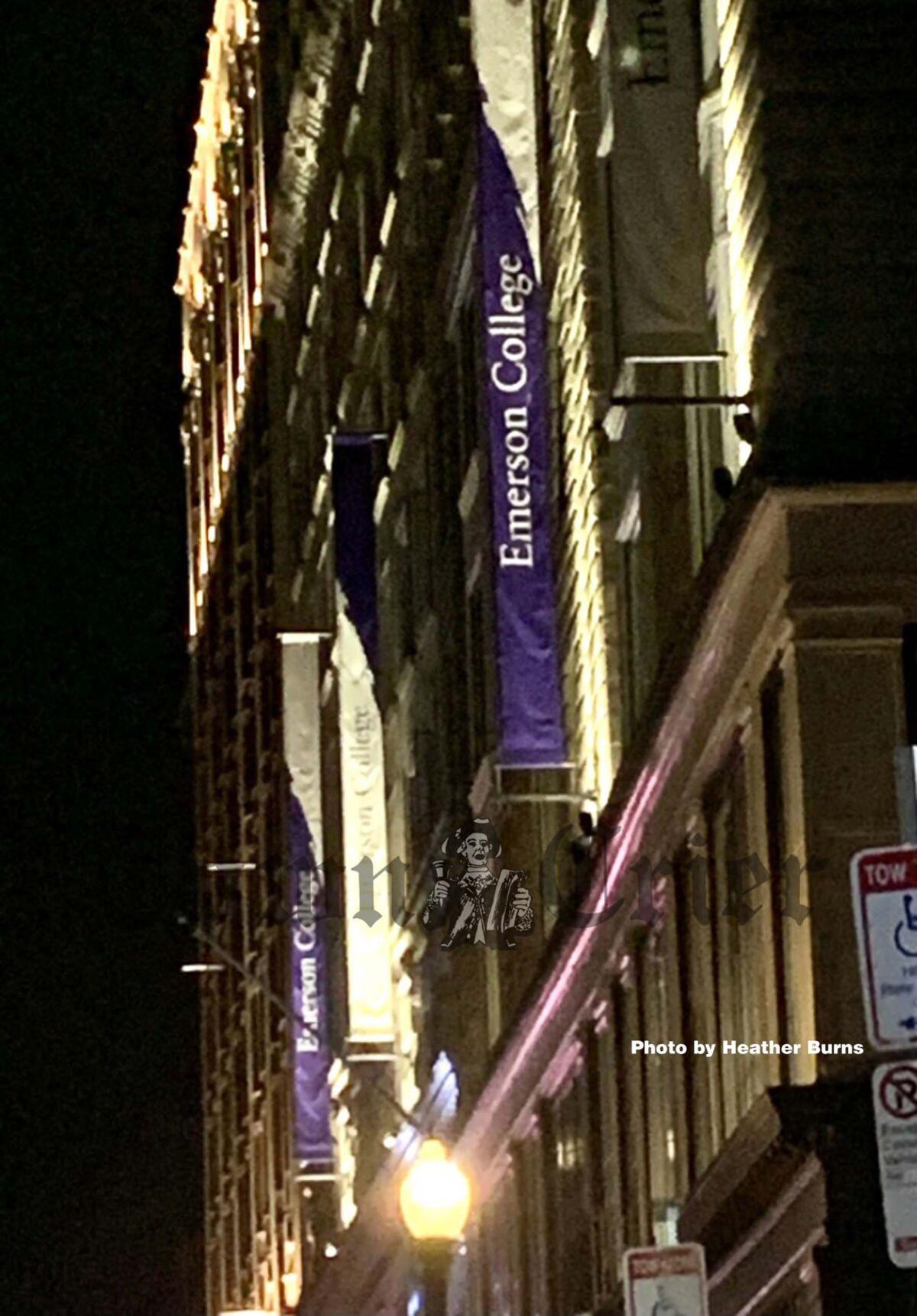 Emerson College is the home of what is rumored to be the most haunted theater in the City of Boston.

Emerson College is the home of what is rumored to be the most haunted theater in the City of Boston.

New England has long been known as the hub of some of the finest higher learning institutes in the country. Many of these schools, like the State of Massachusetts itself, are rich with history and folklore.

During this particularly “spooky” time of the year, it is easy to believe that many historic New Eng­land colleges may provide an eye-opening education of paranormal activity with ghost stories and unexplained happenings.

Harvard University was founded in 1636, so it is no surprise that there are re­ports of more than one ghost roaming these Ivy League hallways.

Thayer Hall, Harvard’s largest freshman dorm, was originally a textile mill. Many residents claim to have seen the ghost of mill workers dressed in period clothing, walking the halls to their workstations. On snowy nights, lines of mill worker phantoms are said to be seen outside waiting to enter the building.

It is said to be the ghost of Holbrook Smith, a mem­ber of the class of 1914. Supposedly, this Harvard graduate enjoyed his time at Harvard University so much, he has chosen to relive his youth in his afterlife by returning to Massachusetts Hall every fall to play pranks on the new freshman.

Emmanuel College, foun­ded in 1919, is nestled in between the hustle and bustle of the Fenway. De­spite having a small, quiet campus, Emmanuel possesses some big, phantom yarns.

Rumor has it that the ghost of a former student, who died unexpectedly, roams St. Joseph’s Hall, unable to cross to “the other side” until she has completed her education at Emmanuel.

This student specter has been known to open windows, run faucets, and move residents belongings in rooms that are locked.

The most common re­porting seems to be the “bathroom haunts.” Stu­dents have reported seeing the image of a young woman with long, wet hair in the bathroom mirrors and felt the presence of someone standing behind them when they step out of the shower, only to find no one is there when they turn around.

One evening during spring break when the campus was mostly empty, a security guard allegedly saw a young woman in old fashioned clothing standing at the top of a staircase in the building that is connected to St. Joseph’s Hall. When he called out to her, she turned to walk away and disappeared.

Emerson College’s campus, located adjacent to Boston Common, is the home of the Cutler Majes­tic Theater. The Majestic is Boston’s second oldest theater and is listed on the Massachusetts and the National Register of His­toric Places. It is also considered by many to be the city’s most haunted theater.

The ghost of Boston’s 1908 Mayor, George Albee ­Hibbard, is believed to be one of the many spirits to regularly visit the Majestic.

Although it is well documented that Hibbard was a great fan of the theater, his passion to haunt the Ma­jestic may have more to do with Mrs. Hibbard.

After Mayor Hibbard’s death, his wife became an actress, debuting her new career at the Cutler Ma­jestic Theater. At the time, acting was not considered a respectable career for a woman, so many felt May­or Hibbard’s after-life pre­sence at the theater was to keep an eye on his wife’s new, questionable lifestyle.

Reports of unexplained power disruptions and noises are the norm in the theater’s sound room. Many students also complain of an overwhelming feeling of being smothered and un­able to breathe when backstage at the Majestic.

Random theater seats are commonly found flip­ped down. Students feel that these are the ghosts of au­dience members that were killed during a tragic incident when stage lighting fell from the ceiling. Ap­parently, these spirits re­turn to the theater to watch current performances.

Out of respect for their phantom audience members, Emerson theater stu­dents avoid sitting on flip­ped down seats and politely say “excuse me” if they must pass in front of a turned down seat.

Of all the Boston area col­lege haunts, Boston Uni­versity boasts some of the most famous afterlife ce­lebrity spirits.

Boston University, foun­ded in 1839, has slowly ex­panded across the City of Boston, purchasing hotels and apartment buildings as needed for student hou­sing throughout the years.

Just one year before the purchase, Irish American Playwright Eugene O'Neill died on the fourth floor of the Sheraton Hotel. School officials named the fourth floor “Writers Corridor” in his honor, but students claim the spirit of this playwright haunts the hallways, even controlling the elevators to randomly stop at the fourth floor re­gardless of its original destination.

Baseball legend Babe Ruth was said to be a regular guest at the Standish Hotel. Stories claim he en­joyed his stays at the Standish so much, he continues to visit periodically in his afterlife.

Another literary spector tied to Boston University is a relative of playwright Arthur Miller. Miller’s un­cle committed suicide on the ninth floor of the Stan­dish. He was said to be the inspiration for Mil­ler’s Wil­ly Loman character in Death of a Salesman.

Students who live on the ninth floor complain of roaming cold spots and unexplained movement of items and furniture.

Higher education hauntings are not exclusively in the Boston area, as UMass Lowell provides some bone-chilling stories of its own.

In the 1980’s UMass Low­ell's West Campus, located in Chelmsford, acquir­ed a parcel with several old buildings that housed the Middlesex County Tru­ant School for Boys, which was founded in 1898. The buildings from this old re­form school were used by the university until the early 2000’s when most fell to disrepair and were torn down.

Until the demise of these buildings, reports of moan­ing and screaming from inside the buildings were common, and unwelcome visitors reported incidents of unexplained touching.

The University of Massa­chusetts Lowell main campus has a more modern aesthetic, with newer buil­dings. However, ghost stories still run rampant on the main campus area of Leitch Hall with a frequently told tale of a ghost dressed as a clown that wanders the halls, knocking on doors until he is confronted, then disappears without a trace.

There are also rumors of a sealed underground tunnel that ran from Leitch Hall to Bourgeois Hall. Al­though undocumented, the existence of such a tunnel is possible as many New England colleges once featured such tunnels for easy travel during the winter months. Students have allegedly heard loud groan­ing and banging coming from the area where the tunnel is thought to have been.

As the Halloween season draws near, remember to take in these college ghost stories with a grain of salty skepticism. It may be­come apparent that there is more fun than fact to these tales about higher education hauntings.

After all, any educated person knows that the sca­riest thing about college is most likely your tuition bill.