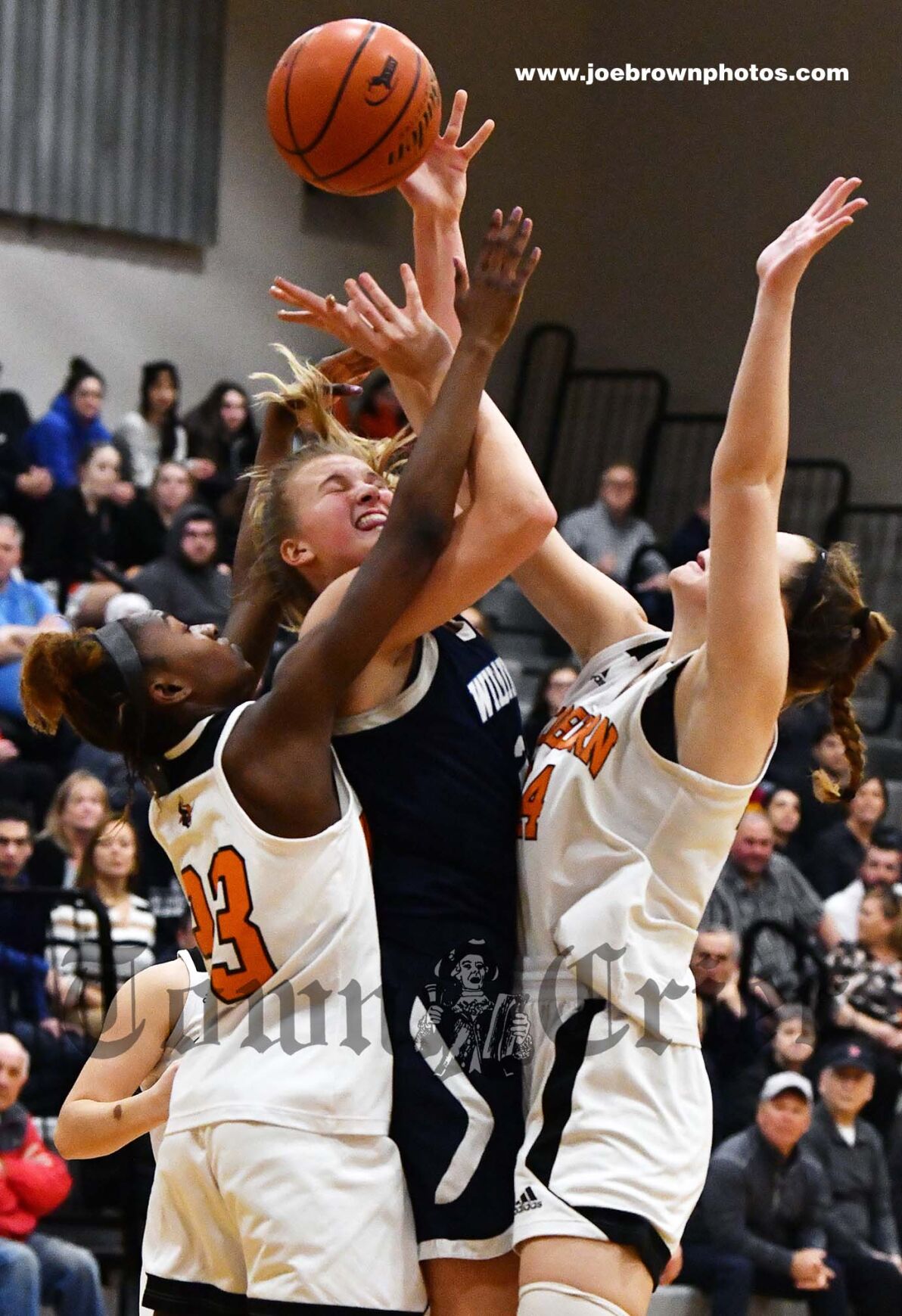 Kylie DuCharme, sandwiched between Woburn players, Cyndea Libissiere (left) and Abbie Morrison. and the rest of her WHS teammates would like nothing more than to have a basketball season this winter. (photo by JoeBrownphotos.com). 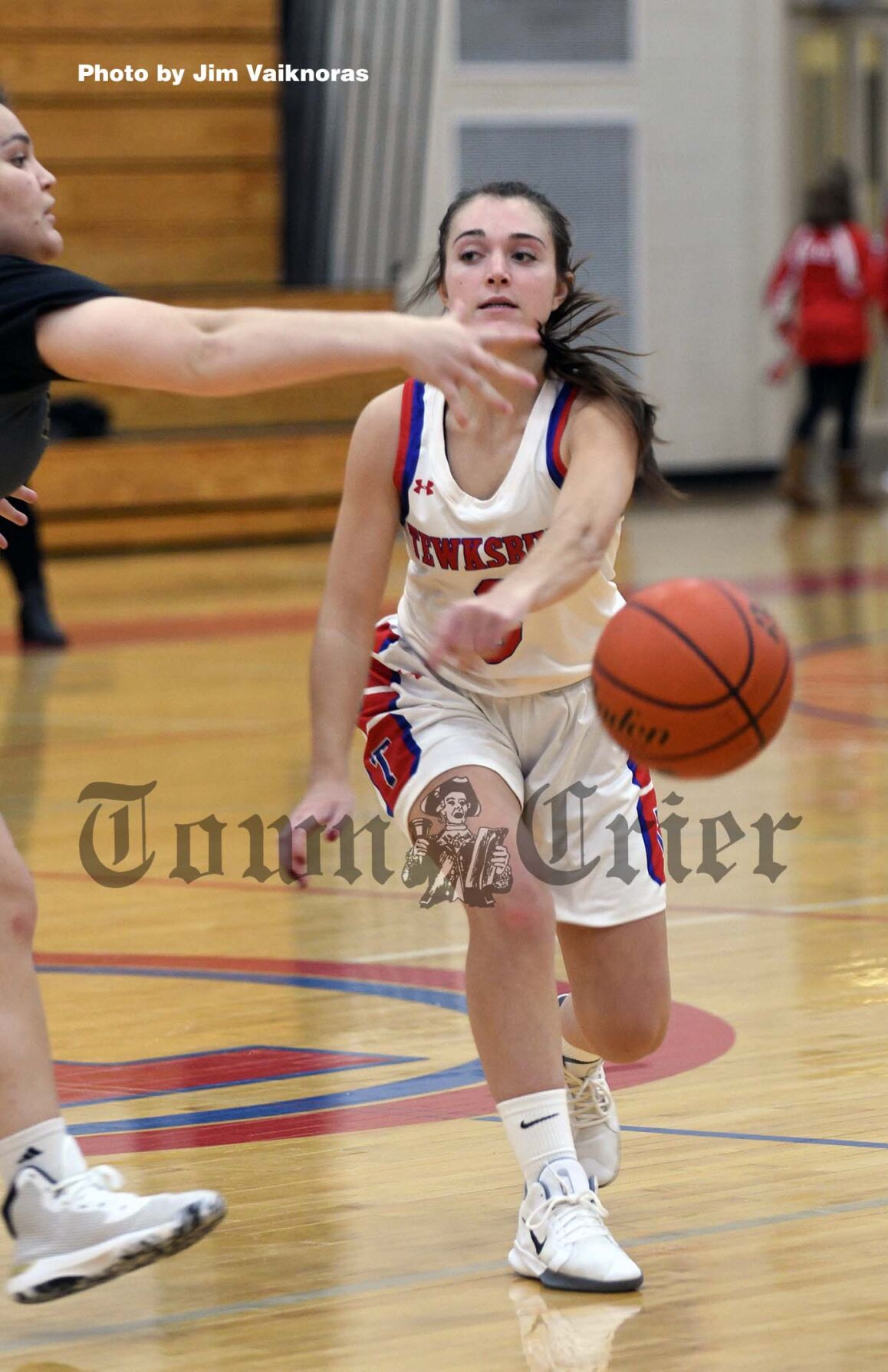 Lexi Polimeno and the rest of her Redmen teammates would like nothing more than to have a basketball season. (photo by Jim Vaiknoras).

Kylie DuCharme, sandwiched between Woburn players, Cyndea Libissiere (left) and Abbie Morrison. and the rest of her WHS teammates would like nothing more than to have a basketball season this winter. (photo by JoeBrownphotos.com).

Lexi Polimeno and the rest of her Redmen teammates would like nothing more than to have a basketball season. (photo by Jim Vaiknoras).

On Friday, high school athletics received some good news when the EEA (Executive Office of Energy and Environmental Affairs) released its guidelines for youth and adult sports activities which gives the OK for high-risk sports including basketball and hockey to conduct a MIAA winter season.

The EEA has placed recreational activities into low, medium and high-risk categories. In their first two updates, the EEA announced that all sports designated as high-risk were not able to compete because of body contact.

Friday's release changed that as the EEA separated the high-risk winter sports, "where lasting contact takes place between players as opposed to those where contact only occurs at certain points over the course of the game.”

Already the MIAA has ruled that if a winter season does occur, that no state tournament games will be held. The EEA said that only low-risk sports can still hold tournaments.

In a press release sent later on Friday, the MIAA reacted to the news released by the EEA.

"The Massachusetts Interscholastic Athletic Association (MIAA) COVID-19 Task Force will review the guidelines early next week and will provide guidance to MIAA Sport Committees in the creation of their sport specific modifications.”

The release went on to say that the following steps, which were recently approved by the MIAA Board of Directors to be followed:

One requirement will be for participants in all sports, with the exception of swimming, to wear face coverings.

"We are cautiously optimistic that we will be able to have a winter season," said TMHS Athletic Director Ron Drouin. "There's still a lot of hurdles that need to be jumped through. There's still a lot of uncertainty among some of the modifications. We have been given some hope with these EEA guidelines so we'll take it from there but at this point there is still a lot to do."

Drouin said that wrestlers will be able to practice but not have an organized season. He was then asked about indoor track – since most of the bigger facilities such as the Reggie Lewis Center and Boston University, will not be open for the winter season.

"I don't know about that sport yet," he said. "The Superintendents, the principals and the athletic directors of the Merrimack Valley Conference will need to address this soon here in order to give a little bit more direction of what's going to be allowed in each community and what's not going to be allowed in each community. There's a lot of stakeholders who need to get together to hammer out some of the logistics.

"The other sports, (hockey, basketball and gymnastics) have all been given the OK, so now we're just waiting on word on guidelines and modifications," said Drouin.

First-year WHS Athletic Director Mia Muzio echoed Drouin's thoughts, saying the news from Friday is great, but nothing else has been decided.

"We are just waiting on the information from the MIAA in regards to modifications etc. We are still in a holding pattern at the moment," she said.

The first day that the winter teams can hold an organize tryout/practice would be November 30th.