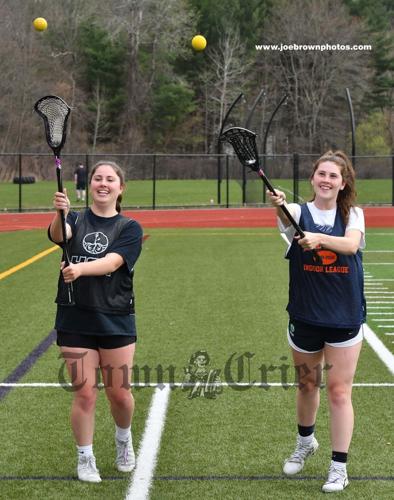 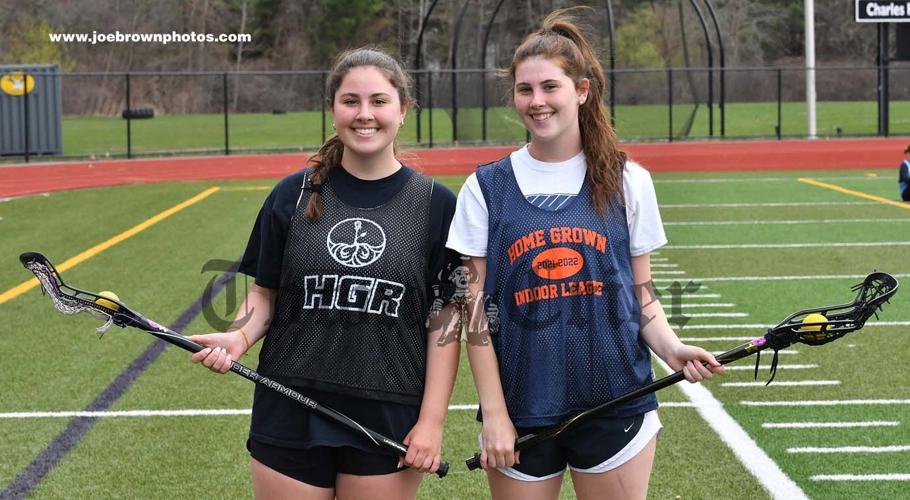 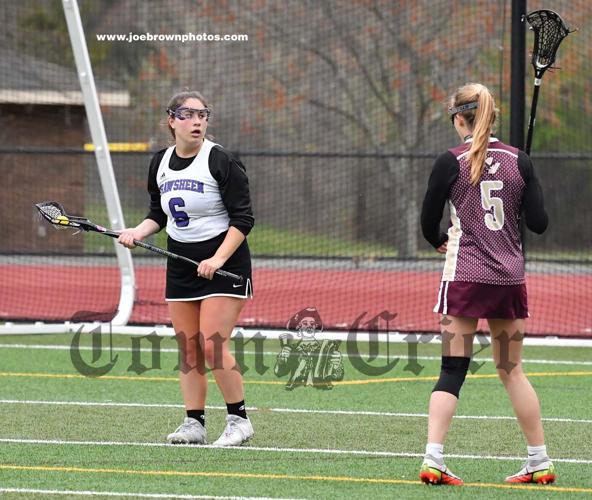 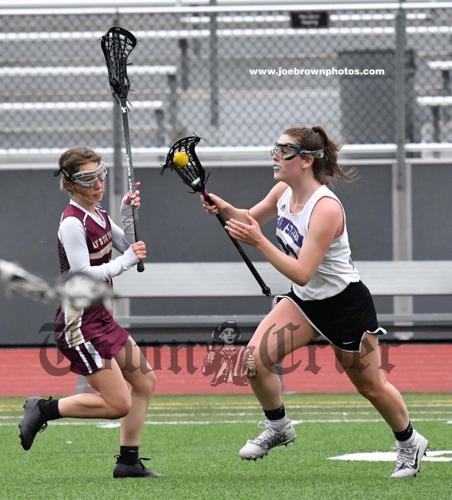 BILLERICA – With the Shawsheen Tech Girls Lacrosse team off to a sizzling 7-0 start to the season, their fantastic start has been especially meaningful to one Tewksbury family, who has had not one, but two major contributors to the team.

Kasey and Kiley McFadden have both been a huge part of the team’s success, not just this season, but last season as well when the Rams went 9-4 in their abbreviated season. As great as it was to get back on the field last season after having the previous season canceled due to COVID, this season has had a much different feel to it for both Kasey, a senior defender and Kiley, a junior midfielder.

“It’s been really incredible. Last year was really a great season, and coming into this season, I was really excited and pumped.” Kasey said. “But I didn’t expect us to be this good so early on, and I feel like we can keep getting better, so it is very exciting.”

For Kiley this season has been an entirely new experience in many ways, as it is her first truly full varsity season with the Rams, and she has enjoyed every minute of it so far.

“It’s been awesome, especially because last year was my first year officially because we didn’t play my freshman year,” Kiley said “So I was really excited to come into this season and be even better and so far, we are doing really well.”

The sisters did not play lacrosse together growing up, as Kasey did not start playing the sport until high school, whereas Kiley did play youth lacrosse. But they have quickly learned to love playing together and supporting each other on the field.

“It’s really fun. We have a fun dynamic where we both kind of play the same position. She is a middie and will come down and play defense, and we get frustrated with each other on the field sometimes because we are always together, but we shake it off immediately, and it is so much fun,” Kasey said. “And when she is not there, it’s not the same. I can tell how she feels on the field and she can tell how I feel on the field, so it is good having her out there.”

Kiley readily agreed, adding, “(Kasey) can really tell everything I am doing, so she will know how to calm me down, or amp me up. There is also a lot of comfort for me, because I can go and explain how I am feeling, and I know she will understand me because she is my sister.”

That support goes further than just on the field, as they also support each other off the field, sharing their insights after games and practices.

“Kiley is so good at lacrosse, that I try to mimic her. She pushes me to be better,” Kasey said. “Usually after the game with my mom, we are able to give her a rundown of the game, and are both really amped about it. We will have different perspectives about it, because she will be on attack, and I am on defense watching attack. We can kind of learn from each other, because we see what the other one is doing when we are not together.”

Kiley may be the more skilled lacrosse player, but she also knows that she is the younger sister and will respect Kasey’s opinion in most cases.

“We a lot of times will have the same views on things, but if we don’t Kasey will give me a new perspective,” Kiley said with a laugh. “Normally she is right, because I am a hothead, but she helps me a lot with that.”

After joining the team with no lacrosse experience in her freshman year in 2019, Kasey has picked up the sport very quickly

“Kasey was a strong defensive player and she worked very hard to improve that season,” Shawsheen coach Alex O’Reilly said. “The following spring was the COVID shut-down so she did not have a sophomore season. When we returned in 2021, Kasey stood out to the coaching staff as one of our strongest defenders.

“Kasey is a force to be reckoned with in our defensive end. She picks up our opponents in the midfield and defends their transition, then wastes no time getting down deep on defense. She is very strong in one-on-one situations and she leads our team with ground balls. We call Kasey the Ground Ball Queen because she always comes out with the ball! She has caused massive turnovers for our team and has set us up for great breakout opportunities over the last two years.”

Kasey, who was a captain of the Shawsheen Swim team this past winter, has also emerged as a true team leader for the Rams. While she not officially a captain, with those roles going to fellow seniors Devin Sweeney and Gabby Ortiz, Kasey, along with many of the other seniors, has become a mentor for the younger Rams players.

“This year's group of seniors are such strong, positive, and team-oriented individuals,” O’Reilly said. “Kasey stands out among her peers as being such a welcoming, kind, and energetic person. She is always making sure everyone feels comfortable and included and she never misses the opportunity to highlight her teammates' success.”

Kasey has been proud to offer her support to the team’s younger players, and says it is a group effort among all of the seniors, particularly Sweeney and Ortiz.

“I think it is really fun. At the start of the season, Devin was our only captain, so all of the seniors kind of stepped up to be leaders with the underclassmen and all the new freshmen,” Kasey said. “So even now with Gabby being a captain as well, I think we all just still step up and show leadership. We all want to make sure everyone is following what they say and what the coach is saying.”

Kiley came to the Rams with plenty of lacrosse experience, having played several years in Tewksbury Youth leagues. She also played soccer, basketball, softball and any other sport possible growing up, and is now a member of the Shawsheen volleyball and basketball teams.

“Kiley came to us with a high level of athleticism and lacrosse-IQ. She played HGR club lacrosse for years before she took the field at Shawsheen,” O’Reilly said. “That experience with higher level of play shows in Kiley's performance on the field, and she has continued to grow from that level over the past two years with us. She has slowed down her game in a positive way. She still plays with urgency but displays a higher level of control than what she originally played with. She is methodical on offense and defense and works smart.”

While Kasey is a force to be reckoned with on defense, Kiley is equally as much of a force on offense, joining Kerry Brown and Sweeney to provide a powerful scoring punch in the Rams midfield.

“Kiley is a very strong athlete both physically and mentally. She is a force on offense contributing both goals and assists consistently during games. She doesn't hesitate to communicate what she sees on the field, with her coaches during games,” O’Reilly said. “This has been very beneficial to our team's success this season. We had an instance during our game against Mystic Valley where Kiley was able to stall and maintain possession of the ball for almost four minutes. This was huge for our team, especially during a game that carries high stakes like that.

“There are not many players who could carry out a stall like that so successfully, never mind for that extended period of time. We were able to get a goal from this as well, and it was an exciting moment that truly encompasses Kiley's admirable skills and mindset.”

While Kiley of course enjoys scoring goals to help the team win, as well as helping to set up Brown and Sweeney, what she really enjoys about playing midfield is being able to be a part of both the Rams offense and defense.

With the Rams off to such a strong start, it is almost impossible to not look ahead to what the rest of the season and the post-season could hold for the team. While not getting ahead of themselves, both the McFadden sisters hope for big things for the Rams the rest of the way.

“Hopefully we can win a (league) championship. We want to keep the ride that we are on right now,” Kiley said. “I want to keep that going. I know we have tough competition coming up, but it is nothing we can’t handle.”

Kasey added, “Last year was great and was so awesome, but we didn’t have the real (state) tournament, but now we are back and it is the real deal, and I really want the (league) championship. To be able to close out my career at the end of my four years with a championship would be incredible. If not, that is totally fine, because this is such a great group of girls, but winning a championship would definitely be the icing on the cake.”

However far the Rams do go this season, Kasey will be graduating from Shawsheen in June and will be attending Coastal Carolina University in the fall, where she will major in nursing. Kiley meanwhile, will continue for one more year at Shawsheen where she is in the electrical program.

Wherever their futures may take them, O’Reilly is confident that both siblings will be very successful.

“Both Kiley and Kasey routinely make the Honor Roll. They are members of the National Honor Society and they both participate in various extra-curricular activities throughout the school year,” O’Reilly said. “They are fantastic examples of what it means to be a student-athlete. They are successful in the classroom, on the field, and in other aspects of their life. They do a great job balancing school, work, sports, and fun. They are quick to offer help to anyone in need, and they take care of teammates on their good days or their not-so good days.

“Kasey and Kiley are already doing great things in their life and I can't wait to see what they build for themselves in the years to come.”