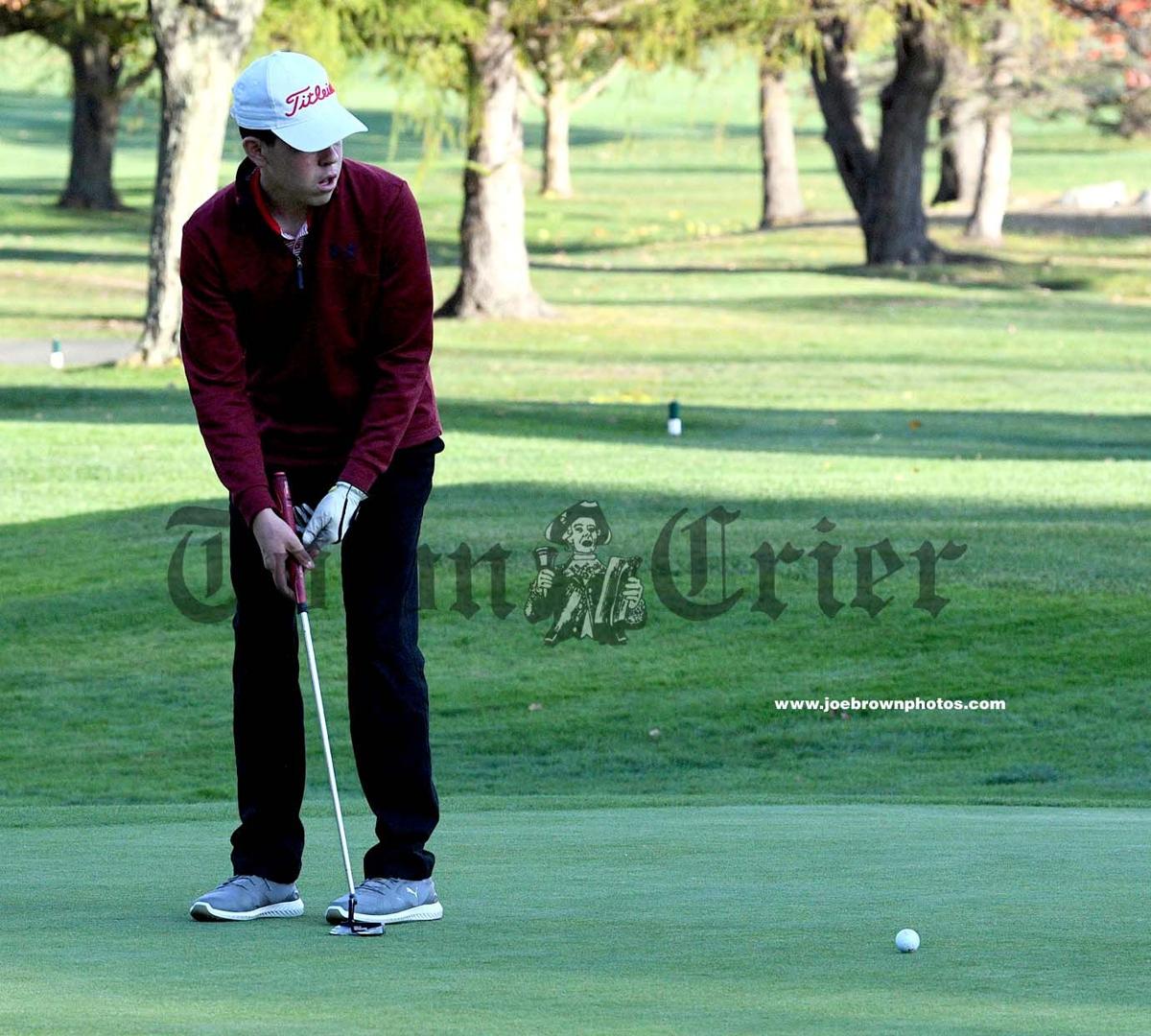 TMHS Golfer Joe Pazyra tries to finish off his putt during the team’s match held last Wednesday. (photo by JoeBrownphotos.com). 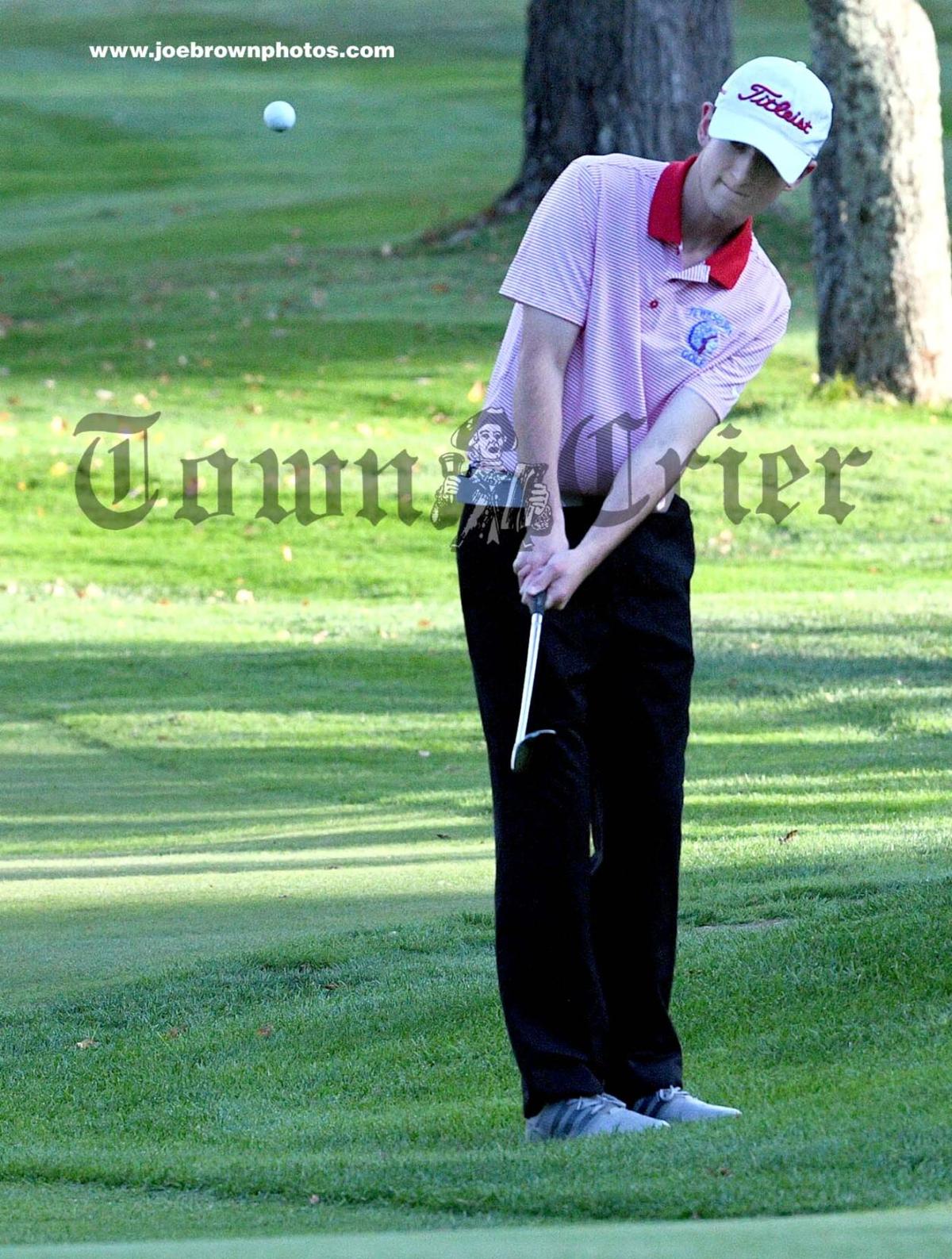 TMHS Golfer Joe Pazyra tries to finish off his putt during the team’s match held last Wednesday. (photo by JoeBrownphotos.com).

METHUEN – It was a light week of action for the Tewksbury High Golf team. After having three matches the week before, the Redmen took to the course just once the past week, suffering a pair of losses to MVC rivals Lowell and Haverhill in a tri-meet held at Mount Pleasant Golf Course in Lowell last Wednesday afternoon.

One day after picking up their first win of the season over Dracut, the Redmen fell to powerhouse Haverhill by a score of 238-256 and then narrowly dropped a 254-256 decision to a talented Lowell squad.

While disappointed with the loss, which dropped his team to 2-5 on the season, Tewksbury coach Jim Sullivan was happy with the effort his team put up in battling two of the better teams in the MVC.

“Haverhill and Lowell are both traditionally very strong MVC golf programs,” Sullivan said. “Overall, it was a good day for us on the course, with good scores up and down the lineup, which were much improved from where our scores have been here at Mount Pleasant in the past few years. At 256, that's an average of 42.6 over the six players whose scores that we used, which was very good overall, it just didn't show in the match scores against both Haverhill and Lowell.”

The Redmen were led by the efforts of senior co-captain Anthony Pecci , who carded a 38 from the number one slot in the Tewksbury lineup. Fellow senior John Beatrice followed with 41, providing the Redmen with exactly the kind of efforts they are going to need for the rest of the season in the MVC.

The Redmen also got some strong efforts from the middle of their lineup with juniors Andrew Della Piana John Ragucci carding a 42 and 43, respectively from the number three and four spots in the lineup

“It's great to see our top two returning players paying so well in Pecci and Beatrice, who played at the top of the lineup last year and have continued that strong play once again this year,” Sullivan said. “Andrew continued his strong play this season with another top three score for us, while fellow newcomer, Ragucci stepped up his game with a 43 to factor into the team total today as well.”

Senior co-captain Sam White fired a 43 for the Redmen, while fellow senior Joe Pazyra chipped in with a 49.

The schedule doesn’t get much easier for the Redmen, but it does get a little busier, as they will host Dracut on Wednesday at Trull Brook as the Town Crier is going to press, before hitting the road to take on Chelmsford and North Andover on Thursday at Chelmsford Country Club.

“Overall, it was another great day of having the opportunity to be out on the course, playing golf and competing and participating in a game that they enjoy for their teammates, their school and peers,” Sullivan said of last Wednesday’s match. “We look forward to continuing to be able to play next week in two more matches.”