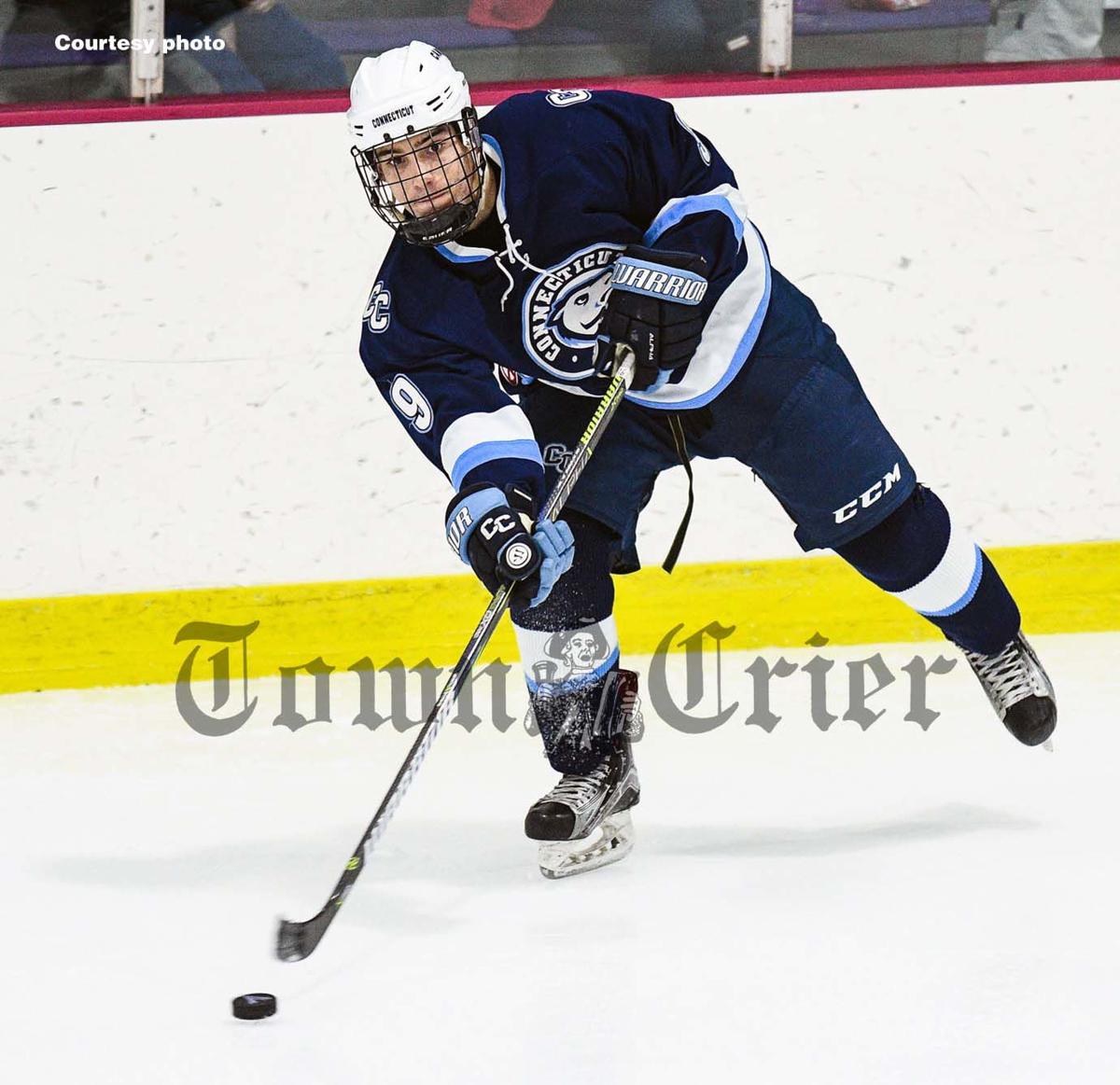 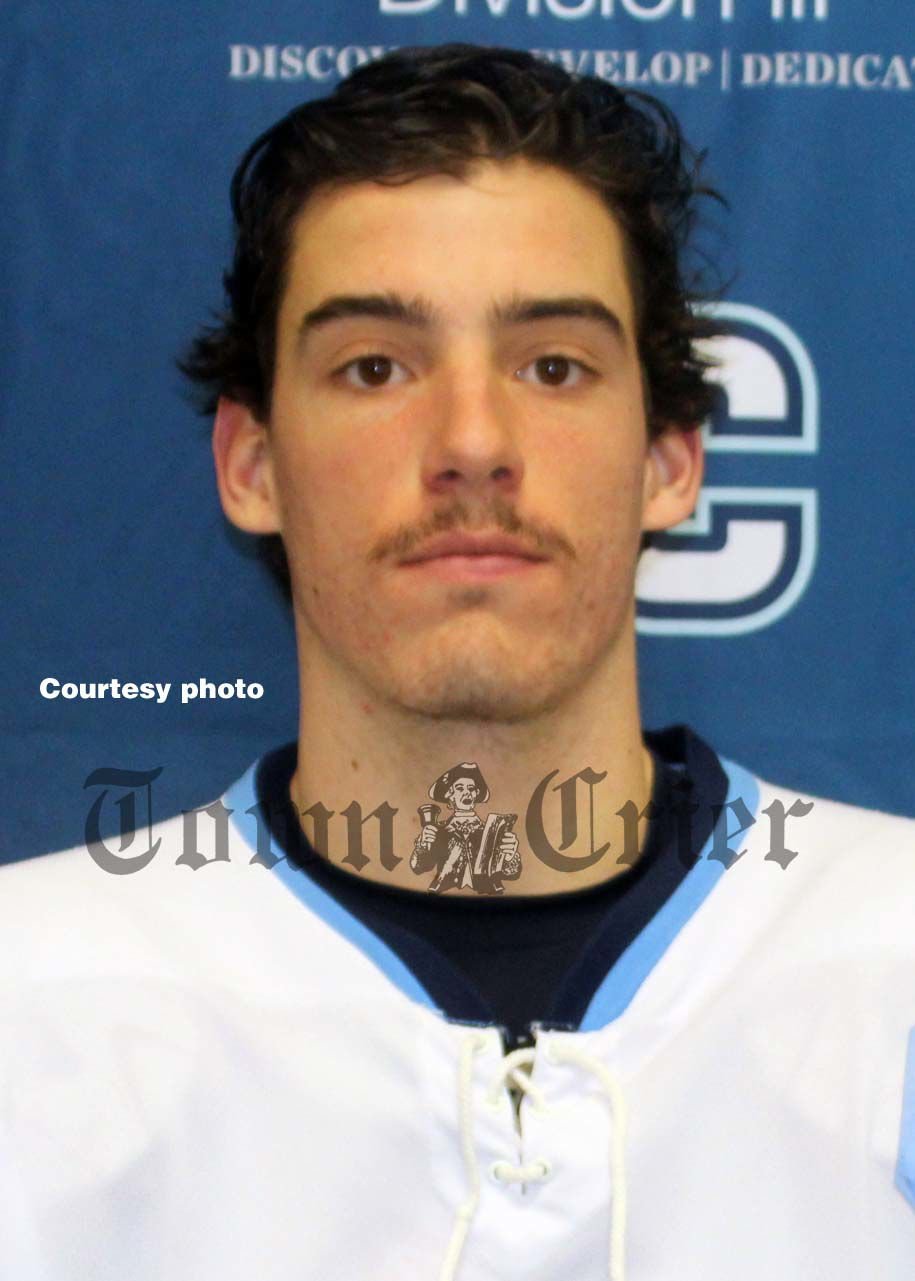 TEWKSBURY – For the second time in less than a year, a Tewksbury resident will be playing professional hockey.

And for the second time in less than year, a Petti Brother will be playing professional hockey.

Last March, Derek Petti signed a contract with the Adirondack Thunder, the ECHL Affiliate of the NHL New Jersey Devils organization. He played in four games, was brought back for camp this past September but was released.

On Monday night, it was announced that his younger brother and former linemate at Tewksbury Memorial High School, Ryan Petti, has signed a one-year contract, with an option for a second, to play professionally in France as part of the Meudon Cometes, a Division II professional organization, located ten minutes outside of Paris.

"It's crazy to think that I'll be getting paid to do what I love," he said. "It starts August 17th, so I have the summer to have fun and get ready for the season."

Petti will have some time to gear up for his next challenge on the ice, but perhaps his biggest challenge will be the language barrier.

"I can't speak a lick of French, so I will definitely have to start learning," he said with a laugh. "There are four other American players that will be going over there, so that will help with the adjustment. At the end of the day, this is going to be an amazing experience where I can continue playing hockey in a new place."

For the past four years, Petti has played at Connecticut College. This season, he served as a captain and led the team in goals with 13, points with 22 and was second on the team with a plus-9 rating.

He helped the team finish with an 11-12-2 record, the best mark in his four years. The team competed in the NESCAC playoffs, losing in the first round to Williams, 3-2.

"Ryan Petti is one of the most complete college hockey players I have coached in my coaching career,” said Connecticut head coach Jim Ward. “Ryan's compete level, drive and resolve has brought him success and results over the course of his playing career to date. He is difficult to play against and I would say that he is the best two-way center in the NESCAC men's Ice Hockey Conference.

“He finished this season as the leading scorer on our team and among the top scorers in league play. He plays a key role on our special teams and works on his game every day. He has done all of this and did not take one penalty this year earning him a spot on the ALL-NESCAC Sportsmanship team this year.”

Before Connecticut, Petti spent four years at TMHS and then did a post-grad year at Phillips Exeter. At Tewksbury, he was a three-time Merrimack Valley Conference selection and the MVC/DCL Division 2 and Lowell Sun Player of the Year as a senior, which included finishing with 51 points, which ranked 11th in the entire state. That same season, Petti broke the program's all-time scoring mark which had been held for almost 30 years by Derek Doherty, and ended up with 146 points.

After Petti turned in his Redmen uniform, he did the year at Exeter, before finding a real comfortable home at Connecticut.

"My four years at Connecticut College were the best four years of my life," he said. "I had the greatest teammates who will be my best friends for life. Coach Ward and Coach (Joe) Giordano put me in every situation to be successful, on and off the ice. I was fortunate enough to possess a very important role within the team, and I never took that for granted.

“My favorite memory during my time was beating the No. 1 team in the country (Trinity College) on a Friday night in front of a packed home crowd. The energy in that building mixed with the anxiety of holding a 1-0 lead the whole game was incredible."

After losing to Williams and knowing that his collegiate career was over, Petti had some decisions to make. He wasn't ready to pack away his skates just yet.

"After that loss to Williams, I was really upset," he said. "I couldn't imagine that being the last game I would ever play. I considered all options when deciding what my next steps would be. I had a coaching offer and multiple job offers, but I knew I wasn't done playing just yet. I was put into contact with Chris White of International Hockey Management, and he started working the phones.

“Because one of Derek's friends played in France last season, I was able to pick his brain and learn more about the country. I told Chris I wanted to be in France for the experience. He came back with interest from Meudon and I started looking into it. After talking with their coach, I knew this was the perfect fit."

Petti was asked about the Cometes.

“They have invested tons of resources into the organization. They have brand new apartments for the players, and they are opening their brand new rink this fall. It is an exciting time and I am excited that I will be a part of it."

Ward is obviously disappointed that he is losing his top scorer and leader, but certainly thrilled knowing Petti is advancing his game to the professional level.

“(Besides all of the hockey accolades) more importantly, Ryan is a great person,” said Ward. “His work ethic, integrity and grit makes him an ideal role model and was a unanimous choice when the team voted him as captain. He is the type of student-athlete who makes a coaches job easier. Ryan has set a high standard for all that he does. He has been an ALL-NESCAC Academic Team member for the past three years.

“He has had few job offers in the world of finance so he will have that to fall back on when his hockey career is complete. I am proud of Ryan and his accomplishments. I am very happy for him as he gets to pursue his dream of playing professional hockey. He is a wonderful young man and I am a better person and coach after working with him for the past four years.”