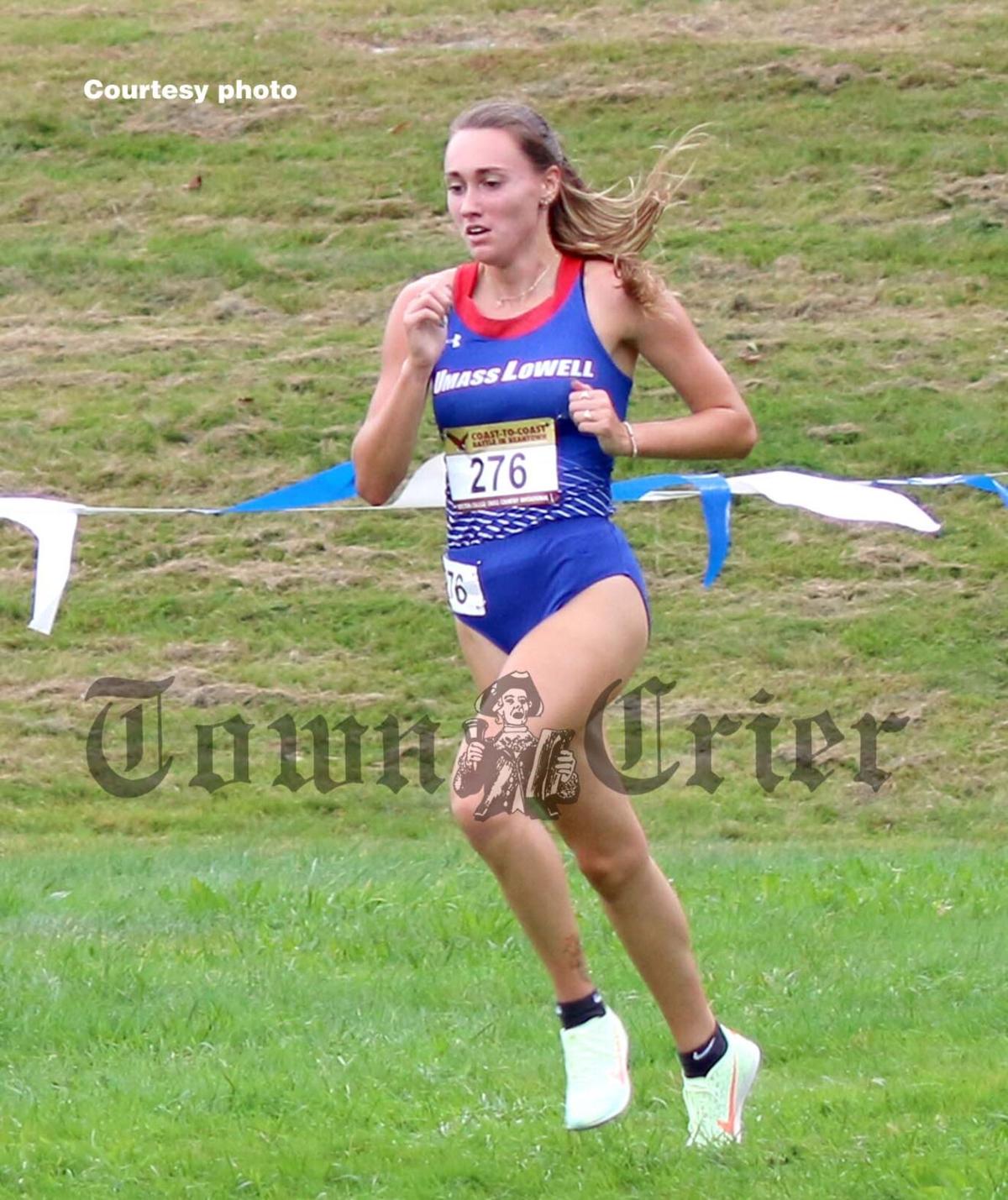 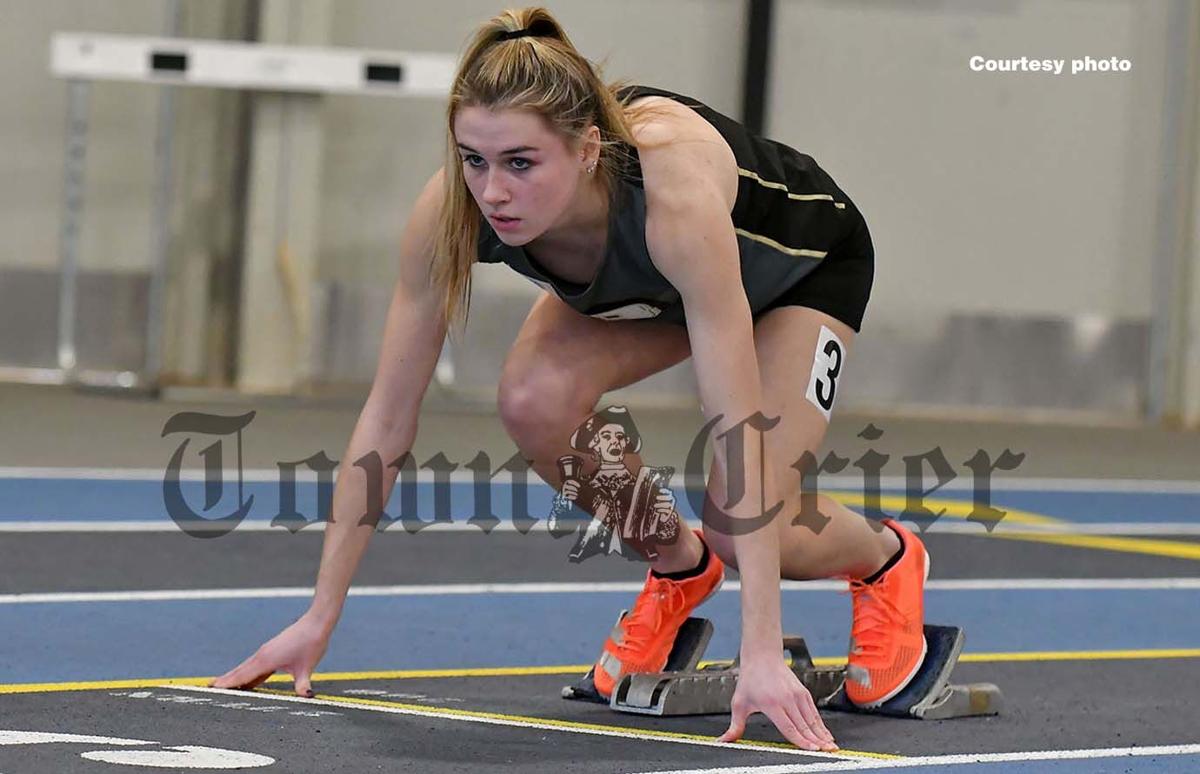 Wilmington resident Emma Garrity broke the 500-meter record this past week as a member of the Bryant University women’s track-and-field team. (courtesy photo/BU). 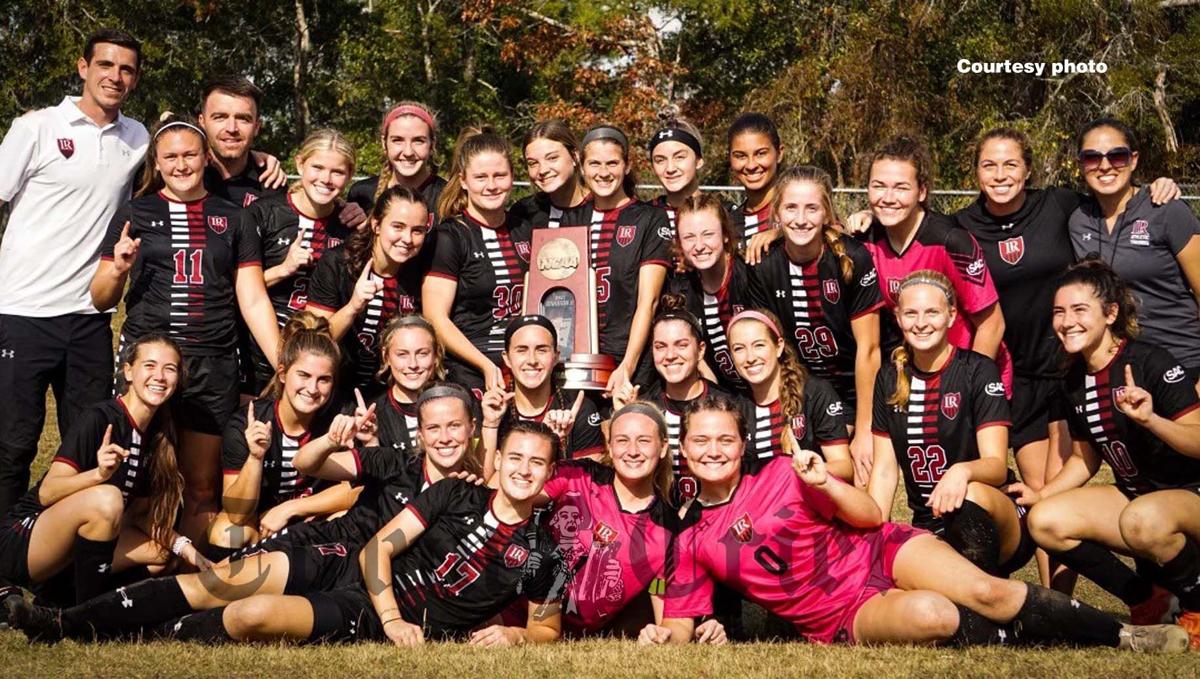 Wilmington resident Emma Garrity broke the 500-meter record this past week as a member of the Bryant University women’s track-and-field team. (courtesy photo/BU).

LOWELL — Coming off a tremendous Cross Country season where she led her team to their second consecutive America East Conference Championship, UMass Lowell graduate student Emily Sessa of Tewksbury, and the River Hawks kicked off their Indoor Track season in fine style this past weekend, at the Boston University Sharon Colyear-Danville Season Opener

Just as she did in the Cross Country season, Sessa led the way for her River Hawks teammates, setting a new UMass Lowell record in the 3,000 meters while earning a tenth place finish in a field of 53 runners time of 9:23.32.

"It was great to get the indoor season started," remarked Head Coach Gary Gardner. "We had some outstanding performances today and it was extra special with this being our first full indoor meets in two years."

On the men's side, for UMass Lowell junior John Riley (Quincy, Mass.) had an impressive showing of his own, running a 14:02.26 pace in the 5,000-meters at the Alden Invitational to register the third-fastest men's time in the event in school history.

"Emily set the school record in the 3,000-meter and John ran the third-fastest 5K male in school history," commented Gardner. "I can't wait to see what this team is capable of. Today was just a glimpse."

The Lancers and the Pride traded buckets for most of the first stanza as the score was knotted at 11-11 with 3:55 remaining after Emma Found (Wakefield, Mass.) knocked down a three for the visitors. On the next possession, Hourihan dumped it in to Angela Czeremcha (West Springfield, Mass.) for an inside lay-in, which sparked a 10-2 run for the Pride to close the quarter. Dzindolet capped off the scoring run with a three pointer in the corner to make the score 21-13 after one.

The Lancers would cut it to 21-16 with an three from Katie Hurynowicz (Tyngsboro, Mass.) with 8:46 on the clock but that would be the closest margin of the first half as the Pride would expand its lead to 28-18 with a triple on the wing by Daubon off the kick out from Vinton. With 1:18 to go, Elizabeth Gallella would sink a three for Worcester to bring the game to a 34-27 margin, however, a tip in from Amanda Carr (West Haven, Conn.) and a pair of free throws Stephanie Lyons (Boston, Mass.) would allow Springfield to enter halftime with a 38-27 lead.

The visitors would outscore Springfield 21-15 in the third quarter as the Pride committed seven turnovers. After Wentland scored inside at 9:07 to make it a 13-point contest, the Lancers used an 8-0 push over the next 3:30 to pull within 42-37 on a putback by Elizabeth Gallella. Despite pushing their lead back to eight on five occasions, Springfield would head into the final 10 minutes of play with a 53-48 edge as Erin Gallella canned a triple with 1:14 left in the third.

Hanging on a 57-52 advantage with 7:13 remaining in regulation, Wentland took the game over and spurred a 12-3 push as she produced two three-point plays, buried a trifecta from the wing, and handed out a pair of assists to help the Pride's cushion balloon to 69-55 just over two minutes later. Vinton, who herself netted nine points in the frame to go along with five steals, finished in transition following her ninth swipe of the game inside the final minute to give the Pride a 21-point lead which would later result in a 79-60 victory.

The Bryant Women’s Indoor Track and Field team also opened up their season this past weekend at the Alden Invitational in Providence, Rhode Island, and junior Emma Garrity of Wilmington wasted very little time in getting her season off to a great start, winning the 500 meter event, while setting a school record and qualifying for the NEICAAA meet in the process with a time of 1:16.30.

Norwich University junior forward Julia Masotta of Tewksbury team was named the New England Hockey Conference (NEHC) Player of the Week for the second time this season on Monday.

Masotta scored three goals on the weekend, including both game-winning goals to lead Norwich to a six-point weekend sweep of Salem State and Southern Maine.

Masotta leads Norwich with 12 points on the season and helped the Cadets extend their NEHC unbeaten streak to 56 straight games with the pair of victories.

The magical season continued this past weekend in Pensacola, Florida for Wilmington’s Stephanie Figueiredo and the Lenoir Rhyne Women’s Soccer team, as the Bears won two more big games in NCAA Division 2 Tournament to advance to the program’s first ever final four.

The Bears historic weekend began last Friday night when, for just the second time in program history, they captured the Southeast Regional Championship by beating fourth seeded Flagler in regional finals. The Bears advanced by winning 4-2 in penalty kicks after the match ended in a 1-1 draw.

Just as she had in the Bears first round win over No. 10 Catawba, Figueiredo played a huge part in the Bears win, scoring one of the penalty kicks to help her team advance to the Elite Eight where they took on No. 5 seed Florida Tech on Sunday afternoon with a trip to the final four on the line.

On Sunday, it once again took penalty kicks to decide a winner, and once again the Bears prevailed, advancing 4-3 on penalty kicks after playing to a 1-1 draw. With the win, the Bears earned their first ever trip to the Final Four, where they will take on No. 1 seed Grand Valley State on Thursday night in Colorado Springs, Colorado.

Lenoir-Rhyne is the only No. 7-seed remaining in the tournament. All of the other teams in the Final Four are No. 1 seeds. The Bears have upset the No. 2, 3, 4 and 5 seeds during this tournament run.