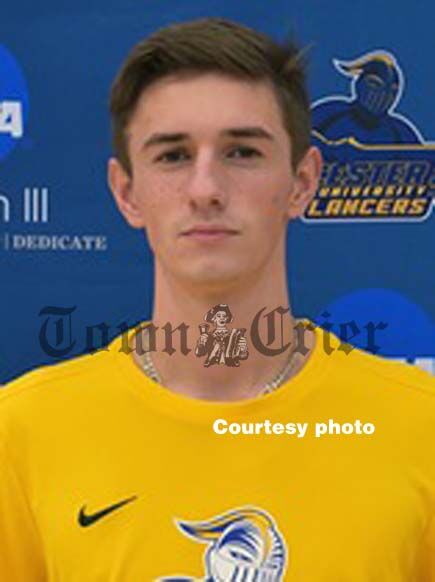 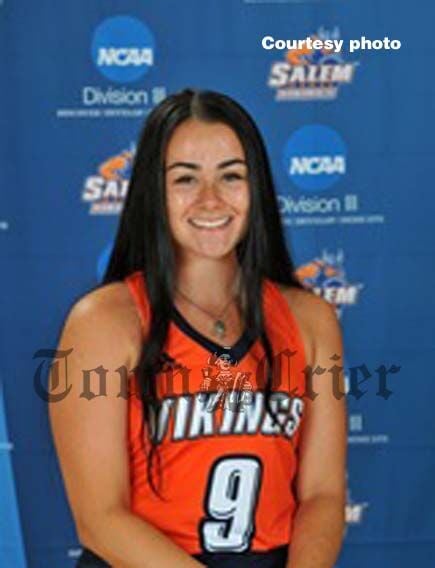 Finally! Finally, finally, college sports are (for the most part) back, both all around New England, and around the country. Which means that the Town Crier’s College Roundup is also back, taking a look a some of our local athletes who have taken their talents to the next level.

Our first installment of the series is listed below, and as usual there are several local stars doing their home town proud. Here’s hoping for continued uninterrupted seasons, and continued success for our local athletes.

Worcester State senior midfielder Alex Papageorgiou has played in all three games of the early season for Lancers, starting in two of the contests. Papageorgiou has yet to find the back of the net this season, but he had a team high three shots in a 1-1 tie against Mitchell College back on September 8.

Worcester State junior forward Haley Mignon has played in all three games for the Lancers to start the season, putting three shots on net thus far. Mignon is back with the Lancers after a freshman season in 2019 where she was second on the team with six goals and third with 14 total points.

Junior outside hitter Kerry Shea and the Emmanuel Saints opened their season on Saturday with a 3-1 loss to Elms College. Shea got the start in this one, playing al four sets, picking up four kills to go along with eight digs.

She is coming off a freshman season in 2019 where she played in 11 matches, notching 23 kills and 22 digs to go along with three blocks.

Fitchburg State graduate student Lauren Ricciardi is off to a great start to the season for the Falcons. Five matches into the season, the middle hitter leads the Falcons in digs with 50 and blocks with 16, while also being tied for the team lead in kills with 23. This comes on the heels of her junior season in 2019 where she had 109 kills and 111 digs.

Despite the back to back losses, Lamothe played very well on the day, coming up with 13 digs in the Farmingdale match and another five against Rhode Island College. That continued a trend for the entire season for Lamothe, who is fifth on the team in digs with 41 after having a team high 224 in her sophomore year of 2019.

Salem State senior midfielder Allison Couillard had the Vikings lone goal of the game in a 3-1 loss to Worcester State on Saturday. It was the second goal of the season for Coulliard, who also scored and added an assist in the Vikings season opening 3-1 win over Lasell back on September 2.

Couillard is coming off a sophomore season in 2019 where she had nine goals and five assists for 23 points.

Fitchburg State freshman forward Alexis Raymond is adjusting well to the college game, having already earned herself a spot in the Falcons starting lineup. While Raymond hasn’t gotten on the scoreboard yet, it seems like just a matter of time, following a high school career where she was selected to the all MVC team of the All-Conference team, while also earning team MVP honors in field hockey.

Senior Holly O’Leary and The Saint Anselm College Women's Cross Country team placed third in a crowded field at the 39th annual Philip J. Shacklette Invitational on Saturday. O’Leary did her part for the Hawks with a 36th place finish in a time of 26:19 over the 6K course.

The University of Massachusetts women's cross country placed third of six teams at its own Ken O'Brien Minuteman Invitational this Saturday morning at the UMass Cross Country Course. Grad student Lily Robinson was a big part of the strong finish for UMass, finishing 14th in the field of 82, crossing the finish in 18:06. The Minutewomen posted a score 96, finishing behind UConn (29) and Boston College (35).

UMass had opened their season back on September 4 with a first-place showing at the Vermont Invitational, scoring 31 points to finish ahead of Vermont (42), Northeastern (74) and UMass Lowell (80). Once again, Robinson was a key to their success with a fifth place finish in a time of 18:31.50 in a field of 51 runners.

Junior Caitlin Conneely and the Worcester State Women's Cross Country team earned a sixth place finish at the Keene State Early Bird Invitational back on September 2. Conneely finished third among Worcester State runners in a time of 13:00. The two-mile course, located at the Owl Athletic Complex (Keene, NH), was the first race for women's cross country since the fall of 2019.

Worcester State senior co-captain Patrick Carleton got his season off to a fine start at the Keene State Alumni Meet back on September 2. The meet, held at the Owl Athletic Complex (Keene, NH) kicked off the Lancer's 2021 season.

Carleton earned a sixth place overall finish for the Lancers, finishing in a time of 16:10, helping Worcester State to a fourth place finish among eight teams in the field.