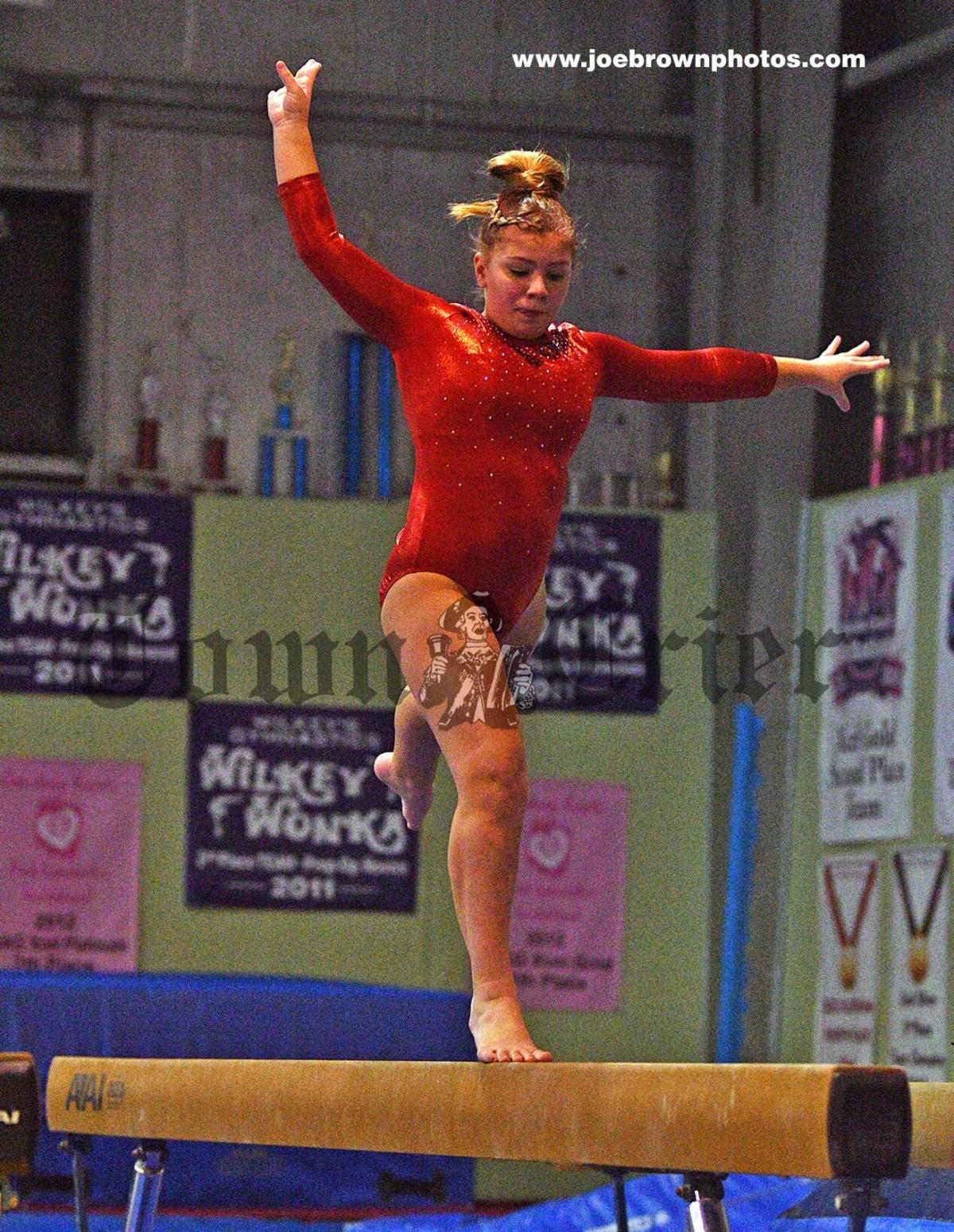 Abby McCarthy works on her routine on the balance beam (photo by JoeBrownphotos.com). 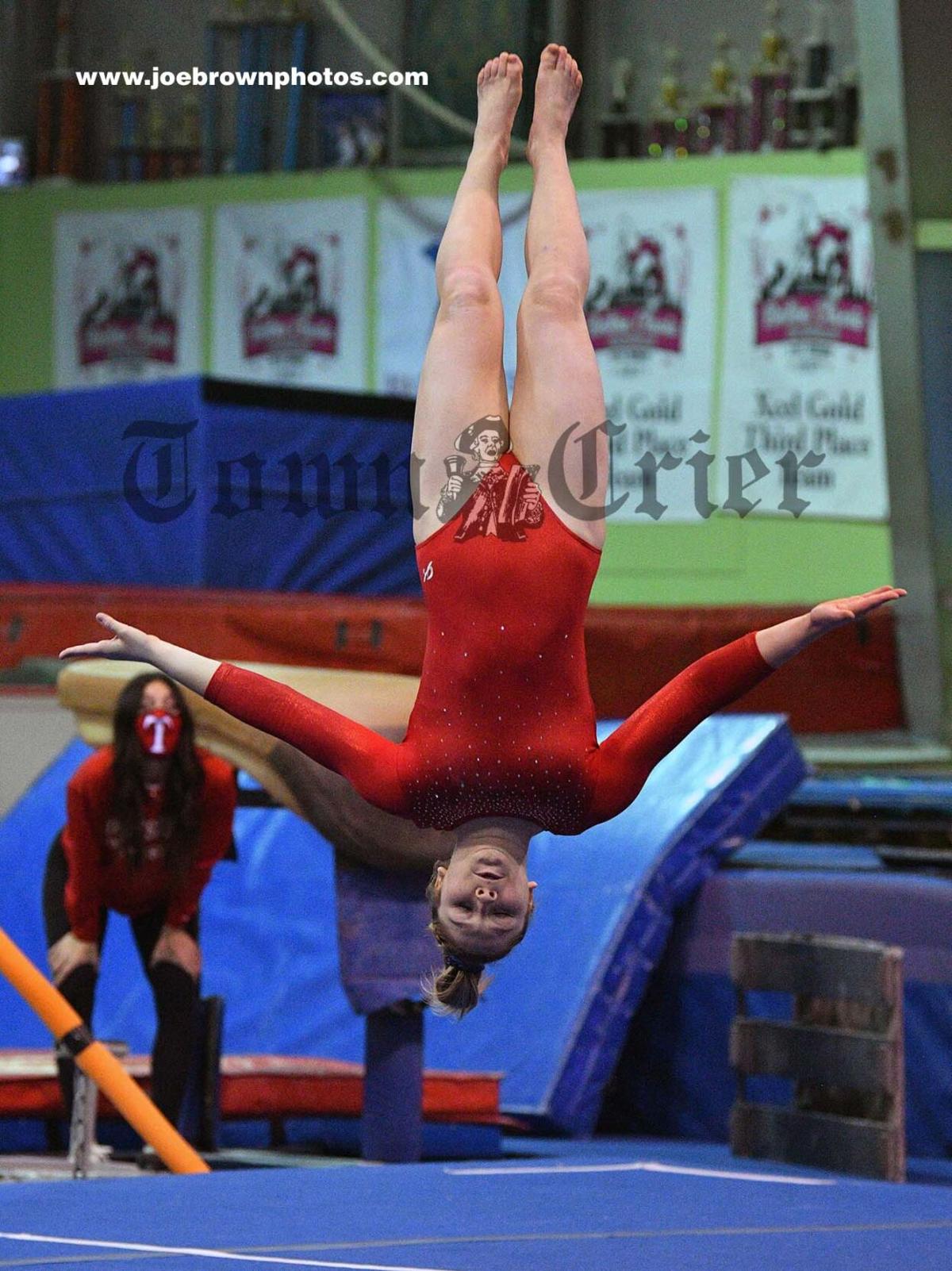 Amanda Ogden flies through the air during her floor exercise routine for the TMHS Gymnastics team during an earlier season home meet. (photo by JoeBrownphotos.com).

Abby McCarthy works on her routine on the balance beam (photo by JoeBrownphotos.com).

Amanda Ogden flies through the air during her floor exercise routine for the TMHS Gymnastics team during an earlier season home meet. (photo by JoeBrownphotos.com).

TYNGSBORO – Head coach Jessica Wilkey is not sure when the last time, or if it has ever happened before.

Last Wednesday night at Absolute Gymnastics Academy, the Tewksbury Memorial High School Gymnastics coach witnessed either program history or something that hasn’t been done in many years.

She was ecstatic after watching her gymnasts put forth the best performance of the year, while beating the powerful Chelmsford/Billerica/Tyngsboro squad 134.3-130.75.

Last year, C/B/T finished 8-0 in the regular season and captured the MVC Division 2 league and league championship meet for the second year in a row scoring 141.450 points. The team was led by Lily Hoyt, an outstanding gymnast on her own, who was fourth in the all-around competition.

In last week’s meet, Hoyt was once again very strong in her events with a 9.3 on vault, a 9.05 on the balance beam, an 8.3 on the floor and a 7.5 on the bars, but on the other side, the Redmen had many outstanding performances, led by sophomore Amanda Ogden.

"Amanda knocked it out of the park tonight," said Wilkey.

Ogden, who last year was third in the all-around after two years before that being crowned the MVC vault champion as an eighth grader, finished tops in the all-around competition in this meet against the tri co-op team. She was the top gymnast on the night with the floor exercise (9.3) and bars (9.0). She was also extremely strong with a 9.05 on the balance beam and an 8.9 on the vault.

Bella Schille, who was last year's MVC Champion on the balance beam, also had a tremendous night. She scored a 9.45 on the beam, an 8.8 on the floor and an 8.6 on the vault.

"Bella had an amazing performance on the beam. That was her highest score of the season. She just has been consistent," said Wilkey.

"Jaden's vault was amazing and she was also solid on the floor. Julianna had her best score of the season on the vault. Maddie is getting better on the bars. Alexis is racking up points for us on the bars and beam. Just a great win for the team. I am so, so proud," said Wilkey.

On Saturday afternoon, those same two teams will meet again as part of the MVC Tier-2 Playoff Cup. The meet will begin at 4:30 pm at Wilkey’s.