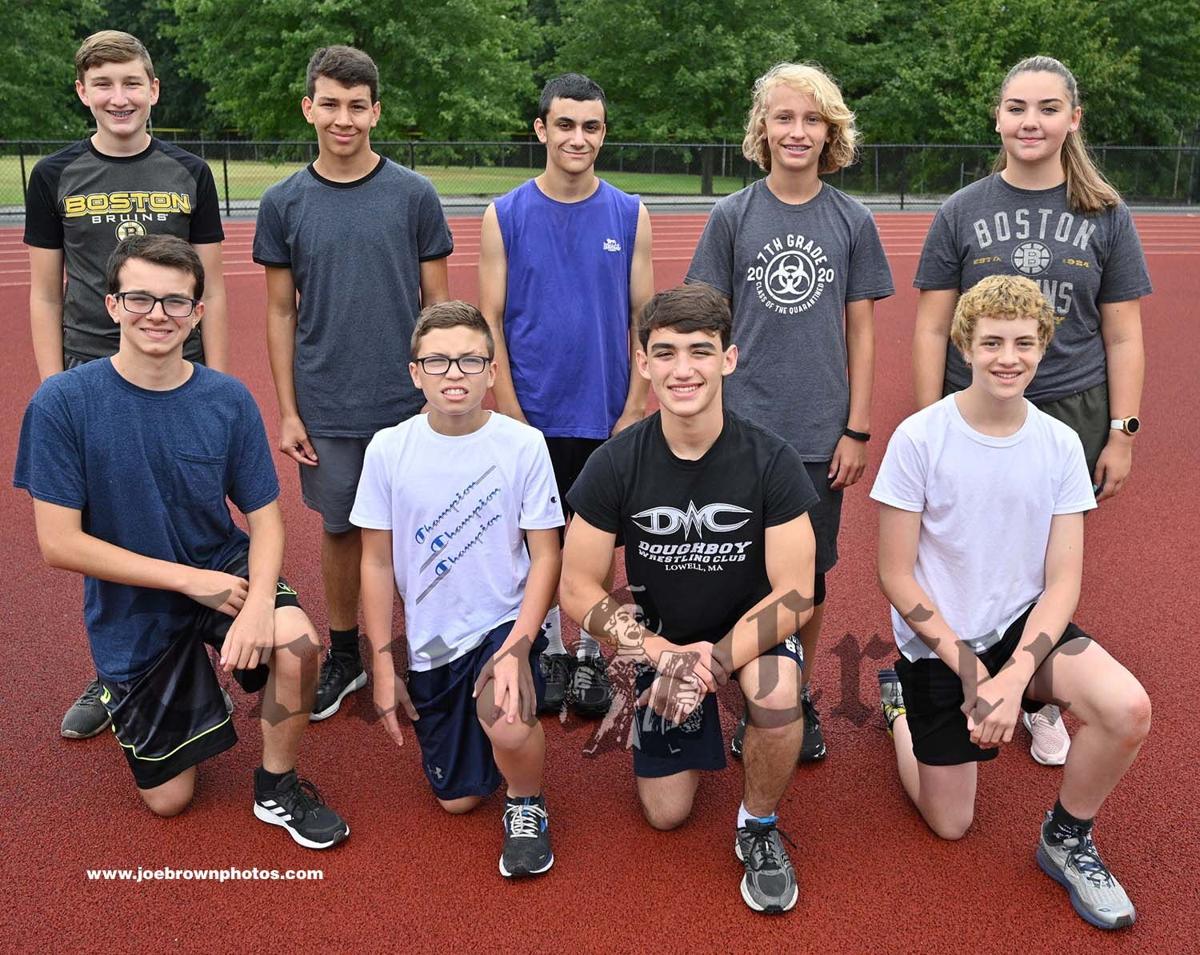 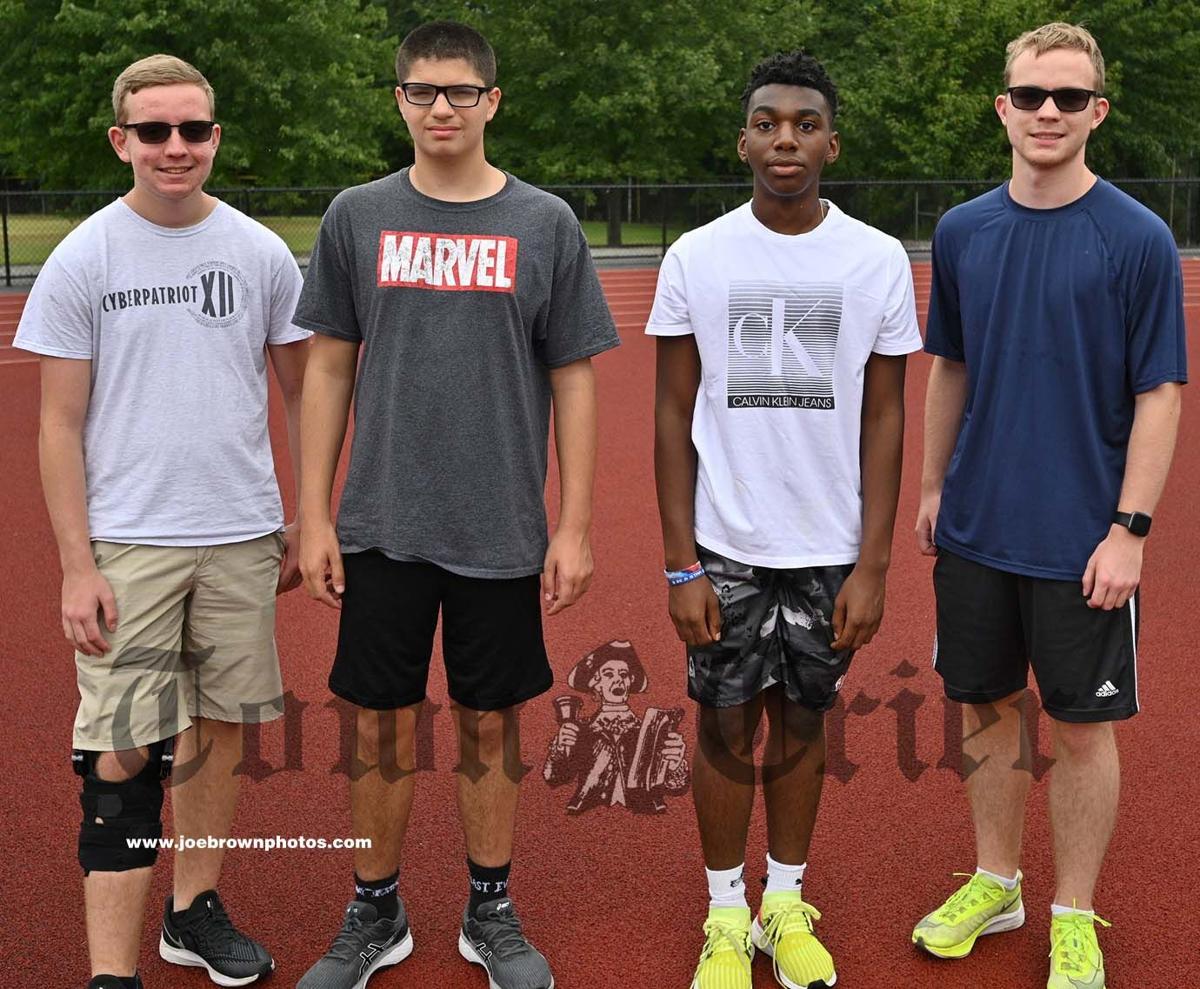 The four members of the Shawsheen Tech Boys Cross-Country team who reside in Wilmington include from left, Logan Pyles, Danny Watne, Donald Alphonse and Connor Pyles. (photo by JoeBrownphotos.com).

The four members of the Shawsheen Tech Boys Cross-Country team who reside in Wilmington include from left, Logan Pyles, Danny Watne, Donald Alphonse and Connor Pyles. (photo by JoeBrownphotos.com).

BILLERICA – With a 3-3 record last season, the Shawsheen Tech Boys Cross Country team went toe to toe with some of the best teams in the Commonwealth Athletic Conference, picking up some big wins along the way, while also narrowly missing out on a couple of other potential wins.

The Rams will be hoping to improve on that .500 record this season, but it will be no easy task after losing their top three runners from last year’s squad, with Alex Smith, Paul Tower and Sam Quattrocchi all having graduated, with Smith moving on to run for Suffolk University.

On the positive side for the Rams, while they lose their top three runners, they bring back a solid core of runners from last year’s squad, each of whom has improved in the off season and will be looking to fill the very large shoes left behind by the departed tri-captains.

Led by senior Joe D’Ampolo of Tewksbury, along with fellow Tewksbury senior Adam Ippolito, junior Ben Hollenbeck and senior Victor Lam, the Rams will be looking to their depth to pull out some wins this season.

While Shawsheen coach Pat Kelly knows that replacing the high end talent will be very difficult, he likes what his returning leaders are bringing to the team in the early going.

“I don’t think it is possible to replace that kind of talent. They were great. They were some of the top runners in the league,” Kelly said. “But we bring back a good group, starting with Joe, who had a very good season last year. And Adam came into camp in great shape, as did Kevin Ippolito (no relation) as well as Victor Lam. So, we have some guys who trained hard over the summer and definitely look good now. Ben Hollenbeck is another one who worked hard in the off-season.”

Hollenbeck is coming off an outstanding spring track season, where he was among the Rams top two milers, and the Rams coaching staff will be looking to see him continue that trend in cross country.

“Ben has come a long way,” said assistant coach Dan Dirazio. “We will see how he holds up during the season, but I only expect him to get better as the season goes on.”

The Rams also have several other returning runners they will be looking to get contributions from, including sophomore Will Biscan of Wilmington, as well as the Pyles brothers of Wilmington, with senior Connor and sophomore Logan also expected to chip in some points. Senior John Zembeck will also be counted aid the Rams cause.

Several young new runners will also be counted on as the season goes on, including sophomore Danny Watne of Wilmington, freshman Jason Lombardi and sophomore Joseph Lombardi, along with freshmen Noah Brooks and Sean Morgan, all of whom are from Tewksbury.

“We have a lot of kids who are new to it, but they are adapting. We have only been practicing for a week, but we have been impressed with what they have been able to accomplish,” Kelly said. “They are sticking with it. They are staying headstrong, and overcoming the pain and newness of the sport. There is a lot of potential there.”

D’Ampolo, Adam Ippolito and Lam will serve as tri-captains for the Rams, and Kelly is confident that if the rest of the team follows their example, they will perform very well.

“Joe is a natural leader. The second you talk to him, you just know. He is always asking, how can I help, and what can I do to make myself better and the team better,” Kelly said.

“His leadership style is so infectious. He circulates among the kids, especially the underclassmen,” Dirazio added. “He goes out of his way to make them feel welcome, which is so important.”

Ippolito and Lam have also shown themselves to be fine leaders in the early going of the season.

“Adam and Vic both had their struggles freshman year, and even sophomore year. But the two of them lead by example. ‘What do you need coach?’ ‘Yes sir’. What can I do for the team? Who can I help?,” Kelly said. “When I announced the captains, as I told the rest of the kids, these guys weren’t the best on the team as freshman, but they are going to work their butts off to become the best they can be. You will see when you watch them that they are going to be great leaders for us.”

“When you talk about team leaders, these guys are a great example,” Dirazio added. “They just don’t quit. They are always there for us. Whatever you need, they are willing to do it.”

With several tough teams on the Rams schedule, Kelly will be looking for not only his returning runners, but for his entire roster to step up their game this season.

“Essex is usually good and Greater Lawrence always has a strong boys team,” Kelly said. “Greater Lowell and Lowell Catholic will also be good, so the schedule will be a challenge. We’re hoping to get off to a fast start. Right out of the gate we have a tough matchup with Whittier on Wednesday (results unavailable as press time), so we will take it one meet at a time.

“That’s how we will look at it. We know Whittier will not roll over for us. They are going to be a big challenge. Like any team we are looking to start off with a win.”