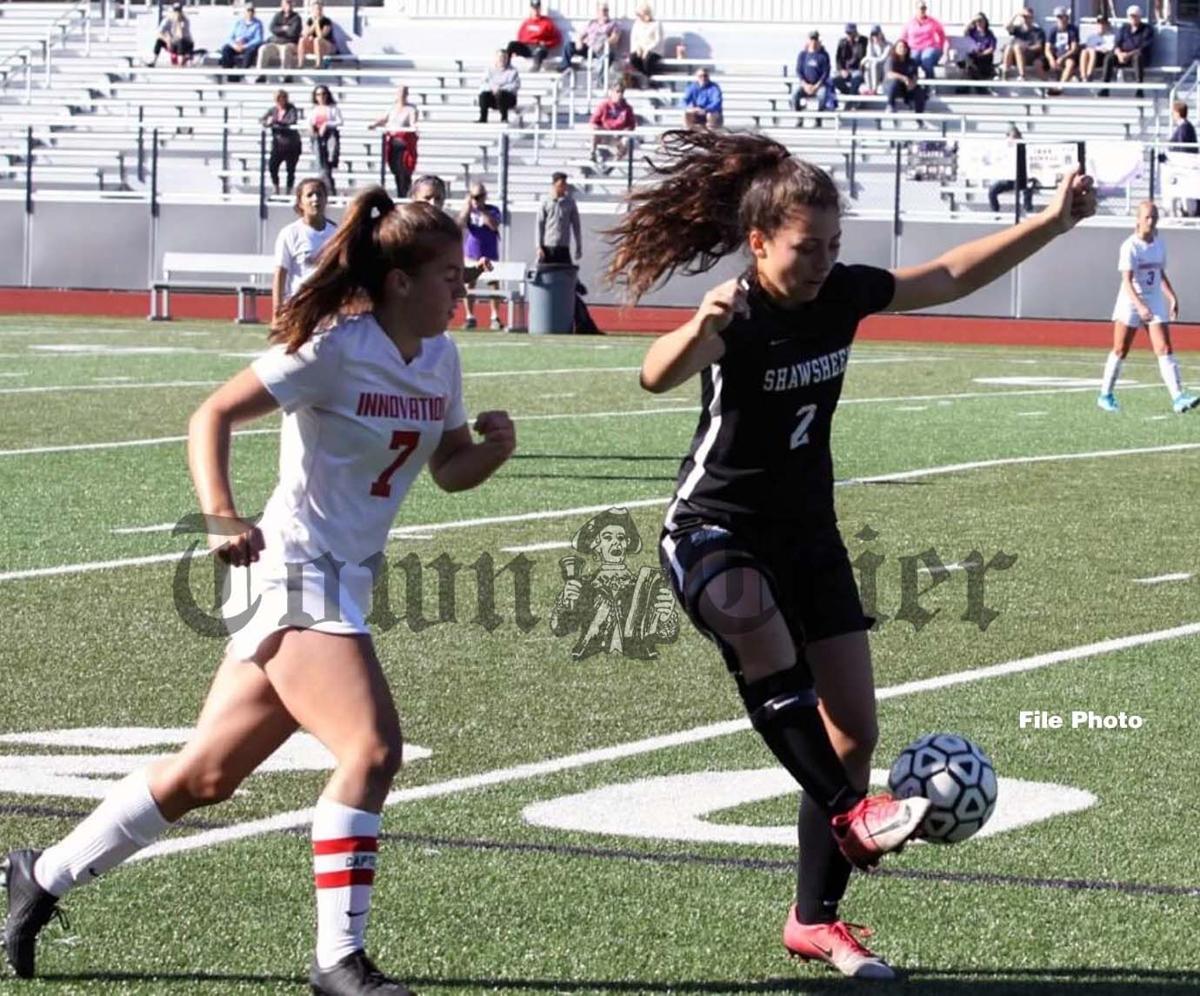 Amanda Howell in action for the Shawsheen Tech Girls’ Soccer team. The Wilmington resident is thrilled to get going this season after the delayed start. 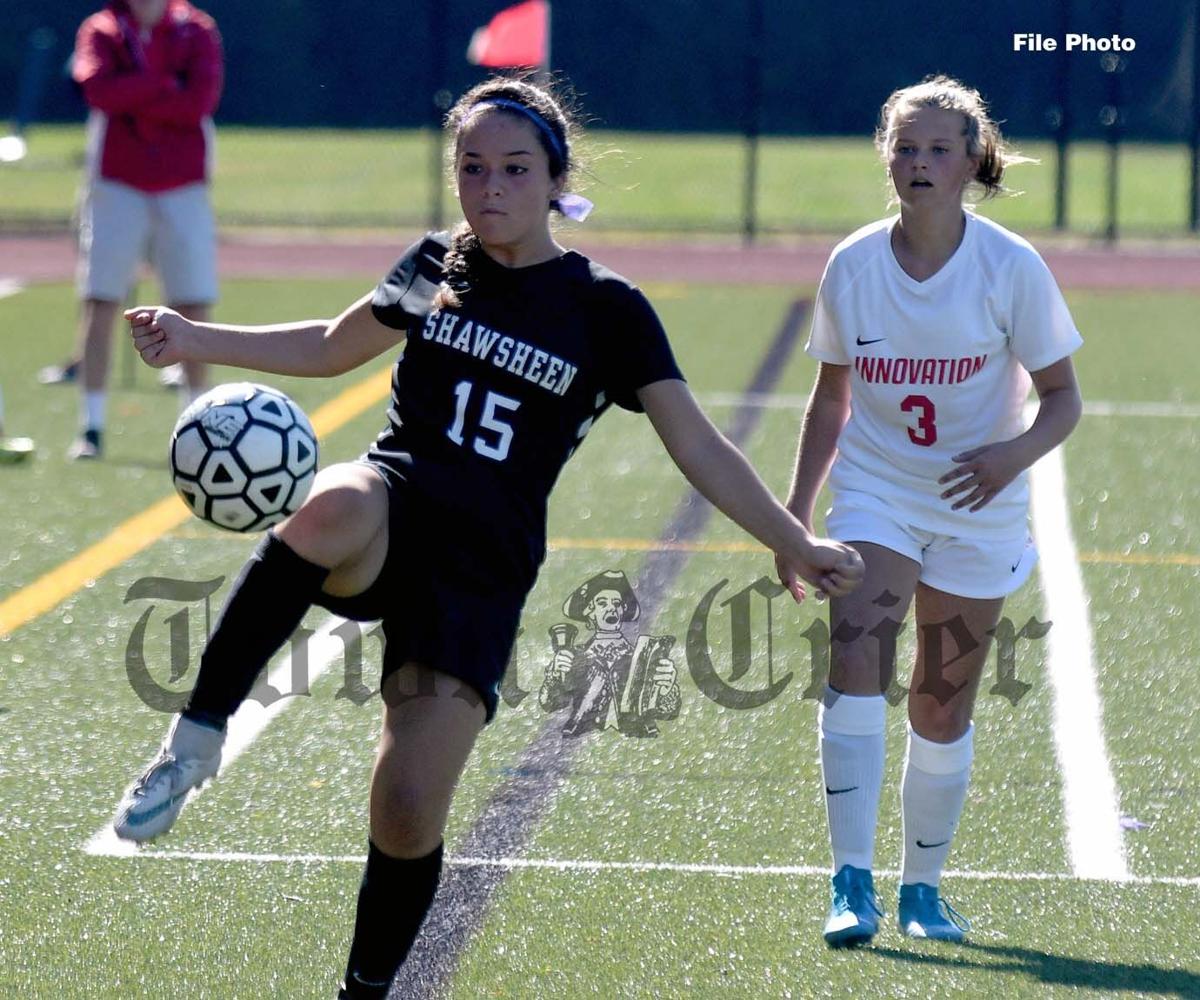 Julia Steed in action for the Shawsheen Tech Girls’ Soccer team. The Wilmington resident is thrilled to get going this season after the delayed start.

Amanda Howell in action for the Shawsheen Tech Girls’ Soccer team. The Wilmington resident is thrilled to get going this season after the delayed start.

Julia Steed in action for the Shawsheen Tech Girls’ Soccer team. The Wilmington resident is thrilled to get going this season after the delayed start.

BILLERICA – After a three year absence, the Shawsheen Tech Girls Soccer team made their return to post season play last season, posting an 8-5-3 regular season record before being eliminated in the preliminary round of the Division 3 North Sectional tournament with a 7-1 loss to Pentucket.

The result of the difficult tournament matchup, while obviously not exactly what the Rams were looking for, hardly mattered. The important thing was the Rams were back, and even better days still lay ahead.

With 13 seniors returning to the Rams lineup this season, as well as their entire starting lineup, those better days seem to have arrived already for 15th year coach Doug Michaud and his squad.

Unfortunately for the Rams they will not be returning to the post season this year. Nor will anybody else for that matter, with the MIAA’s cancellation of post season tournaments due to COVID-19. It’s a tough pill to swallow for all teams of course, as pretty much every team’s primary goal is to qualify for the post season, but it is especially tough for a team like the Rams, who looked primed to not only make a run at another tournament berth, but also to potentially do some damage when they got there.

“I have all returning starters, and most of them are seniors who have been in a starting spot for two or three years. They have been playing on the same team for a while, so that has to help,” Michaud said. “I think we can be really good this year. It is a little disappointing they won’t be able to go to the tournament this year. With the way they finished last year, they would have had a really good chance of doing well in the tournament this year.”

While the news that there is no tournament to play for was tough for the Rams to take, Michaud doesn’t feel like it will affect his team’s approach to the season in any way. It will simply change their focus.

“Without the tournament, it’s a different season altogether. But because of where they are and what they have been the past couple of seasons, I don’t think it will affect them,” Michaud said. “For many years we would beat Essex and Mystic, not necessarily easily, but we would win. The four of five years, we have struggled with them, and they beat us.

“We are starting to claw our way back, and we got a couple of wins over Mystic last year. I think Essex is being a little elusive and we haven’t been able to beat them, but we have a really strong team this year, and I think that is their motivation because they want to beat those teams in the league.”

There is plenty of reason for optimism for Michaud and the Rams, starting up front there four year starter Maya Dimino will lead the Rams offense, as she has done for most of her four years with the team. She will be joined up front by sophomore Leah Casey of Tewksbury, along with fellow sophomores Kerry Brown and Lindsay McCarthy, junior Ella Malvone and senior Jessica Scholl of Tewksbury. McCarthy and Casey combined for the Rams only goal in last season’s playoff loss to Pentucket, and all three had outstanding freshman seasons in helping the Rams to the post season

“I had no doubt her first day of freshman year that Maya would be a varsity player and she has been with us for four year and she has been great. She scored some big goals for us last year,” Doug said. “And then she had the freshman to help set her up, so that made her even better.”

In the midfield, the Rams will be led by senior Talia Steed of Wilmington, along with senior captain Jacqui Megna, both four-year starters, along with sophomore Brielle Pigott, another young player who had an outstanding freshman season for the Rams. Kayla Ward of Wilmington will also see playing time at midfield

Defensively the Rams will likely be led by senior captain Eryn Ward, a four-year starter for the Rams, along with seniors Amanda Howell of Wilmington and Katie Amidon and sophomore Caitlyn Aprile.

Senior goalie Shelby Bourdeau is back for another season in net for the Rams, with senior Isabel Manning also competing for playing time in net.

The Rams captains will be Megna and Eryn Ward, both of whom have shown Michaud the ability to not only be excellent leaders, but also be versatile enough to help the team in multiple positions.

“Jacqui moved up from defense last year and played center mid. When she first came out, I didn’t have any defense and I needed defenders, so I had her on defense and I had Eryn on defense,” Michaud said. “They became the heart of my defense for two years. And then last year I lost my midfielders so I had to move them up. Every now and then, I would move Eryn back because she just has great speed.”

In addition to simply trying to win as many games as possible, the Rams will also be adjusting to a new set of rules for high school soccer set forth by the MIAA due to the pandemic. These rules changes include, but are not limited to, no intentional heading of the ball, no shoulder to shoulder contact, no slide tackling and the wearing of masks when within six feet of another player.

Like every other team in Massachusetts, the Rams are learning as they go. And Michaud is learning to teach as he goes.

“The first day of tryouts was the guy who doesn’t talk a lot talking for an hour. It took forever to get through that stuff so it is nice to now have them out there scrimmaging,” Michaud said. “They are still not really fully used to it. I mean, I am not even really fully used to it yet. But we will get there.”