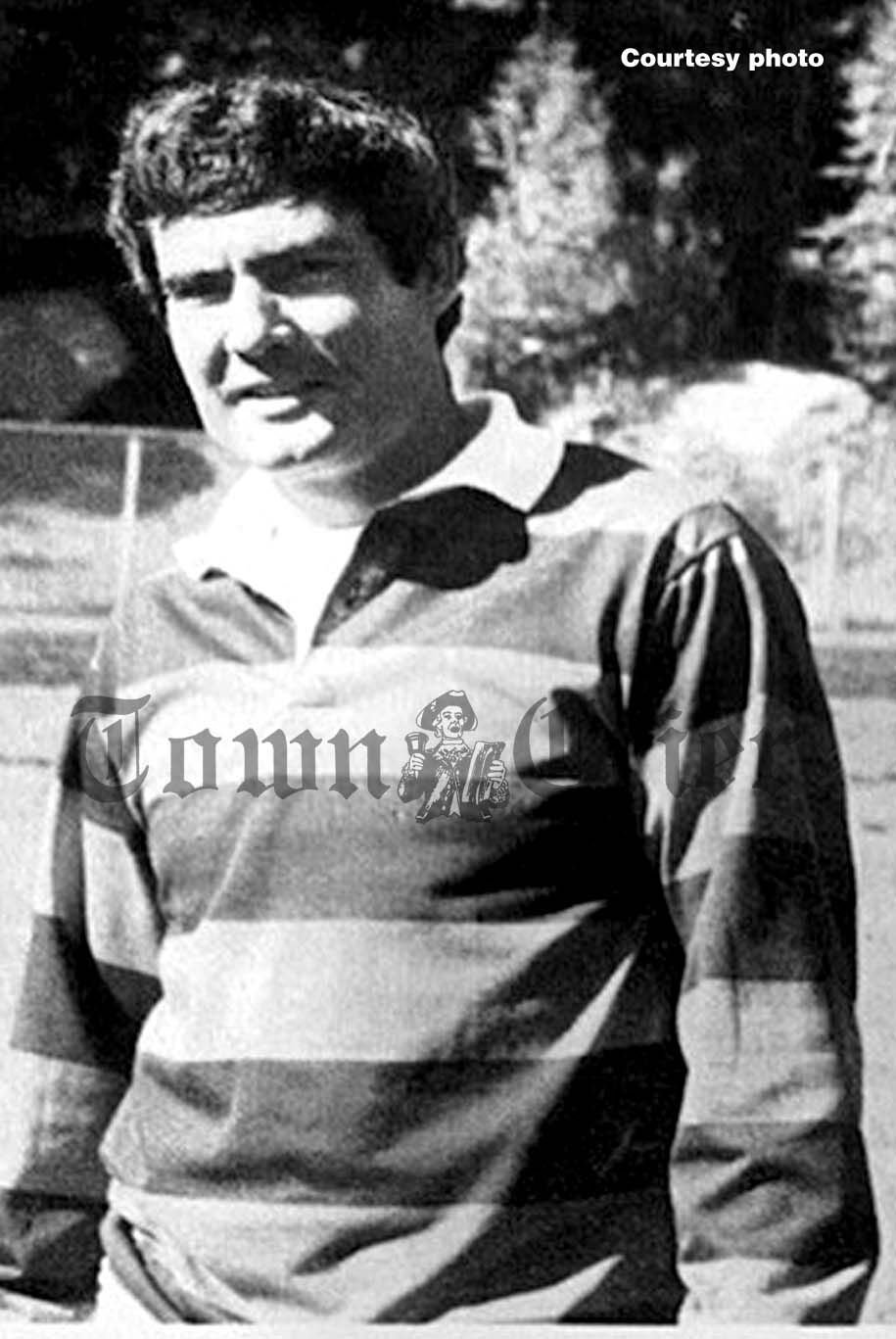 This photo of Coach Bob McCabe appeared in the Hall of Fame booklet, when he was inducted in 2002. (Courtesy photo) 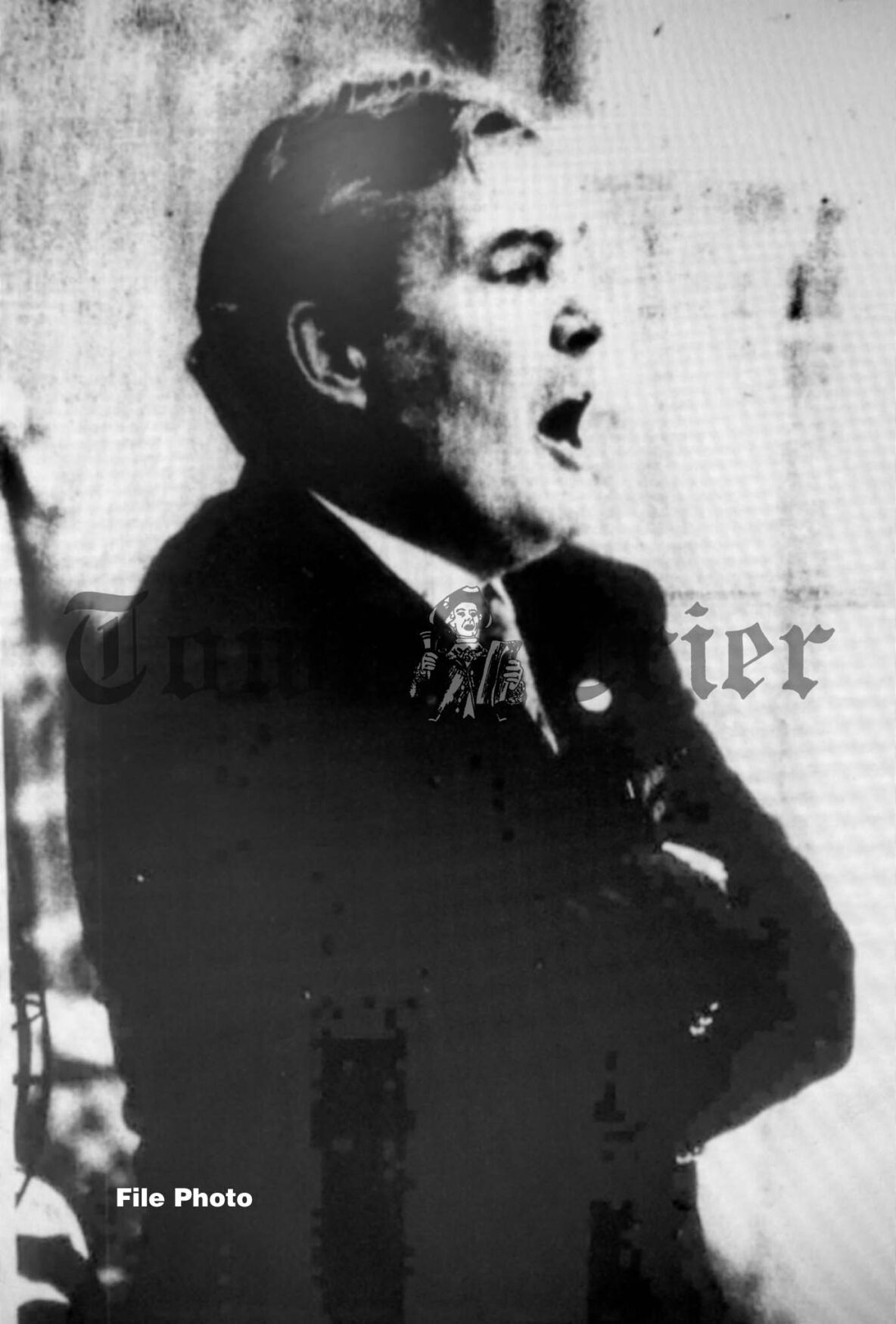 This was a memorable picture taken of Coach Bob McCabe from the bench at the old Boston Garden during the 1995 State Championship win over Whitman-Hanson. (file photo/Jeff Nazzaro).

This photo of Coach Bob McCabe appeared in the Hall of Fame booklet, when he was inducted in 2002. (Courtesy photo)

This was a memorable picture taken of Coach Bob McCabe from the bench at the old Boston Garden during the 1995 State Championship win over Whitman-Hanson. (file photo/Jeff Nazzaro).

Several weeks ago, the Town Crier started a new series of looking back at the careers of legendary coaches at TMHS (and there will be several from Shawsheen Tech in the future). The series started with a look at Al and Mark Donovan and then Tony Romano. Below is a story on the coaching life of Hall of Famer Bob McCabe.

When it came to X's and O's, Bob McCabe is as innovative and creative as anyone you'll ever come across. When it came to coaching — much like the case when he was a player — all that mattered to him was winning. His competitive side was second to none, and when he coached the Tewksbury hockey teams, that's all he did was win.

McCabe spent 37 years as a physical education teacher at TMHS and nine years between three stints as the ice hockey coach, compiling a record of 151-38-7 at Tewksbury, which came after two years of coaching at Lowell High School where he combined for a mark of 33-2-1, giving him career totals of 184-40-8.

In his nine years of coaching at TMHS, he won eight Merrimack Valley Conference Division 2 titles – only year he didn't was his first one in 1980, finishing 8-8-2. Eight of the nine teams made the state tournament, which included making it to the state semi-finals, winning the Division 2 state championship in the 1994-'95 season.

Then in his final season of coaching, he led the Redmen to the Super-8 tournament, becoming the first D2 school to compete at that elite level. The Redmen lost a heartbreaking game to BC High and then were defeated by Arlington Catholic.

Between the state championship and Super-8 teams, McCabe's teams were unbeaten in 25 straight games over those two combined seasons.

In that state championship season, the Redmen defeated Lynn English (2-1), Lincoln-Sudbury (5-2), Bishop Fenwick, Hingham in a fantastic 3-2 game held at Boston University, before thrashing Whitman-Hanson, 9-1 at the old Boston Garden. The Redmen had terrific players on that team including forwards Andy Beasley and Peter Butt, defensemen Claude Drevet and Dan Mahoney, and goalie Randy Boyce, who is a longtime assistant on the current staff.

McCabe also had a terrific run of teams in the mid 1980s, including the '84-'85 team finishing 13-3-1 overall, which included a 5-4 loss to Dom Savio in the playoffs. That team was led by Russ Mann, who went on to play at D1 St. Lawrence University, as well as Scott Thornton, who went to West Point, and Bob Ware, who succeeded McCabe as the head coach for the 1996-'97 season.

In 1985-'86, the Redmen finished 11-7-1 and were eliminated in the first round of the tournament by Matignon, 2-0. Tewksbury goalie Dave Gammon was outstanding, making 34 saves.

Two years later, the Redmen finished 16-1-3 in the regular season, which at that time was the best mark in school history. The four-time league champs, led by guys named Derek Doherty and Bill Gosse — the two coaches on the current TMHS staff, as well as Paul Botto and Tom Verrill — were defeated again by Dom Savio, this time by a 6-5 score.

In 1988-'89, the Redmen finished 19-0-1 in the regular season with the only blemish to Central Catholic, a 2-2 tie. Gosse was named the league's MVP, while, Doug Mann (45 points), Steve Bourgea (39), Ty Fakuda (35), Joe Centrella (29), Neil Olson (26) and Hall of Famer Billy Doherty (25) led the offensive attack and freshman goalie Rob McGrath was superb all season. In the state tournament, Tewksbury defeated ArchBishop Williams, 5-2, before losing to Arlington Catholic, 4-3, despite outshooting the Cougars 38-17.

Besides coaching at TMHS and Lowell, he was an assistant coach under Bill Robinson at Lowell High for four years and also coached the Boston University JV team in 1966. He played collegiate hockey at BU for legendary coach Jack Riley, which included scoring 9 goals and adding 18 assists in the combined seasons of 1962-'63 and '63-64.

In 2016, the Town Crier's Rick Cooke interviewed McCabe along with his good friend Bob Aylward. McCabe offered these thoughts on coaching at Tewksbury.

“When I was coaching, I took a quote from Bobby Aylward and I’m usually the one with the big mouth. ‘Tewksbury-Home of the Champions.’ You instill that in the kids from day one in practice. Bobby believes it and I believe it. Any time that Tewksbury loses a game, I believe that it’s an upset, I don’t care who we are playing.

“I would take a player off the bench between periods and explain why he had made a mistake. That player would come back in the next period and play a magnificent game. It was like a magic wand had come over his head. I don’t know if you could do that with a kid nowadays. But you could always do that with a Tewksbury kid.

“Every kid that I see today — and I don’t want to start crying now — they will say, coach McCabe, you were the best. Players who played for me, I love them to death and I will go to my grave trying to help them out if they ever have a problem in life.”