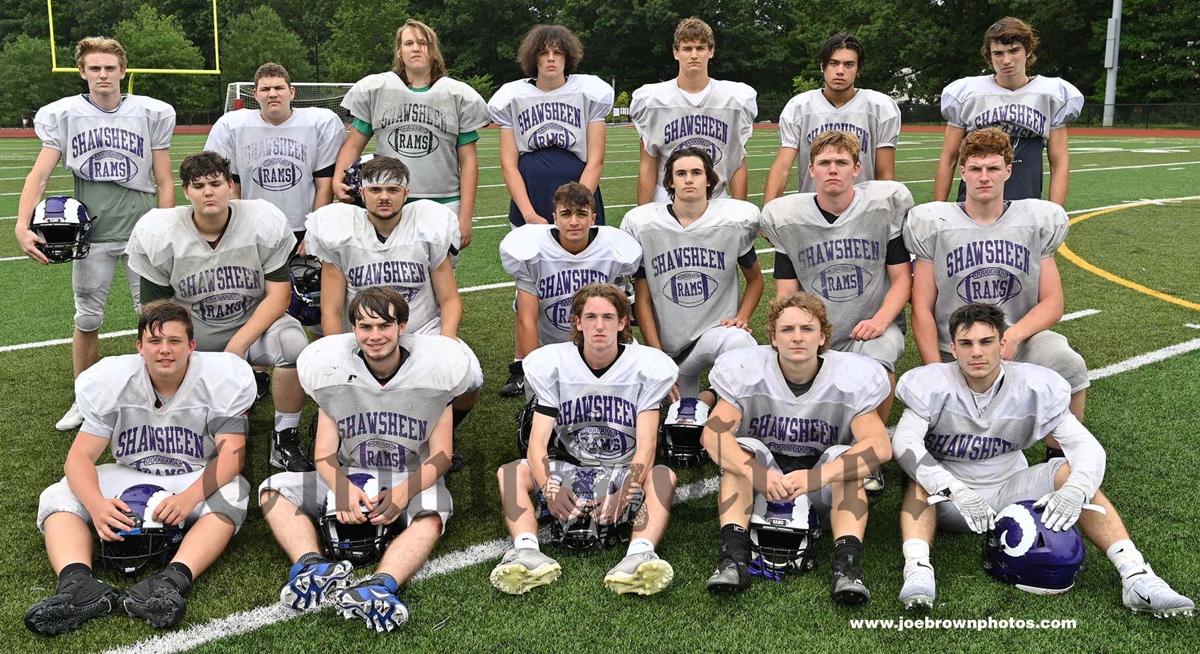 BILLERICA – This past high school football season was an unusual one in many ways, not the least of which was when it was played. With the postponement of the traditional fall season to due to COVID, the season, for those who were able to play, was held in the newly created “Fall 2” season which kicked off in March of this year.

Another unusual aspect of the season locally was how the season played out for the Shawsheen Tech Football team, who after winning three out of four Commonwealth Athletic Conference championships between 2016 and 2019, struggled to a 3-4 record in the abbreviated 2020 (2021) season.

Obviously, a losing record did not sit well with either the Rams players or coaches, who have established a winning tradition over past several seasons, and they will be looking to bounce back from that, beginning this Friday night when they hit the road to take on non-league rival Bedford in their season opener.

Shawsheen head coach Al Costabile, entering his 24th season at the helm of the Rams, knows that his players are eager to get back on the field and re-establish themselves as contenders in what promises to be a very challenging CAC this season.

“We have a great opportunity to do that, and it is nice to have that confidence because the kids have done it, and know that players before them have done it. They go into the season expecting that even if they don’t win the league, they will challenge for it.”

The Rams do lose some key offensive weapons from last season, with leading rusher Diondre Turner, as well as two-year starting quarterback Chris Disciscio both having graduated, but there is plenty of reason for optimism, as they also bring back a talented core of returnees on both sides of the ball.

One of the biggest reasons for Costabile’s optimism is junior quarterback Mavrick Bourdeau. Bourdeau made his varsity debut last season in the second half of the Rams season finale loss to KIPP Academy, and gave a glimpse of his potential. More importantly, however, the Rams coaching staff has had two years of watching him develop at the JV level, and Costabile is confident that Bourdeau, a three-sport star for the Rams can make the successful leap to varsity.

“Mavrick didn’t get a lot of experience at the varsity level, but he was the freshman QB and the JV QB, so his learning curve accelerated tremendously,” Costabile said. “He is a great all-around athlete, and great three sport athletes really don’t exist anymore, but he has done a great job with both baseball and basketball. He’s got the ability to run as well as throw. We are looking forward to seeing what he can do.”

Bourdeau will be joined in the backfield by a talented group of running backs. Three-year starter, senior Dylan Timmons of Wilmington, will likely lead the way for the Rams once he returns from injury a few weeks into season, but until he makes his return, Costabile is confident with a large committee of talented backs carrying the load.

Among the players battling for playing time will be Wilmington senior co-captain Aydan Churchill, who saw some playing time last season in the backfield. He will be joined by a talented group of underclassmen, including sophomores Damian Ortiz and Mason Morneau, both of Tewksbury, as well as fellow sophomore Caleb Gaceres of Billerica.

“Aydan has some experience, which will be a big help and we have some other talented kids as well,” Costabile said. “The running back situation is very competitive and encompasses a lot of players, probably half a dozen or more. But that is great. We have plenty of depth at the position, and a lot of good young players.”

With a solid stable of running backs, it is possible the Rams will just grind their opponents with their ground game, but as Costabile said, Bourdeau does have the ability to put the ball in the air. And when he does, he has a talented group of wide receivers to throw to, starting with sophomore Evan Galanis of Tewksbury and fellow sophomore Zach Rogers of Wilmington.

“Evan is a very promising player on both sides of the ball. On offense he is really molding into a great slot receiver. He is not the biggest kid, but he has some quickness,” Costabile said. “Zach is more of a physical wide receiver type. He is over six feet tall and has big range. He is very promising.”

Fellow sophomore Ryan Copson of Burlington will also be making his mark as a receiver for the Rams.

“Ryan is another player who looks very promising on both sides of the ball,” Costabile said. “We are very happy with how he has been playing.”

Of course, nothing happens with the skill position players without protection from the offensive line, and Costabile will be looking for them to play a big role on this year’s team, beginning with returning starters, sophomores Richard Elliott III and Austin Malandin, as well as senior Xavier Santiago.

“We will rely upon them heavily this season,” Costabile said. “Elliott and Mandalin started last year as freshmen and were very dependable, and Xavier Santiago has gotten himself into the mix as well.”

Also leading the way up front will be a pair of seniors from Wilmington, Shane Costello and Ryan Dusablon, both of whom made the move from the offensive backfield to the offensive line.

Defensively, the Rams will be led by many of the same players, with Timmons eventually returning to his defensive back position when comes back from injury, where he will be joined by returning outside linebackers Costello and junior Kevin Ackerley of Wilmington.

Other returning starters on defense will include Santiago, Elliott and Mandalin along the defensive line and Churchill at linebacker, while Bourdeau will return to his starting role at defensive back.

Joining them on defense will be some promising newcomers, including Rogers at defensive end, Copson at defensive back and linebackers Morneau and Ortiz. While many of the newcomers have shown great promise, Ortiz has stood out for his efforts in early season workouts.

“His brother (Edwin) was a great player for us at center, and Damian is a very promising young player,” Costabile said. “We are looking for him to get a lot of playing time.”

One thing the Rams will not lack for this season will be depth. Whereas some teams are senior laden, and some are loaded with underclassmen, the Rams are fortunate to have both. They do have a very deep and talented sophomore class, but one of the things Costabile is most looking forward to this season is getting contributions from his entire roster. While the Rams have not named captains as of yet, Costabile feels his team will be in good hands under the guidance of his senior leaders.

“I think we have a good balance across all grade levels. We have good senior leadership and a real good, talented group of younger players,” Costabile said. “I feel confident that all four grade levels will be represented.”

The Rams are going to need all the talent they can get as they head into what promises to be a challenging CAC schedule. The good news is, there is a full schedule of games this year, however, it is a schedule that will force the Rams to be at their best at all times.

“It is going to be a tough, tough league this year,” Costabile said. “Northeast will be tough, and Whittier is always a tough opponent for us. Greater Lowell is going to be strong this year, and Lowell Catholic will be good as well. It is a very strong league.”

“It is great to be back to normal, with precautions of course,” Costabile said. “The kids love it. They understand the precautions, but mostly they love the fact that they are outside participating in sports. We are getting back to the normalcy kids love, and they deserve it. We are going to have some fun.”