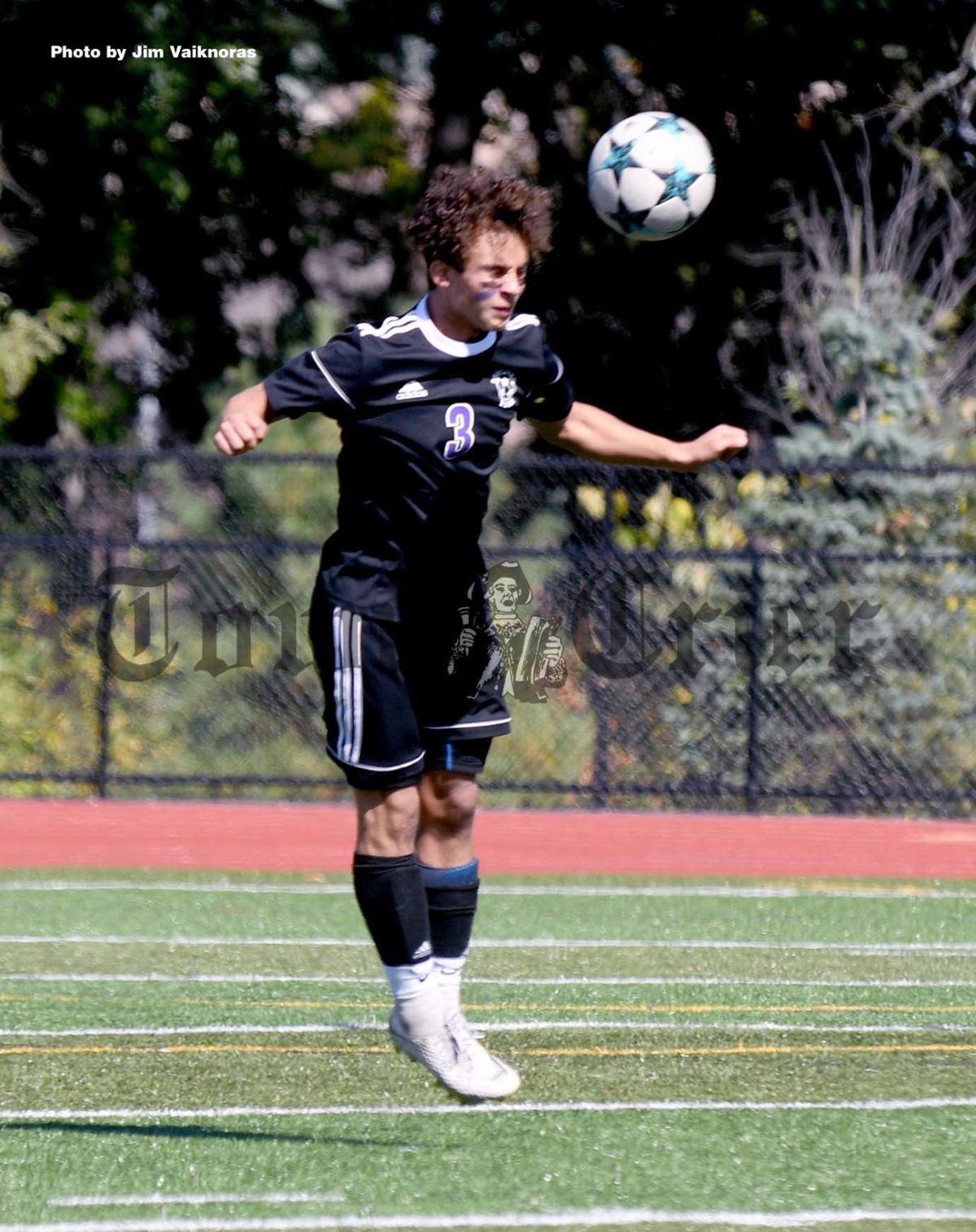 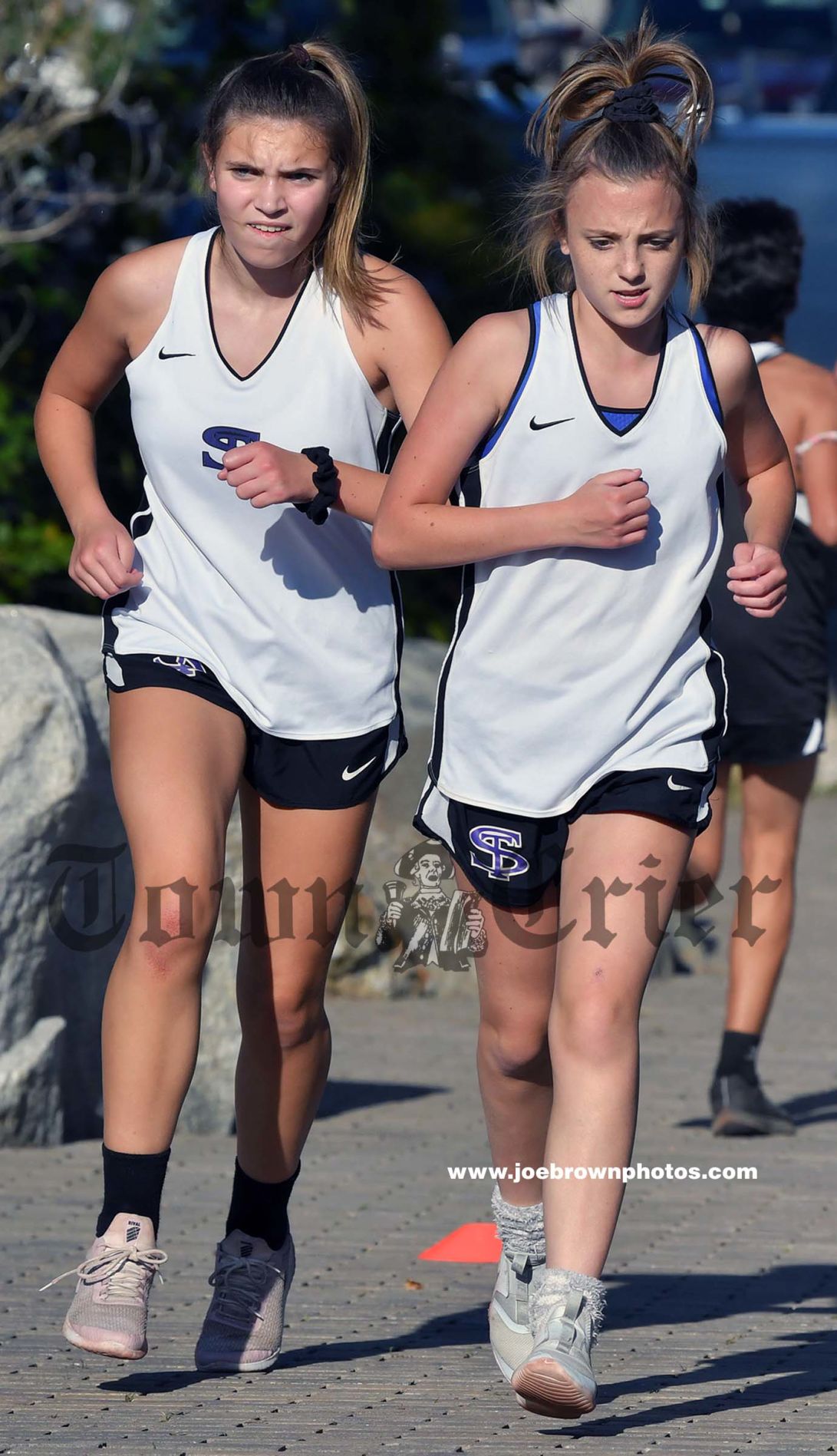 BILLERICA — In a continuation of what has been a tremendous first half of the season, the Shawsheen Tech Boys Soccer team picked up a pair of wins this past week, including coming away with a thrilling 2-1 victory over Lowell Catholic on Homecoming Day on Saturday.

The Rams got off to a quick start in this one taking a 2-0 lead in the first five minutes of the game before Lowell Catholic made it a one goal game 20 minutes later.

Despite the early offensive flurry, that would be the only scoring of the day, as the Rams held on to win and improve to 7-2-1 on the season

The Archibald brothers of Wilmington did all of the offensive damage for the Rams in this one, with junior Tyler Archibald scoring the first goal of the game followed shortly thereafter by a tally from senior Dan Archibald on an assist from sophomore Adriano Trotta of Wilmington.

Saturday's performance by the Archibald brothers in the Homecoming win was just the latest in what has been a season full of great efforts by the duo.

"As the Archibald brothers go, so goes the team," Shawsheen coach Tom Severo said. "Dan has blinding speed, great skills and a great shot. He is a wonderful leader. Tyler is the most skilled player on the field. His dribbling, passing and field vision set him apart. Combine that with his tremendous accuracy and long booming kicks and you can see why he is the key to our offense."

The game prior to Homecoming had lacked any dramatics, as the Rams rolled to an 8-0 victory over Innovation Academy. Once again it was Tyler Archibald leading the way, this time with a hat trick. Other Shawsheen goals were by Langlois, Perez, senior Chris Melo of Tewksbury, senior Jordan Nott, and junior Billy Hartshorn. Also playing well for Shawsheen were senior Billy Richardson of Wilmington, junior James Genetti and freshman Cam Camelio.

It was the Rams fifth shutout this season behind the combination of junior goalies Tyler Newhouse of Wilmington and Adam Kearns. Kearns was a back up goalie on the varsity last year, while Newhouse was the JV goalie.

"Both Adam and Tyler have done a great job stepping into the position that was held the past three years by Mike Reppucci who is now at UMass Lowell," Severo said. "Each one has their own strengths they bring to the position."

It is more than just the two keepers that have been keeping the ball out of the net, however, as it has been a complete effort by the entire defensive unit.

"The defense has been outstanding this season," Severo said "Captain Matt Pustizzi usually draws the other team's top scorer and Langlois is a very smart soccer player who always makes the right play, adds a lot with his throw ins and corner kicks. Cam Camelio is a freshman, but has played like a veteran. Joe Hansen (Wilmington) missed the first five games but has given us depth.

"The biggest difference however has been Jeremy Perez's brilliant play at sweeper. He was an outside back on the varsity last year as a freshman, but this season I put him into the most crucial field position on the field and he has excelled. He has speed , skill, and a zest for the game that has made us hard to score on."

The Rams will be back in action on Thursday when they travel to Innovation Academy, before hitting the road again to take on Greater Lowell next Tuesday.

The Shawsheen Tech Volleyball team endured a rough stretch of games recently, dropping six matches in a row after starting the season 3-0. But the Rams picked the perfect time to get back on the winning track, as they picked up an impressive 3-0 victory over Notre Dame as part of Homecoming weekend last Friday night.

Shawsheen coach Anne DeMarco was pleased the way her team responded to the pressure of playing on Homecoming weekend, as they played well from start to finish in the match.

"The biggest difference between our match against Notre Dame on Friday night and some of the others games during our losing streak was the fact that we felt confident and stayed mentally tough the entire game," DeMarco said. "The girls had fun and enjoyed the game."

Seniors Allison MacEachern and Deanna Goguen connected well on offense for the Rams, while fellow senior Brooke Bicknell served well in helping Shawsheen improve to 4-6 on the season.

MacEachern, Goguen and Bicknell have continued to play well for the Rams, even during their losing streak, while MacEachern has also been battling through an ankle injury she suffered against Lynn Tech on September 10, which also happened to be the Rams first loss.

"Since her return to play, she has been playing very well. She has changed her game in a positive and aggressive way. She wants to win," DeMarco said. "Deanna is a steady, confident setter. We can always count on her to do her job and do it well. She does need her team to pass well. During our losing streak, our serve receive was weak which put Deanna to work. We have our serve receive straightened out now so Deanna can focus on an effective offense. Brooke has had her ups and downs but her mental game has improved two-fold since our game against Whittier. Her serving is key to our success."

Even before finally breaking their losing streak with the win over Notre Dame, DeMarco had seen signs of improvement from her team, so she was pleased to see them be rewarded with a win on Friday.

"Although we lost to Lowell Catholic and Mystic, we fought hard and had great defense and service," DeMarco said. "We grew a lot between the Lynn Tech game and the Notre Dame game. We are looking forward to the second half of the season where we can meet these teams again."

One of the things that makes DeMarco confident going forward is that even while the team was losing, their effort never wavered. She expects more of the same throughout the season.

"Although the girls struggle sometimes with their mental game, there physical efforts never waver," DeMarco said. "I am happy with their work ethic, I couldn’t ask for more but I will."

After a couple of uncharacteristic losses, the Shawsheen Tech Golf team got back on the winning track on Monday afternoon with a 162-78 win over CAC rival Nashoba Tech. With the win, the Rams improved to 6-4 overall on the season and 6-0 in the CAC, putting them in the driver's seat to capture their 15th consecutive CAC title.

In the win over Nashoba, the Rams were led by low medalist, junior Connor Preble of Tewksbury, who fired a 2-over par 35, while juniors Stephen O'Connor of Wilmington and Nolan Rexford each shot a 37.

"That was a nice win for us," Shawsheen coach Tom Struthers said. "It was nice for us to go out and compete and play well as a team."

Preble’s performance once again stood out among his peers, as has been the case in many matches this season. The junior continues to give a top-notch effort each time he takes to the course.

“Connor has been pretty consistent for us,” Struthers said. “We have had a couple of kids who have faded a little, but Connor has remained consistent.”

Struthers will be looking for consistent efforts from his entire roster on Wednesday when they travel to Acushnet Valley Golf Course in Acushnet. They will tee off at 9:30 a.m. The Rams finished third in this tournament last season, and Struthers is looking for another strong performance on Wednesday.

“It’s not unreasonable to think that we can win it,” Struthers said. “If we all play well, we have a chance to win it. It is getting to the middle of the season, so we should be able to perform well. This will be the largest field they have had in a long time at this tournament, so it should be a nice test for us.

The Shawsheen Tech Boys and Girls Cross Country teams each traveled to Pine Banks Park in Malden last Wednesday afternoon for a tri-meet against PMA and host Mystic Valley. The boys had mixed results, going 1-1 on the day, while the girls swept the meet, going 2-0.

The Girls rolled to a 19-41 win over Mystic Valley, while the also beat PMA by a plenty comfortable margin of 22-37. Junior Rachel Halas finished first overall against both teams, while senior Rybekah Marsh was second against Mystic Valley and third against PMA. Freshman Hannah Lyle continued her impressive first season with a fourth place finish against Mystic Valley and a fifth place finish against PMA, while junior Jamie Odams was fifth and sixth, respectively.

Other top ten finishers for Shawsheen (4-1) included junior Kelley DeLosh in seventh, senior Jess Stevens of Tewksbury in eighth and junior Stephany Krusper of Tewksbury in tenth against Mystic Valley and 11th against PMA.

The Boys suffered a heartbreaking 29-27 loss to Mystic Valley, while winning easily over PMA by a score of 15-48.

Mystic Valley took the top two spots overall, while Shawsheen junior Alex Smith was third against Mystic by first against PMA. Junior Matt Hemenway meanwhile was second against PMA and fourth against Mystic. Junior Paul Tower of Tewksbury had a fine day, finishing third and fifth, respectively, while fellow junior Dan Lee of Tewksbury was fourth and sixth.