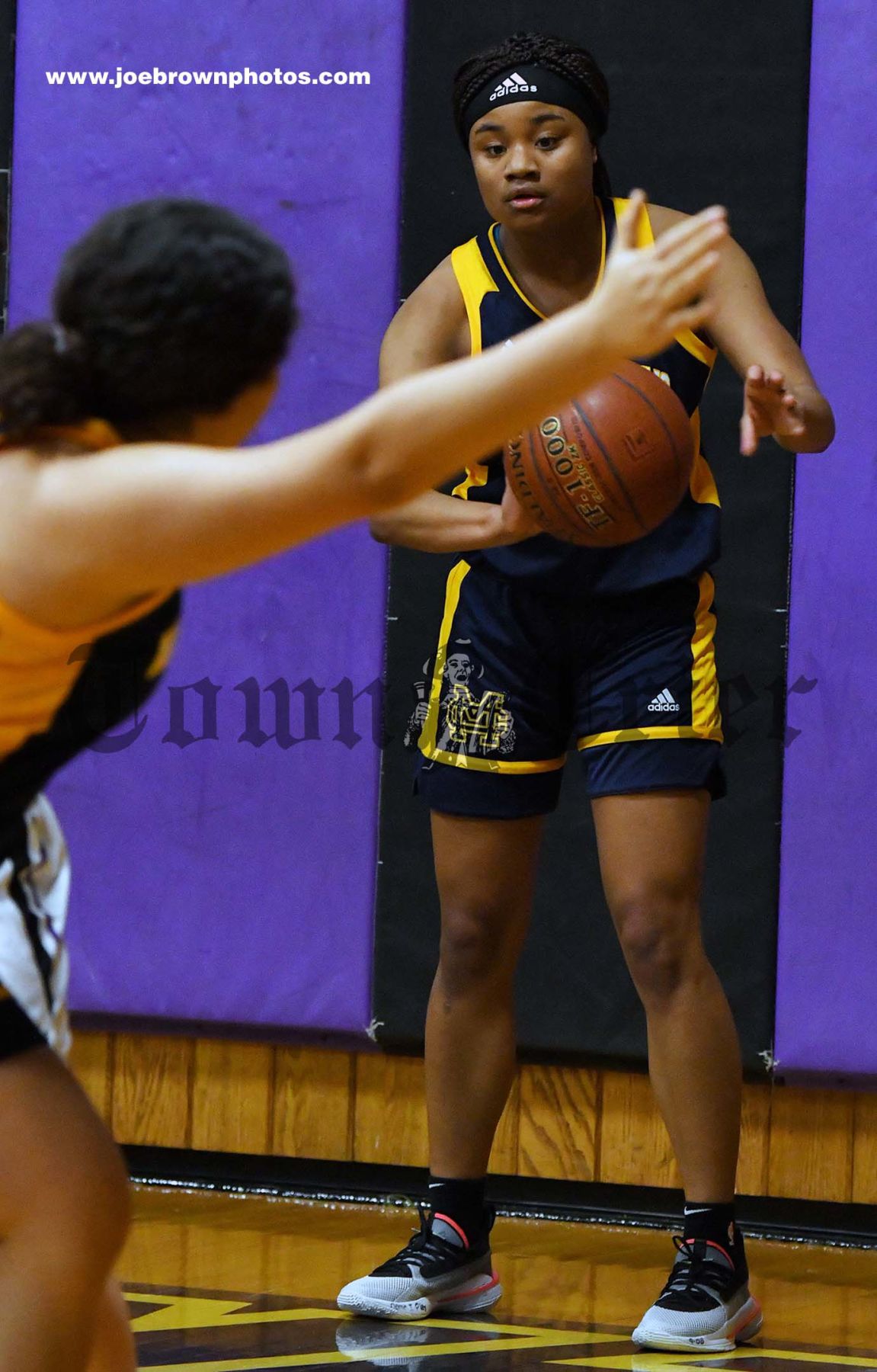 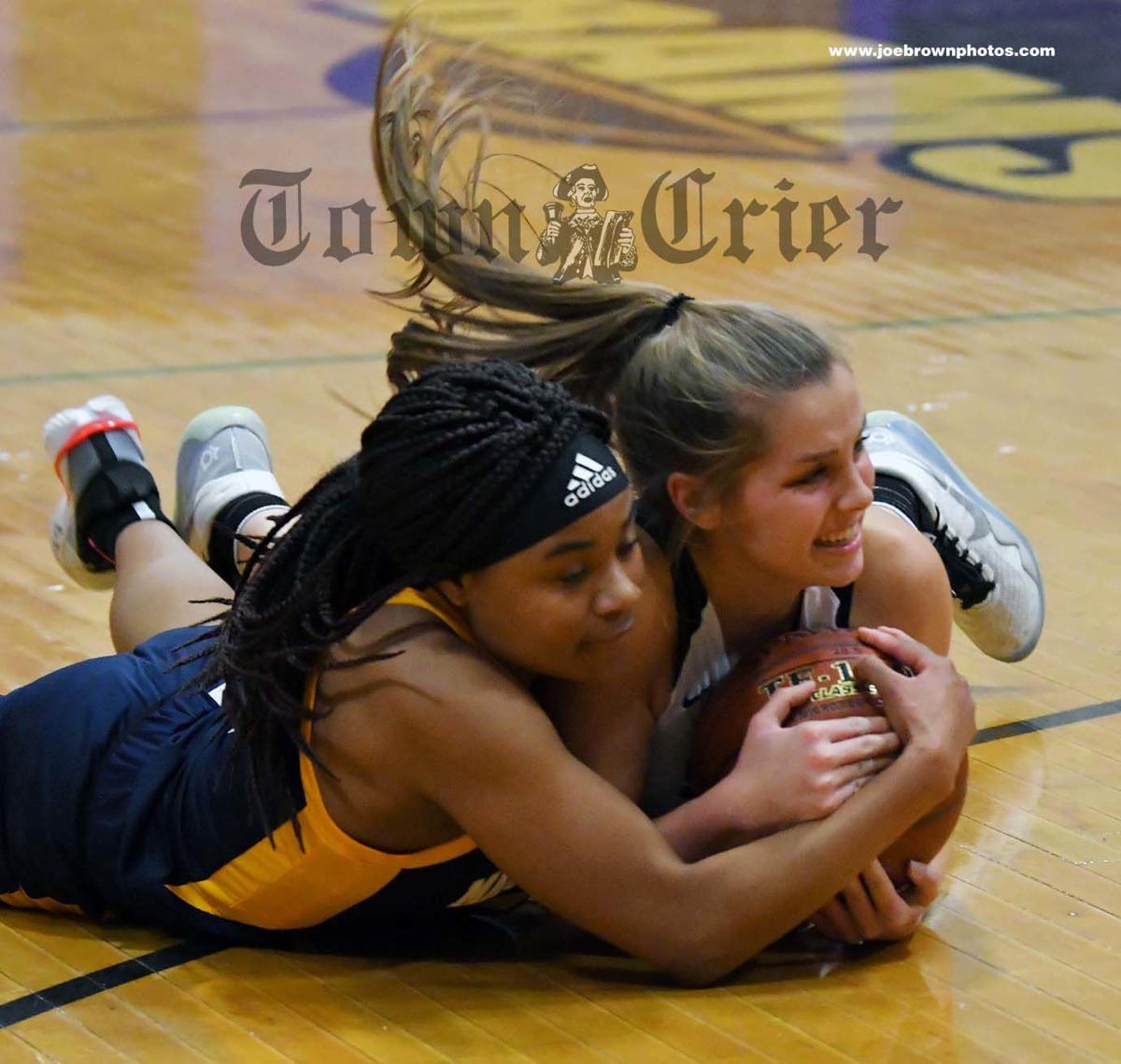 BILLERICA – With less than a minute to go in the third quarter, sophomore Andre Turner drove through the lane and put a beautiful spin move on a Shawsheen Tech defender and converted a basket that had fans in awe. The basket gave Malden Catholic a two-point lead and from there the Lancers never looked back and defeated the Rams 54-40, in a non-league girls basketball game played last Thursday night at Shawsheen's Gymnasium.

The move was incredible, especially with the defender right on her, but that was just a small piece of Turner's tremendous performance. The point guard from Wilmington proved that she was the best player on the floor, and certainly among the best underclassmen in the state with her brilliant 18-point, 9-rebound, 6-assist performance, which all came on her birthday.

"We try to (generate offense by) transition but (Shawsheen) was getting back so we were taking our time with our offense," said MC Coach Jay Keane. "In transition, Andre is just incredible. She made that one move, and that’s very hard to do. I can’t teach her to do something like that."

Turner scored the game's first four points, one on a drive and the second from inside the paint. She added her third basket on a nice up and under move with 3:25 left in the second quarter and sat the final 2:43 after picking up her second foul.

In the third quarter, Shawsheen started to hit some baskets and everytime Turner responded. First it was on a drive, then a three-pointer and then that awesome spin move at the end of the quarter.

"It was a birthday special," said Turner with a big laugh. "It was just a reaction because she was coming for me."

Turner kept dominating the game early in the fourth with a steal and lay-up, pushing the lead to five, before she later drained a jumper to extend the lead to 13 with 1:26 to go.

"This is the best game that Andre had has," said Keane. "She takes a beating every game and always put to the floor. She’s a great kid and she could have gone anywhere but she chose Malden Catholic because of the academics and she is doing great in school.

“Basketball wise, she missed a lot of last year’s season with an injury and she came back and really didn’t play well. Now she is healthy, and we had a few bumps and bruises in the first few games, but this is the best she has played athletically all season."

Turner comes from a very athletic family. Her mother ran track and her father was a football player, while her two brothers Diondre and Andre (pronounced differently than his sister) are current football players.

Diondre, a junior, rushed for 877 yards and scored 13 touchdowns playing at Shawsheen this past fall, and is currently on the Tech wrestling team. Andre is a freshman at WHS and in limited time, he scored three touchdowns for the Wildcats, while combining for over 200 yards from scrimmage.

"They are both football players," she said. "We played a lot (of different sports) growing up and we have always tried to be better or faster than the other one."

Andre the basketball player certainly possesses the great speed that her two brothers have. She's extremely athletic and certainly has a tremendous future ahead of her in the game, despite playing for a program that's in its first year as a varsity program.

"We are a new program and we have been making some changes. We work together and we work hard and we’re coming together," she said.

If any coach is going to get her to the next level, it's Keane, the former WHS Coach, who did the same with the likes of Ashley Vitale, Amy Fahey and Michelle Woods.

Thursday's win gave the Lancers a 3-2 victory and the team followed that up with two more wins against Cristo Rey and Gloucester. The team is halfway to qualifying for the Division 4 North Sectional tournament which would be an incredible feat, since the team is comprised of all freshmen and sophomores. Turner is glad that she chose to come to MC and hopefully be a part of program history.

"I wanted to help build the program and thought we could do great things," she said. "I think we can qualify. We just need to compete, work together and just go out there and play, and have fun."