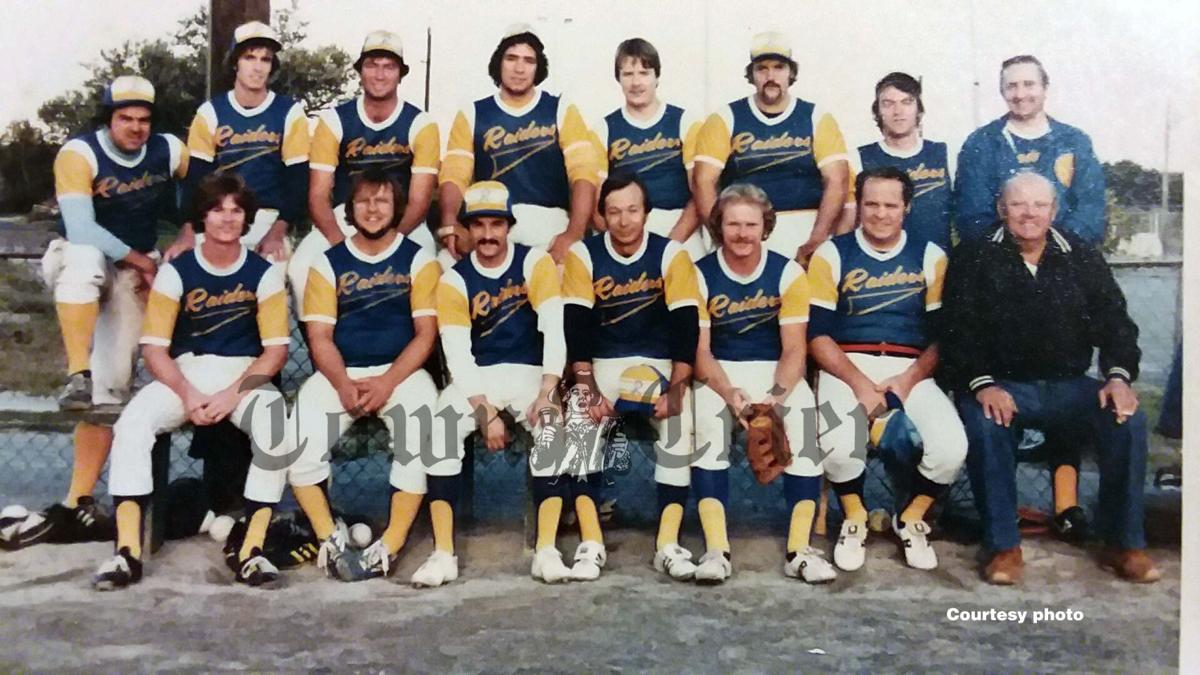 Members of the 1978 Raiders from the days long ago of the Tewksbury Men’s Adult Softball League.  (courtesy photo). 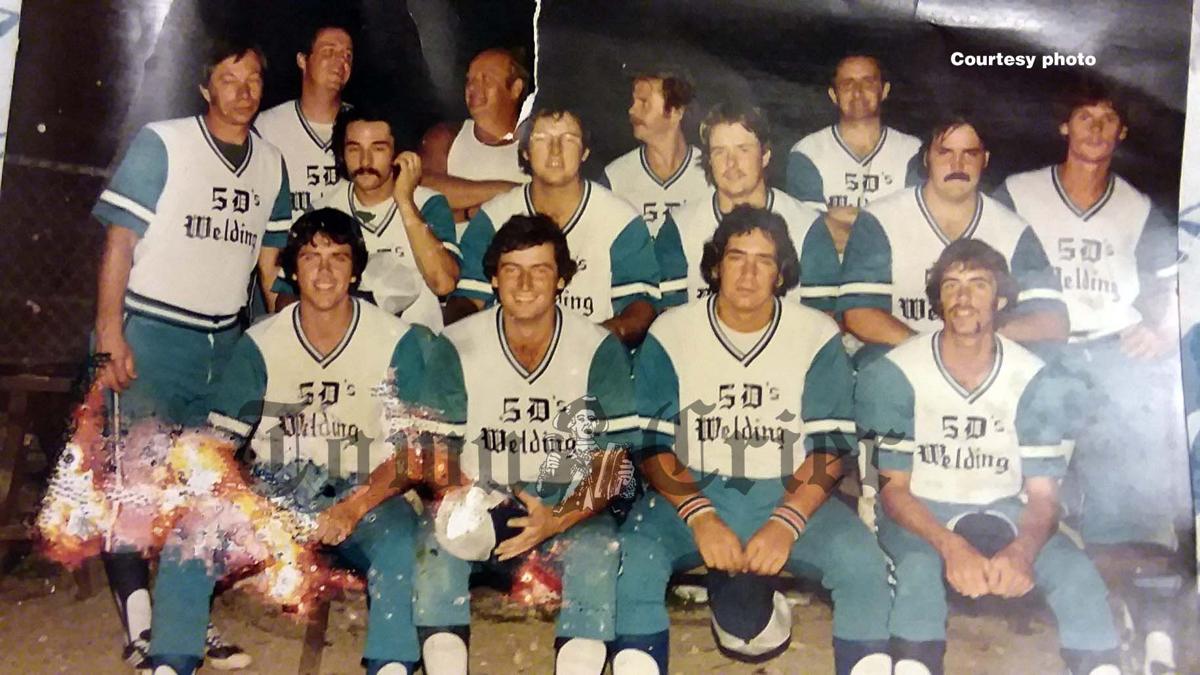 Members of the 1979 5D’s Welding Softball team from the days long ago of the Tewksbury Men’s Adult Softball League. Kevin Walsh, shown in the 5D’s Welding photo, sitting far right, was one of the people who ran the popular league for some years. (courtesy photo).

Members of the 1978 Raiders from the days long ago of the Tewksbury Men’s Adult Softball League.  (courtesy photo).

Members of the 1979 5D’s Welding Softball team from the days long ago of the Tewksbury Men’s Adult Softball League. Kevin Walsh, shown in the 5D’s Welding photo, sitting far right, was one of the people who ran the popular league for some years. (courtesy photo).

TEWKSBURY – Often times when looking back at the past, it is easy to look at them as the “good old days” and possibly exaggerate just how good those old days were. It’s a natural tendency to look back and just imagine that everything as better way back when, even if in some cases, that is not the case.

But when looking back at the history of the Tewksbury Men’s Softball League, it is very clear that the “good old days” were indeed the good old days. The golden era of the league could probably best be defined as the period between the early 1970’s and the mid to late 1990’s, and it was a time when the game of softball thrived in Tewksbury like never before and certainly like nothing since.

It was a time when literally hundreds of local players participated in the league, competing for bragging rights, the league title, and perhaps even more as teams also vied for the ultimate prize of a state championship.

One of those hundreds of players who was there of most, if not all of those glory days was Tewksbury resident John Carlino. The Tewksbury High Class of 1974 grad was like many of the players in the league, an athlete at the high school level for the Redmen before eventually joining the league, but his involvement actually began years before he actually became an official league member.

"It started out with me tagging along with my brother Peter, who played in the league when I was about 14 or 15 years old,” Carlino, now 64, recalled. Back then there were a lot of teams, but most of them just played in jeans and t-shirts. They didn't have uniforms like we got later on when we were playing."

"We started out playing games behind the high school where Doucette Field is now. But we played on fields all over town. But then in the early 70's when they built Livingston Park, that was a godsend. The Men's League played at Memorial Park."

The league provided some great memories for Carlino and others like him, memories that are still with him to this day. One of the things that stood out to Carlino then and still does now, was the high level of play in the league. This wasn’t some beer league, but rather a highly competitive group of players who were trying to win each game.

“There were some really good teams back in the day. There were the Arrows, and a team called Teddy’s Bears, and several others as well,” Carlino said. “We had some very competitive games back then. And when we would meet in the playoffs, we had fans standing two rows deep all around the field. And occasionally we would have state tournament games in Tewksbury and again you would have people two and three deep all around the field. It was really incredible.”

Throughout those years, the league kept expanding and overall the competition was top-notch.

“The Tewksbury League got so big in the 70s and 80s, that we had up to 17 teams, with tripleheaders on some nights for one or two years,” said Tewksbury resident Kevin Walsh. “For quite a few years, Bill Blakeney, Mike Sheehan and myself ran the league.”

And it wasn’t just in Tewksbury where the game was thriving during that era. Rather it was the entire Merrimack Valley area who had gotten the softball craze. To get an idea of just how competitive the game was in that era, listen to Carlino explain what a typical night of softball might have included for the average player.

"Back in the 80’s, the game was very popular in the Merrimack Valley area. We would play three or four nights a week. Back then, if you really wanted to stay competitive and stay sharp, you usually played on at least two teams,” Carlino said. “I remember one year I played on teams in Tewksbury, Wilmington and Lowell. It was not unusual to see guys playing a 6:00 game in Tewksbury and then hopping in their car to make an 8:00 game in Lowell, or vice versa."

But Tewksbury was where Carlino had his roots, and it was where he most enjoyed playing, competing against old high school classmates and teammates as well as many other former Redmen who had come before and after him.

“The Tewksbury League really grew and became very competitive,” Carlino said. “We probably had two divisions of seven or eight teams each, and there would be 13 or 14 guys on each team, so it was very popular at the time."

The popularity of the league brought some very good players, making difficult to have an immediate impact on the league for a young player, even those as talented as Carlino and his teammates on his team the Beatties, named in honor of Dave Beattie, the father of one of Carlino’s teammates, who sponsored the team. Carlino and most of his teammates were fresh out of college, and about 23 or 24 years old when they joined the league, but they were not an immediate success.

“A lot of us played high school baseball in Tewksbury, but we took our lumps along the way when we joined the league,” Carlino recalled. “There was a learning curve, and we had some so-so seasons early on.”

That soon changed, however, but it took a lot of work and some slick negotiating to help the Beatties improve.

“Believe it or not, a big part of the league was recruiting players. You would talk to people and try and get them to join your team,” Carlino said. ‘So, we started recruiting and became very good and very competitive. It was like today’s NBA, where you tried to form super teams.”

But as competitive as the teams were in both their recruiting and their playing, there was also a sense of camaraderie among the teams. Maybe not between the lines, but certainly once the games ended.

“Sometimes after a game we would go out to left field and fire up the grill or go to a local establishment together,” Carlino said. “A lot times we would play a really competitive game on a Thursday night and the next thing you know we would go out together and have an adult beverage. It was not only a camaraderie among the players, but the wives as well, who also became great friends.”

Carlino’s memories, as well as those of many other players, could no doubt fill a novel, but there are a few that stand out above all others, and one that he recalls the most is probably one that he would like to try and forget.

“We had some good teams and we were in the finals a bunch of years. One of those years, we were in the finals against Town Auto Body, and it was a two out three series and we had won the first game,” Carlino recalled. “And then in the second game we were up by something like 14 or 15 runs and they came back to beat us. Back in those days, the league was so big and so popular that we used to have a banquet at the end of the year with a catered meal and awards and everything, and I remember a bunch of guys from their team had t-shirts made up that said “Miracle on Livingston Street.”

“That was just one memory but there were so many more. There were just so many games and so many great memories with other teams in the league. It was just great to be a part of.”