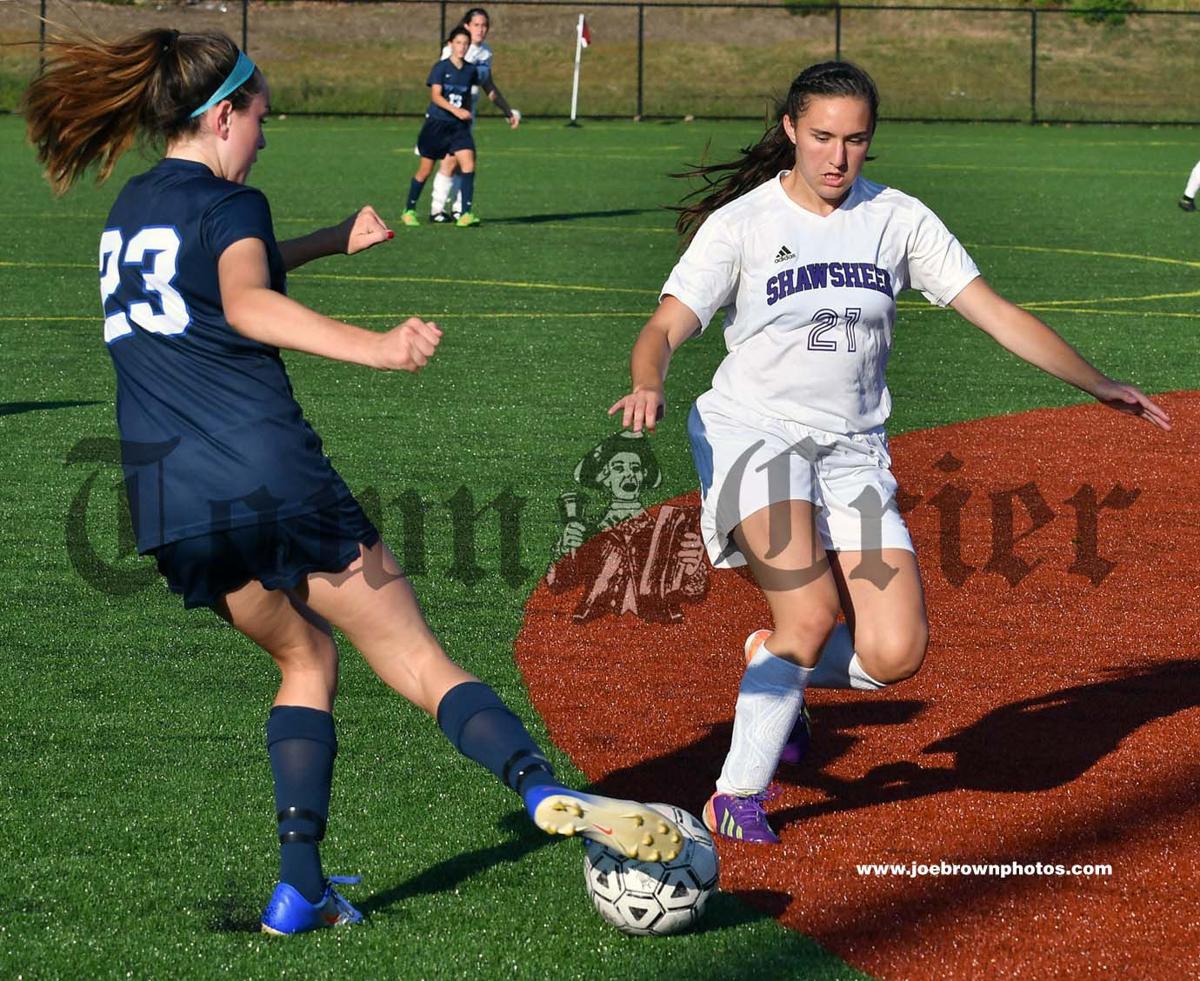 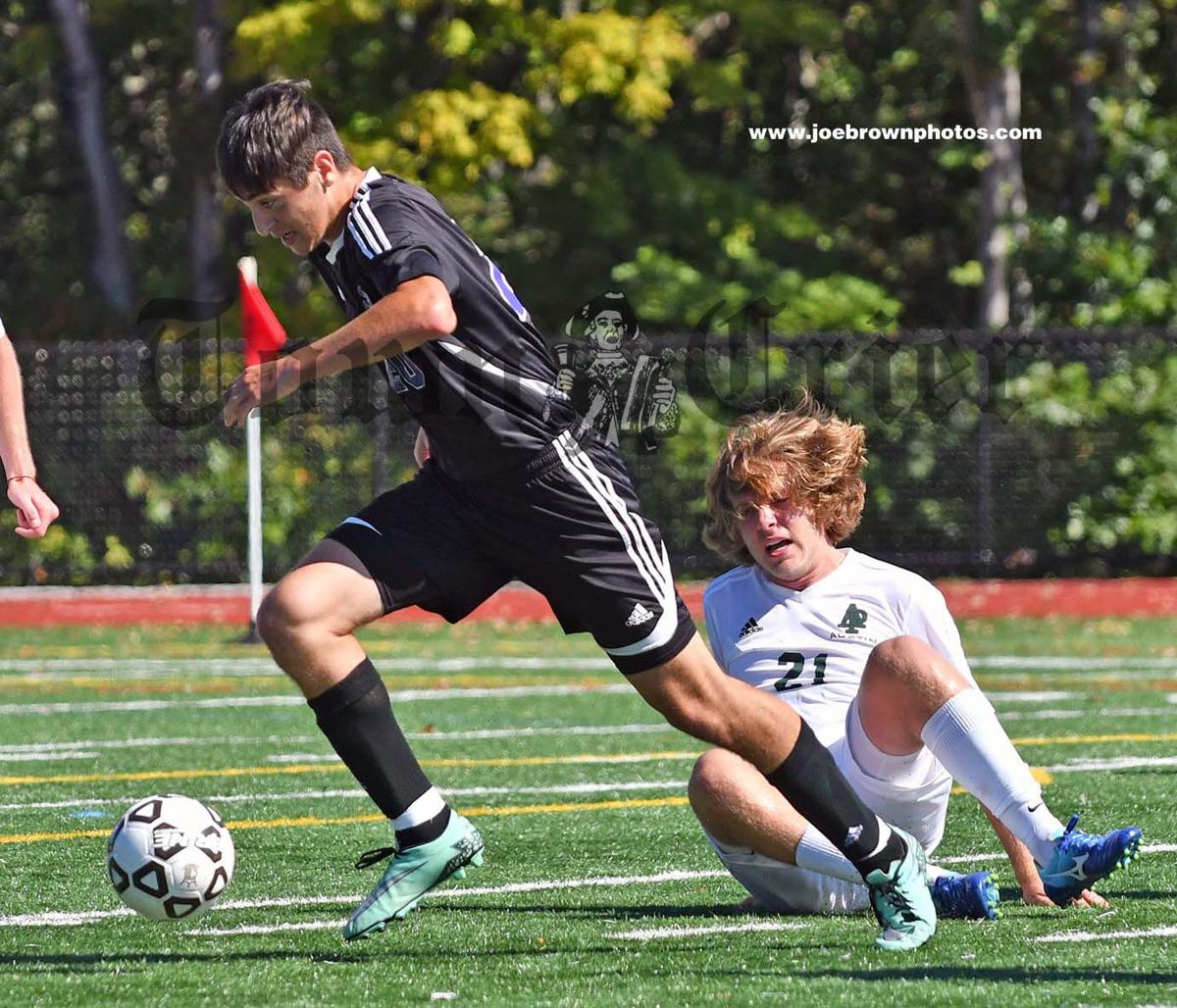 The Shawsheen Tech Golf team put together a great week of play this past week, picking up three consecutive league victories, and in the process closed in on winning what would be an incredible 13th straight Commonwealth Athletic Conference title, improving to 5-4 overall on the season, and 5-1 in the CAC.

The biggest win of the week for the Rams came on Tuesday afternoon, when they avenged their only league loss of the season, with a 6-3 win over Essex Tech, in all likelihood securing at least a tie for the CAC crown, with two league matches remaining in the season, against Northeast and Greater Lawrence, both of whom the Rams beat in blowout fashion earlier in the season.

“This was a very big win for us,” Shawsheen coach Tom Struthers said, “Because if we lose this match then there is no way we in the league. Essex has a fantastic team. I felt going into the season that they would be very competitive for the league title, and they have been great all year.”

The Rams were led to victory in this one by the play of senior captain Chris Galinos, who shot a 37, continuing a great week which saw him shoot a 40 against Minuteman last Tuesday and a 38 against Northeast last Thursday.

The Rams also got an outstanding effort from junior Cam LeRoux, who shot a 39 playing out of the number four spot.

“Cam is really comfortable in that number four spot,” Struthers said. “He is playing really well for us, and he has been doing a great job. He has been very consistent for us. He has been shooting no higher than a 40 or 41, and then he can also have days like this where he is shooting a 38 or 39.”

Senior Nick Nardella also had a big day for the Rams, shooting a 40 playing out of the number six spot.

“Playing in that six, seven or eight spot is always tough because we have kids who are so evenly matched and battling for playing time,” Struthers said. “If you look at Nick’s average, it is probably around a 45, so it was nice for him to step up in a big match the way he did.”

Against Northeast, it was Zach Carpenter who led the way, shooting a fantastic score of 37, while Galinos shot a 38 and Rexford, LeRoux and Kyle Preble each shot a 40.

The Rams were set to play in the Mass. State Vocational Tournament at Acushnet Golf Club on Wednesday as the Town Crier was going to press, with Galinos, Carpenter, Rexford, LeRoux and Matt Irwin representing Shawsheen against the best vocational golfers in the state.

Shawsheen has won the state vocational crown two years in a row.

“We have been lucky enough to win this two years in a row,” Struthers said. “We have a very good group playing for us this year, so we will go out and give it our best shot.”

Both the Boys and Girls Cross Country teams at Shawsheen Tech are off to fast starts to the season, and they each kept up their momentum this week, sweeping a tri-meet against Mystic Valley and PMA last Wednesday at Shawsheen. With the wins the boys team improved to 3-0 on the season, while the girls squad stayed perfect as well, improving to 4-0.

The boys squad defeated Mystic Valley by a score of 21-40, while also rolling over PMA by a score of 17-46. In the win over Mystic, junior Steve Basler of Tewksbury finished first overall in a time of 20:10.

After Mystic took fifth place the Rams clinched the meet by taking the next four spots, with Tay Nordquist taking sixth in a time of 21:58, freshman Alex Smith finishing seventh in a time of 22:06, senior RJ Page taking eighth in 22:24 and freshman Dan Lee of Tewksbury taking ninth in 22:26.

Shawsheen was even more dominant against PMA, taking the top three spots behind Basler, Tuccelli and Strow. After PMA took fourth place, the Rams came back to take spots five through eight behind Nordquist, Smith, Page and Lee.

In the win over Mystic, it was Shawsheen’s depth that led them to victory. Mystic took first place in the race with a time of 24:16, and after senior Jackie Broderick of Wilmington took second for Shawsheen in a time of 25:18, Mystic also took the third and fourth spots.

With Mystic taking three of the top four spots, it could have spelled doom for Shawsheen, but the Rams dominated the rest of the top ten, taking the next five spots thanks to great efforts by junior Ivana Wisky of Tewksbury, Ivana Wisky (26:27), senior Alesha Talbot of Tewksbury (26:58), freshman Rachael Halas (26:59), junior Kara Ippolito (28:58) and freshman Jenna Johnson (29:03).

Shawsheen was back in action on Wednesday against Minuteman at Shawsheen. Results of the meet were not available as of press time.

It was a relatively quiet week for the Shawsheen Tech Girls Soccer team, with only one game on the week, a 2-2 tie at home with Assabet Valley on Monday afternoon. With the tie the Lady Rams now have a 4-5-1 overall record, but more importantly are 3-1 in the CAC Large.

Shawsheen fought back to earn the tie in this one, falling into an early 2-0 hole before battling back to even the score.

“I thought we improved a little bit, but I felt like we could have played better,” Shawsheen coach Doug Michaud said. “We got off to a slow start, and that hurt us.”

Assabet scored twice in the first five minutes of the game and maintained that lead for most of the first half before freshman sensation May DiMino got the Lady Rams on the board late in the half on an assist by Shannon O’Grady.

Shawsheen controlled play for much of the second half, but couldn’t get the equalizer until about seven minutes remained in the game and junior captain Monique Kazelyan scored on a penalty kick to even the score at 2-2.

“It was kind of getting a little frustrating for the girls because we were playing well, but not scoring,” Michaud said. “So, I called a timeout with about eight minutes left and told them to just relax, that we will get a goal. Sure enough, a couple of minutes later we got the goal. Maybe I should have called the timeout earlier.”

In addition to the Lady Rams goal scorers, also playing well for the Rams were senior defenders Catherine McKenna and Jackie Woodward, along with freshmen defenders Eryn Ward and Jacqui Megna.

Shawsheen will be back in action on Thursday when they hit the road to take on Essex Tech in what should prove to be a key CAC matchup if the Lady Rams have aspirations of challenging for the league title, with Essex holding and undefeated league record.

“Essex is on top right now so this is a good opportunity for us,” Struthers said. “We have had a lot of games to prepare us for this one, so hopefully we go out and play well. Essex beat Mystic, who gave us our only league loss, so if we can beat them, it will even everything out, and get us right back into contention for the league title.”

It has been a rough stretch of games for the Shawsheen Tech Boys Soccer team, as they had dropped three contests in a row, despite playing very well, heading into Tuesday’s road clash with CAC rival Greater Lawrence.

Against the Reggies however, the Rams righted their ship, at least for one game, and rolled to a 4-0 victory to improve to 3-6-4 on the season. Junior goalie Mike Reppucci of Tewksbury picked up his first complete game shutout of the season, while scoring for the Rams were sophomore Dan Archibald, senior Ioannis Flaounas, junior Jason Myers, and senior Joe Gennetti. Assists went to Myers, Archibald, senior Story Michaud, and senior Nick Sachetta. Also playing well for Shawsheen, senior Kyle Simonds, senior Shawn Marshall of Wilmington and Billy Eagan of Tewksbury.

In their previous game, the Rams had put up a great battle, but still dropped a tough 2-0 decision to a strong Chelsea team, with one of the goals being a penalty kick a result of a marginal call.

Shawsheen pressured the Chelsea defense throughout the game, but were turned away by stellar defense from Chelsea's netminder. Playing well for Shawsheen were Simonds, Eagan, junior Jose Cruz and senior Robert Danehy of Tewksbury.

If you want to solve your issue anytime and as well as in the most competitive prices I would definitely recommend them for this business!! They are the best!www Website HTGABD

The quality of your articles and contents is great.https://www.indernagra.com/