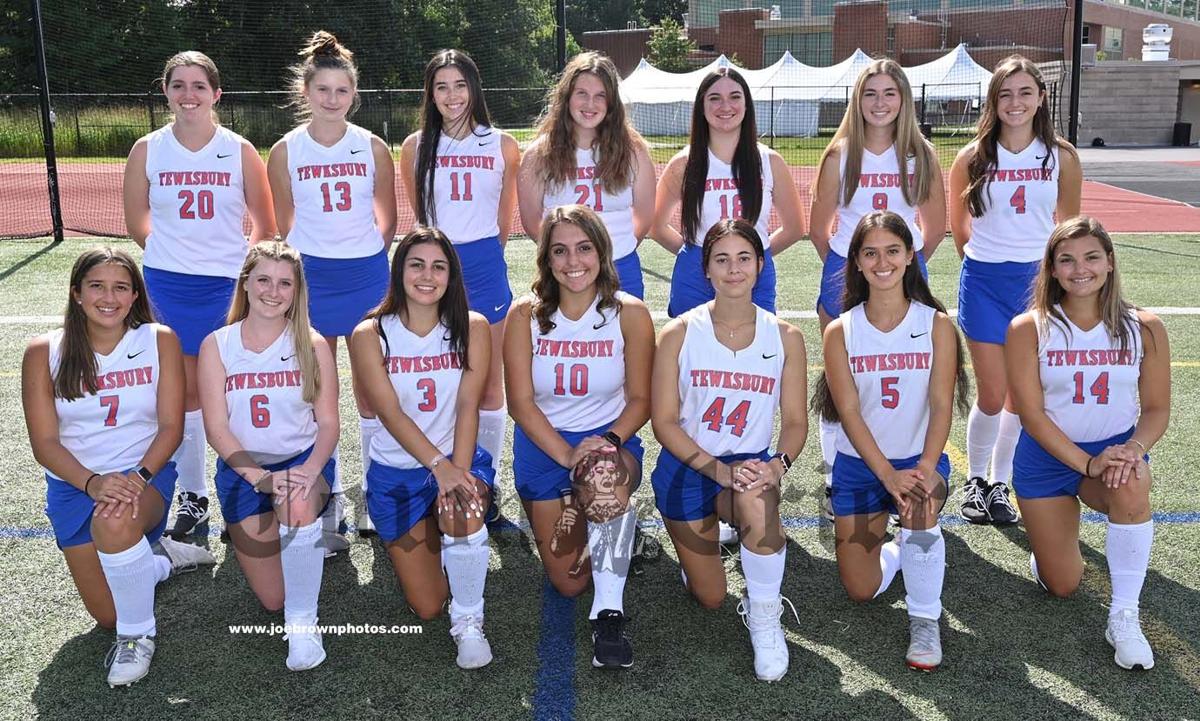 TEWKSBURY – Back on October 25th, the Tewksbury Memorial High School Field Hockey team ended its season with a 6-1 loss to Methuen. That loss capped a tough week of play as earlier the Redmen were defeated by North Andover 4-0 and the No. 2 in Division 1 statewide Andover, by a 5-0 score.

Certainly facing three larger schools is difficult, no matter the season, but this year's Redmen team entered the season without a lot of experienced varsity players, but left knowing there was a lot of improvement made.

Tewksbury ended the season with a 4-10-2 overall record, which included two wins over Dracut and single victories over Methuen and Haverhill, as well as two ties with Wilmington and Auburn.

The losses came against Lowell (2), Bedford, Haverhill, Central Catholic, Wilmington, Chelmsford, Andover, North Andover and Methuen. In that loss to Methuen, Brianna Gagnon scored the lone goal with Katerina Schille getting the assist.

Of Tewksbury's losses, eight came against Division 1 opponents – whereas Tewksbury competes in Division 3 – including No. 2 Andover, No. 14 Chelmsford, No. 15 Central Catholic and then No. 26 North Andover, No. 29 Methuen, No. 39 Haverhill and No. 40 Lowell.

“Overall I think we had a great season,” said first-year head coach Brooke Pacheco. “Even though we did not have the best record, in my eyes those numbers do not reflect the growth that I have seen throughout the season. It was my hope to teach these girls how to connect passes, learn where they needed to be spatially on the field, and improve their 'on ball' skills. I can confidently say that every single one of my players improved over the past two months.”

Pacheco was appointed as the new coach back in the early summer. With a background in soccer, she knew heading into this position that it would be a challenge and there needed to be patience, and she said the members of the team were terrific in that regard.

“I mentioned that these girls were going to have to work with me as I learned the ins-and-outs of the game myself. They did that and more - they were respectful, helpful and eager to be at every practice and game, no matter how many losses we were faced with,” said Pacheco.

“We are truly going to miss our seniors, most of which have been with this program for four years,” said Pacheco. “This graduating class is not only talented but they are smart and have great character. The underclassmen have large shoes to fill but I am excited to see what next year brings and I am hopeful the upperclassmen will take some pointers from the current seniors and captains.

“I would also like to take this opportunity to thank my players for making this first season as the Varsity coach enjoyable and unforgettable. And to those seniors - they were freshmen when I was appointed the JV position in 2018 (my first coaching job ever) and it has been an honor to watch them grow into the people they are today.”