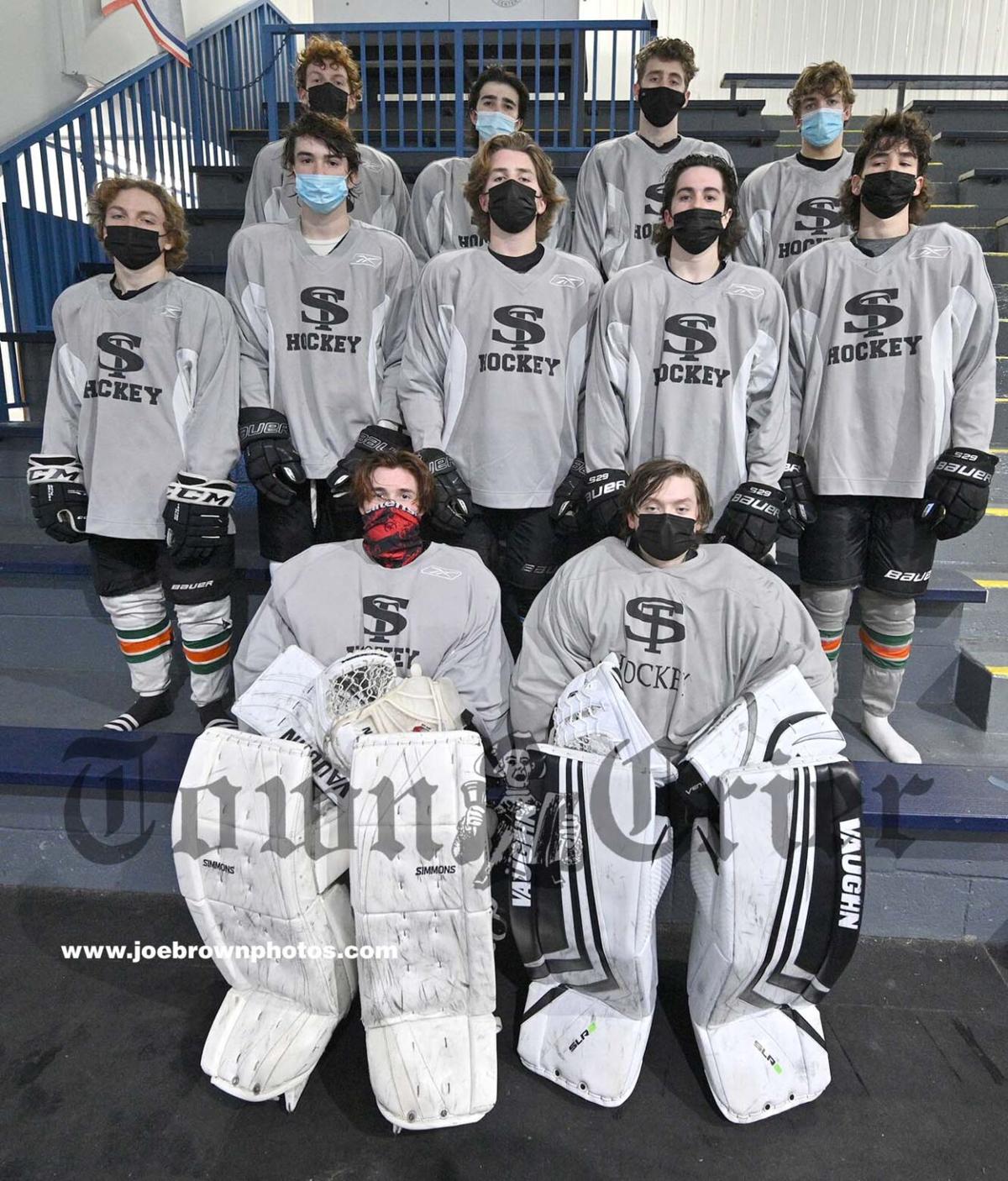 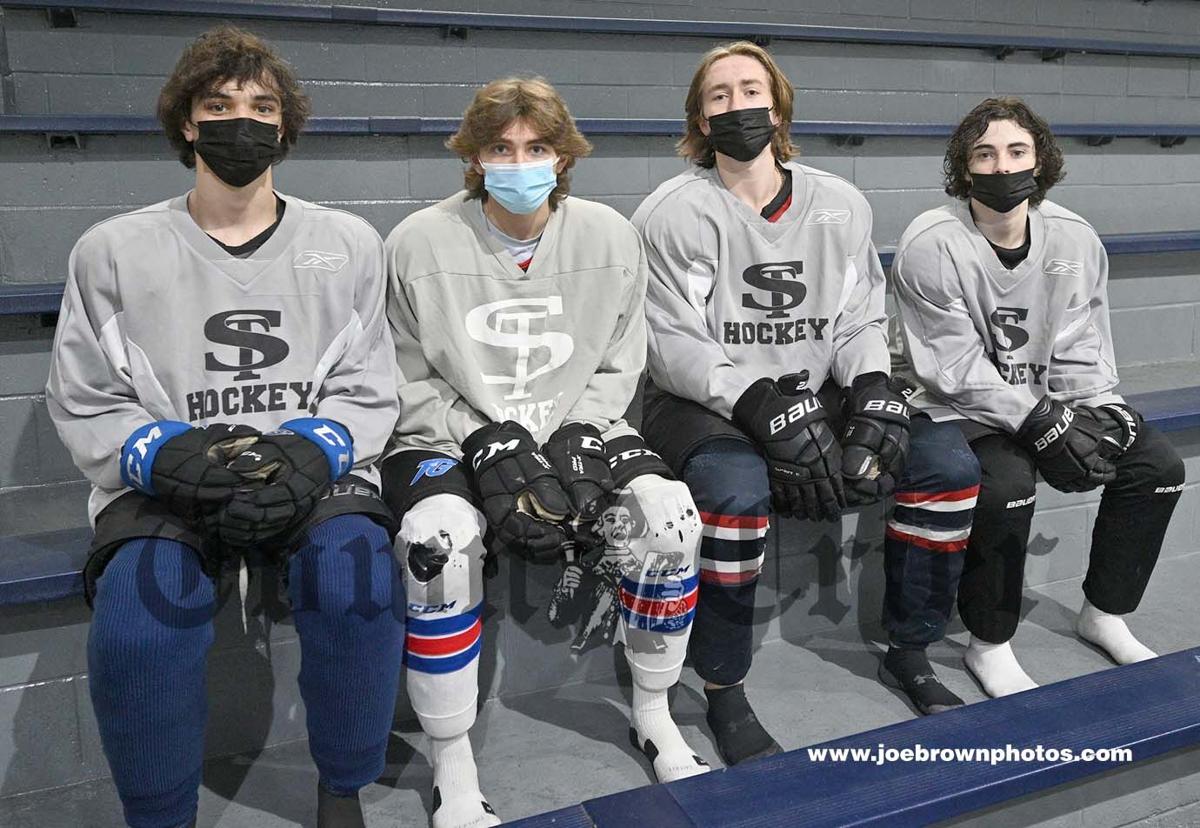 BILLERICA – With all of the changes to high school hockey last season, the Shawsheen Tech Boys Hockey team made sure that at least one thing remained consistent, namely the Rams winning another CAC championship, or at least a share of it, splitting the league title with Essex Tech, for their fourth consecutive league crown.

The Rams were 7-3-1 overall on the season, while they and Essex each went 5-1 in the CAC, splitting a pair of matchups, with the Rams winning a 1-0 thriller at Essex in the season finale on a late goal by Anthony Papa. Essex was the only team to really challenge the Rams in the league last season, as they outscored their opponents by a margin of 32-5 in their six league games.

For Shawsheen coach Chuck Baker, who is now entering his 16th season as coach of the Rams, he was proud of the way his team adjusted their season goals and stayed the course on their way to the league title.

“It was great getting a share of the league title. We had different goals besides getting into the tournament,” Baker said. “They included the league title, but most of all, doing all the right things to make sure we did not get shut down as a program. We did just that and were able to get through the season. Shortened yes, but the kids got to play hockey and they were able to get a little normalcy back in life.”

The Rams will be hoping to continue with some of that normalcy this season, as they take aim at another league title. They will do so without the aforementioned Papa, as well as a pair of Tewksbury residents in Sean Murphy and Connor Preble, all of whom were lost to graduation, but they will also do so with a strong group of returning players.

“We lost some key guys but just like any other year, we just hope that someone steps up,” Baker said. “We have a lot of talent on this team. Everyone just needs to step up, no matter what grade, and do what they are good at and not try to be a player they aren’t. If we do that, I think we could be a very good team.”

While lack of consistent scorekeeping in many venues last season prevented completely accurate statistics for the Rams, they were consistently led on offense by many of their returning players, including junior forward Nick Calouro of Tewksbury as well as sophomore Chase Darcy and junior Brady Darcy, while defensively they got some outstanding efforts on defense from junior Kevin Ackerly of Wilmington as well as senior Tom Sampson of Burlington.

“Those will definitely be players we are relying on, but we will be relying on every player that steps on the ice to do their job,” Baker said.

In goal, while the Rams were forced to say goodbye to Jared Palmer of Tewksbury, they bring back a strong trio of goalies in seniors Tom Dalton and Joey McLaren, both of Wilmington, as well as Aiden MacLeod of Burlington. Baker skillfully dodged the question as to who, if anybody, had taken the early lead for the number one goalie spot.

“We plan to start the goalie who wants the job. Nobody has really proven that they want it,” Baker said. “Well maybe one, but it's still too early to tell. Time will tell as to who wants the start Thursday against Methuen (season opener).”

Dusablon will be the Rams captain, while Sampson and fellow senior Aydan Churchill of Wilmington will serve as assistant captains. Dusablon and Churchill were also captains for the Rams recently completed football season, and Baker is confident that the two of them, along with Sampson, have what it takes to lead the Rams on and off the ice as well.

“They are hard working kids,” Baker said. “They lead by being vocal but most of the time lead by example.”

The Rams will obviously be one of the favorites to win the league, but Baker is taking nothing for granted, as he knows there will be plenty of competition for the top spot.

“Essex is loaded. They are drawing from some great hockey towns,” Baker said. Northeast is always a battle.”

While eager to defend their league title, Baker and the Rams are also looking forward to the chance to play in the post season this year with the return of the MIAA Tournament.

“We are all excited. We can’t wait to get going next week,” Baker said. “The kids deserve this, enough has been taken away from them over the past year and a half.”