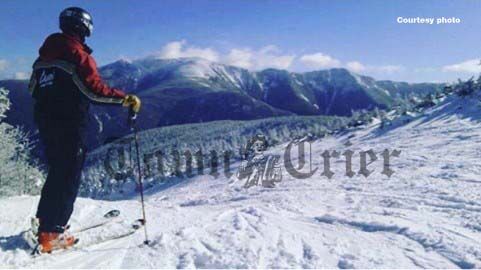 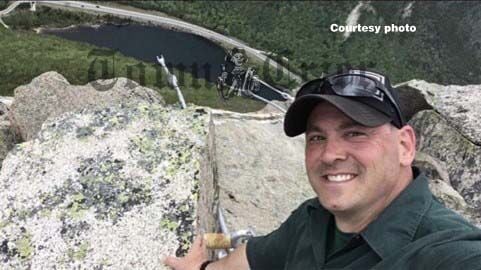 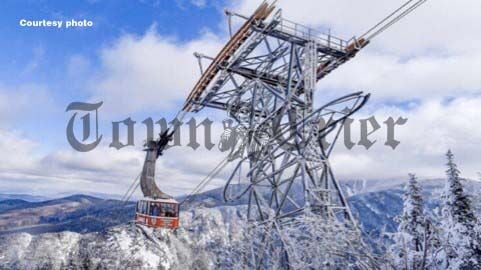 FRANCONIA, NH — Whe­ther it was as a wrestling star for Tewks­bury High School in his high school days, or as a rugby star at East Strouds­burg Univer­sity in his college days, John DeVivo has always been a force to be reckoned with, able to accomplish almost any goal he set out to achieve. If hard work had to be done to achieve those goals, then the 1986 graduate of Tewksbury High was willing to do whatever it took to succeed.

DeVivo then took those same values into the business world after graduating from East Strouds­burg in 1991, and the re­sult has been a career he could have only dreamed of back in his days as a varsity athlete. While wrestling and rugby may have been his sports of choice as an undergrad, it is an entirely different sport which has led him to his great success in the business world, with the ski industry being a huge part of his life ever since graduation.

For the past 13 years DeVivo has been the general manager at Cannon Moun­tain Ski Area & Fran­conia Notch State Park in Fran­conia, New Hamp­shire. DeVivo came to Can­non after stops at Attitash Re­sort and Sunday River where he served in many capacities, before making his way to Cannon Moun­tain where he has achieved his greatest success, turning the mountain into one of the most popular ski locations in all of New Eng­land.

When he left Tewksbury High after a great wrest­ling career to move on to wrestle at the Division 1 level for East Strouds­burg, DeVivo could not have envisioned where his career would take him, but it did not take him long to find his way to the ski slope in what turned out to be a life changing decision. After a year of wrest­ling at East Strouds­burg, DeVivo made the switch to rugby in his sophomore year. He also at that time, made his first foray into the ski in­dustry.

“It was interesting. Half of the guys in the rugby program were in my fraternity, and most of them were working in the ski industry. That was how I got involved in it. I was part of this great community at school,” DeVivo said recently from his home in Bethel, Maine as he prepared for the start of ski season.

Once he got a taste of the ski world, he never gave it up. After working in the rental shop and as a lift operator at Camelback Mountain and Shawnee Mountain during his college days, he went on to be a sales intern at Sunday River before spending the next 16 years there, eventually working his way up to the Director of Moun­tain Op­erations. He then spent a year at Attitash Resort in Bartlett, New Hampshire before Cannon Mountain came calling.

DeVivo’s time at Cannon has been remarkable, as he has been a big part of huge renovation at the mountain. Since he started there in 2007, they have in­creased grooming by 50% and snow making by 70%. They have also added 75% more terrain in that time. More im­pressively, while 50% more water is being moved, they are using 50% less energy. They had been using 3,000 gallons per minute, and are now up to 5,000 gallons per minute. In just his first year, they increased grooming by 50% and reduced fuel usage by 50%.

In 2010 they installed double chairs and starting in 2011 they underwent a mas­sive facelift, with some help from their Partners, Fran­conia Ski Club. That project lasted from 2012-2016, as Franconia Ski Club helped with the chair project and with the trail project at Franconia Notch State Park.

If that all sounds a little overwhelming, perhaps that’s because it could be for someone not as totally committed to the project as DeVivo has been. And his commitment is not just to the ski area, but to the hiking trails at Fran­conia Notch as well.

“It seems like we have been working 24-7 for the past 13 years, but I always go by the old adage that if you love what you are doing, then you will never work a day in your life, and I am lucky enough to do that,” DeVivo said. “I know that we run one of the most iconic state parks and a world famous ski area, and I take a lot of pride in that.”

That pride has shown throughout his years at Can­non, with the ski area attrac­ting approximately 150,000 visitors every ski season. Cannon has continued to grow and expand under the direction of DeVivo, but it has also maintained the same charm that first attrac­ted DeVivo and so many others to the mountain.

“Cannon is very modern, but it is still rustic. Most importantly it is still about the on hill experience, and the people who come to Cannon love that,” DeVivo said. “The beauty of Can­non is its simplicity. You don’t see lodging, or see the town below you. It is all about nature.

“Because we don’t have some of the amenities and fluff of other mountains, we sometimes get overlooked, but we still manage to win favorite ski area in New Hampshire year after year.”

Cannon was in fact de­scribed as an “Undiscov­ered Gem” in the Febru­ary 2020 edition of Ski Ma­gazine, an honor that DeVivo takes great pride in, but also finds rather amu­sing.

“We are not really an un­discovered gem,” DeVivo said. “We are right off route 93, and we really can’t be much easier to get to.”

This season of course will be a little different for visitors who head up 93 to exits 34B and C. Like ev­eryone else DeVivo and Cannon are dealing with new restrictions and limitations due to the COVID-19 pandemic. Just as they did during the summer hi­king season, DeVivo and his staff will adjust and adapt. They will be operating at a reduced capacity and moving as many services as possible outdoors in order to keep their guests safe while still enjoying the historic mountain ex­perience.

“Everything like rentals and reservations and tickets and things like that will all be done online on­ly, and at the mountain things like food and re­pairs will all be outdoors. We will of course have so­cial distancing signs and you will need a mask if you are around other people” DeVivo said. “We will also be operating at about a 75% capacity outside and a 50% capacity inside. Nor­mally on a very robust Sat­urday, we would have about 4.500 guests, but we have trimmed that, and it be more like 3,400-3,500 guests.

“I would caution people not to just show up without tickets. We sold a lot more season passes this year because people don’t want to be shut out.”

One thing that DeVivo promises won’t change, how­ever, is the awesome experience that each and every guest enjoys while at Cannon. DeVivo and his staff have been hard at work almost since they were forced to shut down in March to make sure that this season’s ski experience will be just as memorable as it has been every year at Cannon.