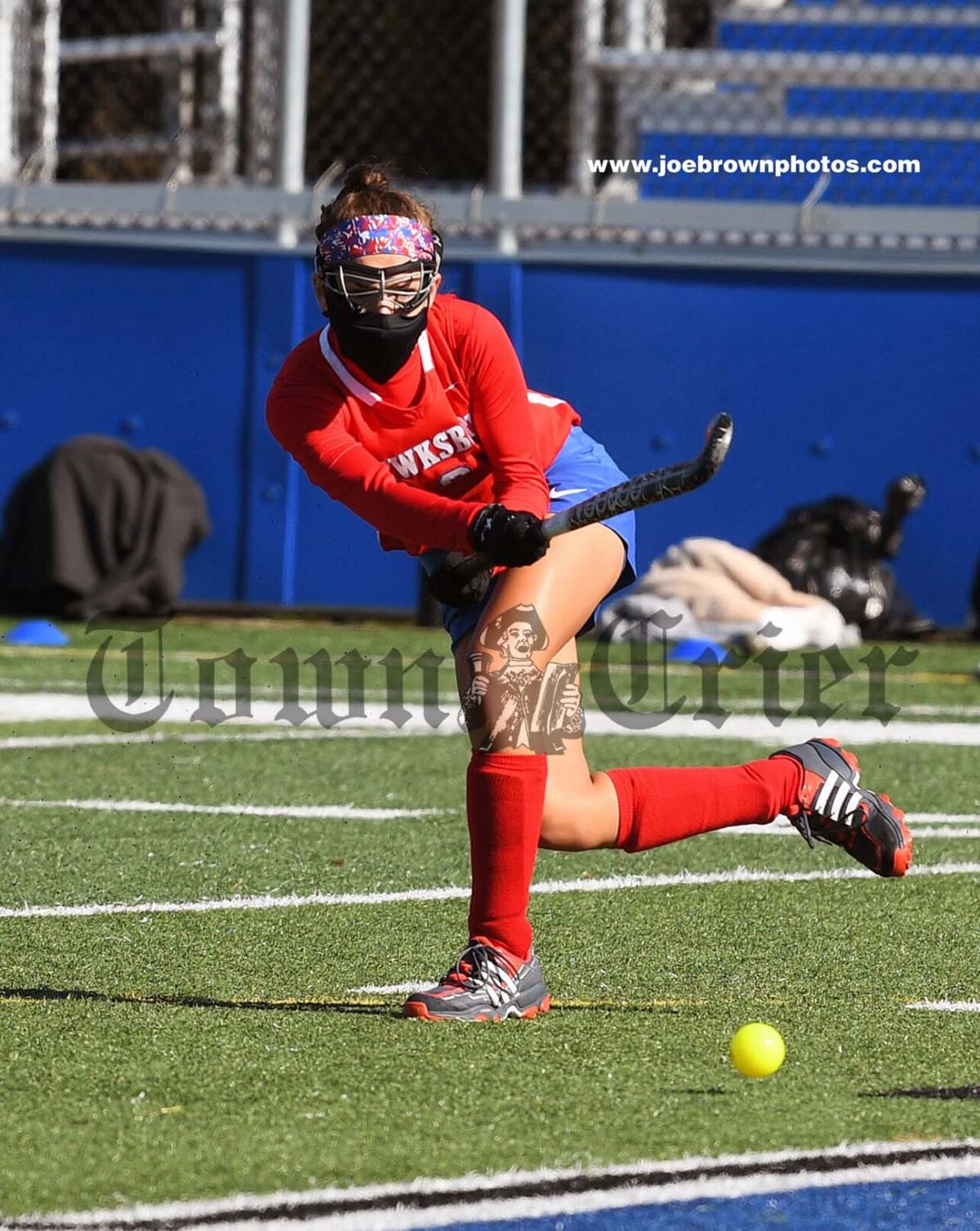 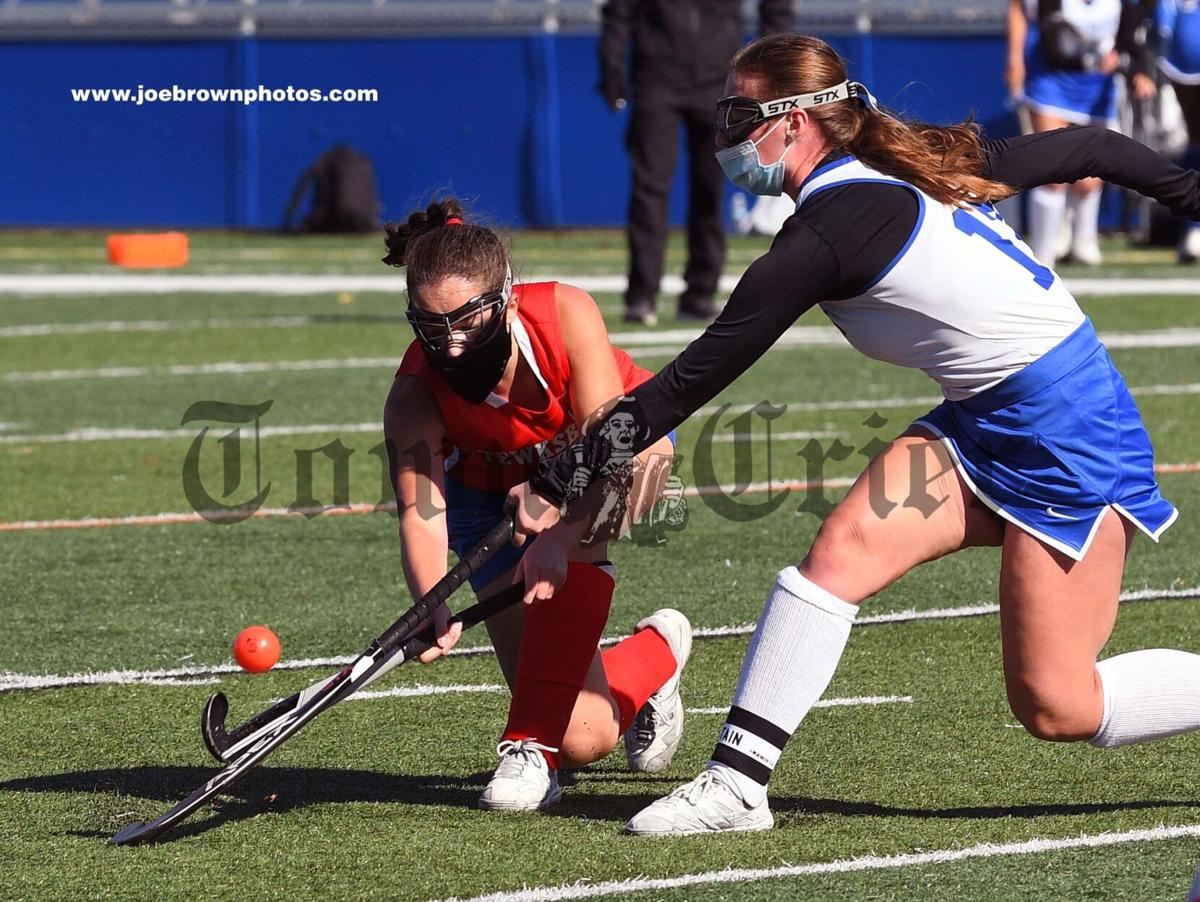 CHELMSFORD — Heading into an already difficult and bizarre season, it was well-known that the Tewksbury Memorial High School field hockey team had some inexperience in a handful of positions mainly due to some talented players graduating last year, while Brianna Gagnon, the team's goalie in each of the previous two seasons, elected to be a field player.

Certainly the team took its lumps early on, losing to Lowell and Methuen by a combined score of 15-3, before turning things around with a handful of more competitive games including a pair of tough losses to Haverhill (1-0 and 2-0), two wins over Dracut (6-0 and 4-2) and two competitive games with Central Catholic (7-4 and 5-3) and then topped off by a lopsided 7-1 loss to a talented Chelmsford Lions team at their place Friday night which ended the season for Tewksbury with a 2-8 record.

“Chelmsford was a tough game. It was the only game this year where I felt like we couldn't get a handle on anything. Other than that, I feel like the girls have been playing really well,” said head coach Jordan Buckland. “We had Central Catholic the two games before that. Those were definitely the two best games that we played all season.”

In the loss to Chelmsford, freshman Kat Schille scored the lone goal. In the 5-3 loss to Central Catholic, Eyhvong Phalla, Schille and Mia Gaglione scored the goals while Alexis Raymond dished out assists in all three.

“The scoring was spread out this season,” said Buckland. “I thought at the beginning of the season, we struggled with that because we weren't getting a lot of quality shots on net. Obviously we know that Alexis would be such a huge part of our offense and continued to be, but she went more into the assisting position which was great.”

On the season, Tewksbury was outscored 39-21. Raymond led the offense with 5 goals and 8 assists, while, Brittany Kennan, Schille and Gaglione had four each. Gagnon notched two goals before going back into the net in the team's last three games, and then Courtney Capachietti and Phong had one each.

“The girls did well with what they were given. At the beginning of the season I felt as if we were struggling a little bit more compared to the other teams. Those teams didn't seem to be outnumbered and we seemed to be outnumbered,” said Buckland. “By mid-season, they really started to come together. I thought the entire season would be substitute, substitute and substitute and they rose to that challenge. Their endurance improved and I had girls who were able to play longer periods of time and learn the positions better which was great. I told them that I can't wait for next season because you'll realize how crowded 10-vs-10 is so maybe now you'll spread out more and use these new skills that we have.

“I'm just proud of them. I'm ecstatic that we got in essentially a full season. I know we usually play between 13 and 15 games and I'm hearing others towns in some cases only played four, five or six games and I'm just ecstatic with how often we got to play and how often we were able to get together to practice. It almost seemed like it was a season long practice. It was great and I'm just really proud of them.”

Dawson, Hinkle and Marshall were the tri-captains.

“The juniors who were on the team this year, were also on the team last year as sophomores,” said Buckland. “They now definitely have a grasp on the higher level of play which is fantastic. We're going to see this group now shine because they knew for so long, that they were the back-ups to this large senior class and were there to support the girls who were ahead of them. They learned from that so I think that junior class of girls are really going to step up next year.

“We're going to need some rebuilding on defense as the majority of the girls back there will be graduating, but I feel like that happens every couple of years where you are rebuilding one side of the field or the other. Courtney Capachietti was always used s a forward. She has strong stick skills, she always puts herself in front of the net in a good position, but because of our 6-on-6 set up this year, when I put her in there as a (forward) wing, she's just so fast that she would get back and help out on defense.

“The last couple of games, we were putting her in on defense because I needed someone out there who was not going to get tired and who could clear the ball out. I joked to her saying, 'too bad you scored so often because you may go back on defense next year'.”